Munich – The ‘VCO Cup of Nations for UNICEF, presented by Arconis’ delivered the expected thrills – and action aplenty – on Saturday. During three preliminary races and a ‘last chance’ qualifying race, 64 drivers from 16 nations battled for the ten final-day starting places up for grabs. The pairings for the knockout round promise to deliver top-class Esports racing from 18:00 on Sunday as the drivers strive to claim the £7,500 prize money for the top three nations. On the VCO Vimeo account, you will find ready-to-use video footage from Saturday. Just click here: https://v-c-o.info/CoNFootageSaturday.

Competition for points in the group standings began on the virtual circuits of Spa-Francorchamps, Barcelona and Suzuka. Team Italy secured victory at the ‘Ardennes roller coaster’ in Belgium, with Simone Maria Marcenò at the wheel of his Australian Supercars series’ Holden. Maximilian Benecke, the first Esports racer with an iRating of 11,000, proved unbeatable in the Porsche Cayman GT4 Clubsport at Barcelona and claimed a first triumph for Team Germany. In the 40-minute Suzuka race, it was the French duo of Antoine Higelin and Yohann Harth in the Nissan GTP ZX-T who came out on top.

Based on accumulated points, Germany, Italy, Great Britain and France qualified for Sunday’s semi-final as group winners. Hungary, Spain, Australia and Chile accompanied them as runners-up in the groups. The two remaining spots for the final round were claimed on the legendary ‘Indianapolis Motor Speedway’. Tim Claessens from Belgium prevailed after numerous yellow-flag periods – ensuring that his team would reach the next round. Team USA also gave a strong team performance to finish amongst the best ten. The following semi-final pairings are scheduled for Sunday:

France vs. Belgium
Germany vs. USA
Italy vs. Hungary
Chile vs. Australia
Spain vs. Great Britain

Four teams will be eliminated in the semi-final phase, before the last six teams compete in four races to determine the overall winner.

Reactions to the first day of the VCO Cup of Nations:

Antoine Higelin (Team France): “Yohann made a good and safe start as we were quite surprised by the standing start. He managed to overtake Team Spain on the outside of 130R and then hot lapped until the end of the stint. We decided to pit early to undercut the teams in front of us. After the pit-stop I closed the gap from five seconds to one second thanks to the strategy. With five laps to go, the leaders made a mistake that helped me to take the lead in T1.”

Yohann Harth (Team France): “I was quite confident that our team was good enough to make it through the group stages, but I never expected to end the day in first place. Everybody drove perfectly, I’m looking forward to tomorrow!”

Maximilian Benecke (Team Germany): “After buying some last content just hours before the race, we are very happy with the result and are really looking forward to the races tomorrow. The first two races overall were very good for us as all drivers had a similar pace and finished in very good positions. Winning the GT4 race indeed feels very nice, because it probably was my second time driving the car. Unfortunately, Patrik got taken out in the lead in the last race which cost us first position overall. The tournament is great as you suddenly drive together with people from other teams – and you want to win together for your country.”

Simone Maria Marcenò (Team Italy): “We put in an enormous effort, doing the best we could with the few laps. The only car I was struggling with was the Nissan Prototype. Fortunately, I was able to do the best I could in races one and two and our team is first in our group. Honestly, I am very happy about my performance at Spa with the Holden. I know that maybe with same set up I could have shown my pace against the best. It was a flawless race for me in race one. I am angry with myself for the rookie mistake of late braking against Max Benecke and losing the race. Race three was a storm from start to finish. We were third but were taken out and finished fifth, but overall we are happy with ourselves.”

Everyone taking part in the VCO Cup of Nations was asked to make a voluntary donation to the child welfare organisation UNICEF when they registered and to advertise the donation links on their social media channels during the Esports racing tournament thus supporting UNICEF’s work all over the world, especially in response to Covid-19. VCO and Williams Esports set a good example by donating £2,500 to UNICEF. 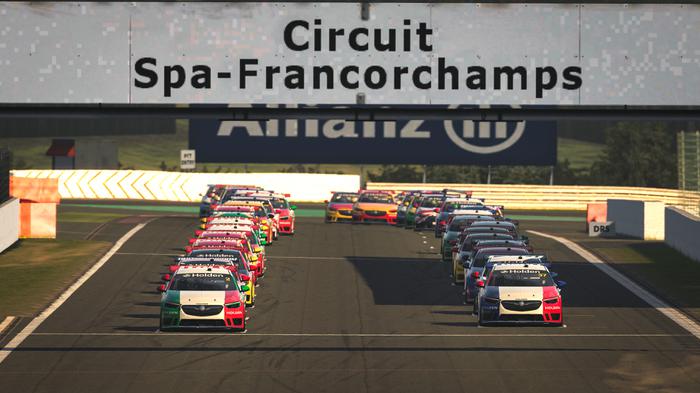 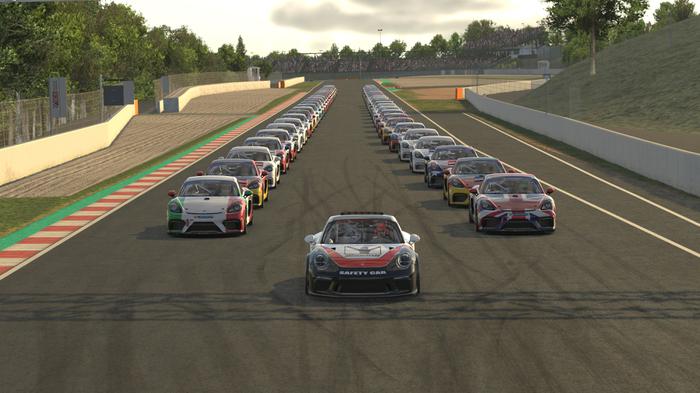 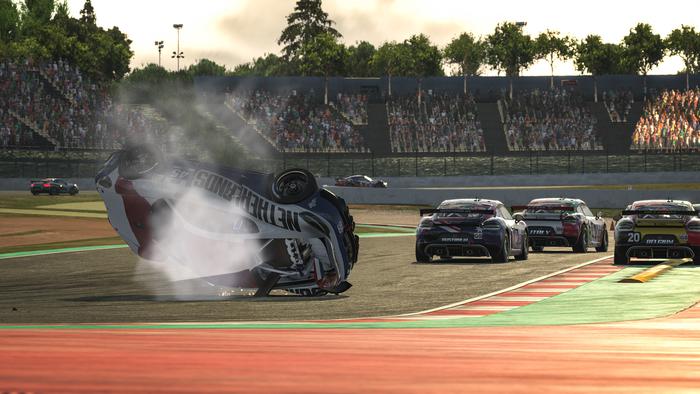 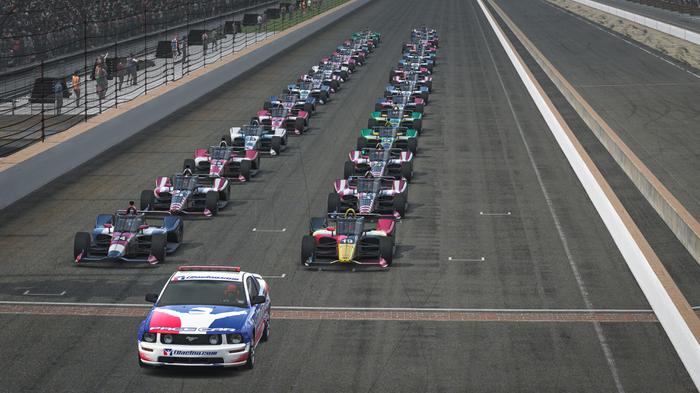 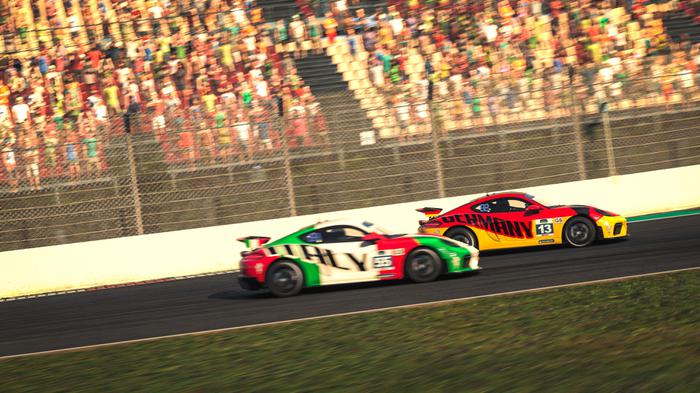 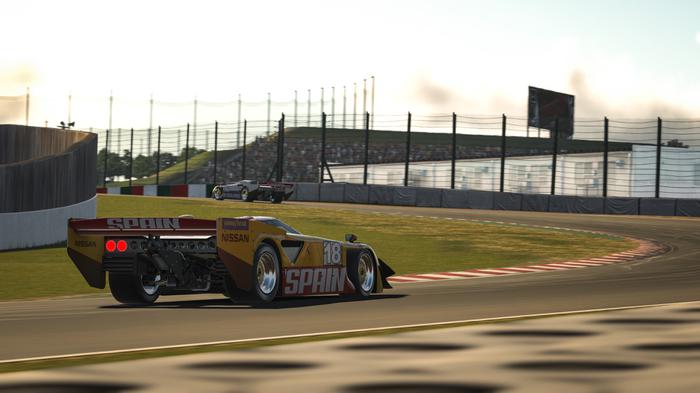 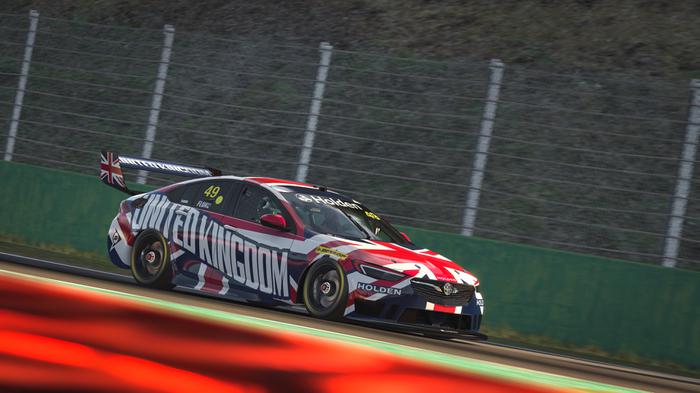