• After the successful debut of the new VCO multi-platform competition in January, the regular season is about to start in the Esports Racing League.
• As the year progresses, the teams from all around the world will be competing for 50,000 US dollars and for qualifying for the second Esports Racing World Cup.
• ERWC champions Team Redline is the team everyone is chasing in the ERL Spring Cup.

Munich – The first tournament day of the regular season marks the start of the new Esports Racing League from the Virtual Competition Organisation (VCO) on Wednesday (from 19:00 LIVE on Twitch and YouTube). The 26 participating international Esports racing teams will be kicking off the ERL Spring Cup as they compete against one another on the simulation platform Assetto Corsa Competizione. A total of 78 drivers will be battling for their teams through the preliminary round, a Second Chance race and the quarter and semi-finals to secure a spot in the final, which will feature a duel between two three-driver crews.

In addition to Assetto Corsa Competizione, the ERL will also be hosted on the rFactor 2 and iRacing platforms. After two further tournaments on rF 2 (23rd March) and iRacing (6th April), the ERL Spring Cup Masters is scheduled for 20th April. This will feature the twelve best teams from the Cup standings battling for 10,000 US dollars in prize money. The ERL Summer Cup and the ERL Fall Cup will then take place in the same format as the season progresses. The twelve teams at the top of the ERL overall standings will then qualify for the second Esports Racing World Cup in early 2023. In total, the VCO will be awarding prize money of over 50,000 US dollars in the ERL 2022. Another 50,000 US dollars will be up for grabs at ERWC II.

The competitors will include some of the most successful and well-known teams in Esports racing. At ERWC I in January, Team Redline underlined its exceptional status, winning the first edition of the VCO season highlight ahead of R8G Esports, the team headed by IndyCar star Romain Grosjean, and BS+COMPETITION. Six new teams have joined since the World Cup. The historic Brabham motor racing brand will be celebrating its Esports debut, competing in the ERL. eTeam BRIT also boasts a unique background story, aiming to record top results exclusively with physically disabled drivers.

The ERL also demands flexibility as far as cars are concerned. In the ERL Spring Cup, the Mercedes-AMG GT3 will be in action on Assetto Corsa Competizione. The ultrafast formula race car Formula Pro will be racing on rFactor2. The teams will then compete in the Holden ZB Commodore supercar on iRacing.

Behind the scenes, the ERL is a joint venture between RaceSpot TV, The Sim Grid, P1-Gaming e.V. and the VCO. The three VCO commentators Lewis McGlade, Arjuna Kankipati and Luke Crane will be there to guide you through the schedule.

The ERL teams at a glance: 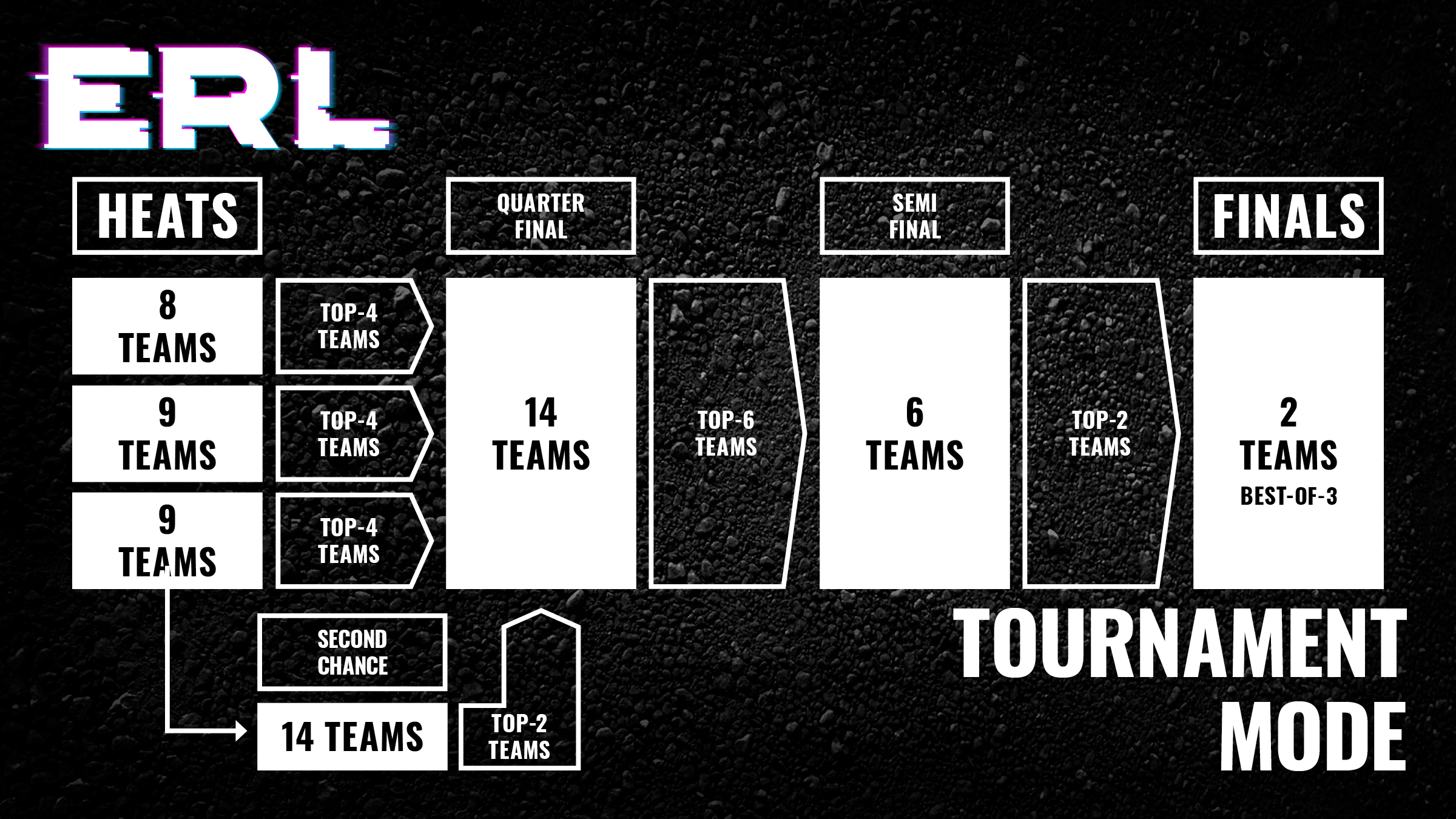