Munich – He is a legend at the microphone and his voice is recognised by millions of motorsport fans: John Hindhaugh has been commentating on races all over the world for more than 30 years. Since 1989, he has only missed the iconic 24 Hours of Le Mans once. He has also worked at every Nürburgring 24 Hours since 2007 – as he will this Saturday, when he takes up the microphone for Radio Show Limited to describe the action in the iRacing 24h Nürburgring powered by VCO. Speaking in an interview with VCO, the ‘voice of endurance racing’ discusses his love of the Nordschleife and the great potential of Esports Racing. Hindhaugh also gives an insight into his preparations for the iRacing 24h Nürburgring powered by VCO and even dares to make a prediction for the race.

John, you have worked at the real 24-hour race at the Nürburgring a few times in the past. How much are you looking forward to the iRacing 24h Nürburgring powered by VCO?

What do you find so appealing about the Nürburgring?

Hindhaugh: The Nordschleife is a legend. The whole region around the circuit is mad about racing, and the layout is obviously unique. I know people from other parts of the world, who only knew the Nürburgring-Nordschleife from online and console games, and who I have actually had to convince that the circuit really exists. Many thought it was only a virtual circuit, the product of a developer’s vivid imagination.

How do you prepare for the kind of endurance race you will be commenting on this weekend? You share the microphone with the proven Racespot team…

Hindhaugh: You obviously do some more specific preparation for the circuit. At the same time, however, there are a lot of meetings. We have technical meetings and production meetings, which are primarily about discussing the strategy with all the commentators and co-commentators for the race. We sort out who is doing what shift and split the work between us.

So the preparations are not that different to those for a real 24-hour race?

Hindhaugh: Actually, no. The biggest difference in our preparations for an online race is that everyone is working from home. Compared to a real race, it involves a lot more technology. On the whole, however, the preparations are actually very similar.

Do you do anything special to stay fit during the weekend?

Hindhaugh: I think I try to get myself in shape, just as the drivers do. Although we already have a lot to do in the days leading up to the race, I avoid drinking too much coffee. As a result, a cup of coffee during the race has a completely different effect. I am very careful about what I eat during the race. I don’t eat too much and usually only drink water.

How elated are you when the race finally gets underway?

Hindhaugh: There is always a lot of action, particularly on the Nürburgring-Nordschleife. The first two laps are often very exciting. However, the race is not won then – it can only be lost. As such, you sometimes have to rein yourself in and cannot burn yourself out too early – you have to have something in reserve for the final few laps. We have had races which have only been decided on the very last lap.

From a commentator’s perspective, does a virtual race at the Nürburgring have any advantages over a real race?

Hindhaugh: The many cameras ensure that we have the best possible coverage of the track during the broadcast. The first time I worked on a DNLS race, it took me a while to find my feet, as there were views of parts of the circuit that I had never seen before, as no cameras are permitted there in real life. In the meantime, I’ve now become very accustomed to it. Another thing that helps is the colleagues from Racespot who are responsible for editing. They are brilliant and help us to tell a story. Also, there are fewer cars and classes than in the real race. That gives us the opportunity to focus more on battles between teams.

What do you expect from this weekend’s race, from a sporting point of view?

Hindhaugh: The first three events of the DNLS powered by VCO have shown what a high standard of competition there is in all the classes. At the same time, we have also seen some teams establish themselves at the front a little. For example, the guys at VRS Coanda have already claimed a lot of podium finishes in their class. In the SP9 class, you can’t look beyond the MAHLE RACING TEAM when you’re discussing favourites. However, the many BMW teams are also sure to be very strong. I don’t see that anyone will really dominate and leave the rest behind. It is going to be very exciting. One thing I do know is that, no matter when the spectators switch on and follow the race, they are bound to see a thrilling battle for the lead in one of the classes. I can almost guarantee that.

Let’s look at Esports Racing in general, as the sector is currently enjoying a huge boom. How much does the difference between the real and the virtual world play a role in your job?

Hindhaugh: At Radio Le Mans, we’ve had a strong affinity with online racing and the Esports area for many years. We worked in the field with Nissan many years ago – my voice was used on Need for Speed Pro Street and I also worked for Forza. In the end, I don’t think it matters whether the sport is taking place in the real world or the virtual world. The platform is not important.

Do you feel that the performance of Esports professionals is sometimes underestimated?

Hindhaugh: I believe that is changing a little at the moment – and not just because of the current situation. I think those who take part in online racing themselves in particular can easily see the incredible level the Esports pros are performing at. And the fact that an awful lot of well-known racing drivers from the world of real motorsport are currently taking part obviously also helps. That gives the public a better feel for what these guys are doing.

What do you think – can Esports Racing establish itself beyond the coronavirus crisis?

Hindhaugh: I think it has to be done in an organised and structured manner. For that reason, I believe organisations like VCO have a big advantage. They speak to various different stakeholders in the community and in the industry. We at Radio Show Limited have also been working with TORA (The Online Racing Association) for many years. I think that now is the opportunity to ensure that Esports Racing finds its own place, for example, as an addition to real motor racing and run parallel to championships, as is the case in the British GT Championship. I believe the big organisations must acknowledge that Esports is not only fantastic, but is also addressing new target groups.

Above all, a young target group …

Hindhaugh: Absolutely. For the past five years, NASCAR had been struggling with the demographic of its television audience. Since they have been broadcasting virtual NASCAR races on NBC and FOX, there has been a rise in the figures in the important 16 – 34 age group.

Motorsport is very well-suited to the virtual world. To what extent does that play a role in the current boom?

Is there any aspect of virtual racing that you would like to see in real motorsport?

Hindhaugh: Like all my television colleagues, I think it would be fantastic to have the same drone footage as we currently see in virtual races. However, I don’t think that will be possible for safety reasons. I find it fantastic how easy it is to speak to the drivers via TeamSpeak – sometimes even whilst they are driving. That proximity and close contact with the drivers is something I would also like to see in real motorsport.

The virtual world allows us to simulate race conditions and certain configurations, which you could never have in the real world. What would you like to see?

Hindhaugh: I think – no matter which driver, car or championship – it has to be on the Nürburgring-Nordschleife. I would be able to come up with plenty of things there. How about the latest Formula 1 cars on the Nordschleife? Or IMSA cars – even if only the GTE cars? Wouldn’t that be fantastic? I believe that this circuit is quite simply the ultimate challenge. I always say if there could be only one racetrack in the whole world, we would have to make sure that it was the Nürburgring-Nordschleife.

VCO is streaming the iRacing 24h Nürburgring on the following platforms: 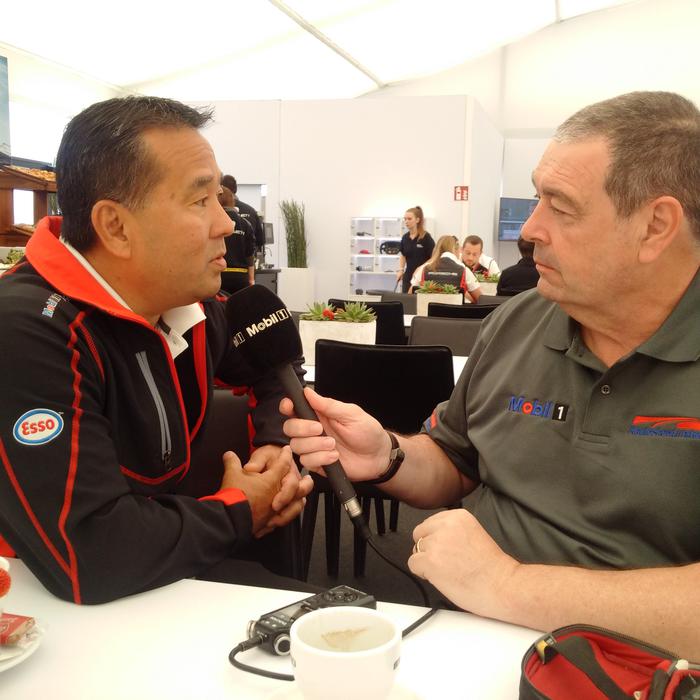 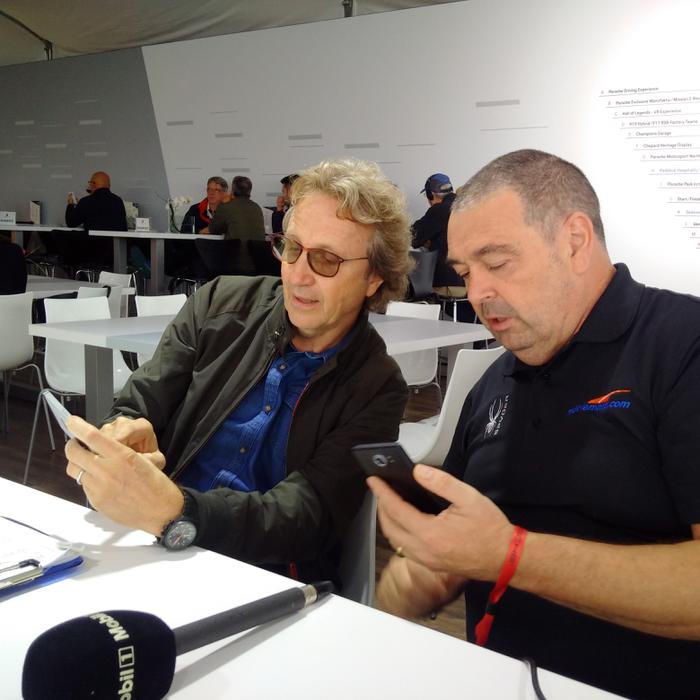