Munich – The Apex Racing Team remains the team of the hour at the halfway point of the season in the IMSA Esports Global Championship powered by VCO. The duo of Alejandro Sanchez / Kevin Ellis Jr. repeated their outstanding performance from the season-opener to record another commanding victory at the virtual WeatherTech Raceway Laguna Seca. The Apex Racing Team celebrated a one-two result in the Porsche 911 GT3 R, thanks to second place for Jamie Fluke and Yohann Harth. Team Redline crossed the line in third place. In the Touring Car category, this time Florian Lebigre and Valentin Mandernach from R8G Esports prevailed in the Honda Civic Type R. Second place went to the opening-day winners from SimRC.

Two safety car periods – the first of the season – turned the 2:40-hour race into a thrilling battle of strategies. Some teams gambled on fuel, hoping to reach the finish line without an additional stop. Those included the KOVA Team, leading in the #7 BMW M4 GT3 before having to make another fuel stop just minutes from the end. They secured seventh place. Both Apex Racing Team crews relied on their good speed, as they chose not to experiment with strategies and crossed the line with a substantial lead.

In the Touring Car category, the opening-day winners from SimRC headed the field during the first half of the race. However, R8G Esports moved into first place after the pit stops and did not look likely to surrender that position. Third place went to Semper Racing.

Kevin Ellis Jr. (Apex Racing Team, overall winner): “I drove at the start this time, which made my preparations a bit more stressful, but it went well. I stayed out of everything and completed a clean stint. The second safety car period was a bit confusing and we weren’t entirely sure whether we should stop for more fuel or not. We decided to do that as things took longer, and that paid off in the end.”

Alejandro Sanchez (Apex Racing Team, overall winner): “Kevin handed the car over to me in a very good position. I just had to make it safely through the traffic and wait until the others pitted for fuel. That worked very well. I am very pleased with our second win in two races.”

Valentin Mandernach (R8G Esports, Touring Car class winner): “I gave it everything after the safety car and tried to take the lead. I saw my chance when the car in front of us was overtaken by a GTD car, and used that moment.”

Florian Lebigre (R8G Esports, Touring Car class winner): “For our class, it is unbelievably difficult to deal with GTD cars that are so much faster on a tight track like Laguna Seca. We have two spotters to help us when being lapped. Nonetheless, it’s still really stressful and I am pleased that we got through it this time.” 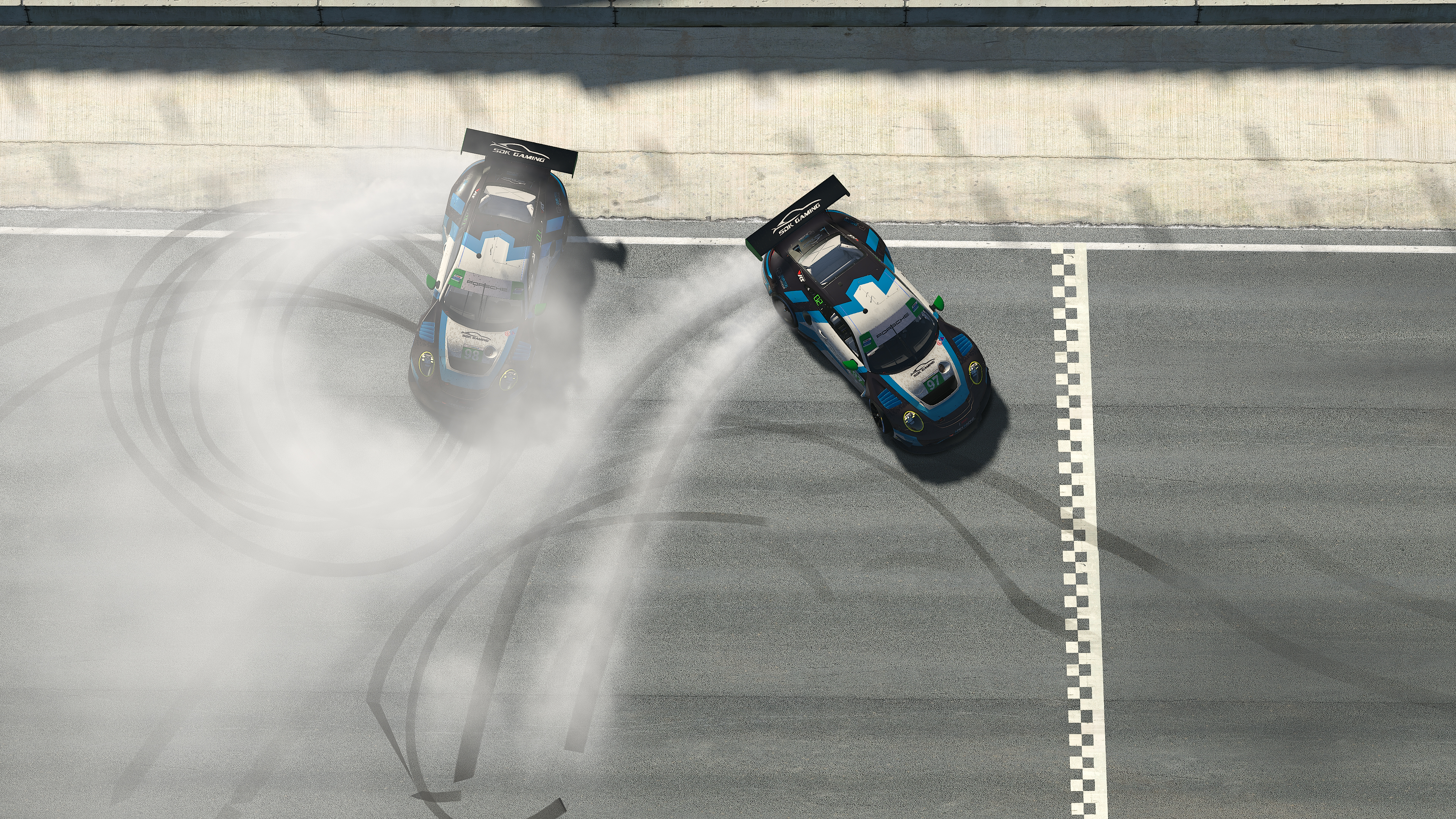 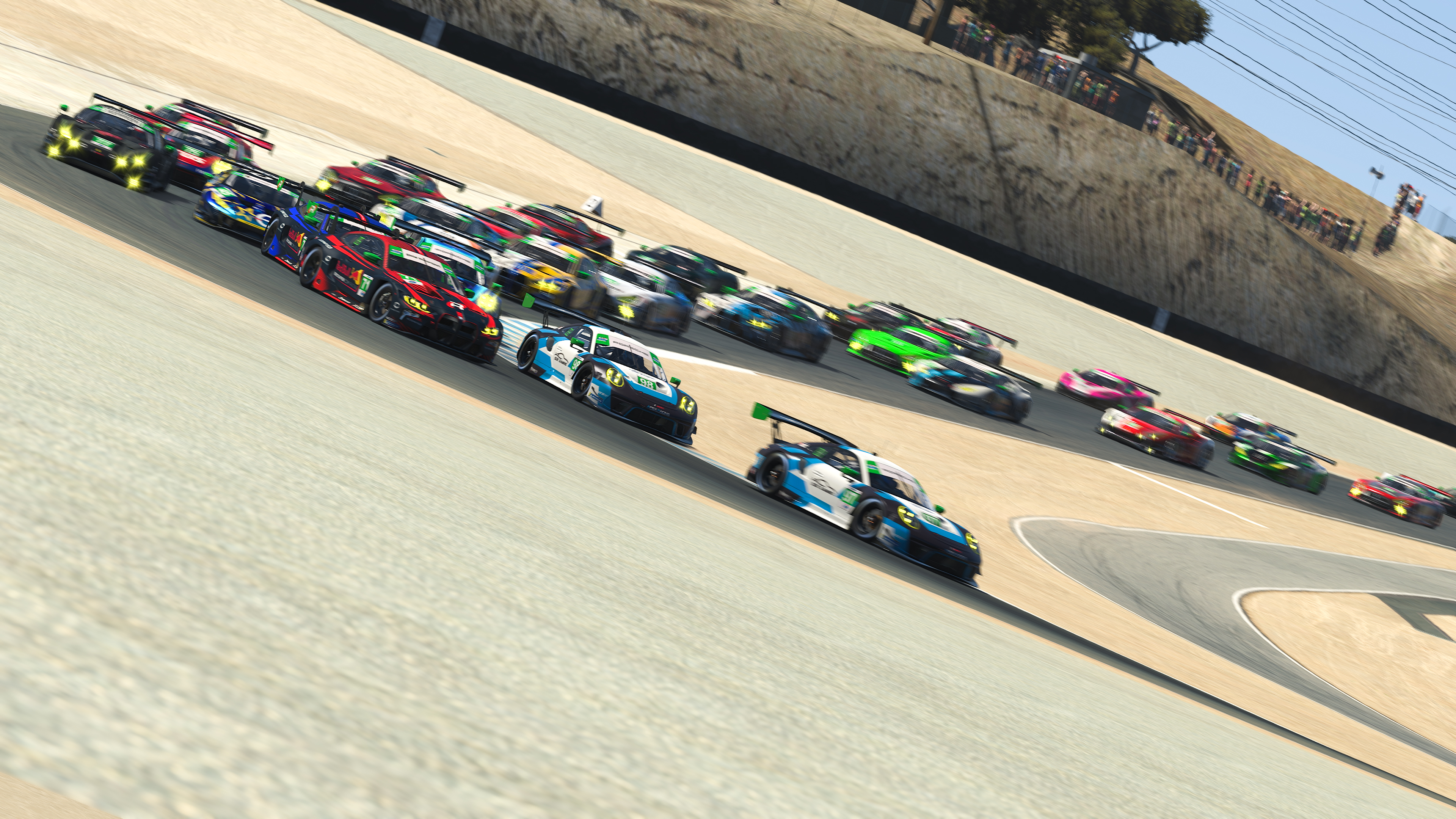 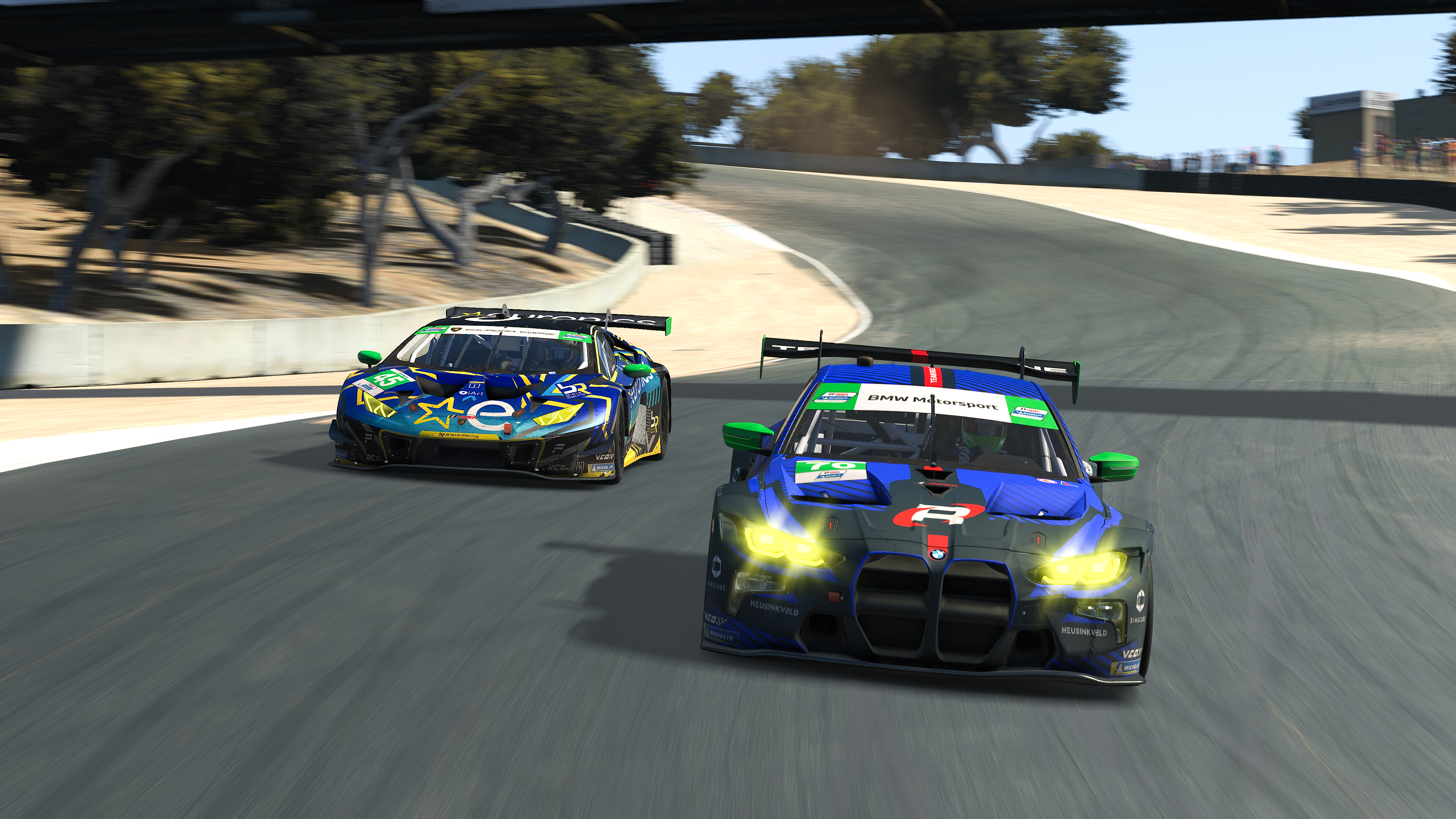 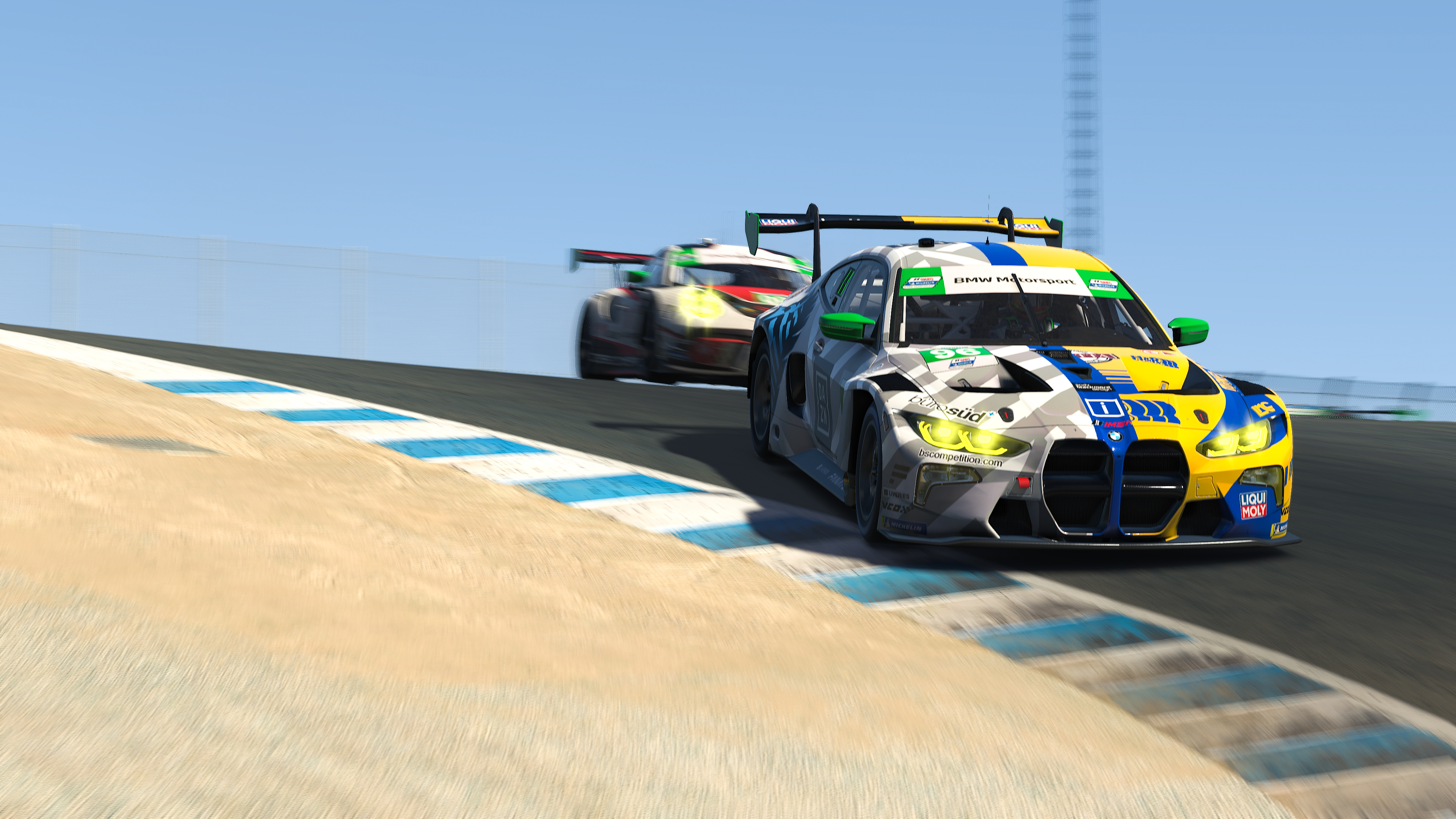 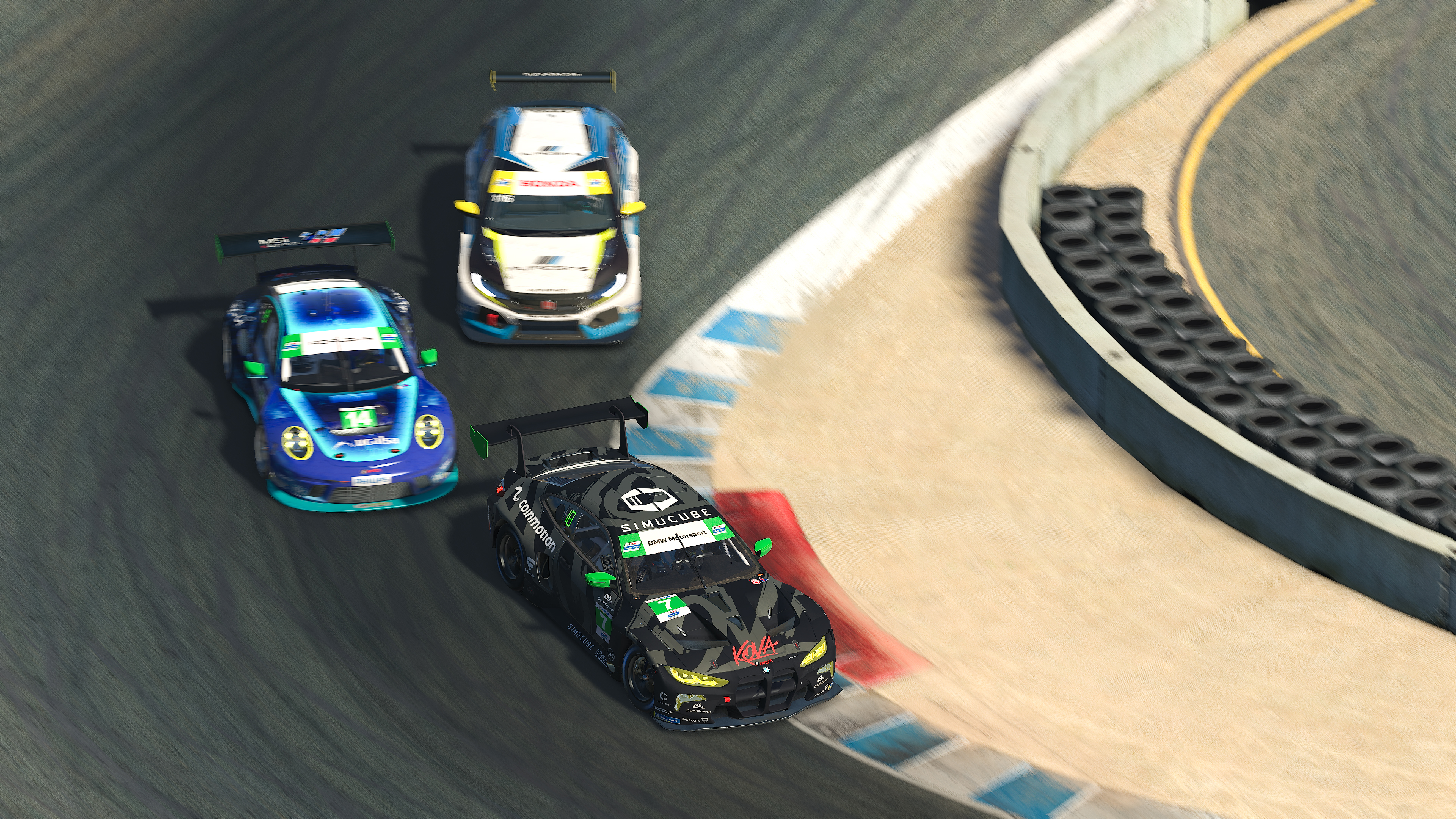 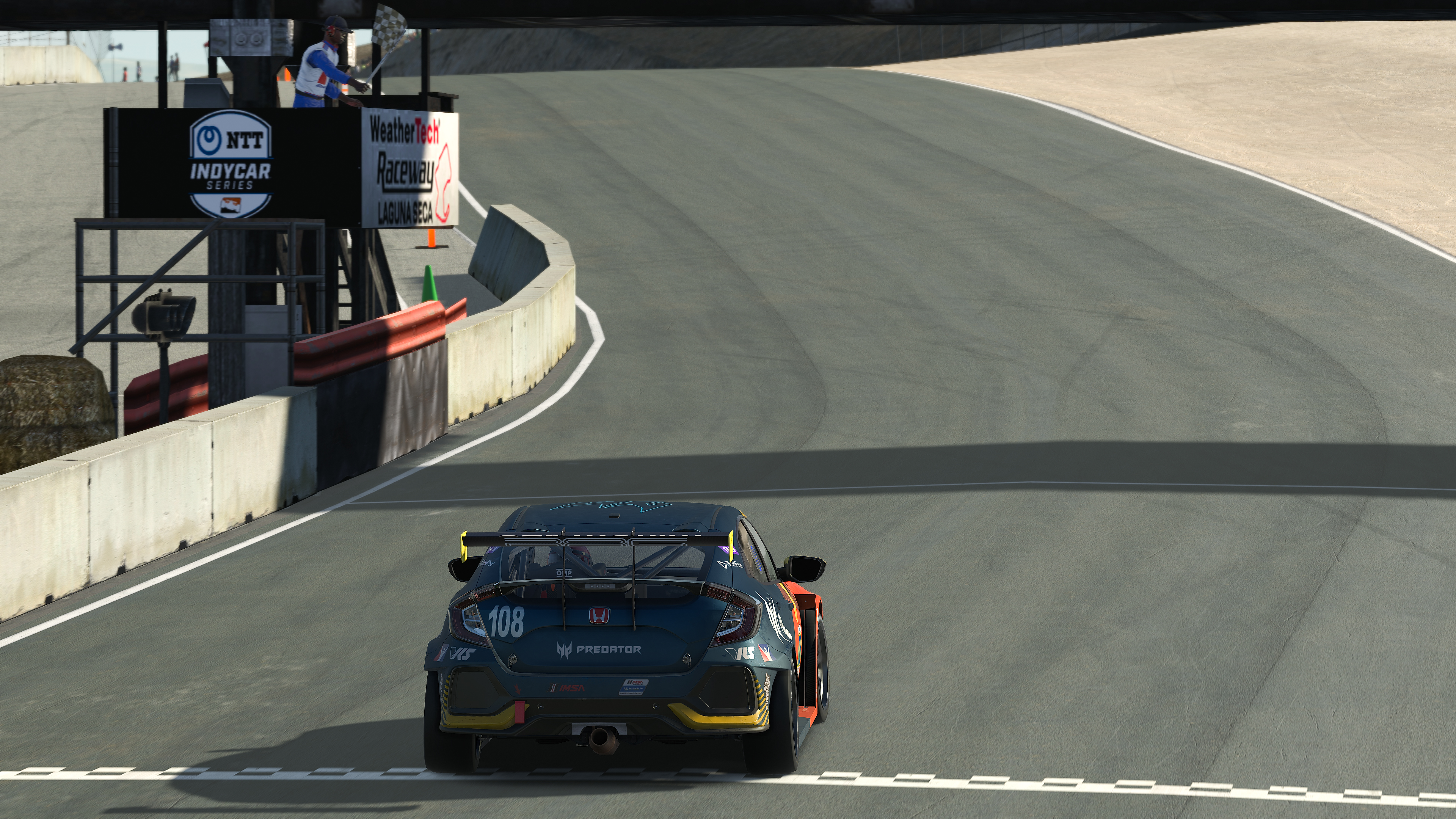 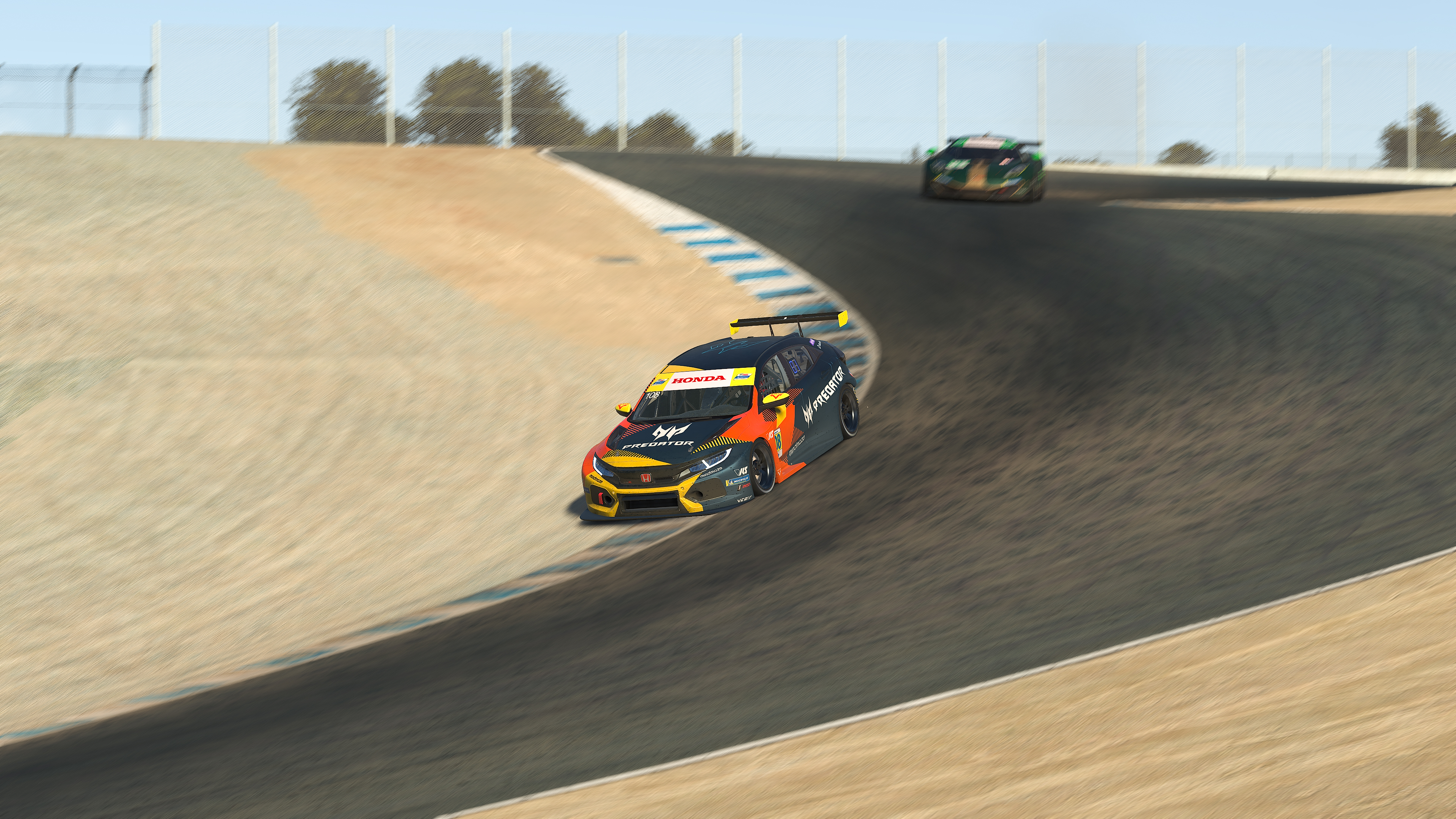 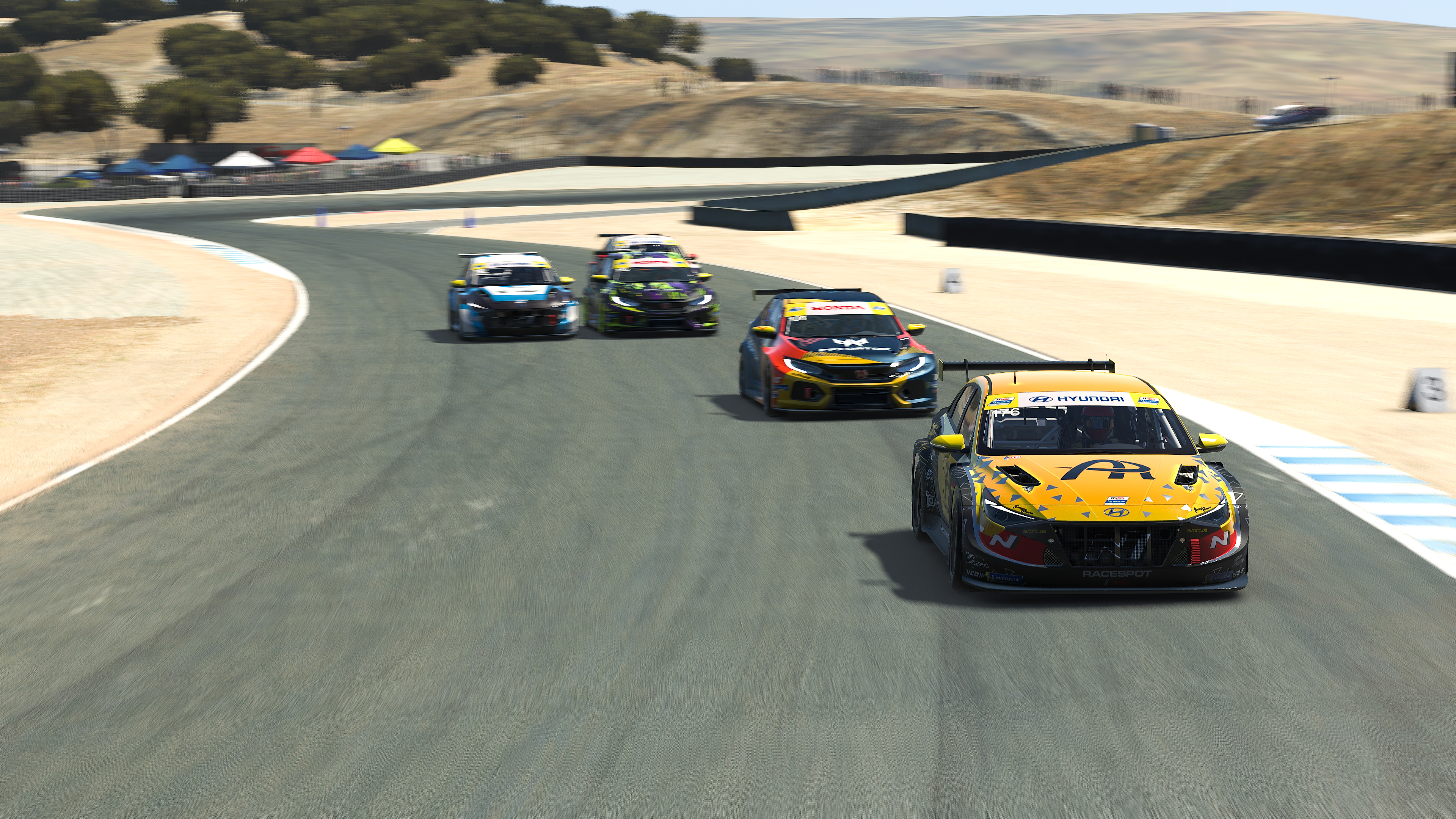