Munich – In races presented by Virtual Competition Organisation (VCO), the focus is generally on Esports racing stars like Maximilian Benecke, Alex Arana and Laurin Heinrich or on big-name professional racing drivers. At the same time, however, it is the countless enthusiastic amateurs who breathe life into Esports racing. One such person is hobby racer Andre Dünnbier. He recently competed in the iRacing 24h Nürburgring powered by VCO. Now in his mid-50s, he is not the average age of a gamer. However, his passion for Esports racing is a long and interesting story. In an interview, he tells this story and discusses an encounter with Max Verstappen.

Mr. Dünnbier, you’d better introduce yourself briefly: what do you do when you are not sat in a racing simulator?

Andre Dünnbier: My wife and I have run a photographic business in Lower Bavaria for 20 years. We pretty much grew into the world of digital photography together.

That fits in superbly with your digital hobby…

Dünnbier: Computer games have always excited me. My first racing game was on the Sega Mega Drive – even then with a steering wheel. That must have been at the end of the 1980s. Then the technology available at any particular time was added. I always had to have the latest equipment immediately. I then used to race on the Xbox with the first Porsche steering wheel from Fanatec. That was all very nice and good fun, but you couldn’t really take on other drivers.

When did that change?

Dünnbier: Three or four years ago, I visited the ADAC SimRacing EXPO for the first time and sat in a real rig. Back then, I had no idea about all that. I did register with iRacing, but immediately deactivated it again, because I understood nothing about all the set-ups and configurations. The EXPO gave me a taste for it, so I went in search of like-minded people and joined my first team.

How did that go?

Dünnbier: Surprisingly enough, I was the oldest in the team (laughs). However, it was always really good fun. My younger colleagues helped me with the cars’ sophisticated configurations, and we gradually started to use communication technology such as Teamspeak and Discord.

Do you sometimes have to justify your hobby to your friends?

Dünnbier: At first, people do have a bit of a laugh at your expense, along the lines of ‘He’s off to play his video games.’ Most people are only familiar with PlayStation, Xbox, Nintendo and such. When I show them photos of all my equipment, they are usually amazed and realise that Esports racing is something far more serious.

How much time are you spending on Esports racing at the moment?

Dünnbier: Well, my time is obviously limited, for professional and family reasons so I don’t take part in official races all that often. I actually enjoy endurance races most of all. We always buy appropriate set-ups for that kind of racing, as it would cost me too much time to always be tinkering on the set-up. After all, I also have a life outside my rig, with a job, wife and son.

Has your son not been bitten by the Esports racing bug yet?

Dünnbier: Esports, yes. Racing, no. He prefers to attend events like ‘League of Legends’ and ‘Dota’ with his friends. He has even considered becoming an Esports commentator. For now, however, he is studying.

What do you get out of your hobby?

Dünnbier: It is great when you come home from work, sit in your rig, and put on your glasses and headset. You can then switch off, whilst at the same time the anticipation builds ahead of the upcoming race. Others ride motorbikes or go cycling, but for me Esports racing is a very good way of relaxing.

What equipment do you have?

Dünnbier: I am quite well equipped now. I got myself a rig a while ago. I also have Heusinkveld pedals and an Ascher Racing steering wheel with Direct Drive and Simucube. I also use VR glasses. Sometimes my friends call me and say: ‘I fancy racing too. Where can I get hold of a steering wheel like that?’ Unfortunately, I always have to explain that there is a little more to it than just a steering wheel.

You competed in the iRacing 24h Nürburgring powered by VCO am Start – but, unfortunately, not for long. What happened?

Dünnbier: I was going to drive in the race alongside a mate of mine, a student from Murnau. Unfortunately, however, he trashed the car relatively early on (laughs).

Judging by the fact that you are laughing, you are not particularly cross with him, are you?

Dünnbier: No. For me, the main thing is to have fun. That kind of situation is obviously frustrating for ten minutes or so, but then everything is okay again. I am no Maximilian Benecke or Laurin Heinrich. Sometimes I have more time to practice than others, and I always have an iRating of between 2,000 and 2,500. At the moment things are going really well, due to the current situation. I am driving every evening. Then we have the endurance races at the weekends.

Have you pushed yourself to try to get a higher iRating, or do you not have enough time for that?

Dünnbier: Maybe I don’t have the talent either (laughs). Seriously though, I have always tried to get above 3,000, because that allows you to stay clear of all the overconfident harakiri drivers, who try to fit through gaps that simply do not exist, and thus cause crashes. You get people trying to get through Eau Rouge four abreast, because they simply don’t think about what they are doing. That is definitely a bit frustrating.

What do you find so fascinating about endurance races?

Dünnbier: I have taken part in a few 24-hour races, and they are really hardcore, but that is the great thing about iRacing. You can’t simply turn up and join in. Even the smaller teams put in a lot of work, not like the virtual Formula 1 races you can watch on the television at the moment. It is nice to see the current crop of Formula 1 drivers, but that is ultimately nothing more than arcade and is nothing like the standard of iRacing.

Do you have any good stories from any of your 24-hour races?

Dünnbier: Oh yes. I was once competing in the iRacing 24h Le Mans with a couple of friends. Unfortunately, they both had to go to a football match on the Sunday morning, which left me to do a six-hour stint on my own. You are absolutely exhausted when you climb out of your rig after that.

Did you follow the top split at all during the iRacing 24h Nürburgring powered by VCO?

Dünnbier: Yes, I did. However, when you see the standard and the lap times that are being set with incredible consistency – that is pretty brutal.

Many real life racing drivers are currently trying their hand at Esports racing. Have you ever, virtually, come across anyone famous on the racetrack?

Dünnbier: I did indeed incidentally find myself in the same split as Max Verstappen during a race a while ago. Back then, he was still relatively new to iRacing and, as such, had a low iRating. When he appeared in my rear-view mirror, I did have a healthy amount of respect. After all, you don’t particularly want to be the person who takes out Max Verstappen (laughs).

Do you also watch streams of races?

Dünnbier: Yes, definitely. I can pick up and learn an awful lot for my own driving style. What I like about Esports racing is that you don’t just have 18-year-old streamers, but also people of my age.

Has it tempted you to take part in real races?

Dünnbier: I have been to the Nürburgring and Oschersleben as a spectator. However, to drive there you need so much money that us ordinary mortals simply cannot afford it.

You are a motorsport fan though, aren’t you?

Dünnbier: Yes, I am a classic TV junkie. I usually only watch the start and finish of Formula 1 races. I am more interested in other racing series: GT and other Formula series. I wish they would broadcast more of that.

Will we see you in action in the coming iRacing Specials?

Dünnbier: Of course. I certainly intend to compete in the 24-hour races at Le Mans and Spa-Francorchamps. 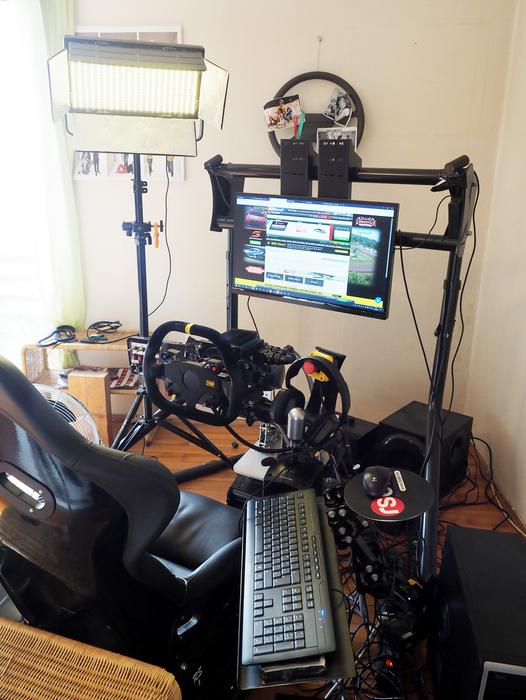 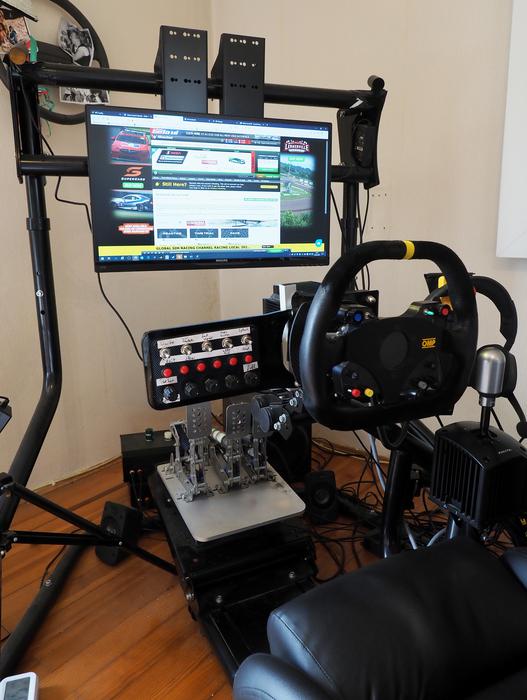 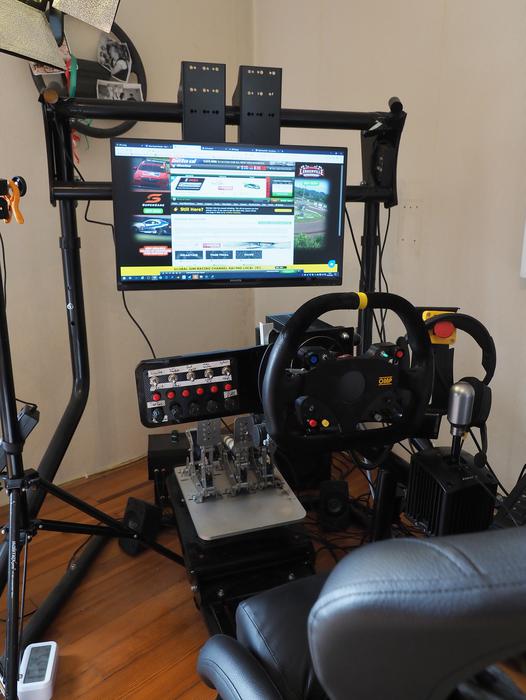 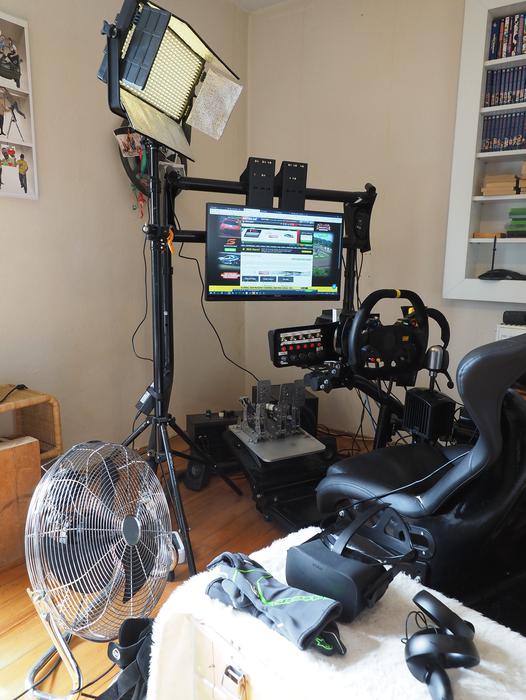