Munich – Drama and excitement down to the wire: After a gripping race, the BS+COMPETITION team secured the win at the iRacing 24h Nürburgring powered by VCO. Laurin Heinrich, Alexander Voss and BMW works driver Philipp Eng won after 175 laps on the virtual Nürburgring-Nordschleife in the #089 BMW Z4 GT3. Behind them was the MAHLE RACING TEAM with the Williams ESports drivers Sami-Matti Trogen, Dominik Staib, Agustin Canapino and Alex Arana at the wheel of the #186 Audi R8 LMS in second place. Third place went to Kay Kaschube, BMW works driver Bruno Spengler and Nils Koch. The trio took it in turns in the #7 BMW Z4 GT3 of BS+COMPETITION.

For a long time it looked like Team Redline Black in the #71 Ferrari 488 GT3 were on course for a commanding start-finish victory. Starting the race from pole position, Maximilian Benecke, Jonas Wallmeier and Christopher Dambietz defended their place at the front for 20 hours and consistently kept their rivals at bay. However, about four hours before the end, when they were lapping a TCR car, there was a serious accident. For Benecke and Wallmeier this meant the end of the dream of getting their third win in a row at an iRacing special event on the Nürburgring-Nordschleife.

The long repair time for the Ferrari 488 GT3 that had been leading up until that point initially saw Trogen in the #186 Audi R8 LMS of MAHLE RACING TEAM take the overall lead, before the decisive overtaking manoeuvre three hours and 55 minutes before the end of the race that saw Heinrich in the #089 BMW Z4 GT3 take the lead. The BS+COMPETITION team went on to extend this, and crossed the finish line as the winner with a lead of around 28 seconds after 24 hours and 175 laps.

Heinrich, Voss and Eng started the race from fifth on the grid and worked their way up into second place in the initial phase. What followed was a spectacular duel with the MAHLE RACING TEAM. Over a period of many hours, the two teams swapped positions in the battle for second place, staging numerous captivating wheel-to-wheel duels in the process.

And the race was exciting down to the wire in the other classes as well. In the CUP2 class, Aleksi Uusi-Jaakkola, Alex Thiebe and Gianni Vecchio of Team Porsche24 driven by Redline won in the Porsche 911 GT3 Cup with car number 911. Second place went to Daniel Lafuente, André Martins, Thibault Cazaubon and Marin Colak in the Porsche 911 GT3 Cup with car number 211 of the new R8G Esports Team of Formula 1 driver Romain Grosjean. The #69 Porsche 911 GT3 Cup of Team Redline Cup, in which Marcus Jensen and Porsche Junior driver Ayhancan Güven were joined by Formula 1 driver Max Verstappen, crossed the finish line in third place.

In the CUP3 class victory went to the Sorg Rennsport eSports GT4 team. Christian Bug, Sascha Bürger, Yannik Danisch and Stephan Ebert took it in turns at the wheel of the Porsche 718 Cayman GT4 with the car number 33. Behind them were Team RSO 397 and ASD Elite Yellow in second and third place.

In the TCR class, it was Jürgen Frank, Diogo C. Pinto and Felix Luding in the Audi RS 3 LMS TCR of Team SimRC who got the win. The teams of Vendaval Simracing Blue and Full Send Racing 85 completed the podium.

Over 1,400 teams and more than 5000 competitors in various splits were in action overall at the virtual endurance classic in the Eifel region, including top stars from ESports racing and well-known names from racing.

Philipp Eng (Team BS+COMPETITION, winner SP9 class): “I’m totally wiped out, but I’m also over the moon. This success is very special, and is perhaps one of my biggest wins in addition to my real 24-hour races. I’m fortunate to have such fantastic team-mates in Alex and Laurin. Not only are they super-fast, but they also don’t make even the smallest of mistakes. That’s more than impressive. It was the first ever 24-hour race for our team BS+COMPETITION. To get the win at the first time of asking – I couldn’t be happier. I feel a bit bad about what happened to Redline, they would have deserved the win, as would MAHLE, they also did a fantastic job. But we made it and I am really happy.”

Laurin Heinrich (Team BS+COMPETITION, winner SP9 class): “I’m really exhausted, but fortunately the work and effort paid off. Since there were only three of us driving, we planned right from the start to drive longer stints, particularly at night, so that we would get enough sleep. That is a fantastic victory for our young team.”

Alexander Voss (Team BS+COMPETITION, winner SP9 class): “It was an incredible race. The level was really high. The main thing was not to make any mistakes and not to get caught up in any incidents. The tyres wore well, which meant we were able to drive two stints with them. That paid off in the end. There are always a few moments where you lose time, but all things considered it really was a clean race.”

Dominik Staib (MAHLE RACING TEAM, 2nd place SP9 class): “It was great to represent MAHLE. We all worked very well together as a team and did our best. We tried everything to fight against the strong competitors, even thought we had a fuel and straight line speed disadvantage compared to them. In the end we are happy with P2, even though the win was not out of reach today. Lets see what the future brings.”

Bruno Spengler (Team BS+COMPETITION, 3rd place SP9 class): “It was a superb race. I’m really thankful to my team-mates because I learnt a great deal from them. They are so good, they drive very consistently and are just amazing on this track. Nils and Kay did a fantastic job, and the same is true of the whole team. Getting first and third place is a terrific team result. The team is still relatively young, so to bring two cars onto the podium is really special. In the end it was all about bringing the car home and not making any stupid mistakes when you’re getting tired. It worked – it’s a fantastic result and I am very happy.”

Gianni Vecchio (Team Porsche24 driven by Redline, winner CUP2 class): “It feels great. It’s really special to win the iRacing 24h Nürburgring. There aren’t many races that are bigger. It was a 24-hour sprint races. It was almost exciting again at the end, but the Team Redline Cup car had an accident.”

Yannik Danisch (Sorg Rennsport eSports GT4, winner CUP3 class): “So far we don’t have words for the last 24 hours. Processing the whole thing will probably take a while. Hundreds of laps in training and several hours of setup work paid off. The car crossed the finish line without a scratch. We are overjoyed with the result and will now celebrate first. A big thank you to the entire team and all of our partners for their support.”

Jürgen Frank (SimRC, winner TCR class): “We had a perfect race, no incidents and not so much as a scratch on the car. We also had a fantastic pace. I think that all three drivers did their job fabulously. Now, we are looking forward to the next races in the DNLS and hope that we can get the title there.” 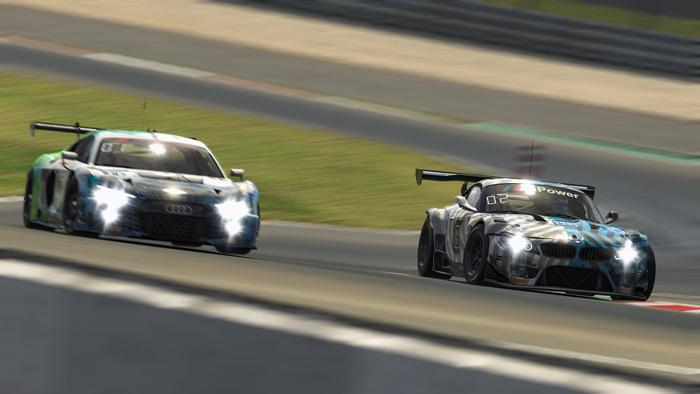 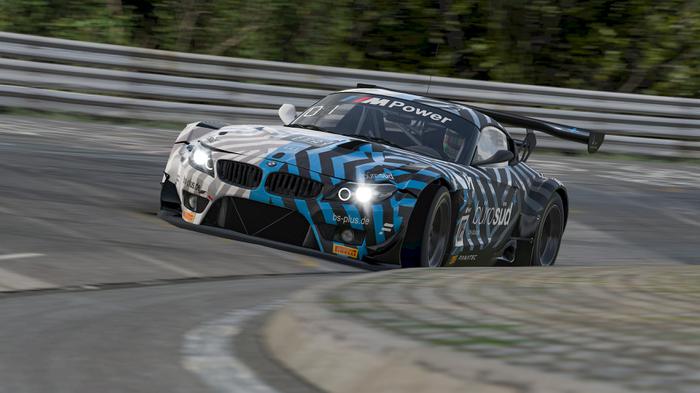 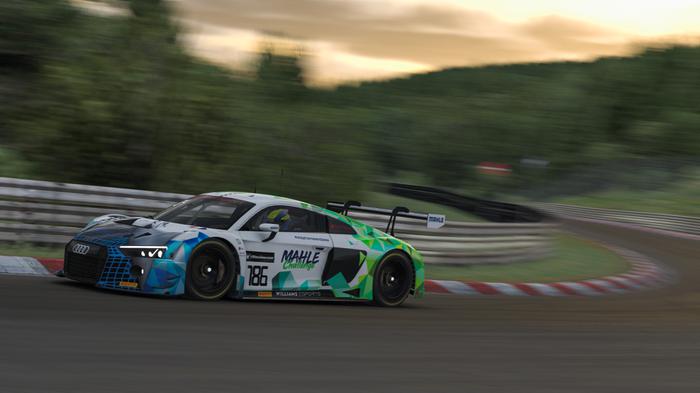 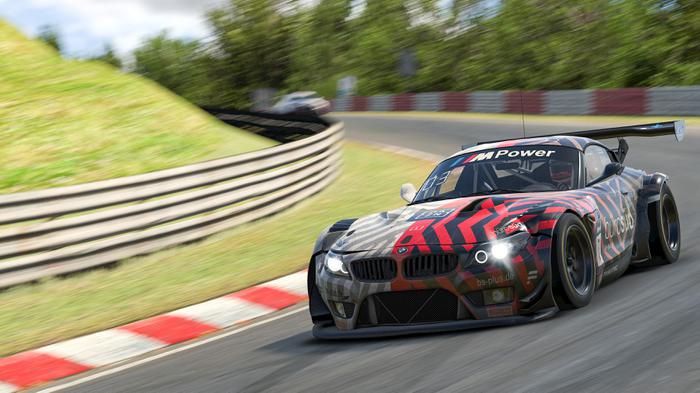 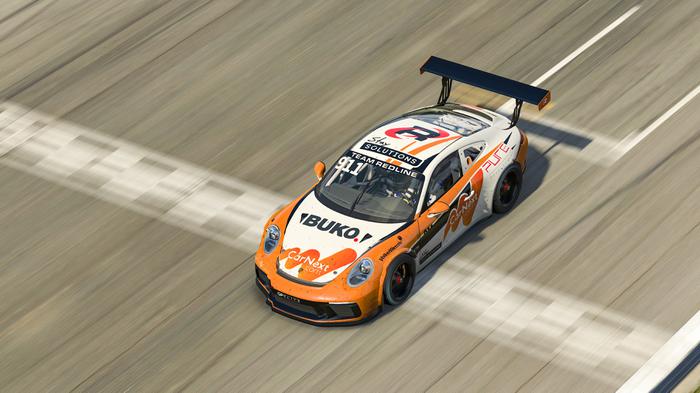 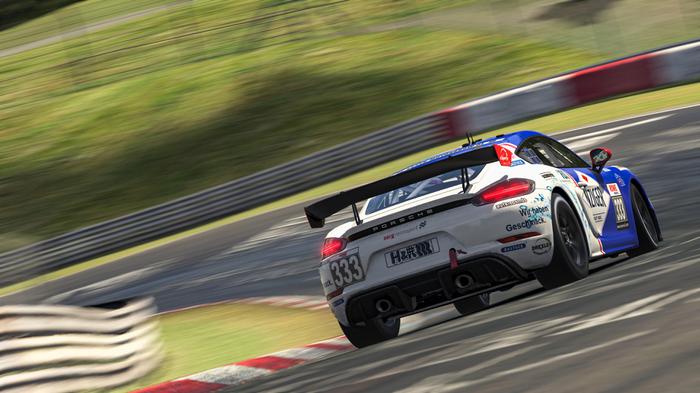 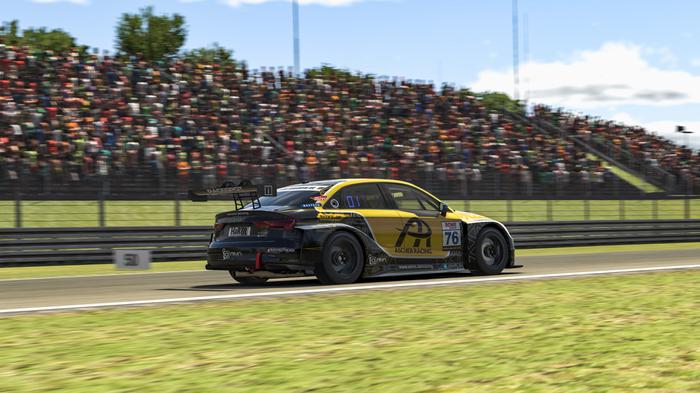 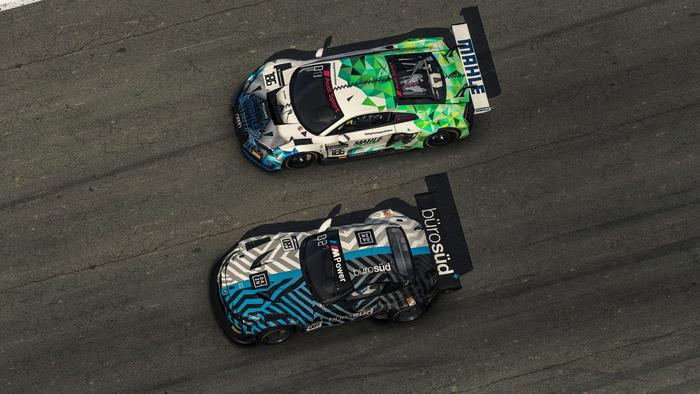