Clear the decks for a battle of nations on iRacing: 64 drivers compete in the BenQ MOBIUZ Cup of Nations presented by VCO – VCO /// Virtual Competition Organisation

Munich – The countdown for the final Esports racing highlight of the year is on. This weekend, a total of 64 drivers from 16 countries will fight it out on the leading sim platform, iRacing, to win the BenQ MOBIUZ Cup of Nations presented by VCO. The prize pool is 25,000 US dollars. In cooperation with Williams Esports and RaceSpot TV, Virtual Competition Organisation will present the exciting tournament LIVE on Twitch and YouTube (Saturday/18:00hrs, Sunday/16:00hrs CET).

Special combinations of different racing disciplines, cars and tracks are part of the unique DNA of this competition. The combos will only be announced on the respective event day. Therefore, it’s not the amount of practice time that is the deciding factor, but also skills such as versatility and adaptability from the best Esports racers on the planet. GT cars will be raced, as will be LMP2 prototypes, NASCAR and rally cars or the Williams-Toyota FW31 F1 car. These vehicles will race on legendary tracks such as Monza, Montreal and Sebring. Oval courses like Indianapolis and Homestead or the rallycross track Hell Lankebanen are also on the track list.
The Tournament:

After this stage, the top two teams in each group automatically advance to Finals Day.

Playoff Race: for only the bottom two teams in each group (8 teams total) – 4 cars per team; the top 2 teams from the Playoff advance to Finals Day.

Semi-Final: 4 cars per team; teams will be drawn into five separate head-to-head matches for the semi-final. The 5 winners advance to the Final. The 5 losing teams go to the Last Chance race.

Last Chance (RX): 2 cars per team; the top 2 teams advance to the Final

About iRacing
iRacing is the world’s premier motorsport simulation. With hundreds of cars and tracks from nearly every major racing discipline, iRacing partners with some of the world’s premier manufacturers, drivers, and motorsport sanctioning bodies to deliver an unparalleled driving experience. From World Championship and special event competitions to public, hosted, and league racing, there’s an iRacing event out there for users of all skill levels and racing backgrounds. Learn more about iRacing and join more than 200,000 active iRacers today at www.iRacing.com. 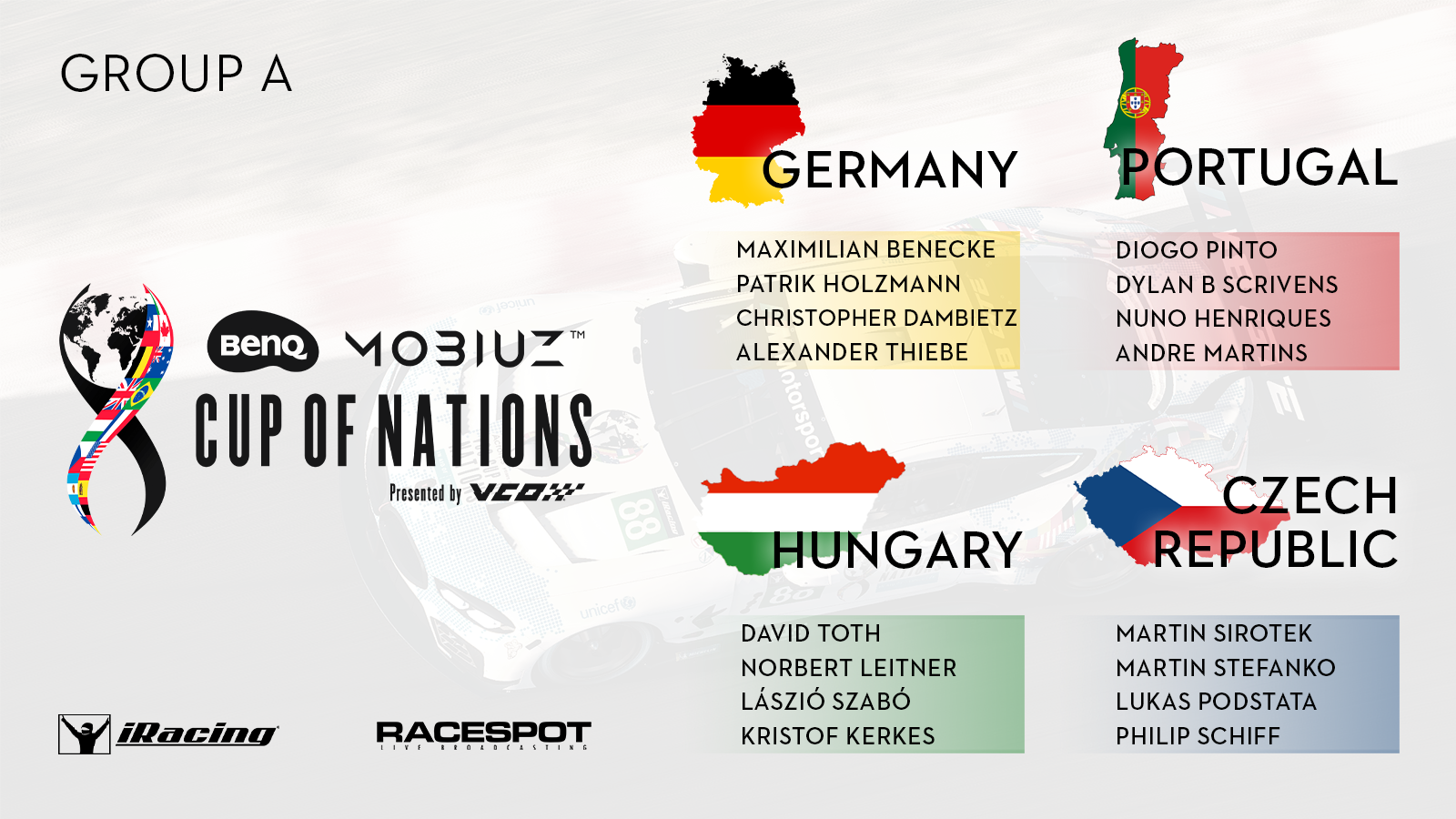 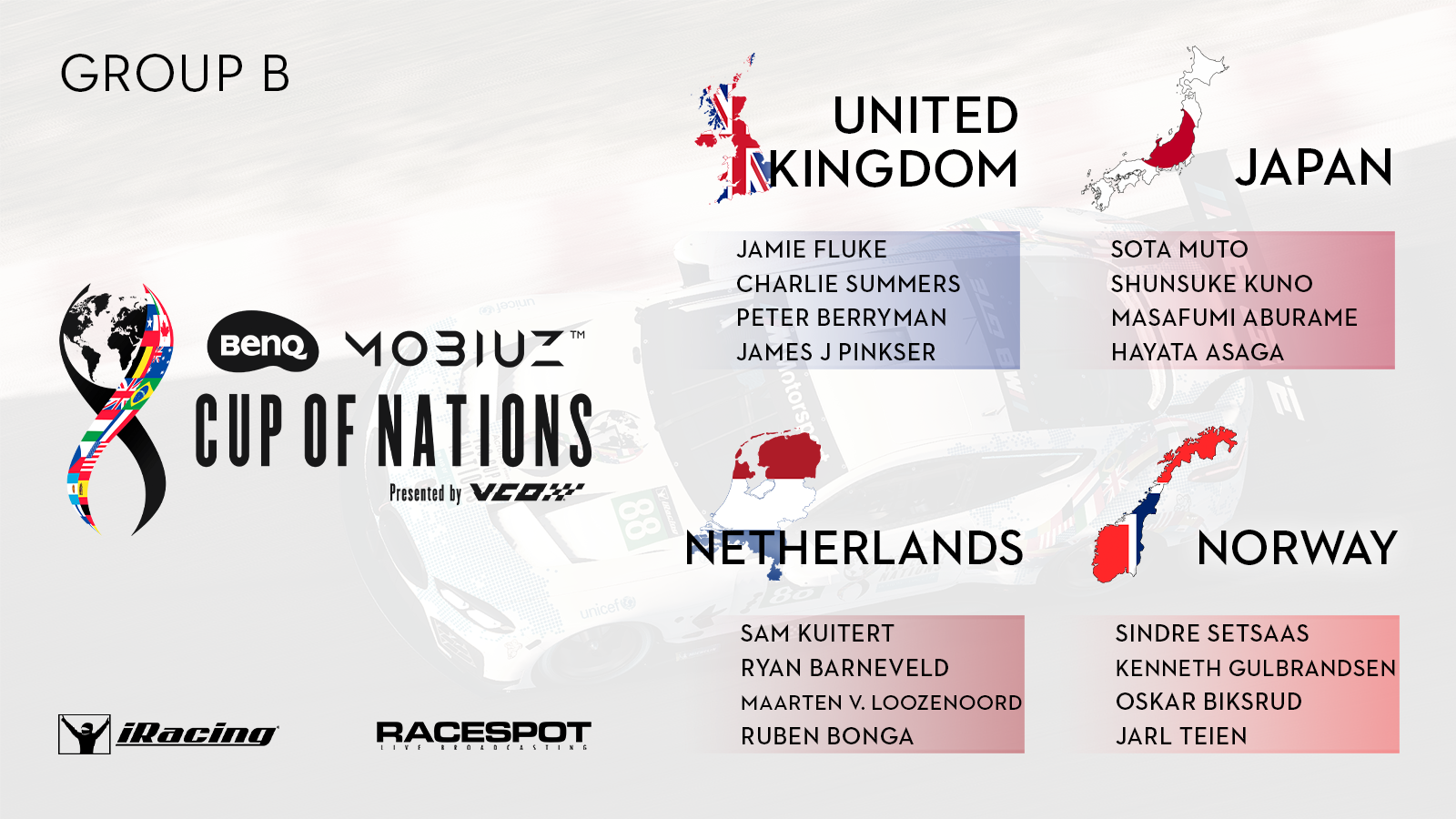 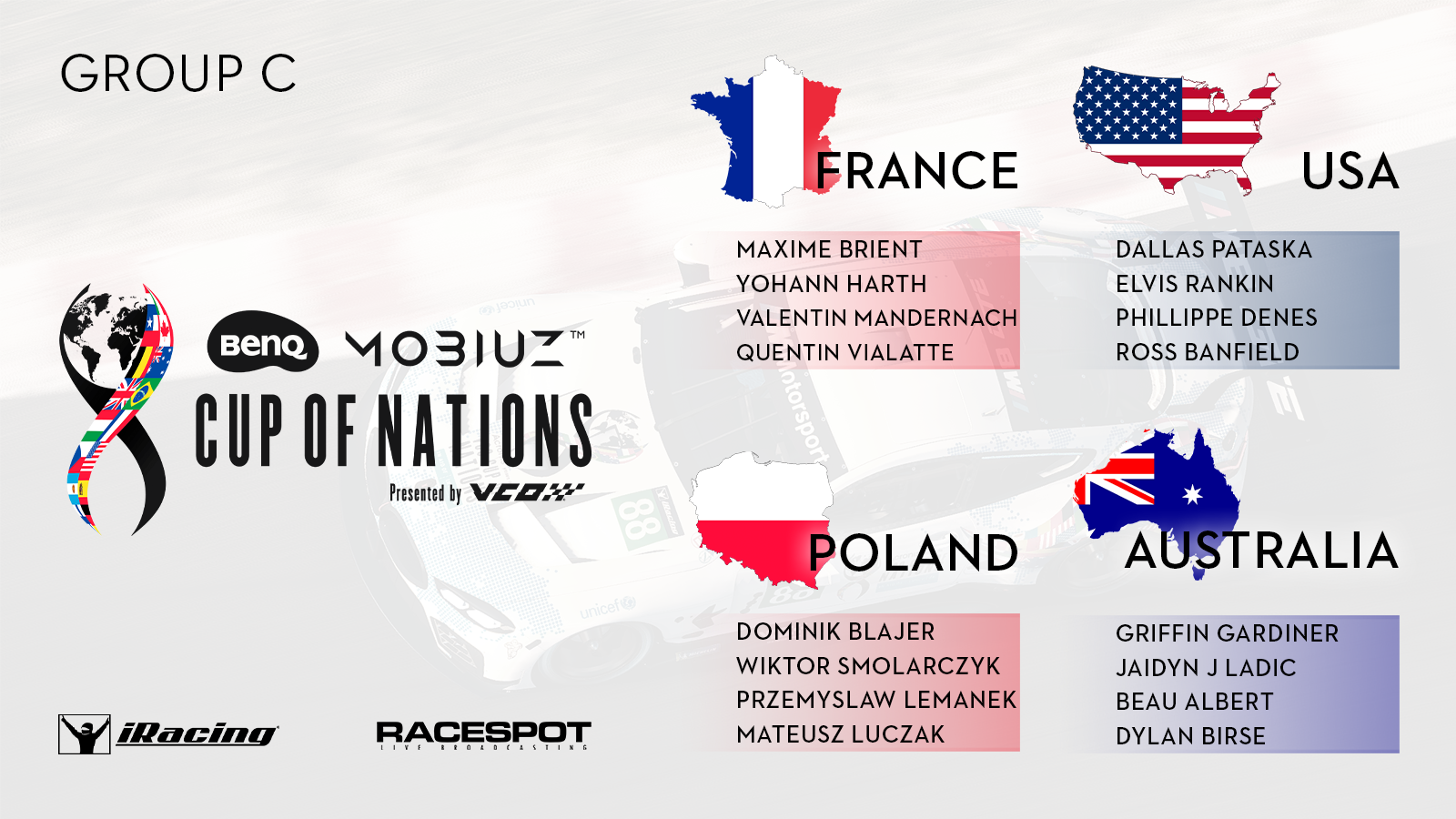 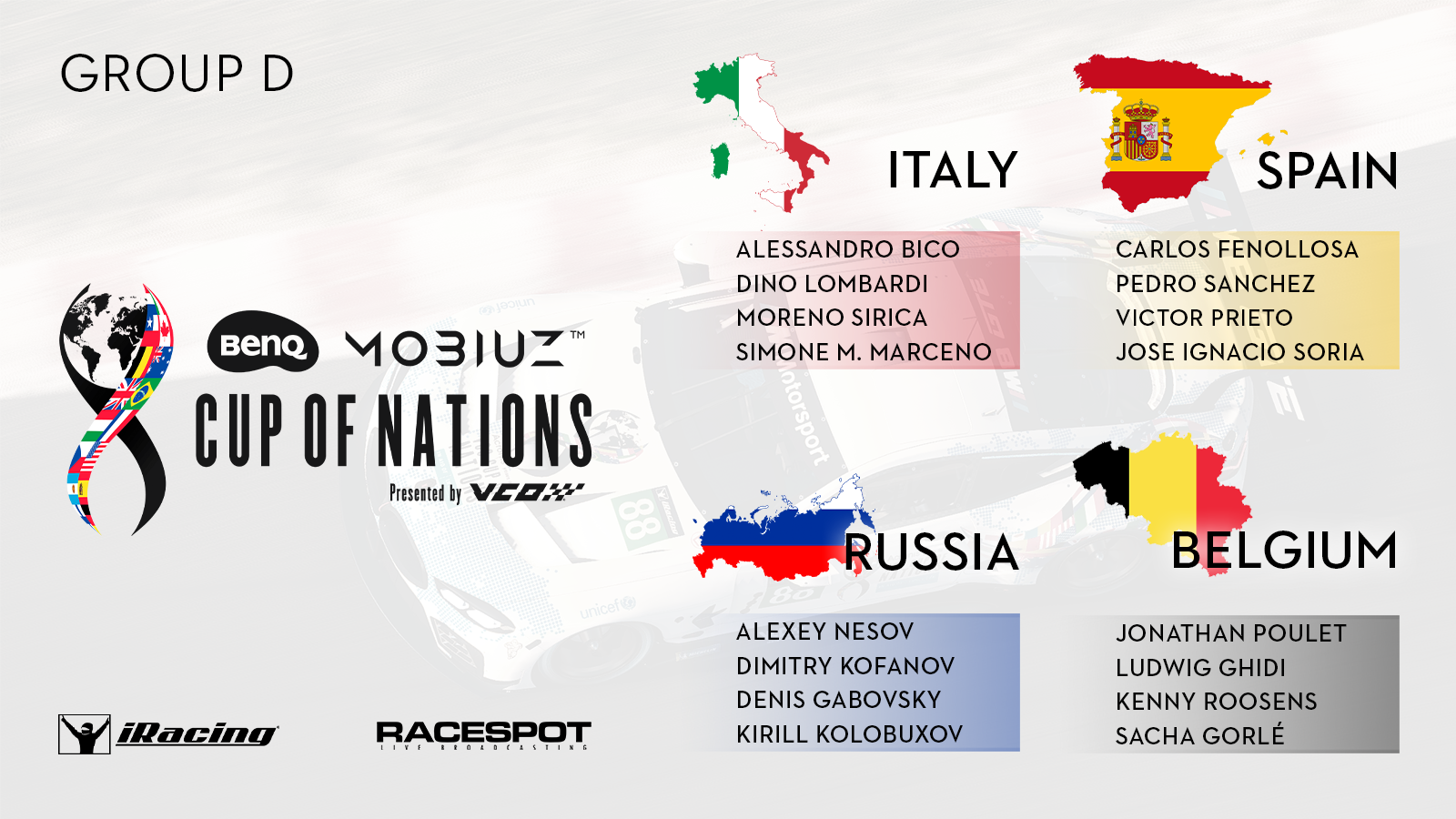 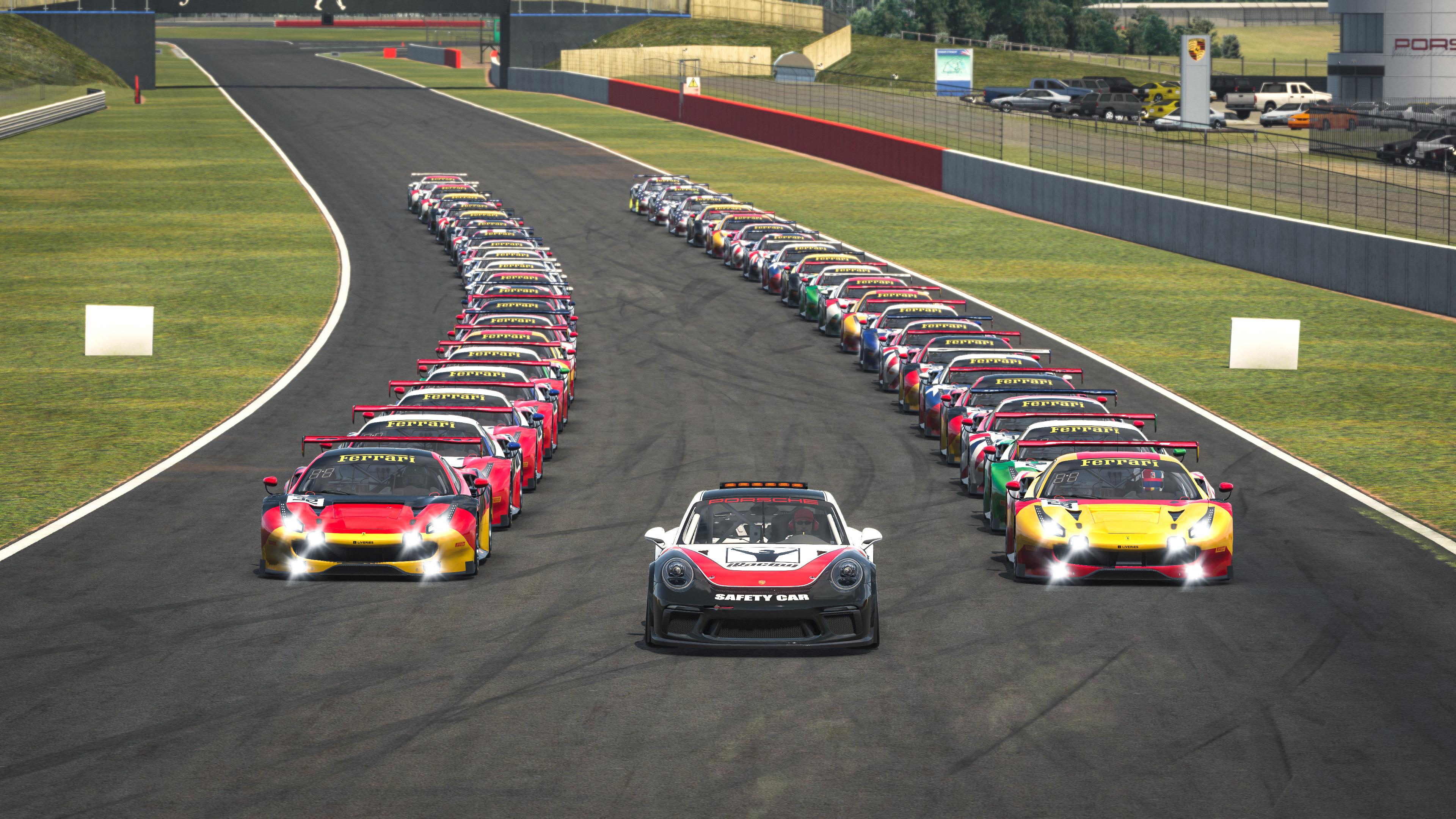 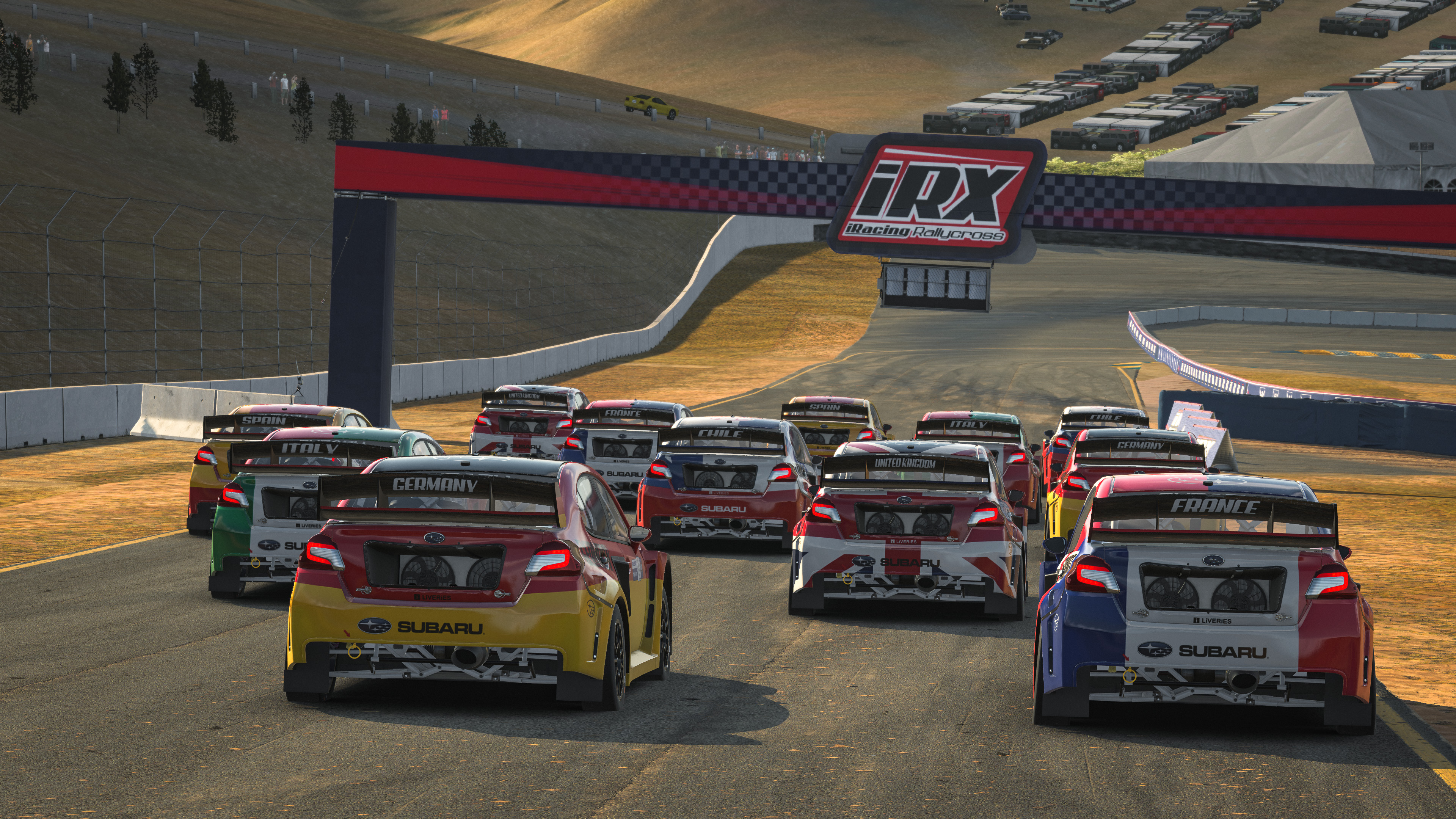