Munich – For many years, Sam Cobb has been amassing a vast wealth of experience as a motorsport photographer in numerous racing series. Among other things, he is active in the IMSA Series, the IndyCar Series and in NASCAR. Cobb has also made a name for himself on the Esports racing scene in recent months. As a VCO photographer, he is on duty for the races in the Digital Nürburgring Endurance Series powered by VCO, among other things. Speaking in an interview, Cobb gives an exclusive insight into his work during a virtual race. He also explains the benefits of Esports racing for him as a photographer, and reveals his favourite perspectives.

Sam, although real motorsport is currently taking an enforced break, you are still very busy. You are working in the IMSA iRacing Pro Series, taking pictures in ‘THE RACE All-Star Cup’ and, of course, you are in action as a photographer for VCO during DNLS races and iRacing Specials. Do you have more work at the moment than you would in a normal season?

Sam Cobb: As far as the number of races is concerned, I probably do, yes. There are days when I am working on more than one race. That would obviously not be possible in real motorsport, as you spend a lot of time travelling. However, as I can do everything from home, I obviously save an awful lot of time compared to a normal season.

How did you come up with the idea of taking photos and videos of virtual races?

Cobb: It started a long time ago. I have been playing video games myself for a long time, and there was always one part of the game that you wanted to show your friends, so you took a screenshot of it. When BMW started to get more involved in Esports racing last year, I began to deal with it more professionally.

What do you feel is the most important aspect of your work?

Cobb: In my opinion, the most important thing is that you are well organised and willing to learn all the time. Before I started, I first familiarised myself with simulations and the mechanics behind the respective camera systems. In the end, being able to organise yourself is the key to a good result.

Can you describe briefly how to take a photo on a virtual platform?

Cobb: During the race, I have two monitors attached to my computer. On one screen I can see the race, on the other the order, into which I load photos and videos of the race. I go through the folder, select the files I want to edit, and move them into another folder, which is linked to an additional laptop. I use the laptop to edit the photos with the appropriate programmes. For example, graphics from the simulation have to be removed. At the same time, I obviously also have to keep an eye on the race, to make sure I don’t miss anything.

How long does it take to edit a photo?

Cobb: It is hard to say, as it largely depends on how much time I have at my disposal. There are photos that I have spent up to an hour editing. In contrast, I have to be very quick in the DNLS, for example. Here, the races feature roughly 60 cars, and we always want to have at least two photos of each car in the end. As such, I can’t spend more than a few minutes on each photo.

That sounds like a lot of effort – so it is probably a good thing that, in Esports racing, you are able to rewind and capture a situation again, isn’t it?

Cobb: Absolutely. That is one of the main advantages of virtual motor racing. That would not be possible in real motorsport.

Does virtual motor racing have any other benefits, from a photographers perspective?

Cobb: From a photographer’s point of view, there are obviously totally new vantage points. I love to get as close to the car as possible when I am taking photos, because it gives the image a totally new dimension. In real motor racing, however, that is only possible to a certain degree. In the virtual world, on the other hand, you can also stand on the other side of the crash barrier to take a photo. And, unlike in real motorsport, you can also switch quickly between locations.

Another advantage has to be that you can work from home, isn’t it?

Cobb: That is true. I can set up my workplace as I like it. At real races, you are always dependent on the media centre. The conditions there are always different. A lot changes from one race to the next. Here, I am in familiar surroundings, so I can optimise my processes. And it obviously also means I don’t spend as much time travelling. That is really nice. I am spending more time with my dog at the moment than I have for a long time.

Do you have a favourite location in real motorsport, and does that also exist in virtual motorsport?

What do you make of the Esports racing community in general?

Cobb: Above all, I have learned how committed the people involved in Esports racing are. They do not go racing to make money – it is their hobby and they are very passionate about it.

How do you view the current boom in Esports racing?

Cobb: I think it is fantastic how popular this topic is now, and how awareness of it is growing all the time. Personally, I have also been actively involved for a long time, even though I am not particularly quick. I think motor racing has a big advantage here, compared to other sports.

Cobb: The switch from the real world to the virtual world is not such a big one. Pretty much all the drivers have already trained in a simulator in the past, or even have a simulator at home, so they can now continue to practice their sport virtually. What they do in their simulator is very similar to what they do in reality. That is true of the movements and the processes in general. There are also virtual versions of other sports, but there you have a controller in your hands, which you use to control movements in the virtual world. As far as the actions are concerned, it doesn’t have very much in common with the actual sport. 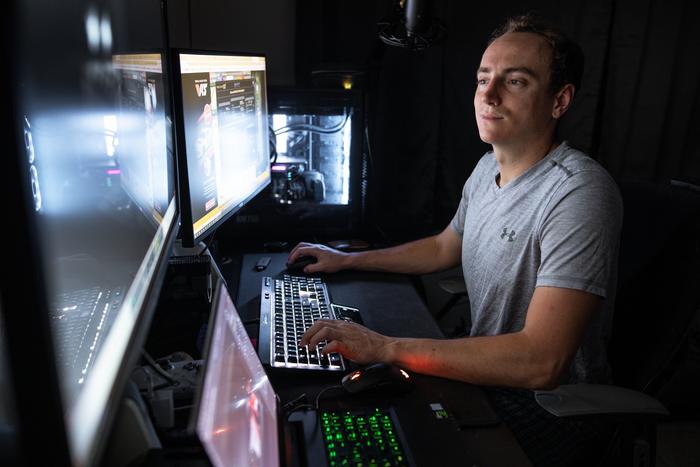 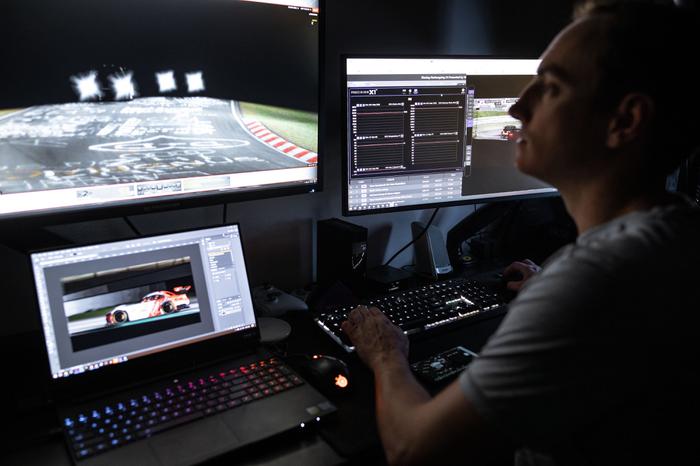