Munich – The draft is history, the pairings have been confirmed, and the countdown is on to the start of the VCO ProSIM SERIES on 18 November (LIVE from 20:00 CET). However, the fact that Virtual Competition Organisation (VCO) has been able to get the company’s first racing series up and running at all is thanks in part to the partners who are committed to supporting the project with their expertise. It is no coincidence that, here too, VCO is linking the world of Esports racing with the real world.

One true benchmark on the Esports racing scene is MAHLE International GmbH. The Stuttgart-based company is one of the world’s leading automotive suppliers – and one of the first movers in Esports racing. It therefore almost goes without saying that MAHLE has been involved in the VCO ProSIM SERIES from the word go. “As we are committed to new mobility, we need to explore new platforms to promote our brand and to compete for the best talent in our industry,” said Sebastian Goldbach, who is responsible for Esports communication at MAHLE. “Esports is more than a buzzword for us; young emobility and software engineers are already watching Esports events on YouTube and twitch–with upward tendency. Esports racing is a natural fit for us. Racing has been part of our company for almost 100 years. In an industry in transformation, we embrace new mobility. And now – new racing.”

The fact that this ‘new racing’ is not only extremely well received among supports and fans, but also among the drivers themselves, can be attributed to another VCO ProSIM SERIES partner – the entertainment professionals at D-BOX. The Canadians redefine and create realistic, immersive entertainment experiences by moving the body and sparking the imagination through haptics. D-BOX has collaborated with some of the best companies in the world to deliver new ways to enhance great stories. Whether it’s movies, video games, virtual reality applications, themed entertainment or professional simulation, D-BOX creates a feeling of presence that makes life resonate like never before.

“D-BOX is thrilled to be involved in the VCO ProSIM SERIES and to get our technology into action in a competitive environment. Our agreement recently reached with the FIA has further established the position of D-BOX as a leader in the development of haptic systems that give an edge to their driver. The partnership with VCO now represents a fantastic opportunity for D-BOX to attract the attention of experienced sim racers and Esports fans looking for the best possible racing equipment,” said Sébastien Mailhot, CEO of D-BOX.

Another real simulator pro – but with a different focus to D-BOX – is SiFaT Performance. The core offering of the brand, which is a division of the SiFaT Road Safety company, is the planning and implementation of automobile and motorsport simulation projects. The Berlin-based company primarily develops professional simulators and corresponding, customised software. SiFaT is also active on the Esports scene, where it offers solutions for the Esports market and runs its own sim racing team. “We are impressed by the professional concept of the VCO ProSIM SERIES and believe that we can achieve an impressive reach,” added Jan Höing, Automotive, Motorsport & eSports Manager at SiFaT. “Our goal is to be as successful as possible in the sport, to compete against drivers from the real world and professional sim racers in the process, and to test ourselves against the best drivers in the world. With that in mind, we simply have to be involved in the VCO ProSIM SERIES.”

In Sport Signage, the VCO ProSIM SERIES has acquired a real pro when it comes to branding and advertising. ‘We bring sport to life’ is the motto of the company which prides itself on bringing sponsors and fans closer to the action – and, in this context, has identified good opportunities in Esports. “Esports is currently experiencing enormous growth. Due to the latest developments, sim racing will be more than just the future of motorsport! Our involvement in the VCO ProSIM SERIES is another step into the digital age and offers obvious synergies between both disciplines and especially digital signage,“ said Bernd Wagner, CEO Wagner GmbH & Co. KG Sport Signage.

Another new partner working alongside VCO in the VCO ProSIM SERIES is SUPERDRINK. The Munich-based company, an expert in functional drinks for every situation (including both on and off the virtual racetrack, of course) was a partner of this year’s DTM Trophy and is now expanding its involvement in motor racing to the world of Esports. The drink specialists were impressed by the VCO ProSIM SERIES from the outset and are now looking forward to the winter months on an exciting and promising platform, which will see a significant rise in awareness of the brand.

When the series gets underway this Wednesday, it will feature a true speedster in the form of the Virtual Racing School (VRS). VRS uses its own telemetry software to find simple ways to introduce people to the highly-sophisticated world of sim racing. The ulterior motive is for as many people as possible to have access to a perfect sim racing experience. VRS offers assistance and coaching for racing enthusiasts – whether they are two-tenths or five seconds slower than the front-runners. Philip Stamm from VRS business development sees the VCO ProSIM SERIES as “a superb approach to linking the real world with the world of sim racing. As such, it is an honour for us to be involved and to support this idea.” 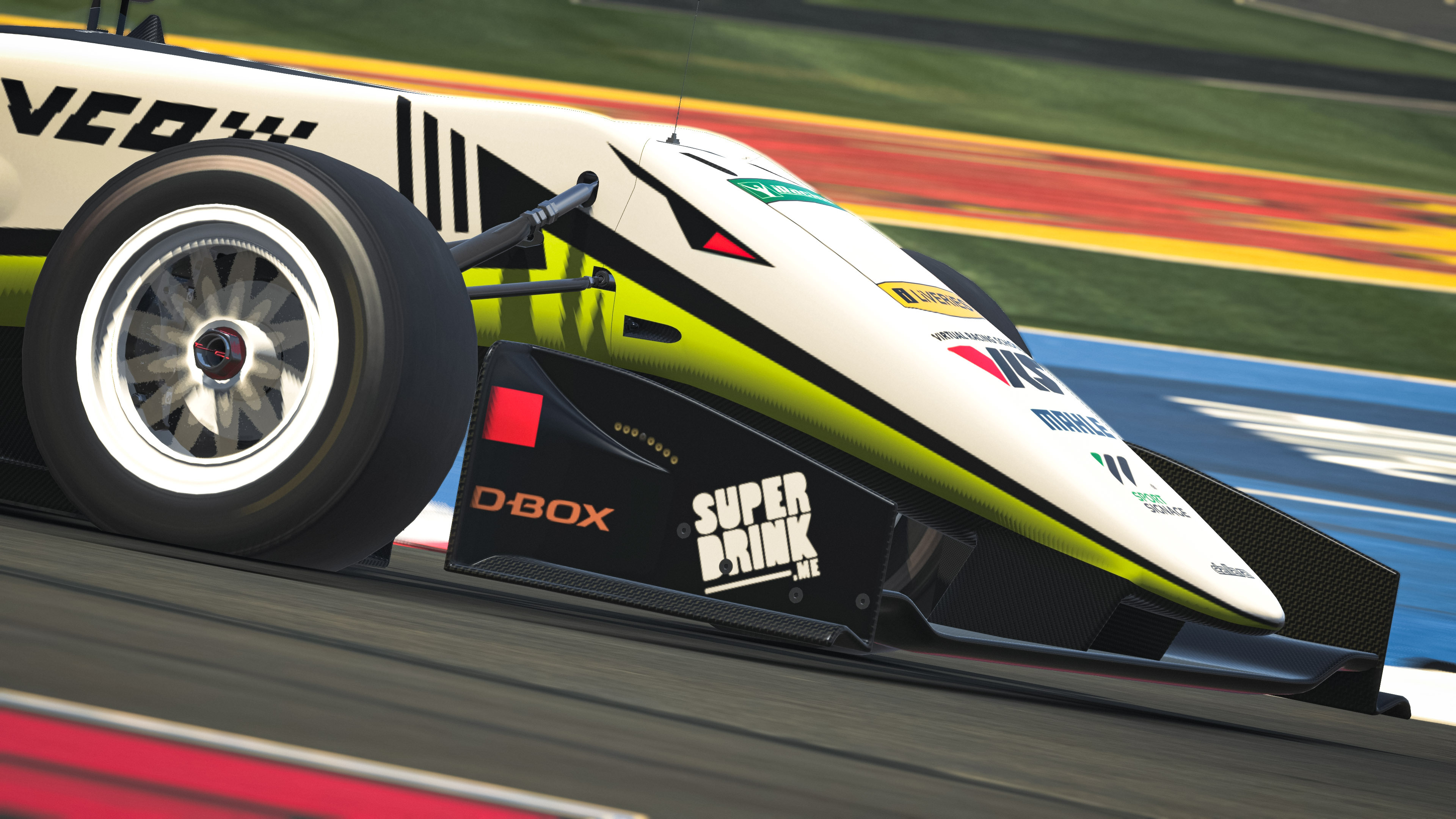 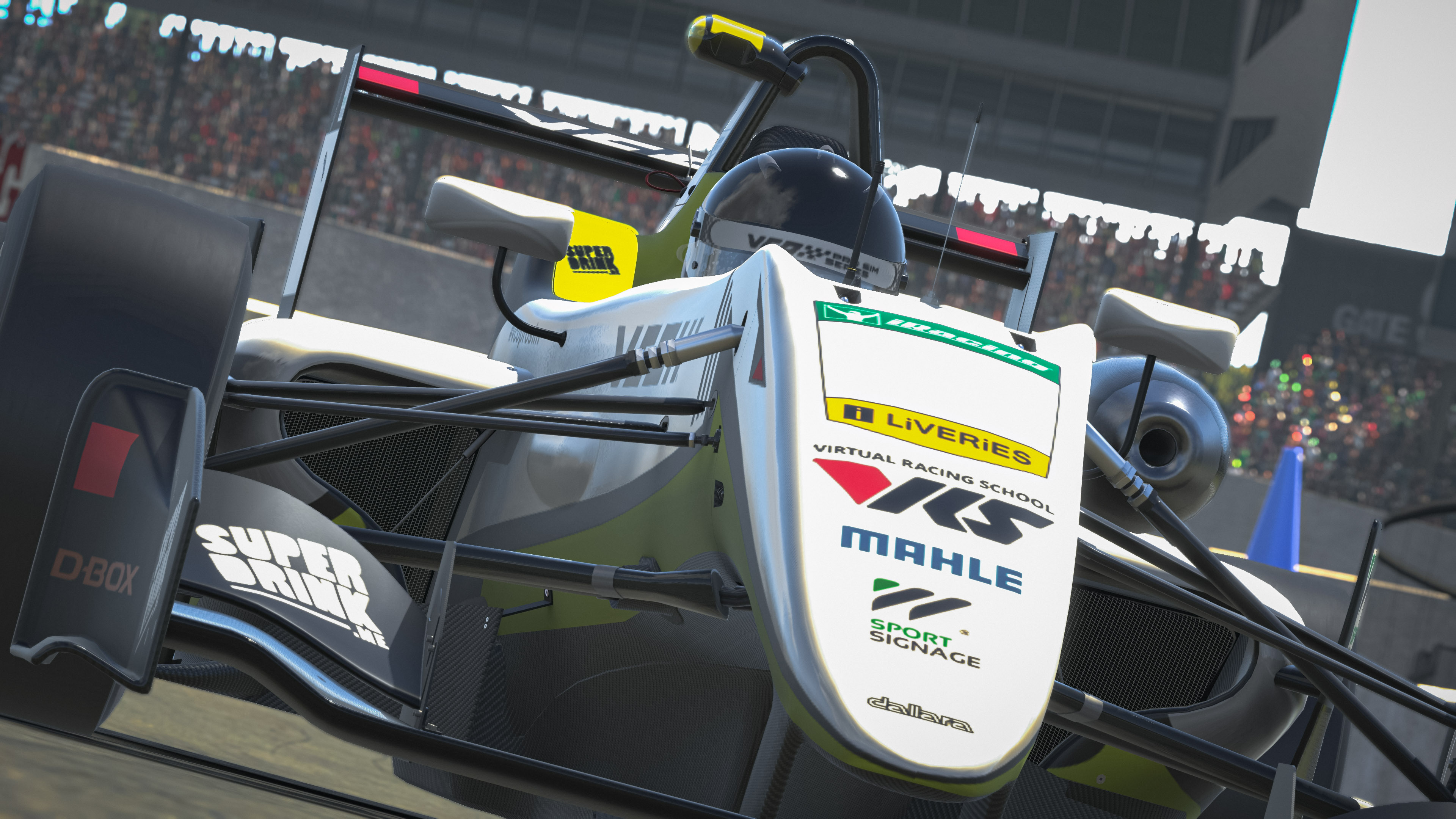