Munich – The MAHLE RACING TEAM and drivers Agustin Canapino and Alex Arana have celebrated the first win of the season in the third race of the Digital Nürburgring Endurance Series powered by VCO. The duo had reached the podium in the two previous races, having finished in second and third places. The BS+COMPETITION team actually crossed the finishing line in first place, only for a retrospective time penalty to be imposed due to a rule infringement. In the CUP2, CUP3 and TCR classes, victory went to VRS Coanda Simsport, CoRe SimRacing 2 and SimRC TCR.

Canapino secured pole position in the Audi R8 LMS GT3 and took the lead in the race. The fight for first place on the Nordschleife then saw contact with Philipp Eng in the BMW Z4 GT3 from BS+COMPETITION, which knocked the MAHLE RACING TEAM back. Canapino and Arana battled back to second, however, and were then retrospectively declared to have won the race, as BS+COMPETITION dropped back to sixth position due to the time penalty. Second and third places went to the BMW Z4 GT3s from the Walkenhorst Motorsport and BMW Bank teams.

In the CUP2 class, Joshua Rogers and Mitchell deJong from the VRS Coanda Simsport team celebrated victory ahead of the Manthey-Racing and Ascheer Racing teams. In the CUP3 class, Sindre Setsaas and Samuel Libeert from CoRe SimRacing 2 took the win ahead of VRS Coanda Simsport and Team RSO. Victory in the TCR class went to Jürgen Frank, Felix Luding and Johannes Maiworm from the SimRC TCR team. CoRe SimRacing TCR and Team Heusinkveld claimed the remaining podium positions.

The Virtual Competition Organisation (VCO) once again provided a unique photo service during the race. Each participant will be provided with photos and video material. Drivers and teams can also use the VCO Media Cloud to upload their own images and videos. The race was followed by the digital DNLS powered by VCO press conference with all class winners and some well-known professional racing drivers. The VCO studio celebrated its premiere on Twitch. Commentator Frederike Hofmann offered an interesting ‘second screen’ option for the DNLS broadcast and focussed on the participants in their simulators during numerous live interviews.

Alex Arana (MAHLE RACING TEAM, SP9 class winner): “That was a crazy race for us, especially the incident in lap one, after which we had to fight back to the top. From there we had to try hard to gain positions with a damaged car to reach victory. That is not the way we would have liked to win, but it’s still the very first win for us in the Digital Nürburgring Endurance Series and for MAHLE since its Esports debut.”

Bruno Spengler (Team BMW Bank, 3rd place SP9 class): “Third place is more than we could have hoped for after the way the race went. I still have a lot to learn on the Nordschleife and I wasn’t quite at the pace of the best drivers during qualifying. I then got turned twice during the early laps and fell back a long way. My team-mates Nils Koch and Kay Kaschube put on a fantastic chase – my compliments to them. It was a really cool race.”

Philipp Eng (BS+COMPETITION, 6th place SP9 class): “We really had a great race. The way it finished, with the retrospective time penalty costing us the win, is disappointing of course. Unfortunately, we didn’t change all the tyres during the pit stop as we were not aware of the relevant rule change. That was unfortunate and was not intentional, but it was clearly our fault. Nonetheless, the car showed great pace. Everyone in the team did a superb job.”

Dominik Baumann (Team Heusinkveld, 10th place SP9 class): “I am in the learning phase. Compared to the other professional sim racers, I just don’t have the time to train like I need to, to be able to compete at the top. But I have a great team and superb team-mates, who can teach me a lot about how sim racing works.”

Mike Rockenfeller (Phoenix Racing eSport Green, 11th place SP9 class): “I think we can still work on the setup and I still have room for improvement regarding my experience with sim racing on the Nordschleife. I was concentrating on completing my stint without making any errors. That went well and we learned a lot. Primarily, this does allow us to really enjoy being back behind the wheel.”

Sindre Setsaas (CoRe SimRacing 2, CUP3 class winner): “I think that our class win was based on a very good strategy. After our final pit stop, we had a 17-second lead and I just wanted to bring the win home. Then I had an accident while I was lapping someone and I was just about able to get the car over the line.”

Jürgen Frank (SimRC TCR, TCR class winner): “I moved into the lead just after the start. However, I couldn’t really pull away although I was pushing like mad. The slipstream is very effective in the TCR class – but only for the chasing cars. We had a lot of fun again and we are already looking forward to the upcoming races.” 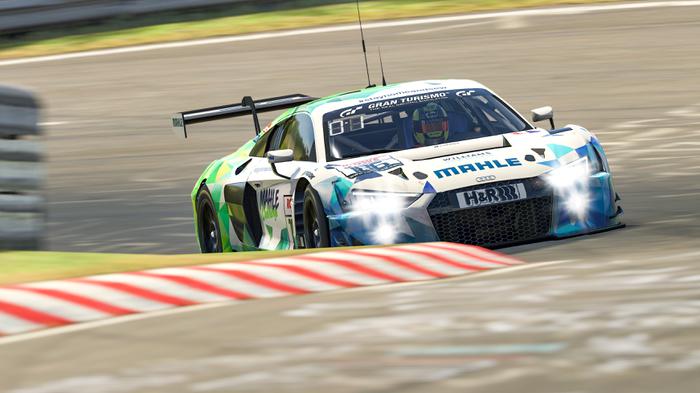 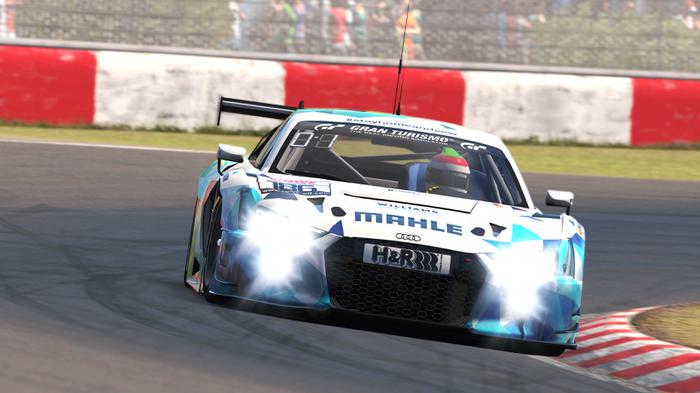 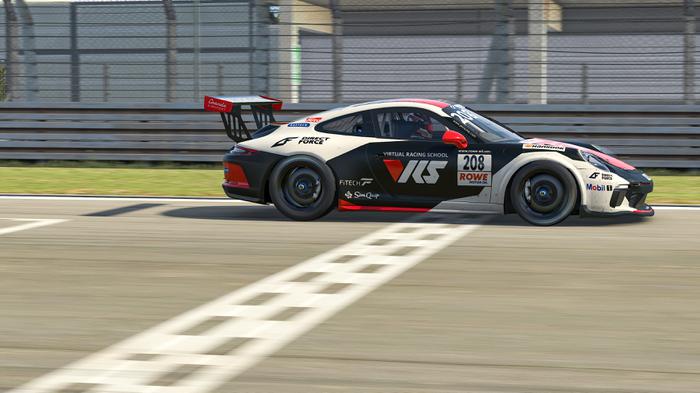 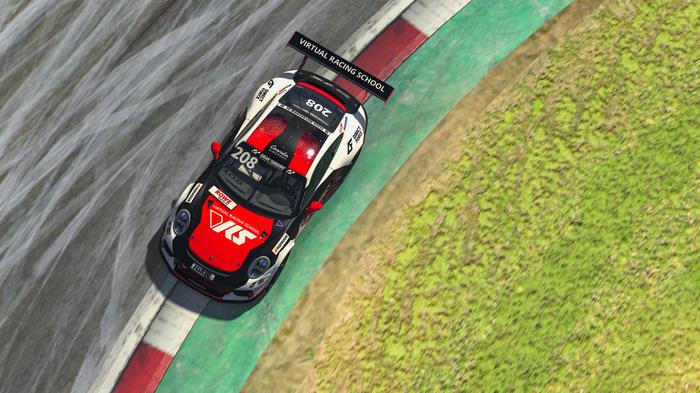 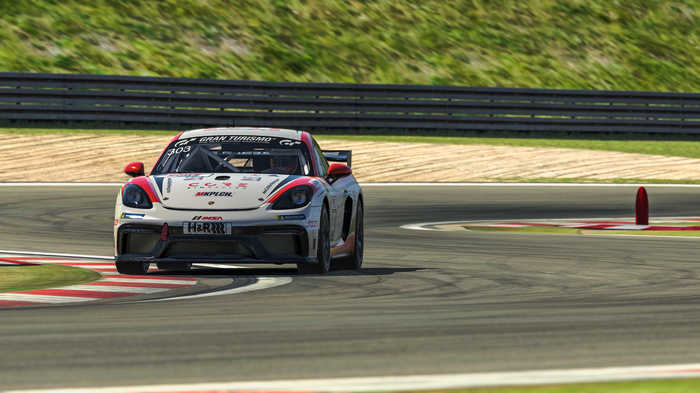 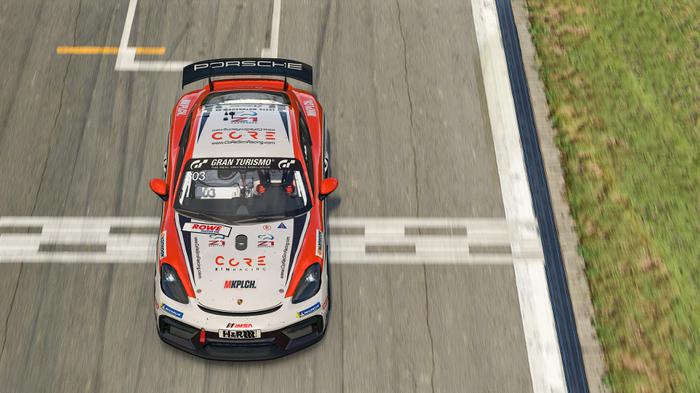 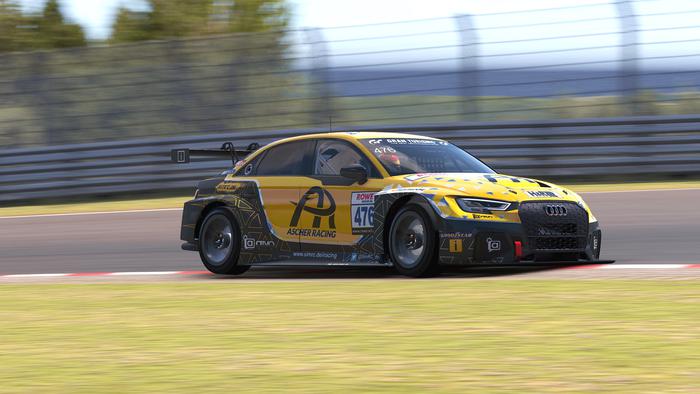 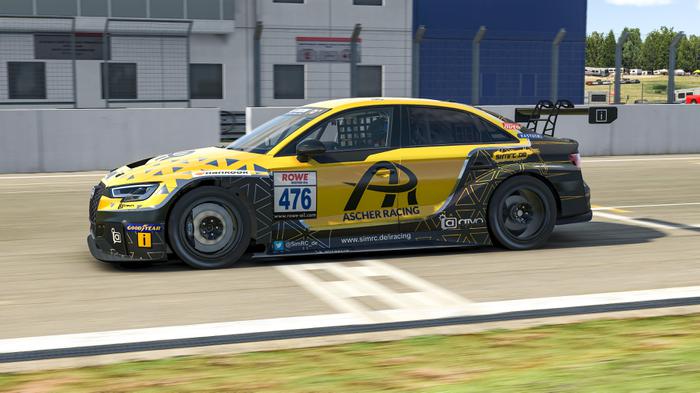