Munich – fourth race – fourth winner. Luca Kita and Patrick Heinrich have secured the first win of the season in the 24H SERIES ESPORTS powered by VCO for the Biela Racing Team. At the wheel of the #46 Lamborghini Huracán GT3 EVO, the duo triumphed after six hours and 196 laps on the legendary ‘Autodromo Nazionale di Monza’. This means that the fourth race in the endurance series hosted on iRacing saw a different team claim victory for the fourth time. Jorn Zoetekouw and Jamie Moone in the Team75 Bernhard by SimRC #75 Porsche 911 GT3 R secured second place. Third position went to Filip Mitrevski and Gabriel Erdelyi in the #78 BMW M4 GT3 from PRT Ronin SimSport, which had victory in sight for long spells.

Kita made the overtaking manoeuvre that would prove decisive around ten minutes before the end, passing Erdelyi who was then in second place but on older tyres than his rivals. Just a few laps later, he also lost out to Zoetekouw in the battle for second place.

Victory in the Cup class for the Porsche 992 was claimed by Alessandro Bico and Moreno Sirica from the Williams Esports team, which followed up success in the third race at Spielberg to top the rostrum for the second time in a row. The teams from Logitech G Altus Esports and CoRe SimRacing secured second and third positions.

In the GT4 category, the win went to Team75 Bernhard by SimRC, with Jürgen Frank and Marvin Strehl sharing driving duties at the wheel of the Porsche 718 Cayman GT4 ClubSport MR. This was the third victory of the season for SimRC. Second place went to Puresims Esport, while the Undercut Racing Team crossed the finish line in third position.

In the TCR class, CoRe SimRacing also celebrated the third win of the season. Corentin Guinez and Kieran Harrison shared the cockpit of the victorious #159 Audi RS 3 LMS. MSI eSports – TCR and the Heusinkveld 148 team claimed the remaining spots on the podium.

The fifth and penultimate race of the season will be the 6 Hours of Barcelona on 13th March.

Moreno Sirica (Williams Esports, 992 class winner): I think we managed the strategy perfectly for the conditions and for the length of the race. Basically, we only did one full tyre change. We managed to run the right side for four stints somehow. At the end of the fourth stint the rear was really unbalanced but somehow we made it work. I think that was the key because honestly, I wasn’t that fast or at least not as fast as Alessandro, Beau and Simone. I was a bit slower than them, but we managed to use the right strategy.”

Jürgen Frank (Team75 Bernhard by SimRC, GT4 class winner): To be honest, we had some worries in the beginning. We thought there would be two strategies: one for an extra stint and full throttle the whole race, and the other strategy that we planned from the beginning was to save fuel all the time. When Puresims hit the gas after about half an hour and they got away, we thought they will pull through now and that we might be on the wrong strategy, but somehow we made it work. In the first stint we saved two laps and I think that was the key today.”

Corentin Guinez (CoRe SimRacing, TCR class winner): MSI eSports was really fast today. They obviously had quite a lead in the first stint in terms of traffic and fuel saving. We than basically spent all day in catch-up and the key was to save plenty of fuel. It was quite nerve-racking but really nice to hold on.” 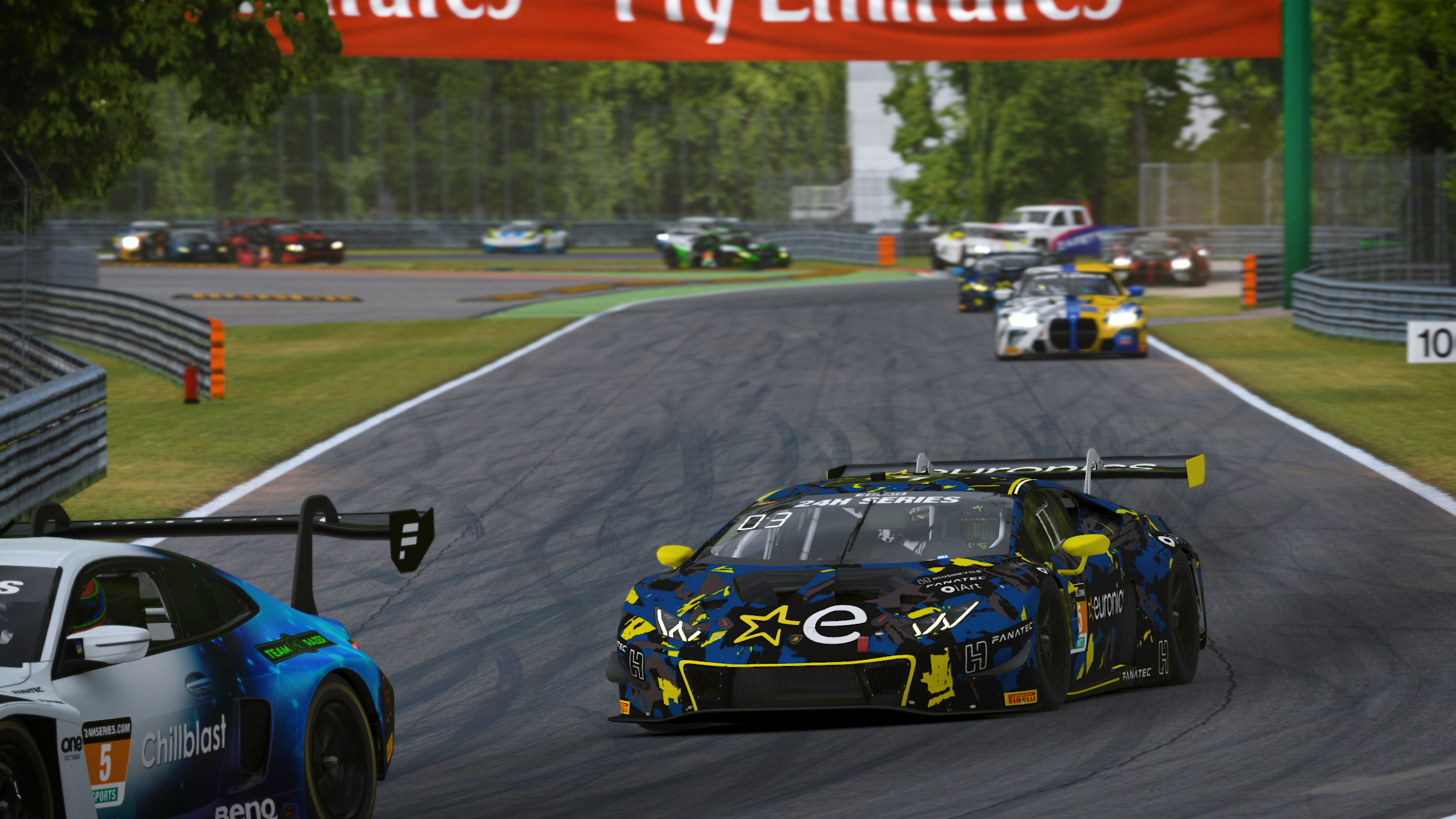 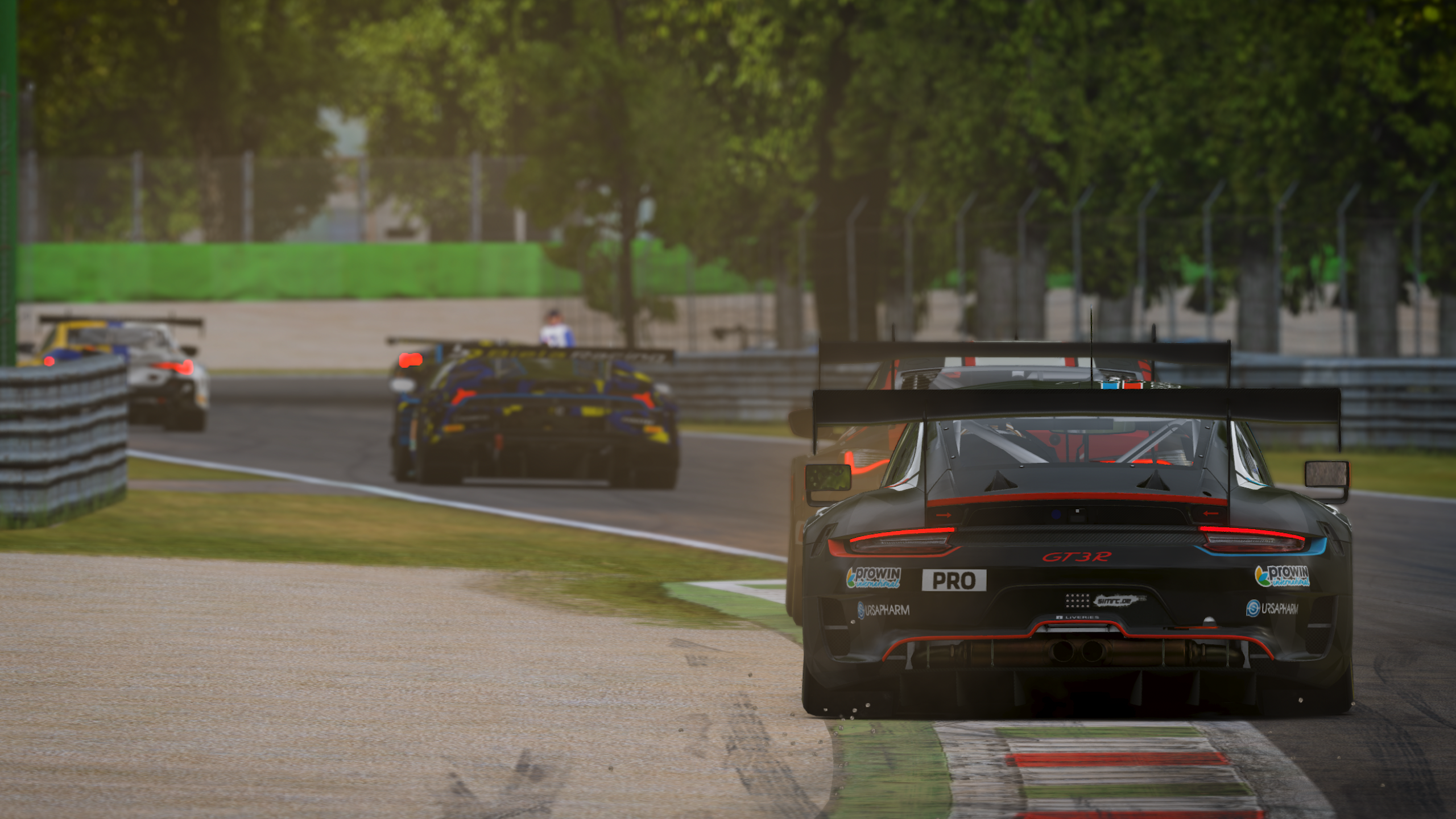 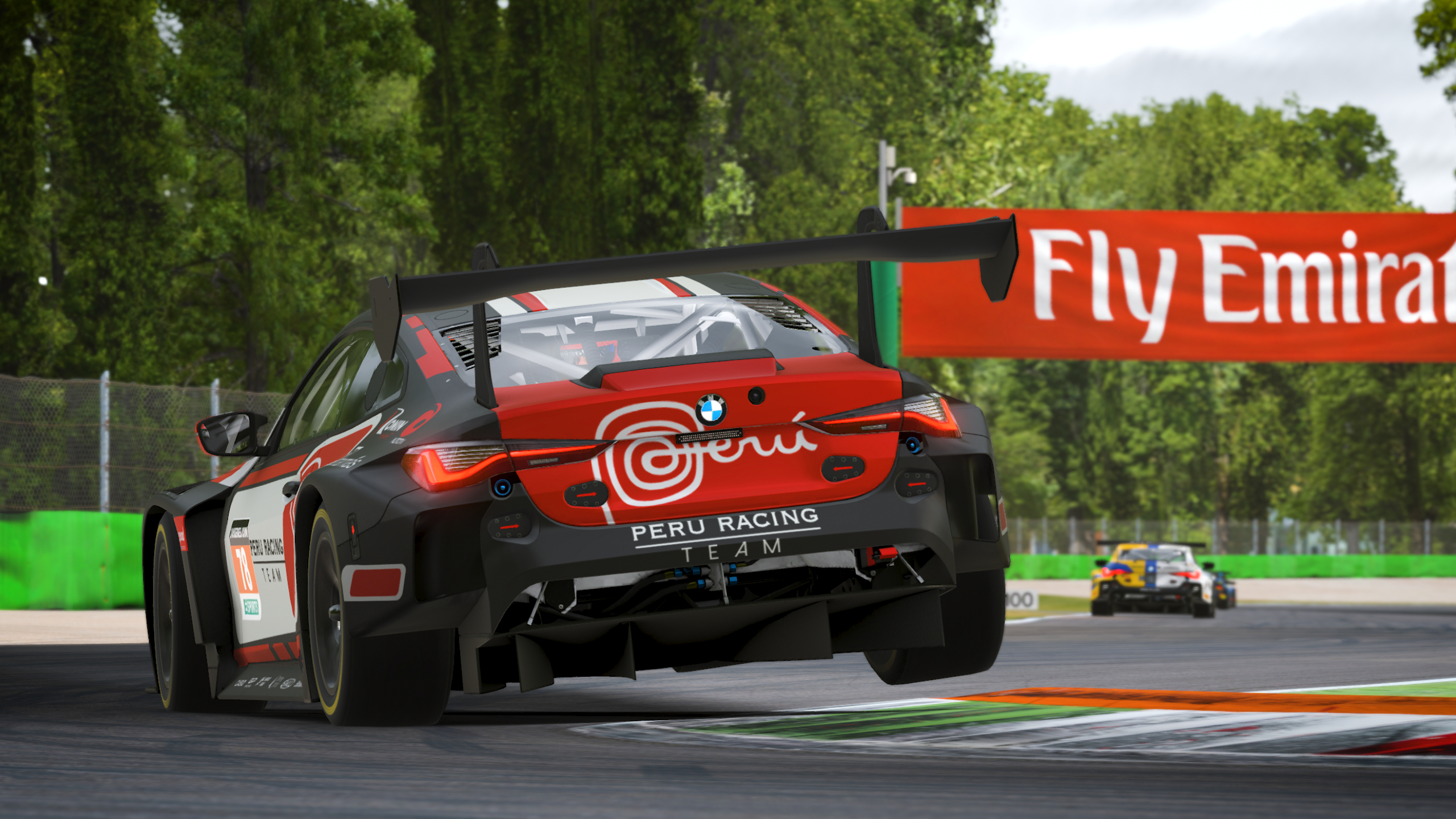 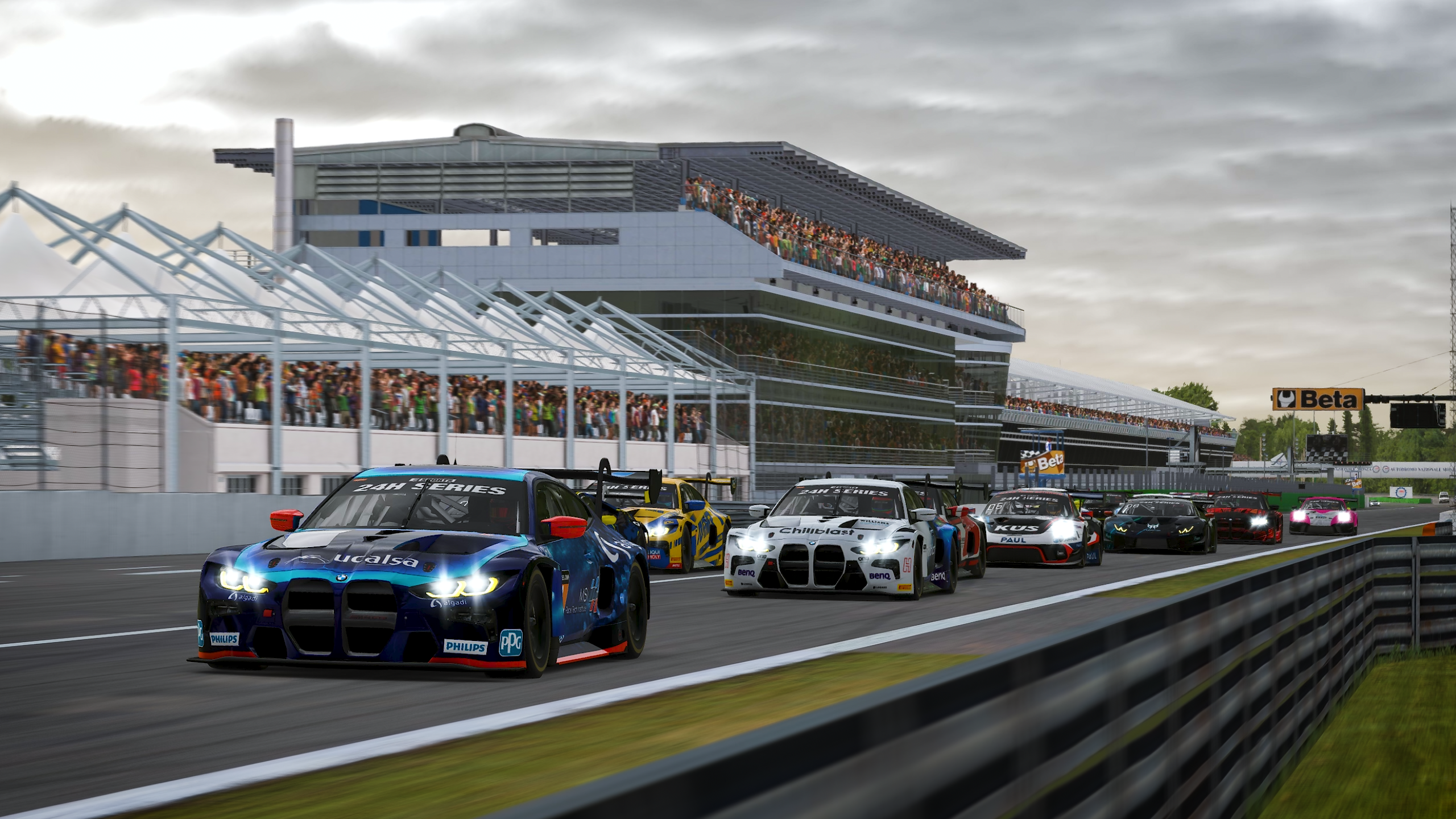 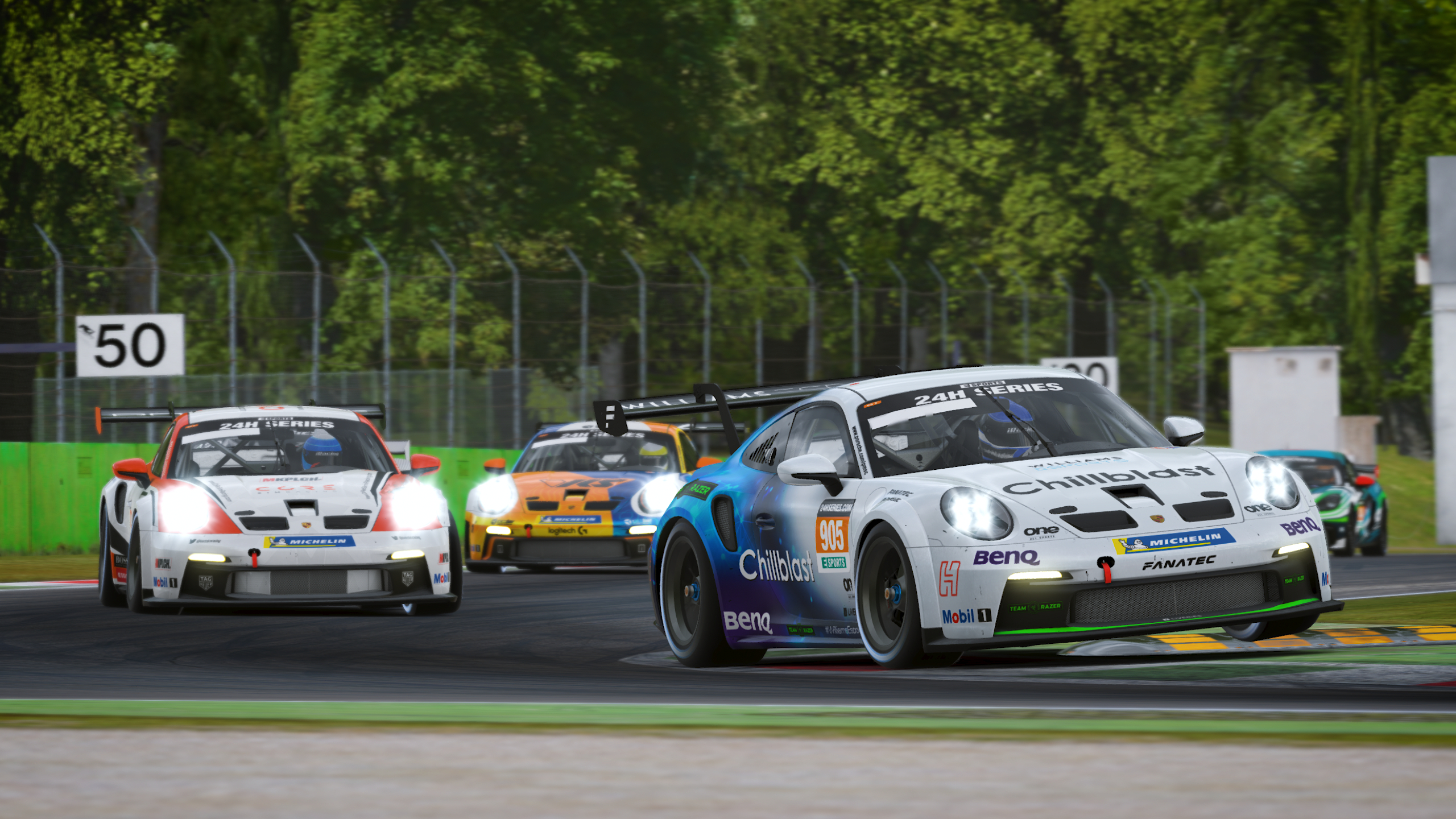 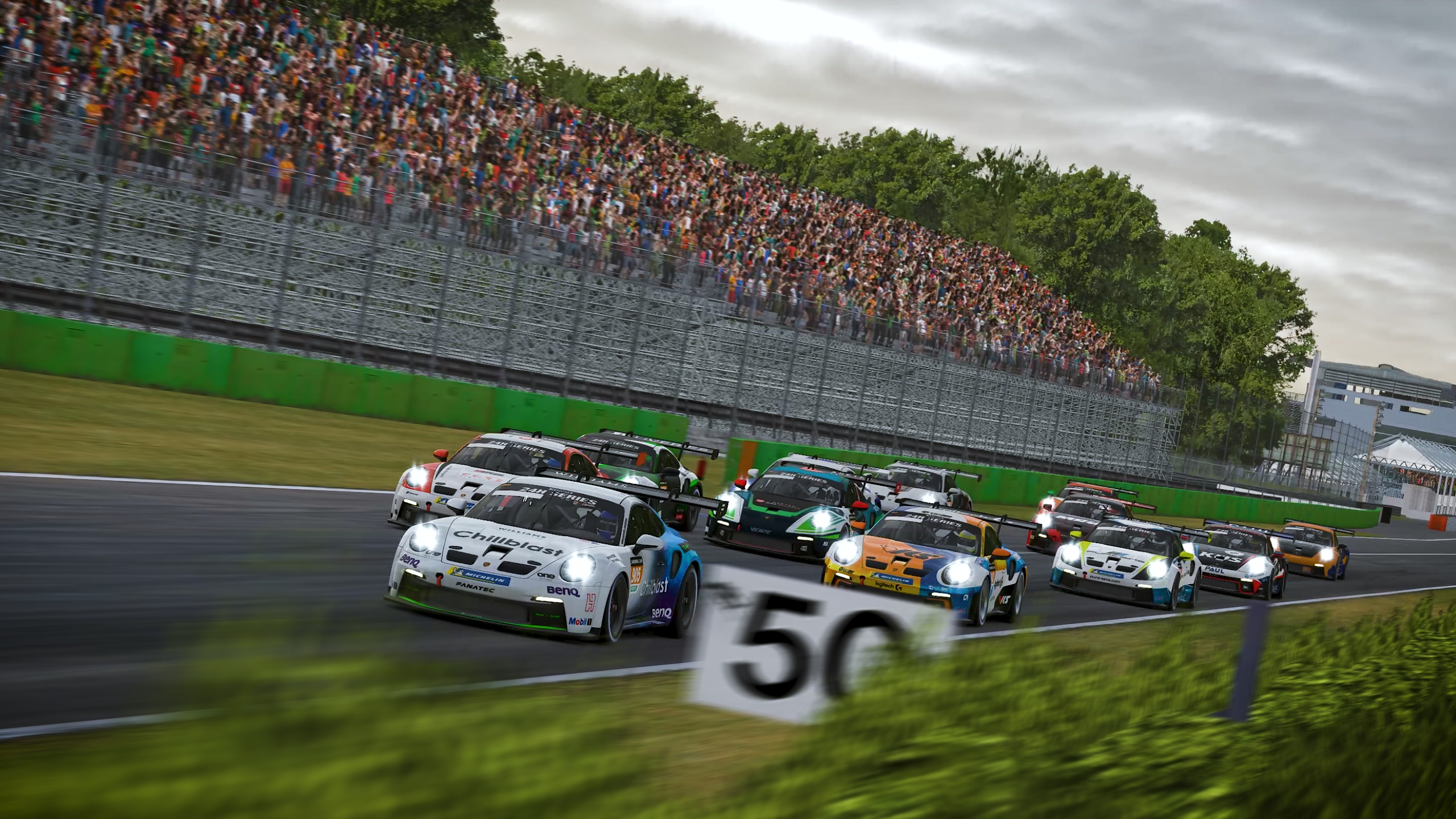 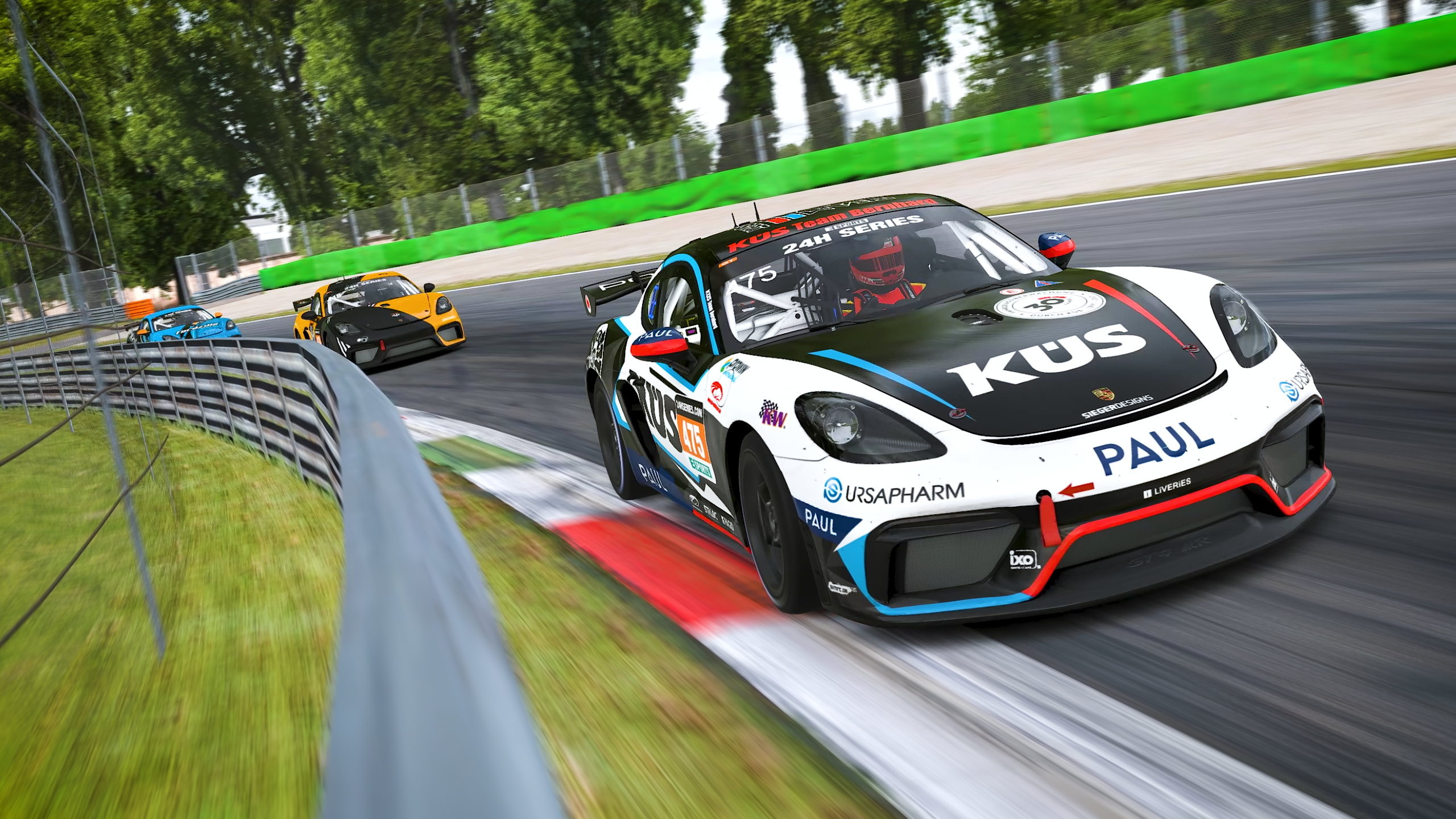 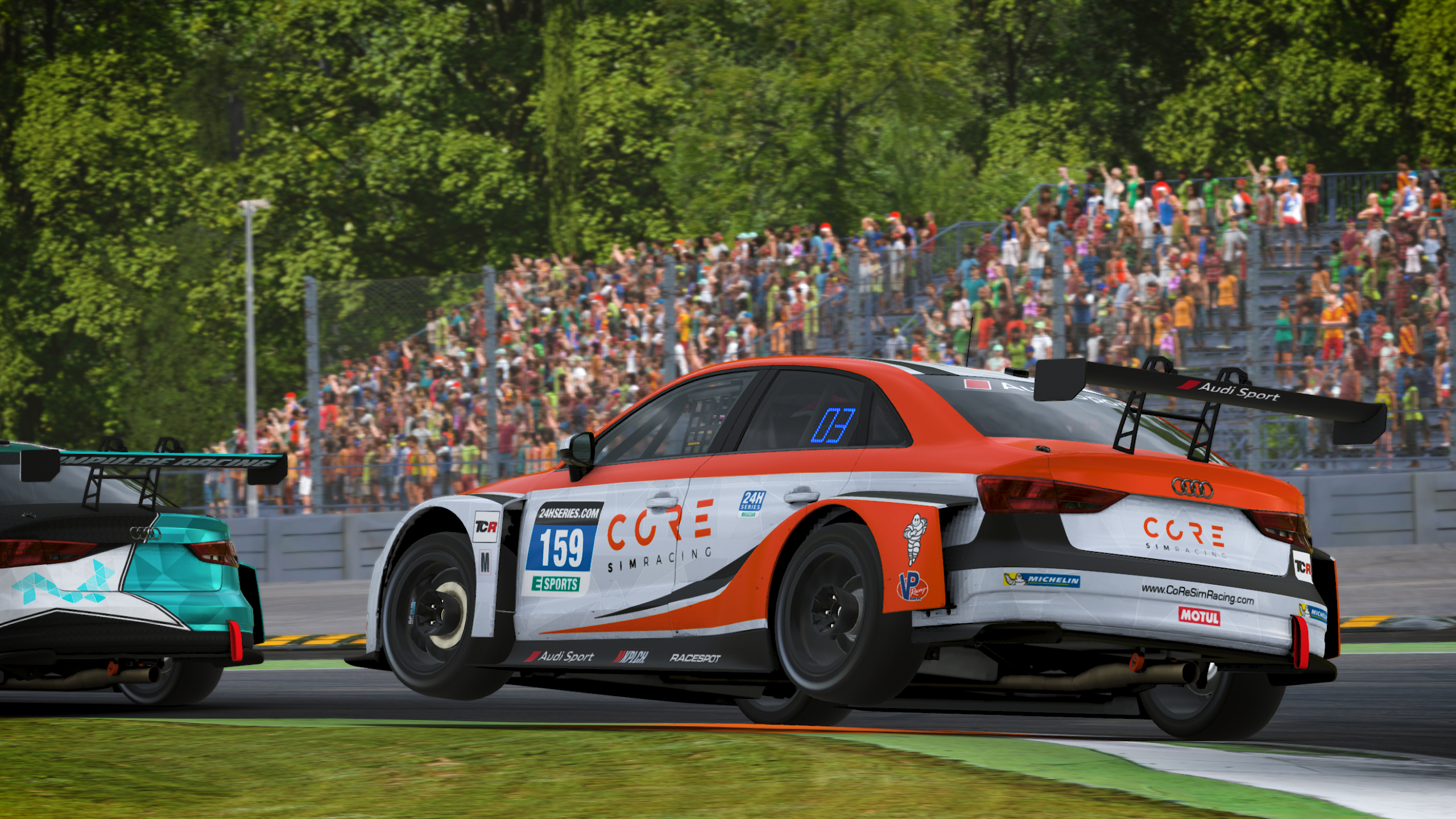