Munich – The wins keep coming for R8G Esports in the rFactor 2 GT Pro Series powered by VCO. As was the case two weeks ago at the virtual ‘VIRginia International Raceway’, the Formula 1 star Romain Grosjean headed team celebrated double success in the fourth round at the Nürburgring. After a dominant start-to-finish win for defending champion Erhan Jajovski in the sprint race, team-mate Hany Alsabti came out on top after some thrilling battles on the Grand Prix circuit in the Eifel region, celebrating his third win of the season.

Jajovski started the 15-minute sprint race from pole and was able to defend first place from the start in his Corvette. As the race progressed, he was able to pull away a little from the competition. He was able to fend off any attacks, crossing the line first after nine laps. Team-mate Yuri Kasdorp, who was also driving a Corvette, made a good start and was able to work his way up from fourth to second place. Third place went to Kevin Siggy, who was once again the only Esports racer in the field to compete in a BMW.

The main race, with the top ten from the sprint race starting in reverse order, featured an exciting duel between Dennis Jordan (Corvette, Evolution Motorsports) and Alsabti. After the two made contact after around 15 minutes, Nikodem Wisniewski was able to take advantage in his Williams Esports Corvette and move into the lead. The winner of the season-opener remained in first place for about ten minutes, until Alsabti took a grip on the lead that he never relinquished. After 25 race laps, Wisniewski crossed the finish line in second place, while Joonas Raivio (Corvette, Zansho) completed the podium in third. Jajovski battled away against Siggy for several laps but had to be content with finishing in twelfth position.

Jajovski remains first in the overall standings with 597 points. Behind him, Alsabti and Jernej Simoncic (Burst Esport) are 23 and 28 points down in second and third place respectively. The next races in the rFactor 2 GT Pro Series powered by VCO take place on 7th December at Indianapolis.

Erhan Jajovski (R8G Esports): “Textbook qualifying and sprint race for me, without a single mistake. I’m really happy with that but it all came back to bite me in the main race. Lack of concentration for a moment resulted in a spin, which dropped me back five places, but I was able to recover a couple and finished twelfth. Not the result I was aiming for, but didn’t lose much to the other drivers for the championship fight. Looking forward to the next round to be back on top!“

Hany Alsabti (R8G Esports): “Having Nikodem on my back meant that I had to overtake Dennis Jordan as quick as possible. I went for the overtake into the hairpin but it was not a clean one and that gave Nikodem the opportunity to overtake us both. Nikodem did everything to stay ahead but my tyre management was better and that gave me the chance for a move into T1 which worked out pretty well. Overall, I’m not happy about my move on Dennis but winning all the main races that I have participated in means a lot to me.” 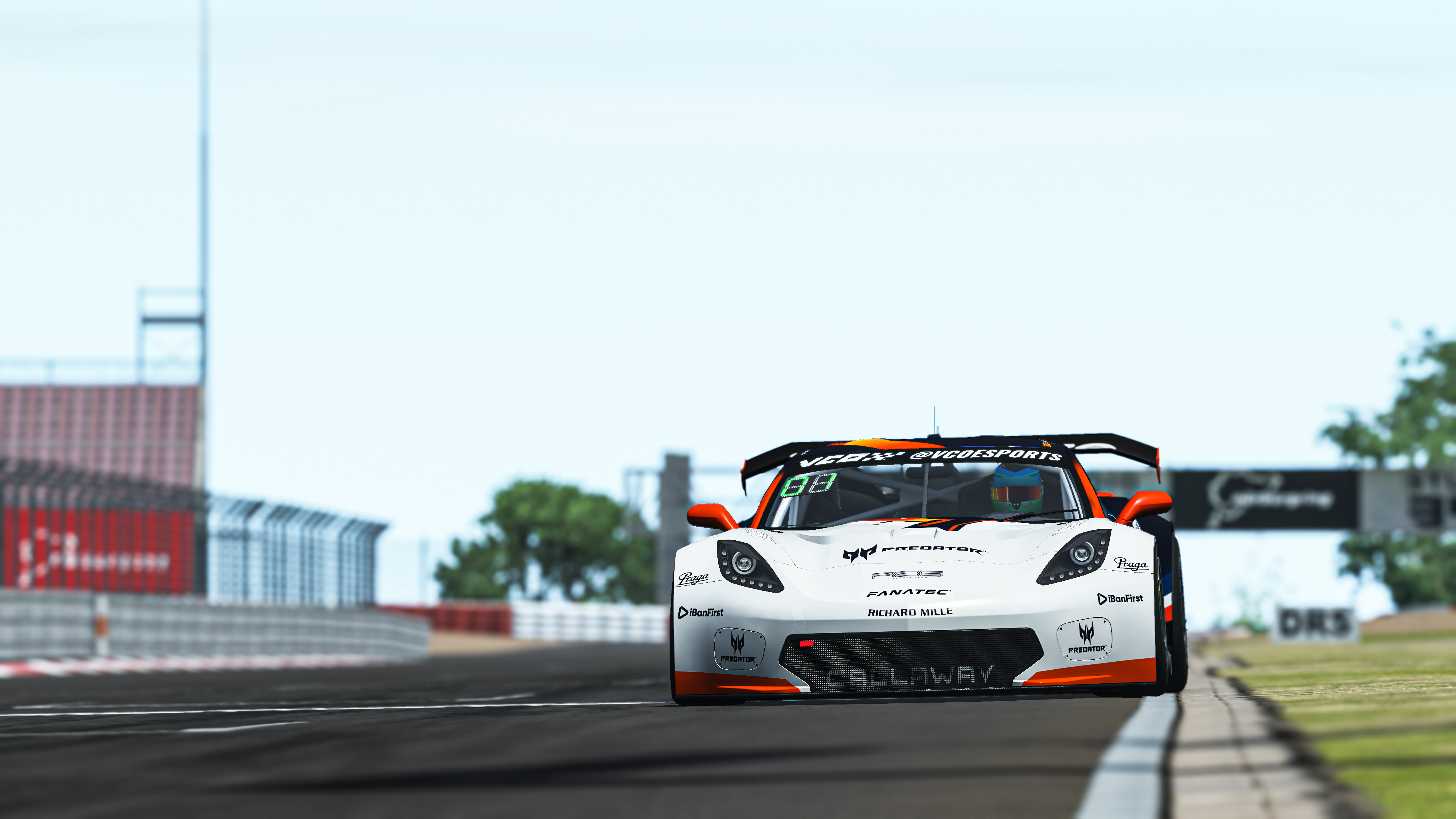 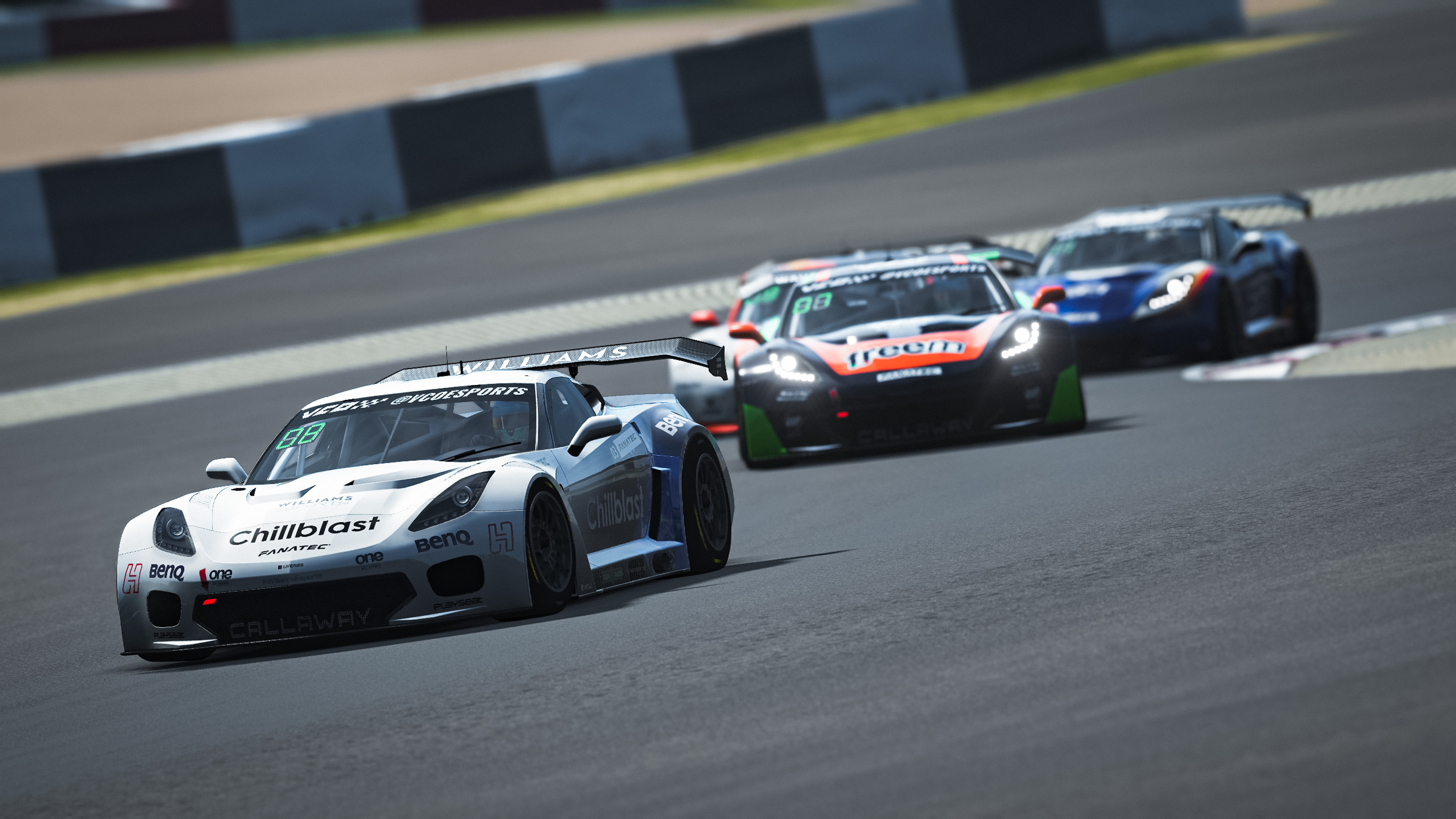 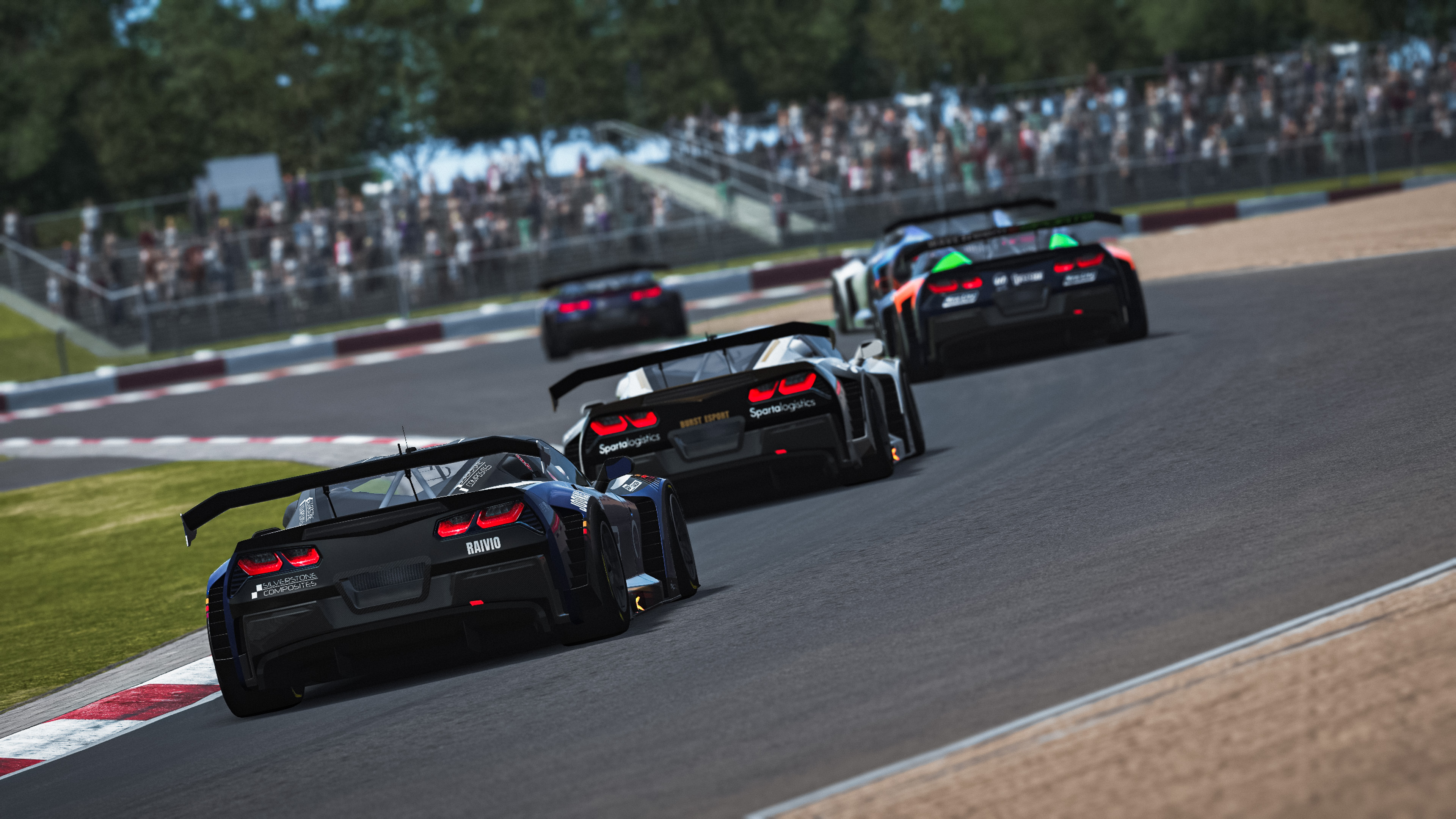 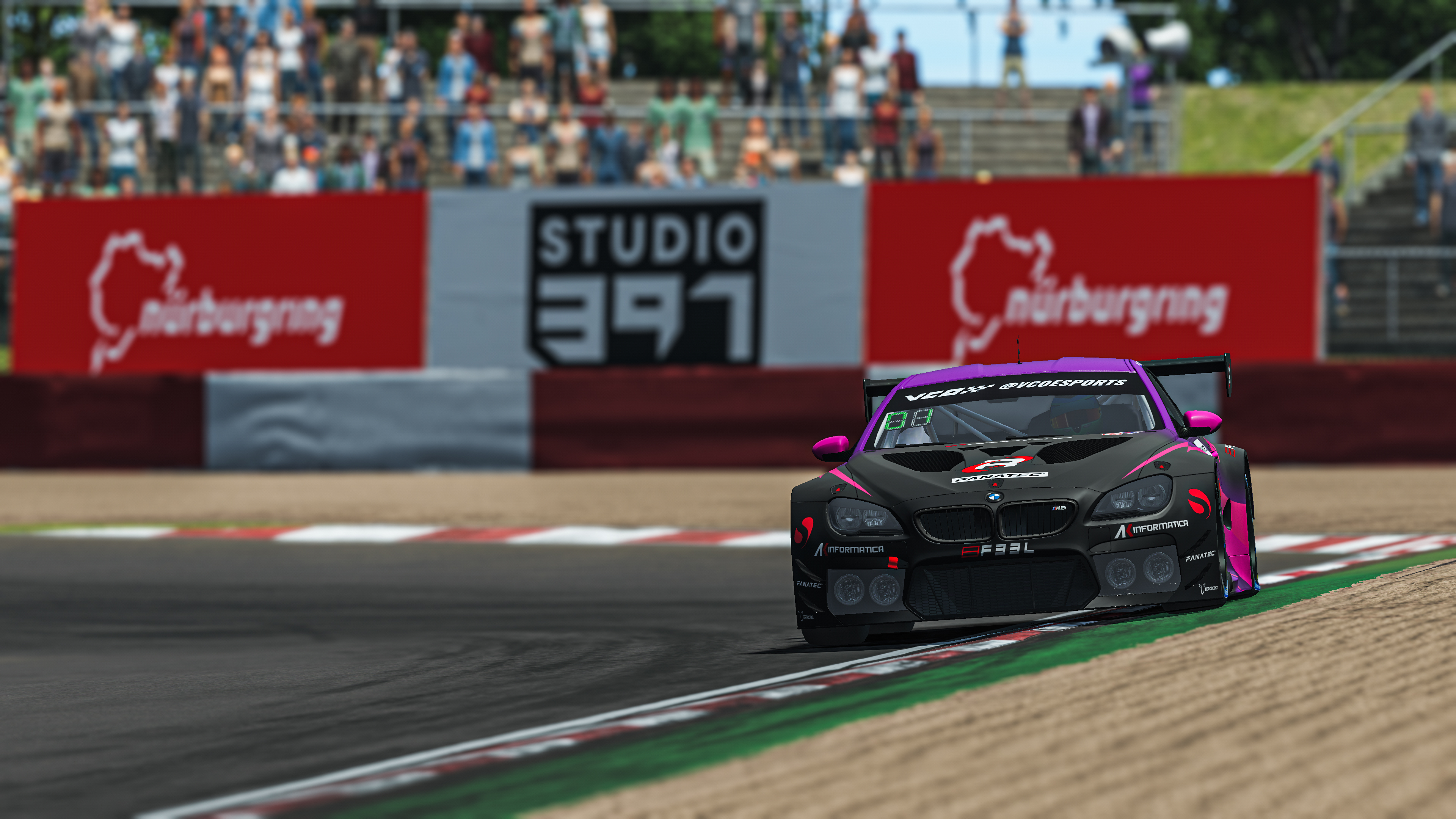 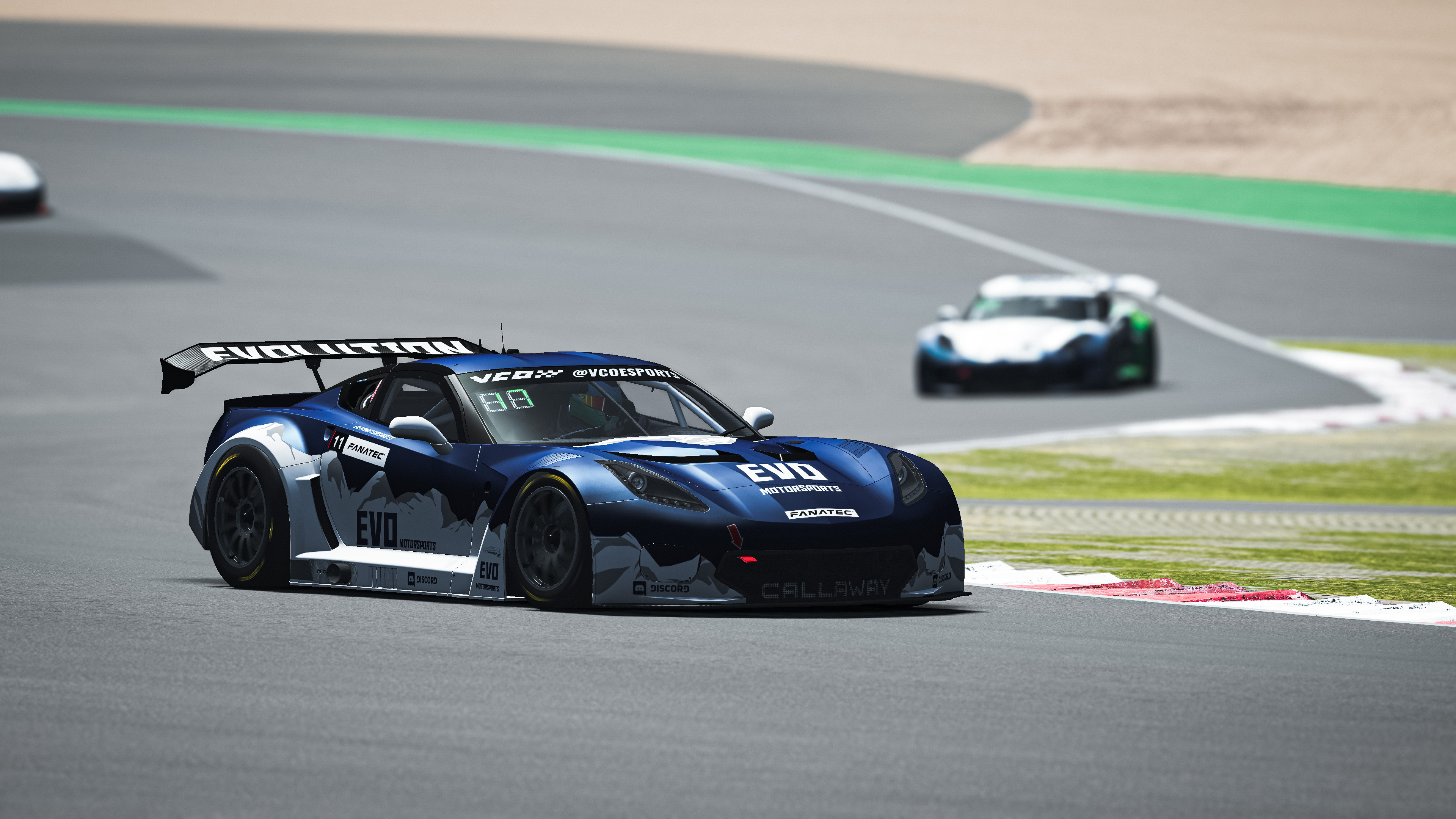