Munich – The sixth of eight races in the VCO ProSIM SERIES season is over – and the battle for the title in the individual standings is entering the critical stage. Having previously claimed two wins in a row, this time Joshua Rogers and Ayhancan Güven secured second place in the Championship Race on the Nürburgring Grand Prix circuit, defending their overall leads in the standings for the Esports racers and the real-world Pros. Meanwhile, Sebastian Job and Philipp Eng celebrated their first win of the season after a thrilling duel with Rogers and Güven. In the Fun Race on the ‘Sebring International Raceway’, victory went to Laurin Heinrich.

FUN RACE:
In the sixth Fun Race of the season, it was the turn of the real-world Pros for the third time. They competed in a true iRacing classic on the virtual Sebring International Raceway. The action lasted for 20 minutes in the Riley MK XX Daytona Prototype. Daniel Juncadella had secured pole position with a time of 1:57.084 minutes, but fell back to fourth place at the start. Up front, Laurin Heinrich and Phil Denes battled for victory to the final turn. Heinrich withstood the pressure applied by Denes, securing first place ahead of the challenger. After a tight battle with Juncadella and Sage Karam, Philipp Eng crossed the line in third place.

Laurin Heinrich: “I like the Fun Race. We only find out where we are racing just before the start. That suits me. It was a super race. I had never driven the car before; it was before my time on iRacing. I was eight years old when it was in action but it felt really good. Phil Denes was always close to me and we battled hard for the entire race. That’s what racing is about.”

CHAMPIONSHIP RACE:
The first close race took place during the VCO Twitter voting to choose one of two legendary circuits. The Nürburgring Grand Prix circuit won by a few votes, holding off the challenge of the ‘Autodromo Nazionale di Monza’. In qualifying, Joshua Rogers and his team-mate Ayhancan Güven secured pole position to put themselves in the ideal position for a third consecutive win. However, Sebastian Job was able to overtake Rogers during a thrilling duel between the Esports stars, before handing his car over to Philipp Eng in the lead. The BMW works driver held his nerve during the second half of the race, holding off Güven’s attacks up to the final corner. There was contact between the two on the way out of the final turn on the last lap, but it made no difference to the result. Third place went to Graham Carroll and Laurin Heinrich.

Philipp Eng: “Those might have been the most intense laps of my entire career. I am totally exhausted, the stress level was very high. Sebastian did an unbelievable job. I am just really happy. Topping the podium in a race against the fastest Esports racers and real-world Pros is a dream come true for me. Thanks to Sebastian and to VCO for this great show.”

Sebastian Job (Red Bull Racing Esports): “The car gets better with each lap in qualifying, so the final lap should be the fastest. I almost managed another lap but then I got stuck in traffic. Luckily, it was enough for the front row; that was very important.” 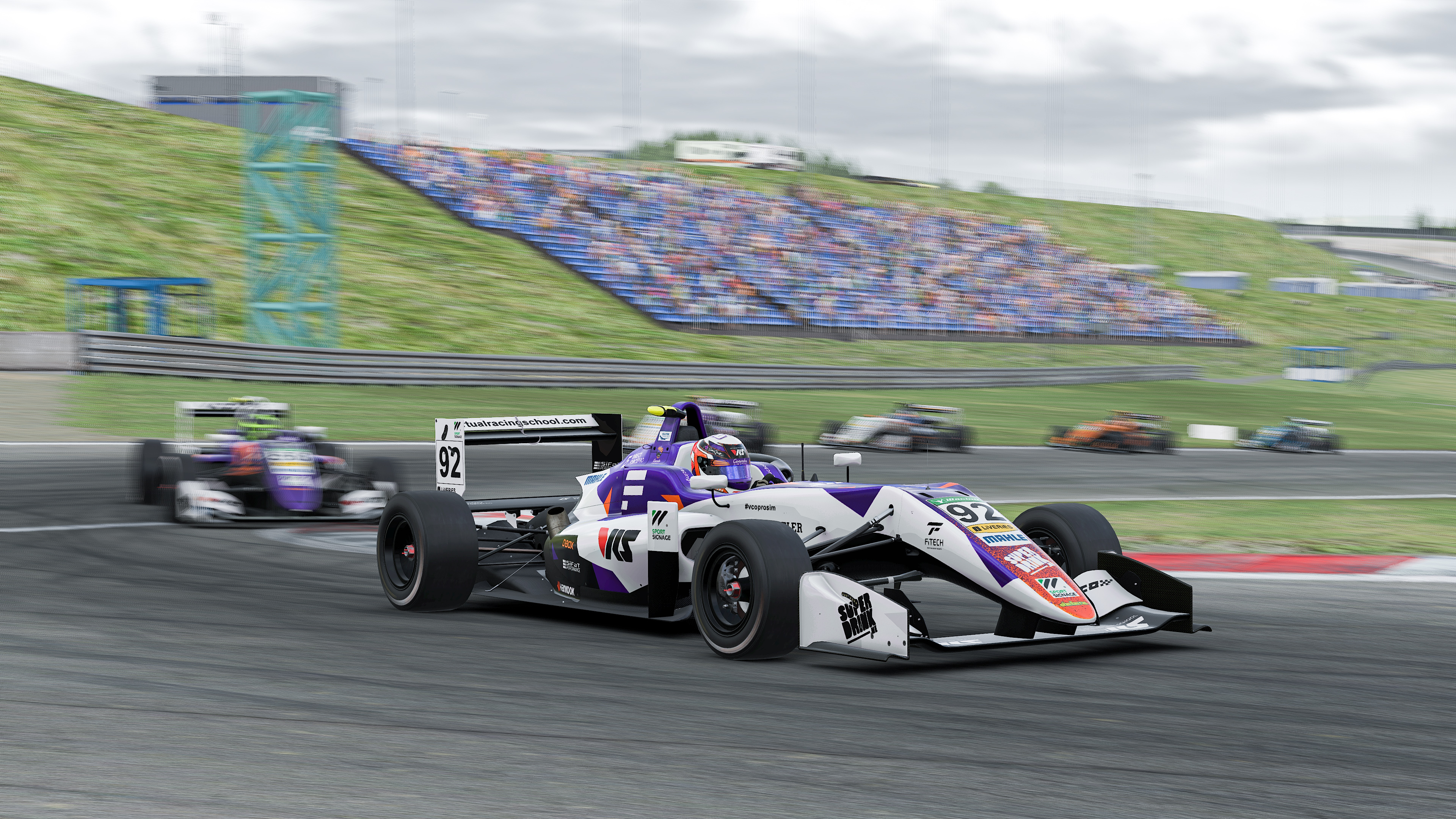 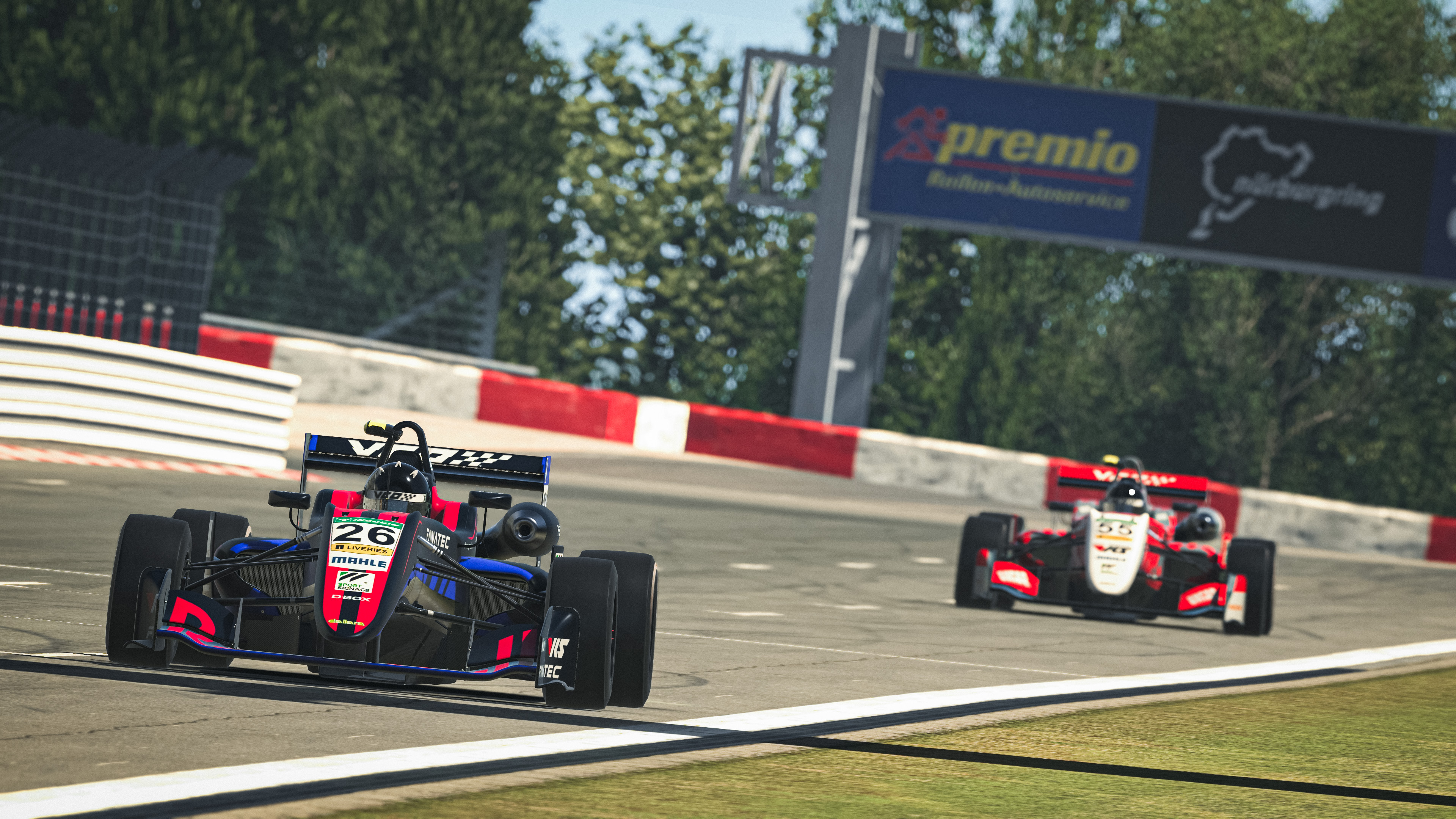 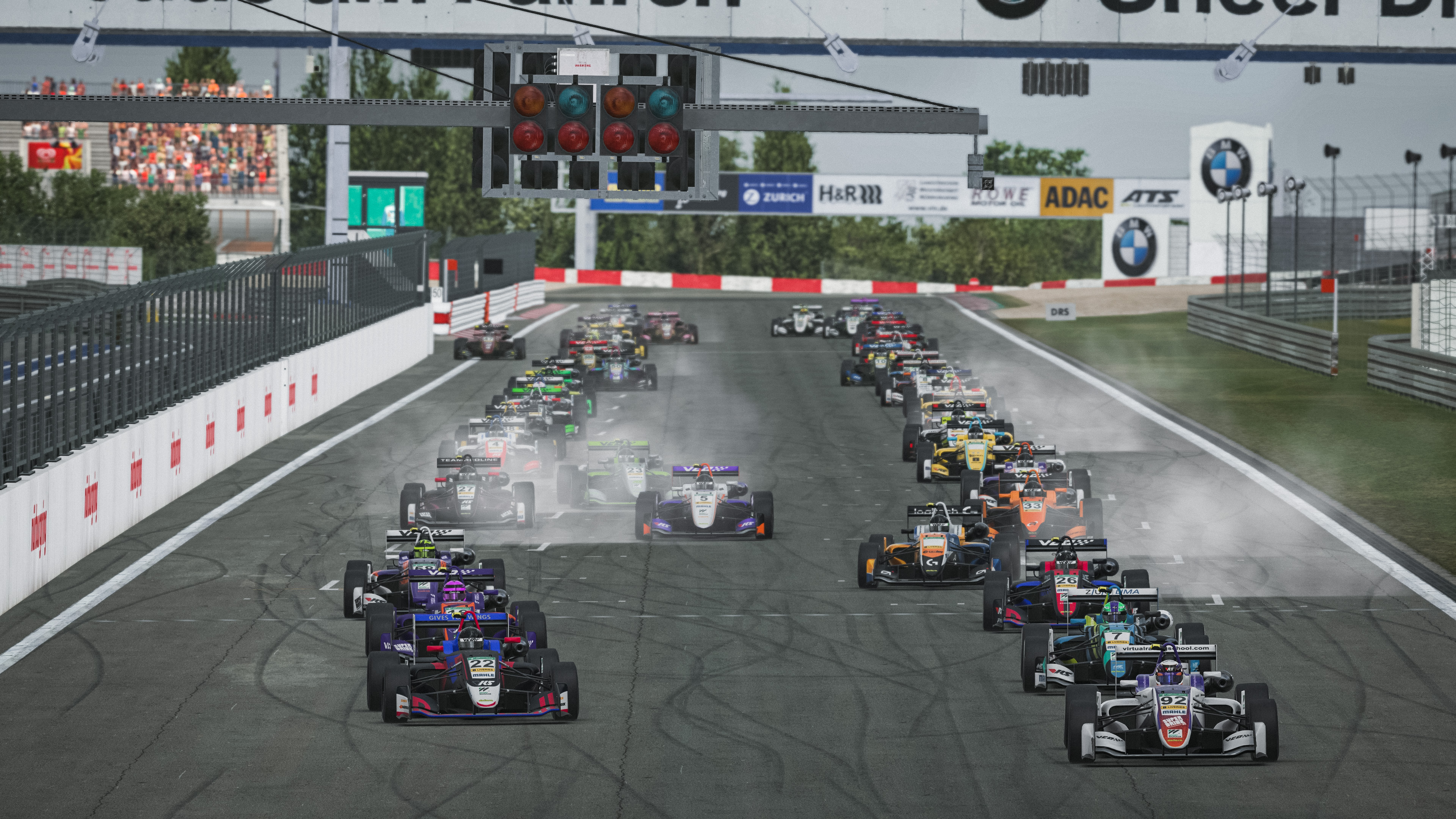 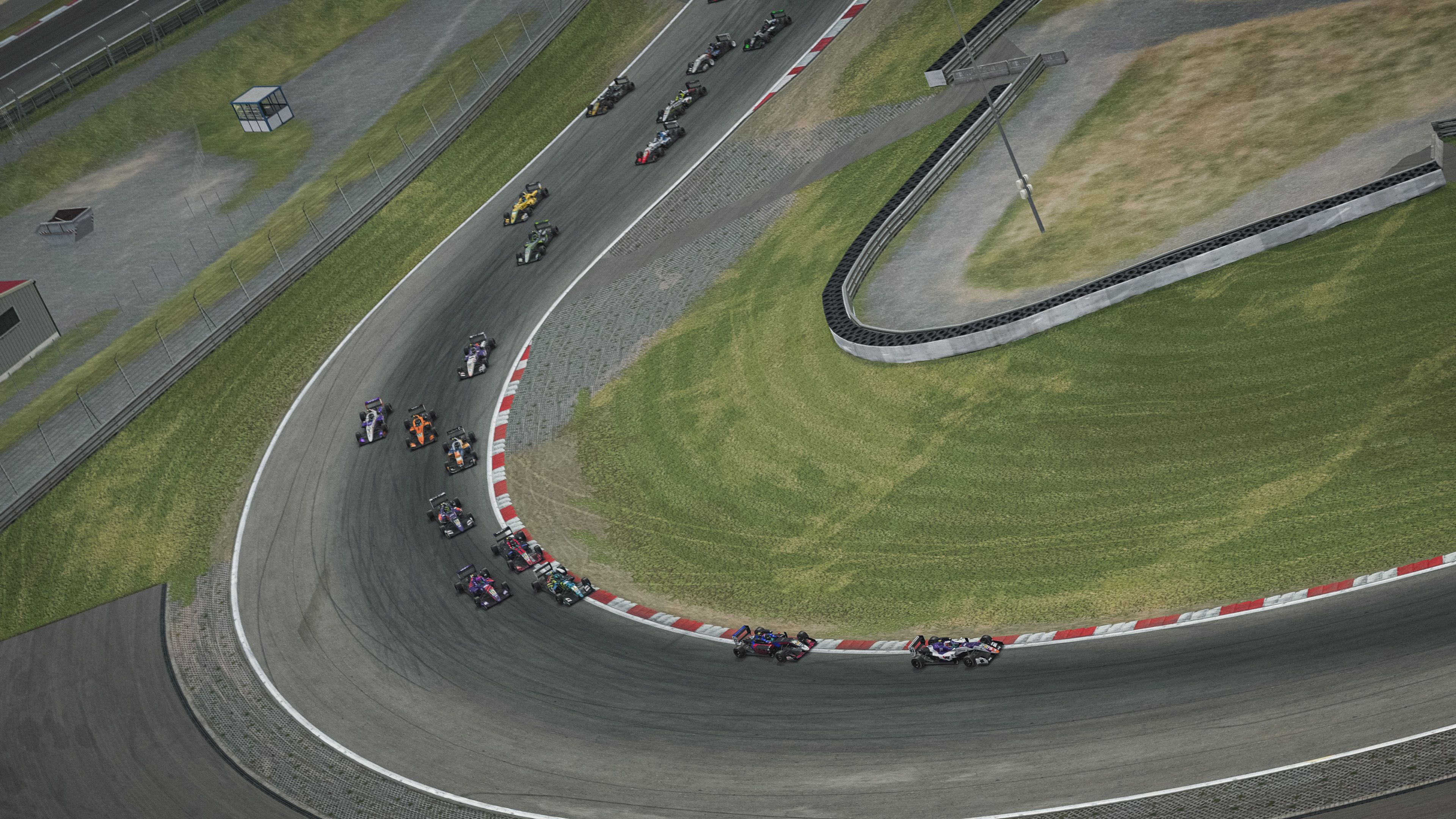 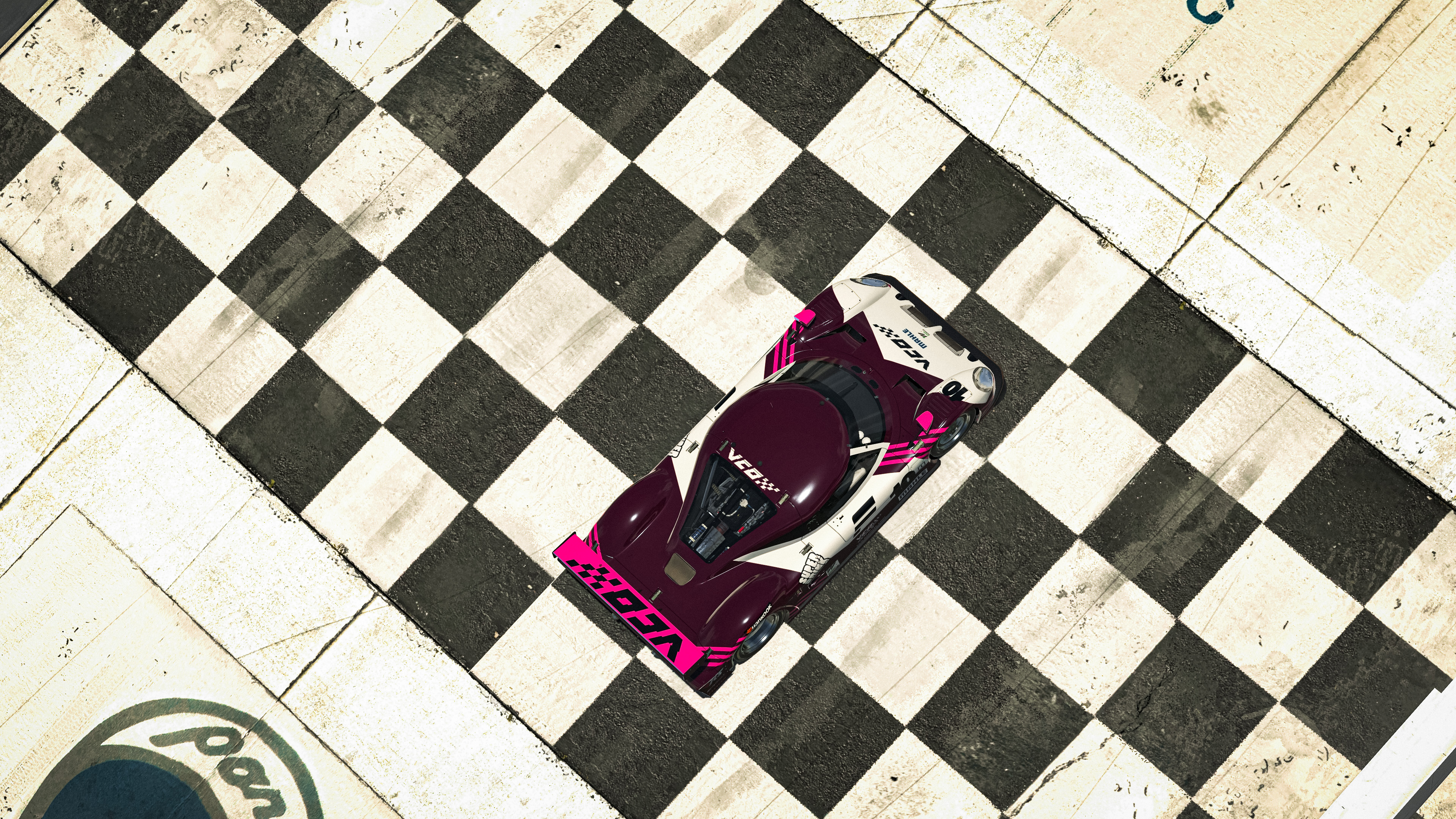