Munich – Biela Racing Team EURONICS remains in the victory lane in the 24H SERIES ESPORTS powered by VCO on iRacing. About a month after winning the 6 Hours of Silverstone, the team in the virtual #45 Audi R8 LMS GT3 also won the fourth race of the season, the 6 Hours of Monza. Stefan Hofbauer and Sven-Ole Haase prevailed against MSI eSports and Williams Esports after 197 laps. In the GT4 class, Team SRC Squadra Corse celebrated its fourth win in four races. In the TCR category, SimRC was defeated for the first time this season, coming third behind HM Engineering and Team Heusinkveld. In the Porsche class it was Aurys Racing Team who triumphed.

With its second successive win, Biela Racing Team EURONICS expanded its lead in the overall standings. Different strategies from the top teams made for a thrilling final stage at the high-speed Monza track. Around 30 minutes before the end of the race,  Haase pulled off the decisive overtaking manoeuvre against MSI eSports, took the lead and built a gap of 5.8 seconds by the time he crossed the finish line.

The Porsche 911 class wasn’t quite as close a call as last time around at Silverstone. Carlos Fenollosa and Xavi Ros of Aurys Racing Team delivered a commanding performance and ended the race with a nine second advantage over Inertia SimRacing EuroRC.com. Third place went to GOTeam Racing. This was Aurys Racing Team’s second win of the season, after their victory at Sebring.

In the GT4 category SRC Squadra Corse remained dominant. Camillo Pezzoli and Emanuele Petri celebrated their fourth win of the season from four races in their BMW M4 GT4, maintaining their perfect record. Second place went to the BMW M4 GT4 of BS+COMPETITION, ahead of the Porsche 718 Cayman GT4 of Torque Freak Racing by TFRLAB.

In the TCR class Jürgen Frank and Felix Luding of SimRC were defeated for the first time this season. They finished third in their Audi RS3 LMS, behind winners Kieran Harrison and Corentin Guinez of Team HM Engineering, and Michael Schöttler and Marcel Tie of Team Heusinkveld.

Sven-Ole Haase (Biela Racing Team EURONICS, winner GT3): “The final hour was really tough. I expected it to be very close after the final round of pit stops. MSI eSports came back onto the track about two seconds ahead of us, but I was confident that we would be able to get past them on slightly fresher tyres and it worked out. But huge respect to our rivals. The duel was fun – bring on the rematch next time around!”

Carlos Fenollosa (Aurys Racing Team, winner Porsche 911): “It wasn’t all about pure speed on this track. At Monza it is crucial to save fuel and get through the traffic unscathed. You need to drive cleverly and can’t afford to have any incidents. We managed that, which meant we were able to move into the lead from sixth on the grid.”

Camillo Pezzoli (SRC Squadra Corse, winner GT4): “Fourth win in a row – we’re over the moon. Obviously, Monza was a home race for me and our Italian team. I only live 20 kilometres from the track, so I know it really well. Perhaps there was a slight home advantage. Compared with the previous races this might have been the toughest. The fuel strategy was particularly challenging, so we changed our tactics and built in an extra pit stop instead of having to save too much fuel.”

Corentin Guinez (HM Engineering, winner TCR): “The main factor that made the race really tough was the fuel economy. We weren’t quite sure what to do at the start. Then in the first stint I saved as much fuel as possible in the slipstream, which meant we were able to drive one lap more than our rivals. That was great. We expected a fierce battle with SimRC. The fact that they lost some time due to an incident in the box took some of the pressure off us.” 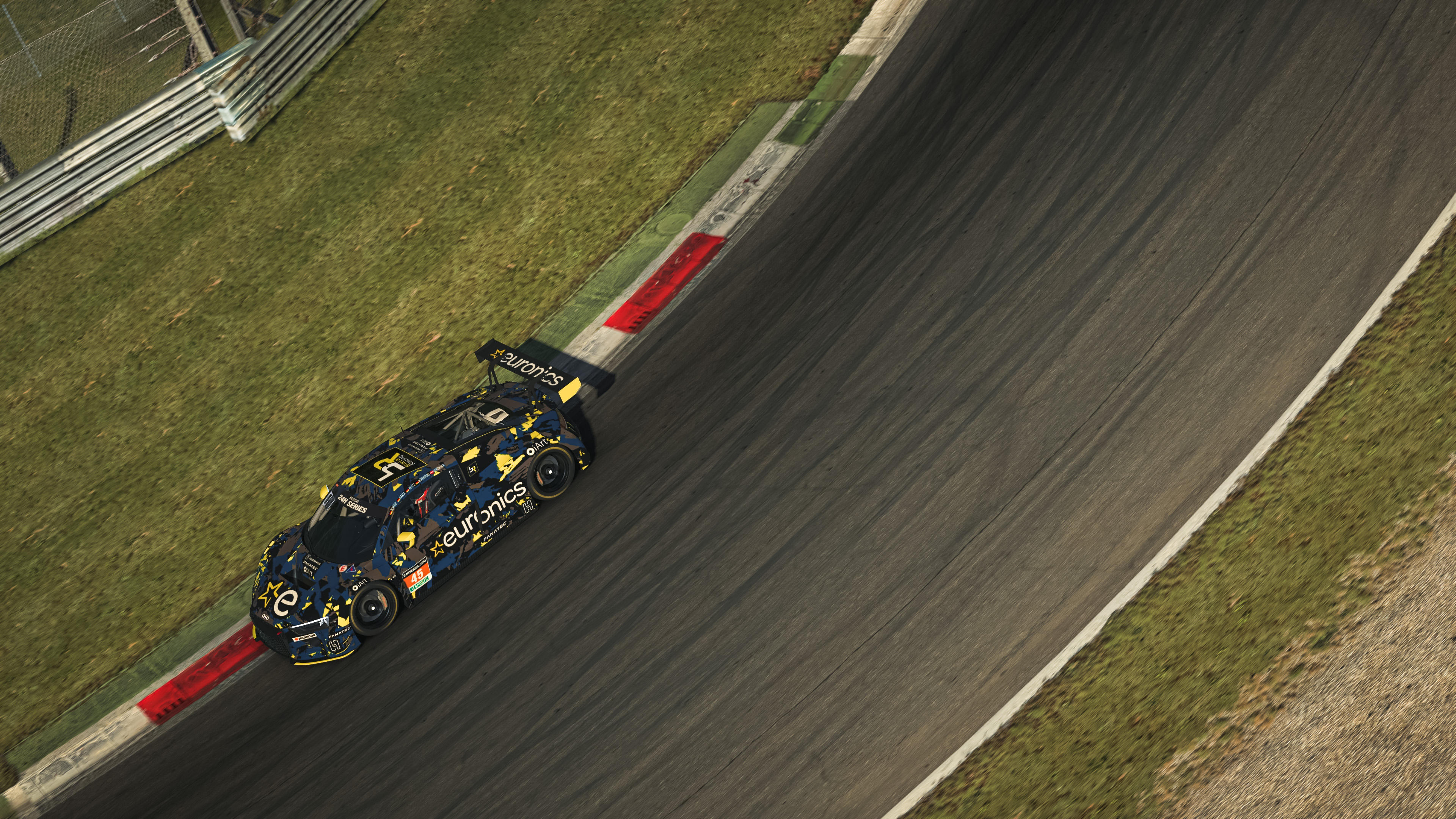 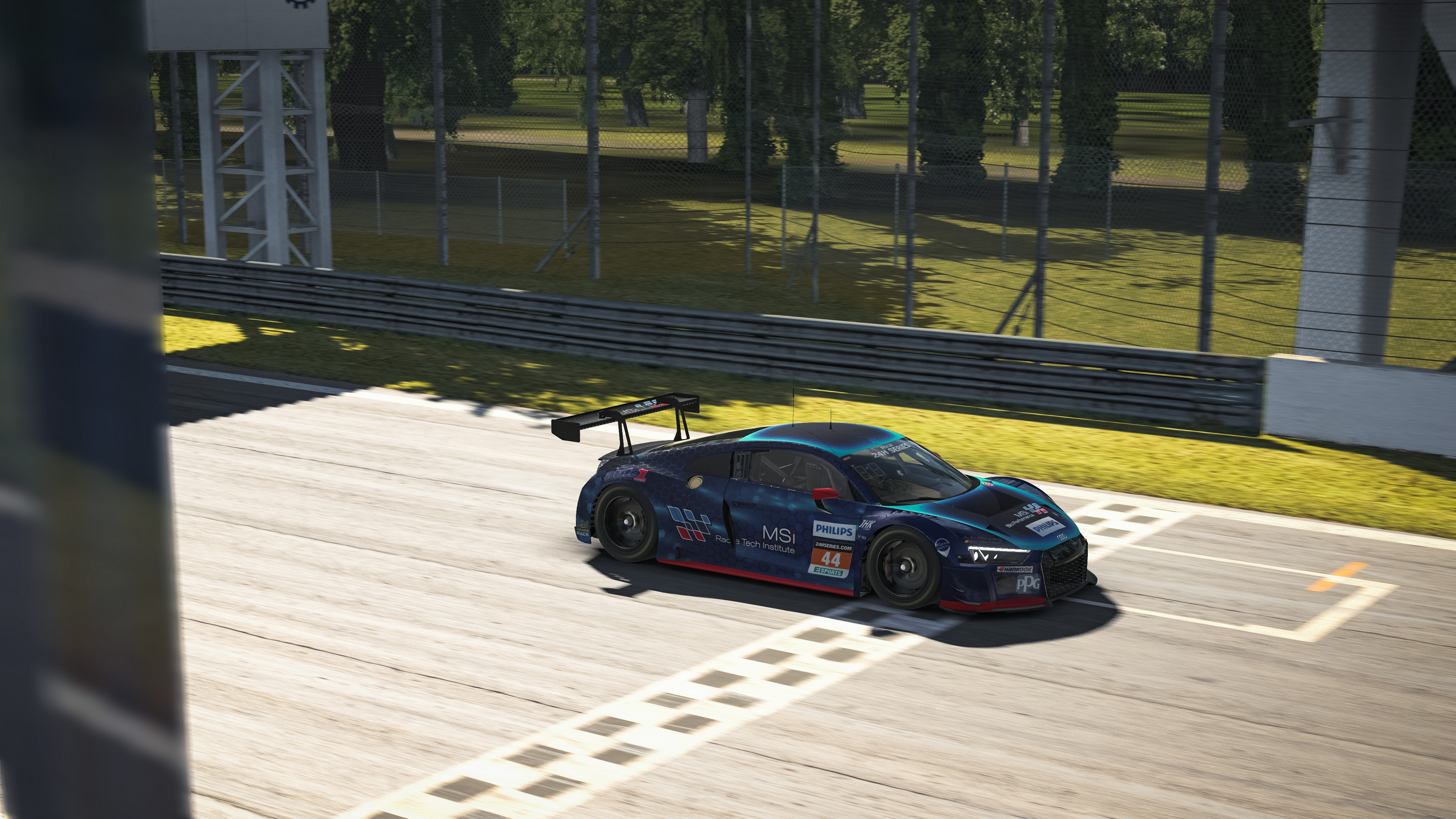 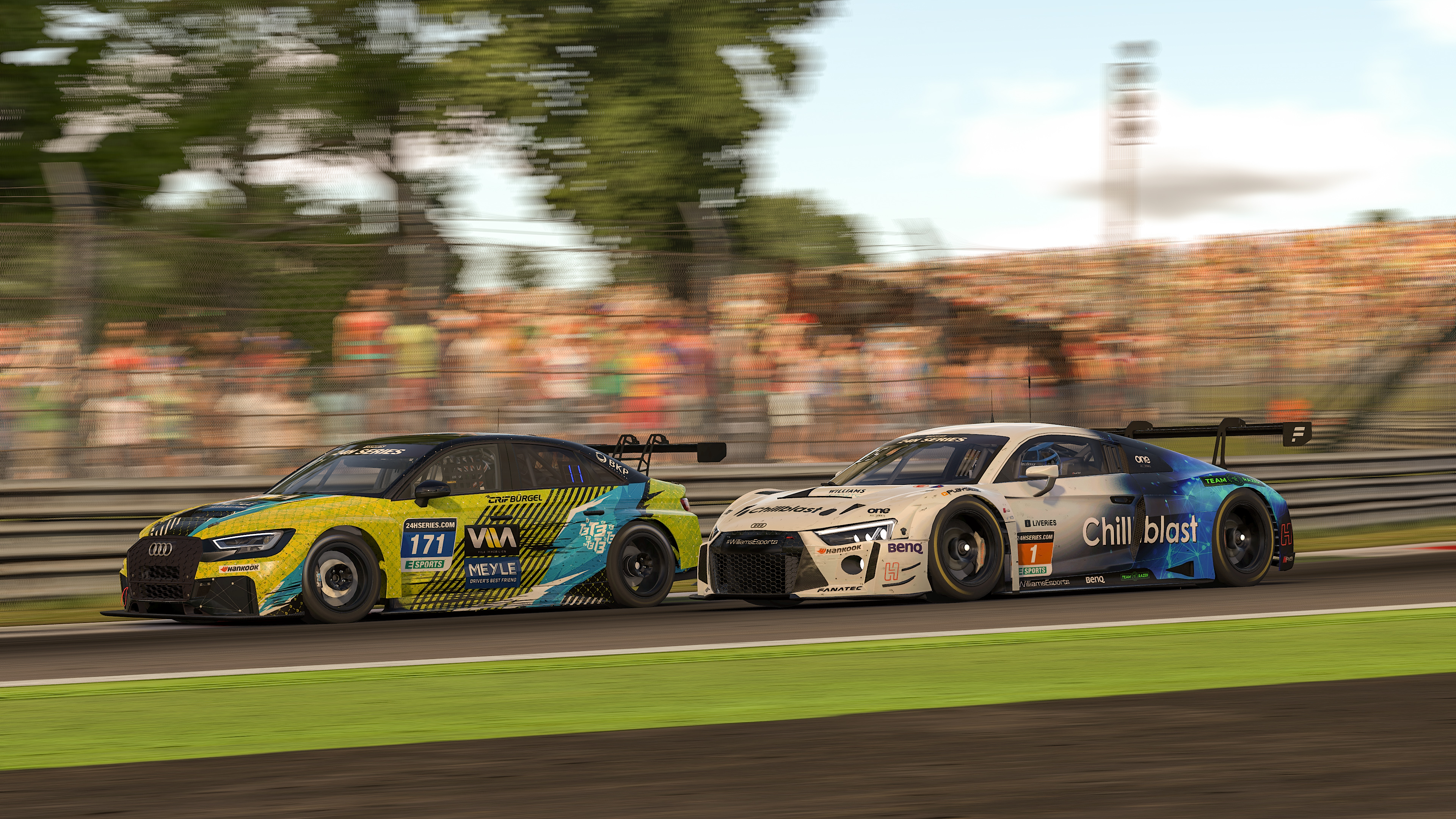 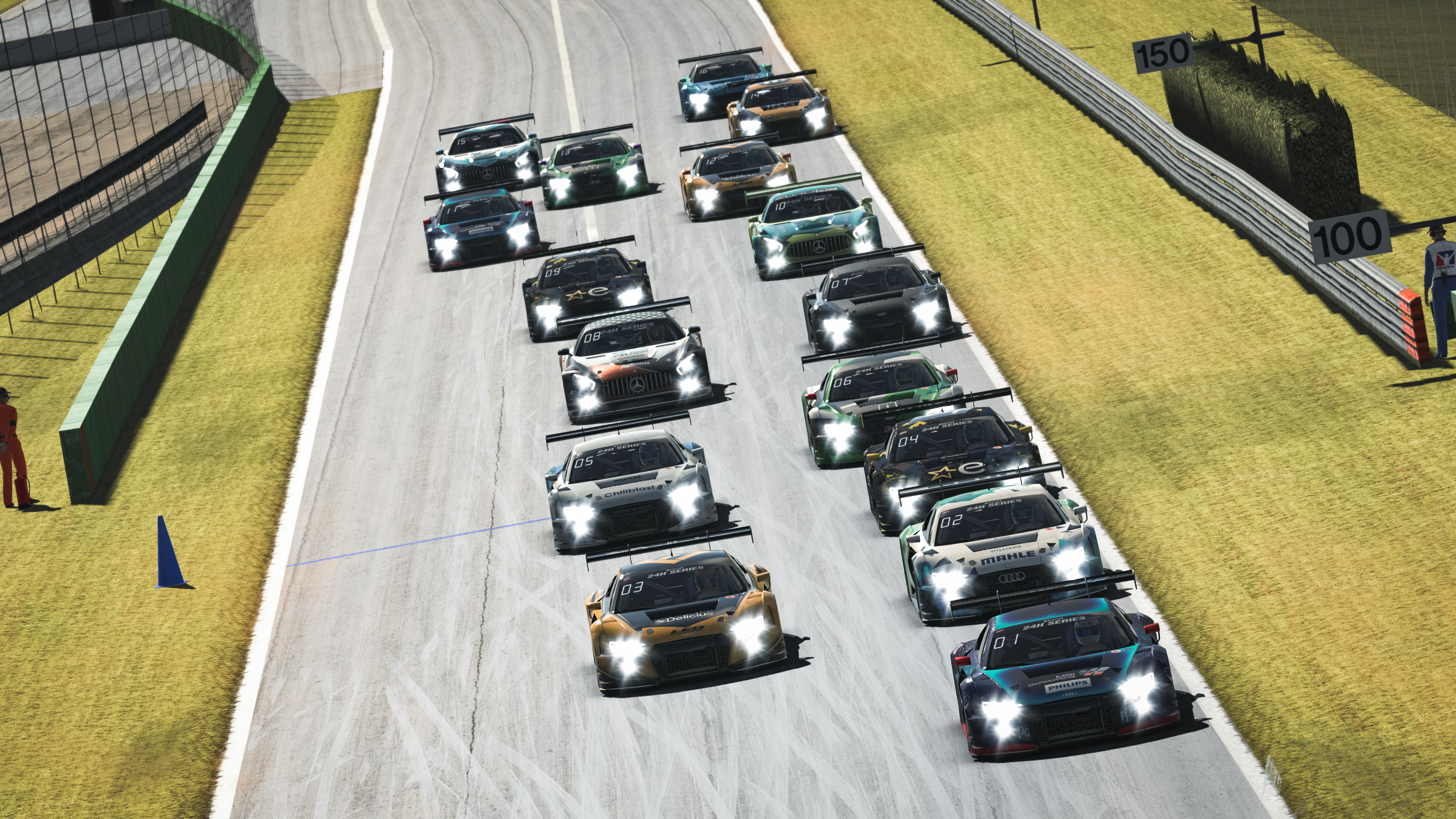 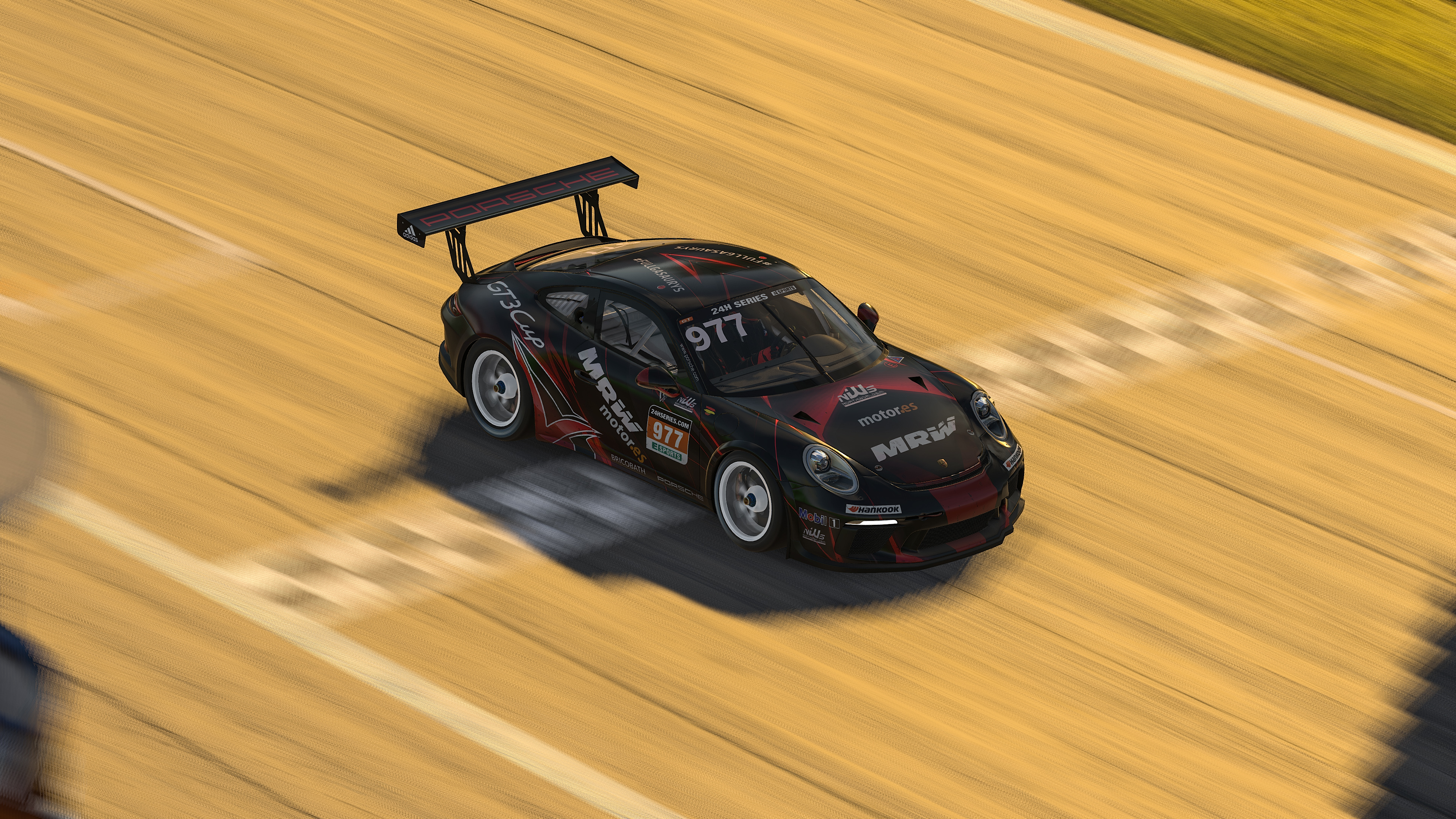 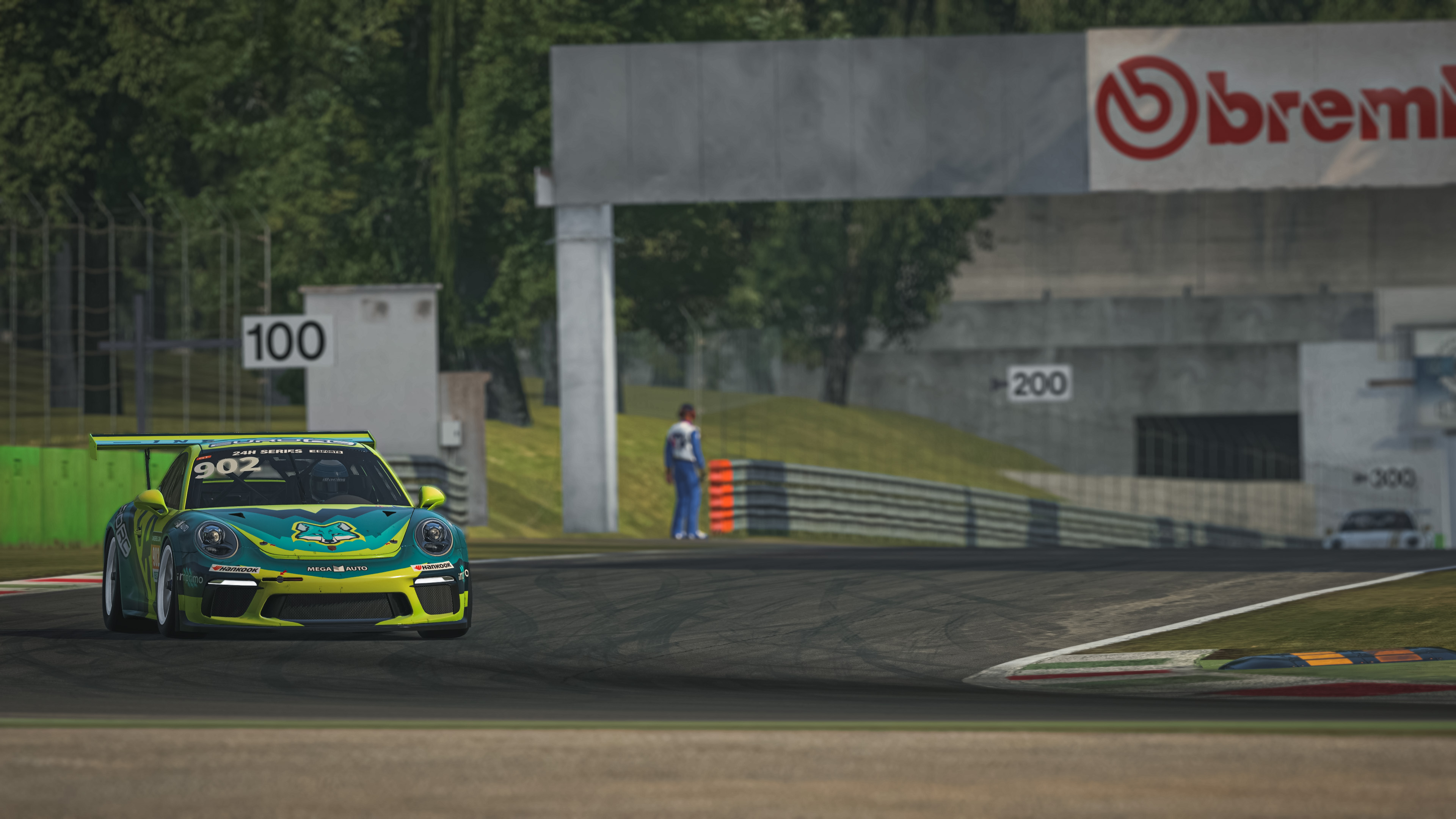 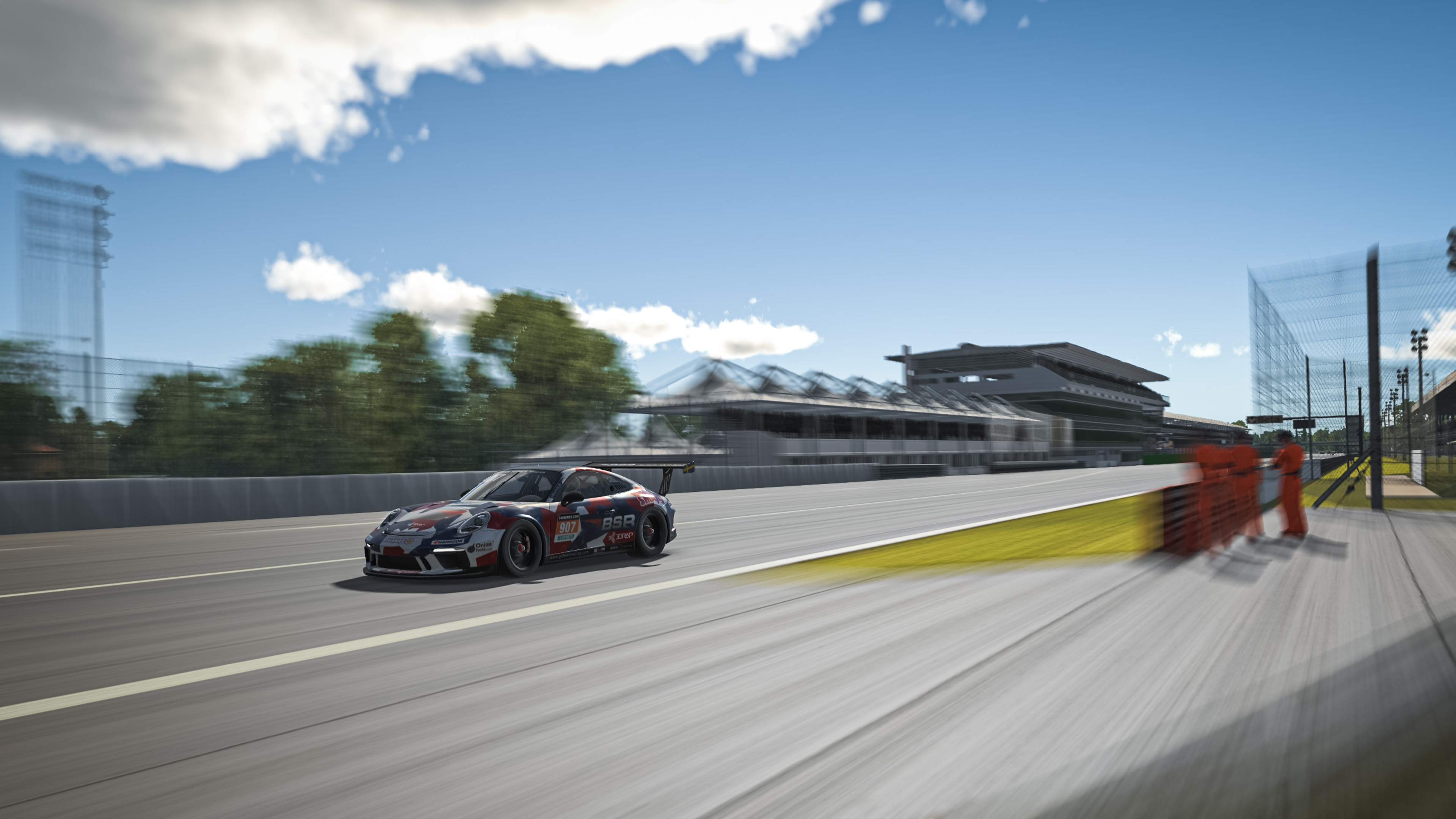 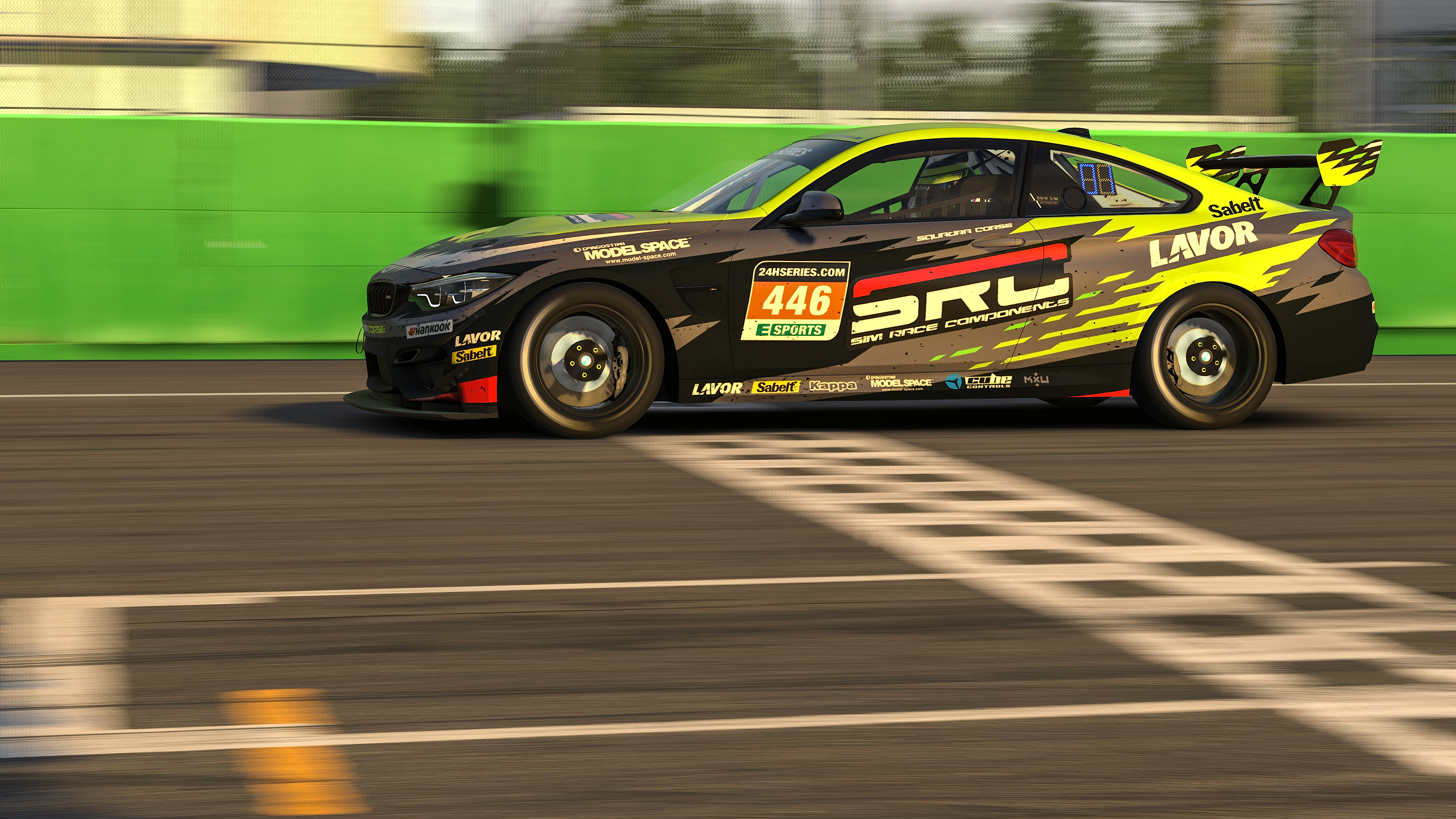