Munich – Second victory in four races: Joshua Rogers and Ayhancan Güven dominated the ‘Championship Race’ to claim their second win of the season at round four of the VCO ProSIM SERIES, which took place at the virtual Interlagos circuit. Graham Carroll and Laurin Heinrich defended their overall lead in the standings for Esports Racers and Real-World Pros, courtesy of an impressive fightback, which saw them battle to fifth place from 20th on the grid. The ‘Fun Race’ on the virtual Indianapolis Motor Speedway oval ended with a dramatic photo finish and victory for Louis Delétraz.

FUN RACE:
You would struggle to find a closer finish in motorsport than the one witnessed in the ‘Fun Race’ at the virtual Indianapolis Motor Speedway Oval. After 20 minutes of racing, Louis Delétraz crossed the finish line 0.001 seconds ahead of Elias Seppänen in the race for Real-World Pros. Third place went to Beitske Visser, who started from pole and led for most of the race. However, she ultimately missed out in the slipstream battles between the three front-runners and eventually had to settle for third place, just 0.055 seconds behind the victorious Delétraz. The start of the race, which was contested in Indy Pro 2000 Formula cars, was dominated by a number of crashes, which tore the field apart. Starting from 14th, Delétraz was not initially in touch with the leaders. However, he used the slipstream of lapped cars to close the gap to Visser and Seppänen over the course of the race. Formula 1 driver Romain Grosjean made his virtual comeback just a few weeks after his big crash in Bahrain, and made it into the top-ten in ninth place. YouTuber Jimmy Broadbent gave his best display of the season to finish seventh.

Louis Delétraz: “It was a super race, and a lot of fun. I started from 14th, so I obviously didn’t expect to win. However, it was all about staying on the track unscathed and, in the end, everything came together. I had help from Raffaele Marciello, who guided me into the leading group. After that, I simply tried to be in the best position in the final corner and it worked out.”

Romain Grosjean: “I am pleased for Louis Delétraz that he won the ‘Fun Race’. It was a super event. Qualifying on the oval was a little boring, but it made the race even better. Strategy was key. I am not yet 100 percent, particularly my left hand. However, the VCO ProSIM SERIES is a very professional series. I like that, so I really wanted to be involved.”

CHAMPIONSHIP RACE:
This time, the track vote on the VCO Twitter channel saw users decide on the Interlagos circuit as the venue for the ‘Championship Race’, a choice that definitely seemed to please Joshua Rogers. Having successfully secured pole position, he set about opening a comfortable lead for himself and his team-mate, real-world Pro Ayhancan Güven, over the course of his stint. Güven then did a great job of defending that lead on his 23rd birthday to secure their second win of the season. He and Rogers had previously won the second ‘Championship Race’ at Mount Panorama Circuit in Bathurst. Second and third place at Interlagos went to the pairings of Alejandro Sánchez / Muhammad Ibrahim and Jeremy Bouteloup / Matt Campbell. Graham Carroll and Laurin Heinrich fought back strongly from 20th place on the grid to finish fifth and defend their lead in both the Esports Racer and Real-world Pros competitions. Also participating in the race was Smudo from the German hip-hop band ‘Die Fantastischen Vier’. He shared a car with Jimmy Broadbent.

Joshua Rogers (Coanda Simsport): “It is a fantastic result for the whole team. We only started practicing yesterday when it was clear that it was going to be Interlagos. Ayhancan drove superbly and kept his cool.”

Ayhancan Güven: “Thank you to Josh, who gave me the best birthday present of all. That is our second victory in this series, which I am delighted about. The series is a great platform on which to bring together drivers from the real world and the world of sim racing. Josh always ensures that I join the race in the best position and, fortunately, I have always managed to defend that position so far. We obviously want to try to win the last four races too.” 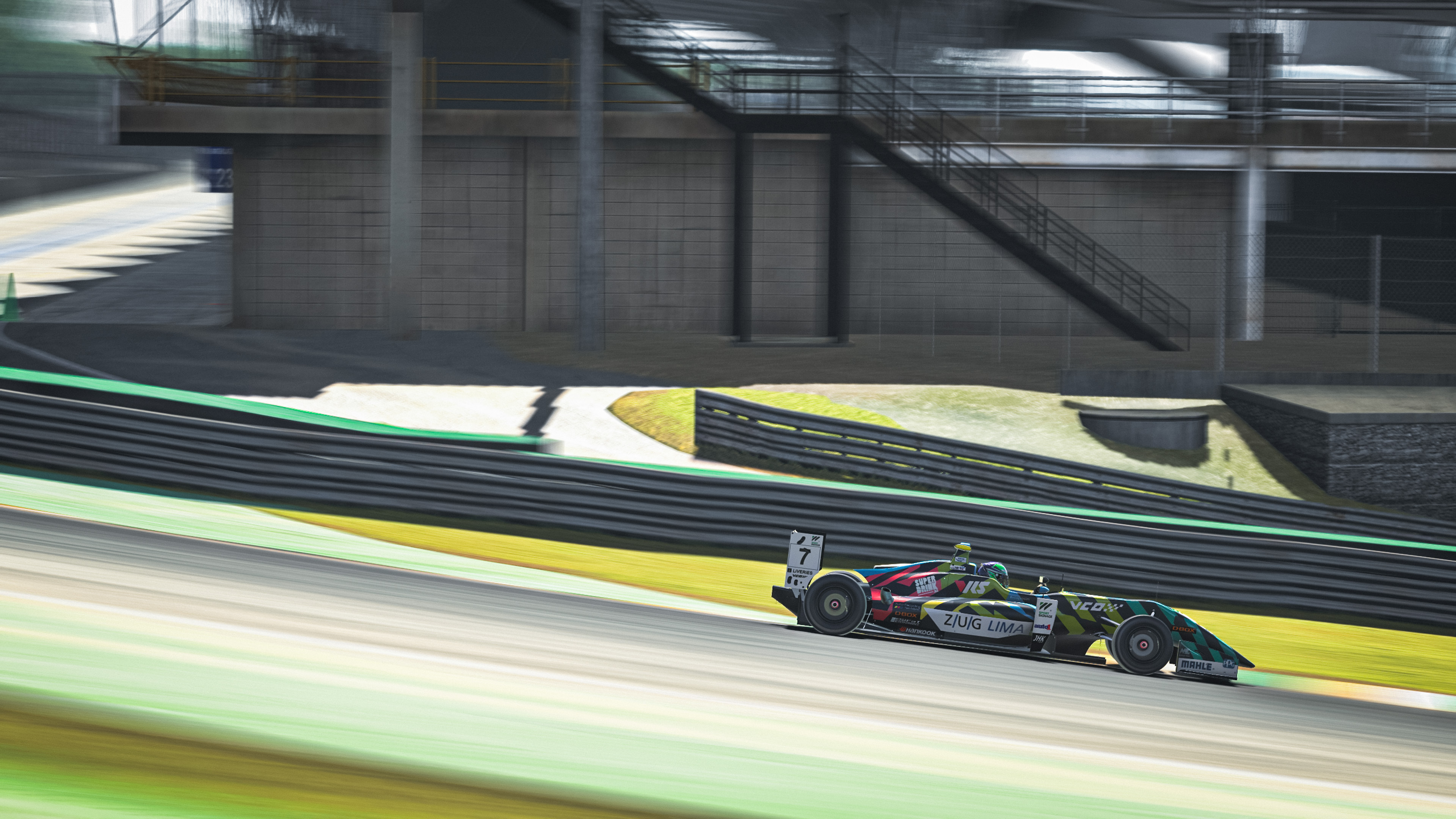