Munich – A racing driver can only be so good: without a perfectly set-up car, nothing is possible in racing. That not only applies to real motor racing, but also Esports. Virtual Competition Organisation (VCO) brought together experts from both fields: Mitchell deJong and Josh Rogers drive for the VRS Coanda Simsport team and are among the best sim racers in the world. Engineer Stefan Gugger heads the race operations at Audi Sport customer racing. They point out the differences when it comes to finding achieving the perfect set-up for a digital car and a real race car.

Probably the biggest difference is who sets the car up for the race. In real motor racing, this is done by a team of race engineers, who develop the set-up and then work with the mechanics to implement this on the car. In Esports, it is the drivers themselves – often in close communication via various digital communication channels. DeJong and Rogers have no engineering background, but both took their first steps in real kart racing before moving into digital sport. And then: learning by doing. “I learned a lot about set-ups in sim racing, as you can try out a set-up immediately to see whether it works on the track,” says deJong.

From tyre pressure to differential
When Gugger and his team go to work on developing the set-up for the Audi R8 LMS, their focus is on many areas of the car. “It starts where the car is in contact with the asphalt – the tyres,” Gugger explains. “Here, we have tyre pressure, track and camber. Next come the dampers, their settings and the spring rates, before you move onto aerodynamics, the weight distribution and brake balance. On the front and rear axles, we can additionally adjust the rigidity of the anti-roll bars. Another important aspect is the aerodynamics. The ride position and the adjustment of the rear wing interact to define the amount of downforce we have. When it comes to the powertrain, we are able to adjust the differential. One was of doing this is to configure the friction disk. Depending on the regulations in the respective racing series, we can also carry out set-up work on the engine.”

So, a long and extensive list. However, there are also many areas of a digital race car, in which the VRS Coanda Simsport drivers can fine-tune the set-up. “For example, you have the basics like ride height and camber. However, you can also go into greater detail, similar to with a real car. These more detailed areas include the differential and dampers,” says Rogers. deJong adds: “With certain cars, it is very similar to what you can do to a real car – for example, the suspension, aerodynamics and such things. There really is a lot you can do.”

While in real life the mechanics take up their screwdrivers and ‘tinker’ with the car, the sim racers – it goes without saying – do their set-up work using computers. “A set-up screen is integrated on iRacing,” deJong explains. “As soon as you have selected the combination of car and circuit, on which you are driving, you can load the car onto the track and make all the changes for this specific car on screen.”

No set-up is the same
There is no such thing as one car set-up that is right for all occasions – neither in real motor racing, nor in the digital format. This is because the decisive external factors change – and are key parameters for the set-up. “The first point here is obviously the characteristic of the circuit,” says Audi Sport customer racing expert, Gugger. “Is it a high-speed track, or a stop-and-go circuit? Then the surface: Are there a lot of bumps, or is the track very smooth? You also have circuits that are very tough on the tyres, and others, at which you have to make sure you get the tyres up to the right temperature. Speaking of temperature: The ambient and track temperatures are obviously also taken into consideration. The length of the race – is it a sprint or an endurance race – also plays a role.”

Real motor racing has one very important factor, which is not simulated on all Esports platforms: Rain. Gugger and his team of engineers always have one eye on the weather during the race: “We work with weather services and rain radar devices. You can be competing in a 12-hour race and know that the first six hours are going to be dry, but that it will be really wet after that. Here, you might want to spend an extra 20 seconds in the pits, in order to make a set-up change to the camber, for example, which will then help you for the rest of the race.”

Other than this, sim racers also work with factors that are realistically simulated in Esports. “Tyre wear plays a major role for us, particularly in endurance races,” says deJong. “On top of that, you have all the other things that we also have in the simulations, such as bumps, humidity, outside temperatures, and track temperatures – that all has a huge influence on the way the car behaves.”

Another challenge can be found in both real and digital life: Finding the right set-up for a 24-hour race, for example. “In terms of set-up, I am very limited as to what I can still change during the race,” says Gugger. “However, at night, for example, the track temperatures are completely different to during the day. That means I need a different set-up. As such, I have to find a compromise.” Sim racer deJong also knows this challenge well: “We also have a transition from day to night, so we have to set the car up for a wide range of temperatures for a 24-hour race.”

The work begins well before the start of the race
Another similarity: The set-up work begins long before the actual race. As a rule, sim racers deJong and Rogers start two weeks in advance. “The exception is if we have back-to-back races. That makes it a bit more challenging. All the work, which you would otherwise have two weeks to complete, must be done in just one week,” says Rogers. Gugger also defines the set-up “two to three weeks before the race.” In both cases, the set-up work naturally incorporates any experience gained in earlier races at the circuit in question.

However, the procedure thereafter is completely different. One similarity is that computer simulations are also used early on in the process in real motor racing – to try out the possible basis set-up. “If there are any doubts, you obviously double check it when you get to the racetrack,” says Gugger. “And you also always have to consider the weather. At a high-speed circuit, you drive with little downforce if it stays dry. In the rain, however, you are better off having a lot of downforce. As such, you cannot rely entirely on the simulation, but always have to look to see how various factors develop in the run-up to the race.”

As soon as Gugger and his team have developed the start set-up, they begin the stage of preparations that only exists in real motor racing: Assembling the race car. “In the case of a larger event, this generally happens 14 days in advance,” he points out. “Exactly how long the assembly takes depends a little on where the car was last in action and what kind of race we are preparing for. For a 24-hour race, the parts must have a long remaining life, so you tend to assemble the car with as many new parts as possible – parts that you have saved for exactly this kind of race. In this case, assembly takes about 14 days. In the case of a three-hour race, for which I can take parts that have already seen a lot of action and are possibly already assembled, the assembly can be completed in just four days.” After that, the race weekend begins with the first practice sessions at the track – and fine-tuning the set-up.

Meanwhile, deJong and Rogers, together with their team, spend up to two weeks preparing in their simulators. In most Esports racing series, there is no limit to how much time you can spend practicing before an event. Only at a few events are there limited sessions. “As soon as we leave the pit lane and take to the track for the first time, we consider what we need to change on the car,” says deJong. “At the same time, however, you are also concentrating on yourself and trying to get the most out of yourself as a driver.” This fine-tuning of your own driving style plays a major role, as Rogers emphasises: “It is sometimes the case, that you do not make any major changes to the set-up for the first few days. After that, you try to configure the car to suit your preferences a little more. Then it is all about finding pace with any additional changes.” According to deJong, this is why it is important to take full advantage of the time available: “Even if you have two weeks, finding an ideal set-up and getting the best out of it is very time-consuming. After all, the sim racing world is extremely competitive.”

Fine-tuning in the race.
The time has come: The race gets underway. The set-up has to be largely correct, as only a few changes are possible after the start – both in real and digital racing. In the case of a real race car, for example, these include changing anti-roll bars and dampers, or adjusting tyre pressure and the rear wing configuration. The mechanics are like a well-oiled machine, with everything running smoothly, and are able to make these modifications in next to no time. Furthermore, the drivers are able to adjust the brake balance themselves.

And what opportunities are there during an Esports race? “You cannot make any more major changes. Only using in-car adjustments can you change smaller things like traction control and brake balance,” explains Rogers. “For example, we can no longer reconfigure the wing. As such, as soon as the race gets underway, we are limited in terms of the set-up. However, you can try to improve the balance of the car. For example, if you are lacking a bit of grip on the rear axle, you can always change the brake balance.”

Although, like everything in Esports, the set-up work is all virtual, the simulations are also extremely realistic in this area. “If we make modifications to the set-up, then in most cases the change to the way the car behaves is really very realistic,” Rogers confirms. “For example, if you make the front of the car softer, then you can usually always feel the grip in this area, or whether the balance of the car has improved. It is usually accurate in every detail. As is arguably the case with all simulations, you can obviously get the odd little mistake, which would not exist in real life. On the whole, however, it is all very realistic.”

About VCO
Virtual Competition Organisation (VCO) brings together different stakeholders in Esports, from simulation or gaming platforms and interested partners to active teams, drivers and the community. In a rapidly growing sector, VCO stands for professionalism, focus and a broad media presence. With its international network, VCO provides solutions for the best possible conception and implementation of Esports projects of all kinds. 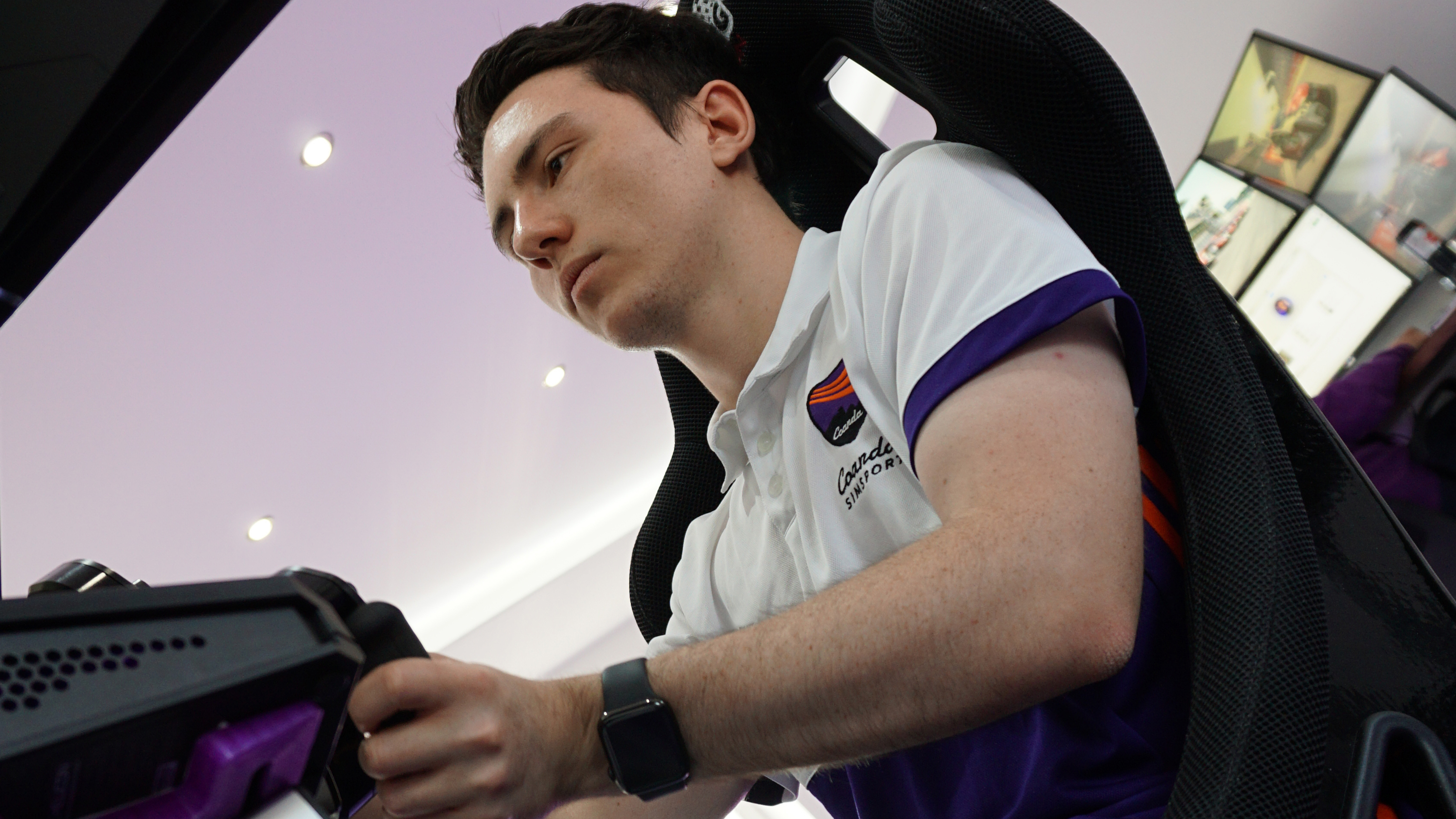 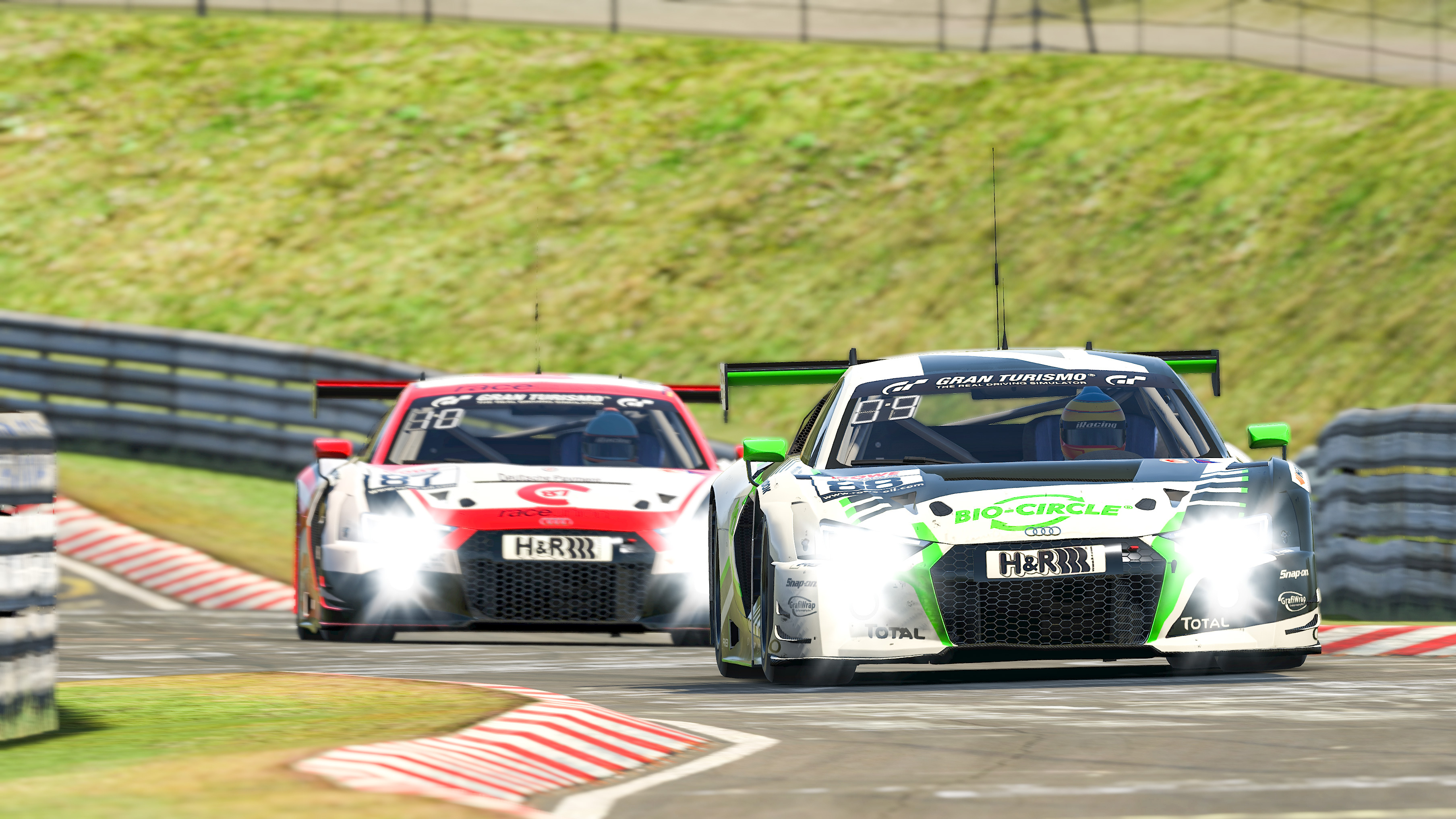 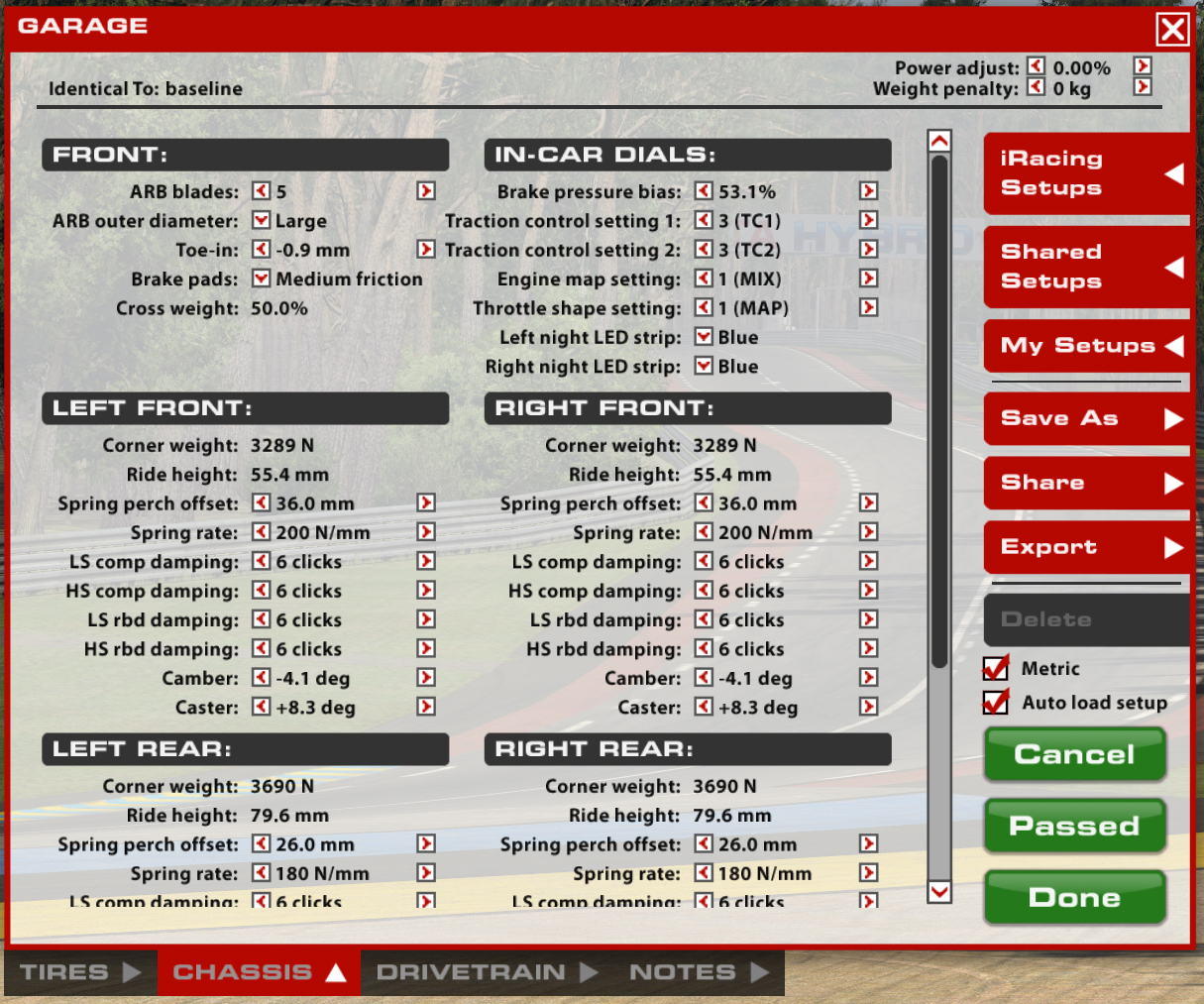 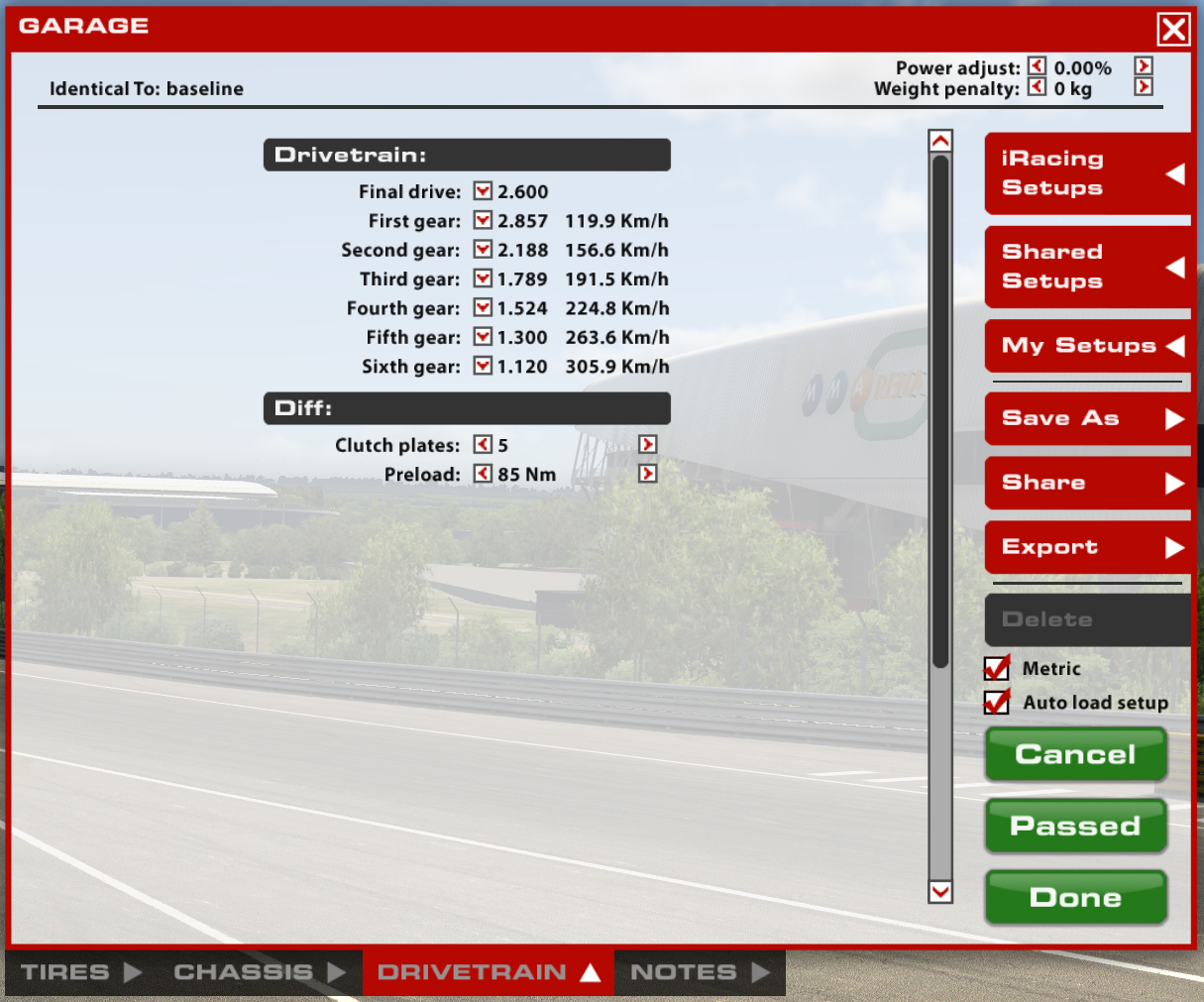