Munich – Bruno Spengler, Nils Koch and Kay Kaschube have recorded their second win of the season in the Digital Nürburgring Endurance Series powered by VCO in the BMW Z4 GT3. In the H&R 3H race, the Team BMW Bank trio came out on top against the two Mercedes of Vodafone Team GetSpeed and MANN‐FILTER Team HTP‐WINWARD, becoming the first crew to chalk up two wins this season. In the CUP2 class, victory went to SimRC Cup2, while the CoRe SimRacing 2 team claimed the win in the SP10 class, which featured the BMW M4 GT4 competing alongside the Porsche 718 Cayman GT4 for the first time. CoRe SimRacing also claimed first place in the SP3T class.

The Team BMW Bank trio exercised restraint during the first stint in the SP9 class. Spengler stayed out longer than the competition, thus enabling a different strategy later in the race and gaining time as less refuelling time was required at the later stops. Koch and Kaschube then progressed gradually up through the field, crossing the line to claim victory by 22 seconds. Aleksi Elomaa completed the entire race single-handedly for Vodafone Team GetSpeed. Marvin Dienst and Jack Sedgewick shared the virtual cockpit of the MANN‐FILTER Mercedes which had won the fifth race of the DNLS powered by VCO.

The winners in the CUP2 class were Claudius Wied and Simon Grossmann in the Porsche 911 Cup. They came out on top against the teams of Ascher Racing and Weiland‐Racing powered by Eco Kart E‐Sports. This time out, the Porsche 718 Cayman GT4s had some company in the SP10 class. They were competing for the very first time against the BMW M4 GT4 which has only been available on iRacing since June. However, the Porsche proved stronger in this first head-to-head, as the top three places went to Carl Jansson, Sindre Setsaas and Matti Sipilä from CoRe SimRacing 2, Sorg Rennsport eSports GT4 and SimRC.de Carbon. The best-placed BMW M4 GT4 finished fifth in class, driven by the team from ad hoc gaming by mydays Erlebniswerk. First place in the TCR class SP3T went to Kimmo Suominen and Patrick Kubinji. They won ahead of the Audi RS3 LMSs from SimRC TCR and Sorg Rennsport eSports TCR.

Bruno Spengler (Team BMW Bank, SP9 class winner): “I am delighted that we won today after I celebrated the title in the IMSA iRacing Pro Series on Thursday. It was great to win here with my team-mates in a completely different format and on another circuit. It was our second win in the DNLS powered by VCO, and it is a special moment. It is great fun for me to have Nils Koch and Kay Kaschube as team-mates, as they are just fantastic and I can learn so much from them. I think that together, we make a really strong team.”

Nils Koch (Team BMW Bank, SP9 class winner): “I think that we benefit from the fact that we are a very balanced driving team. Over the past few weeks, Bruno has shown time and again that he is one of the best Esports racers from the ranks of the professional racing drivers. This gives us superb consistency in terms of speed, which usually pays off over a race distance of three hours.”

Kay Kaschube (Team BMW Bank, SP9 class winner): “We employed a different strategy to our competitors today. The others came in very early for the first stop, which did put them in a better position on the track in the short term, but at the end we had the buffer we needed as we spent less time on refuelling.”

Sindre Setsaas (CoRe SimRacing 2, SP10 class winner): “We simply had a consistently better pace than the competition today and we were able to stretch our lead continuously. Everyone in the class has a similar tactical approach, so the secret of our success is really the speed that the three of us can achieve.”

Carl Jansson (CoRe SimRacing 2, SP10 class winner): “It is really great that we can compete against the BMW M4 GT4 in our class now, even if they were a bit off the pace today. I think that their tyres wear a bit more quickly than with our Porsche. When they get the hang of that, we will have some tight battles in the next few races. I am looking forward to that.”

Matti Sipilä (CoRe SimRacing 2, SP10 class winner): “When my turn came, I already had a comfortable lead. I also had little traffic to deal with on the track, which allowed me to stay calm and enjoy the race.” 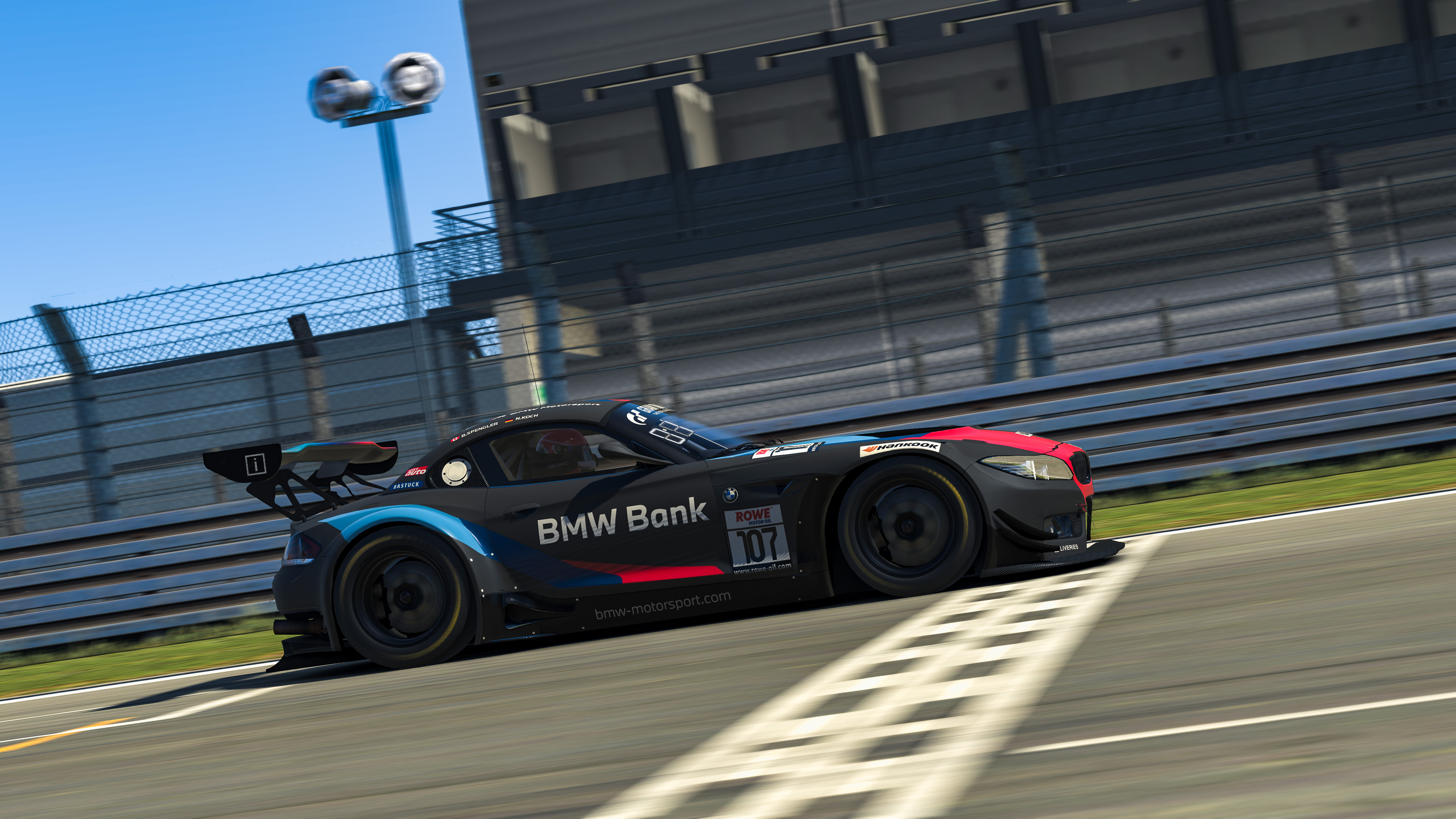 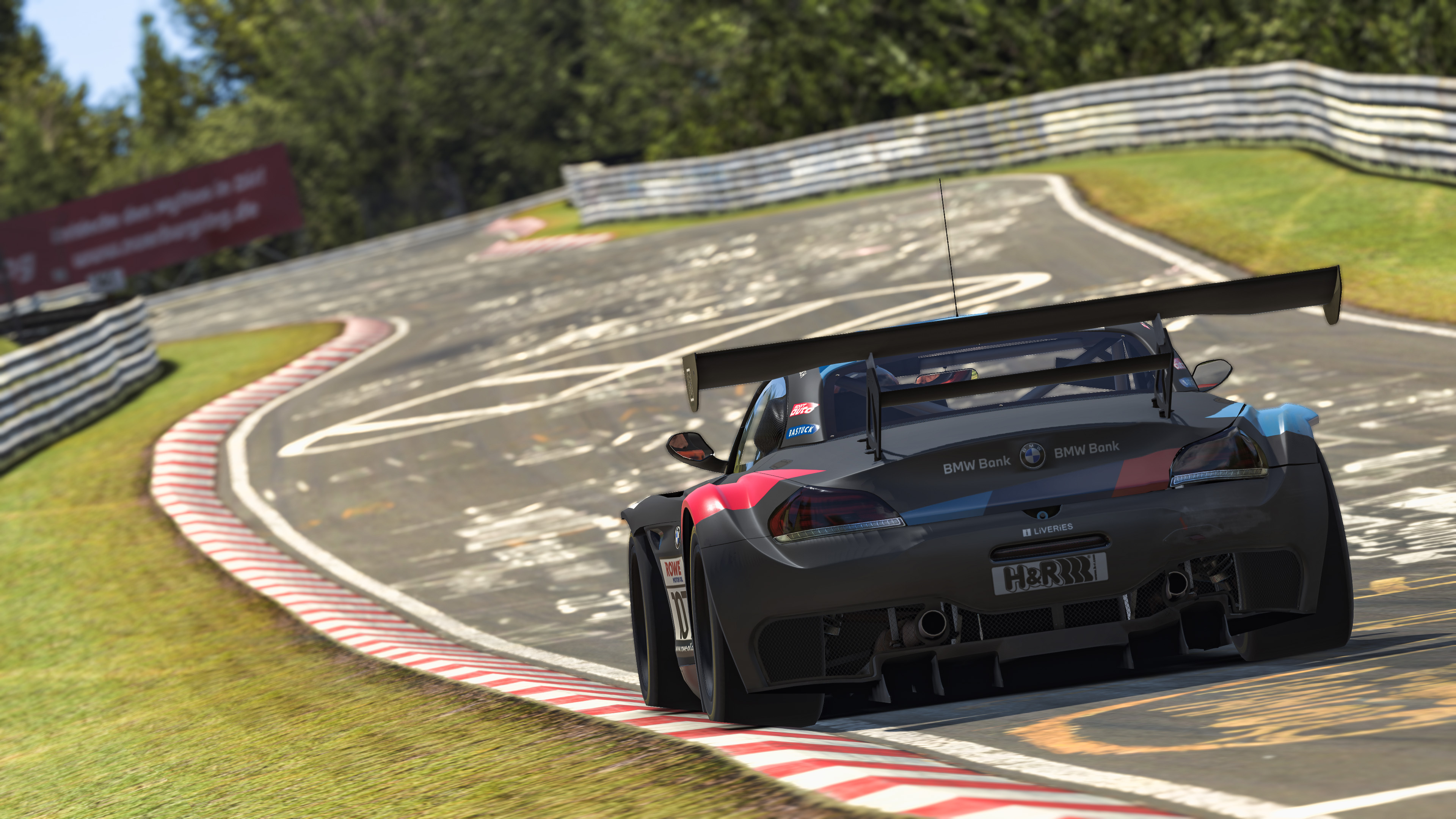 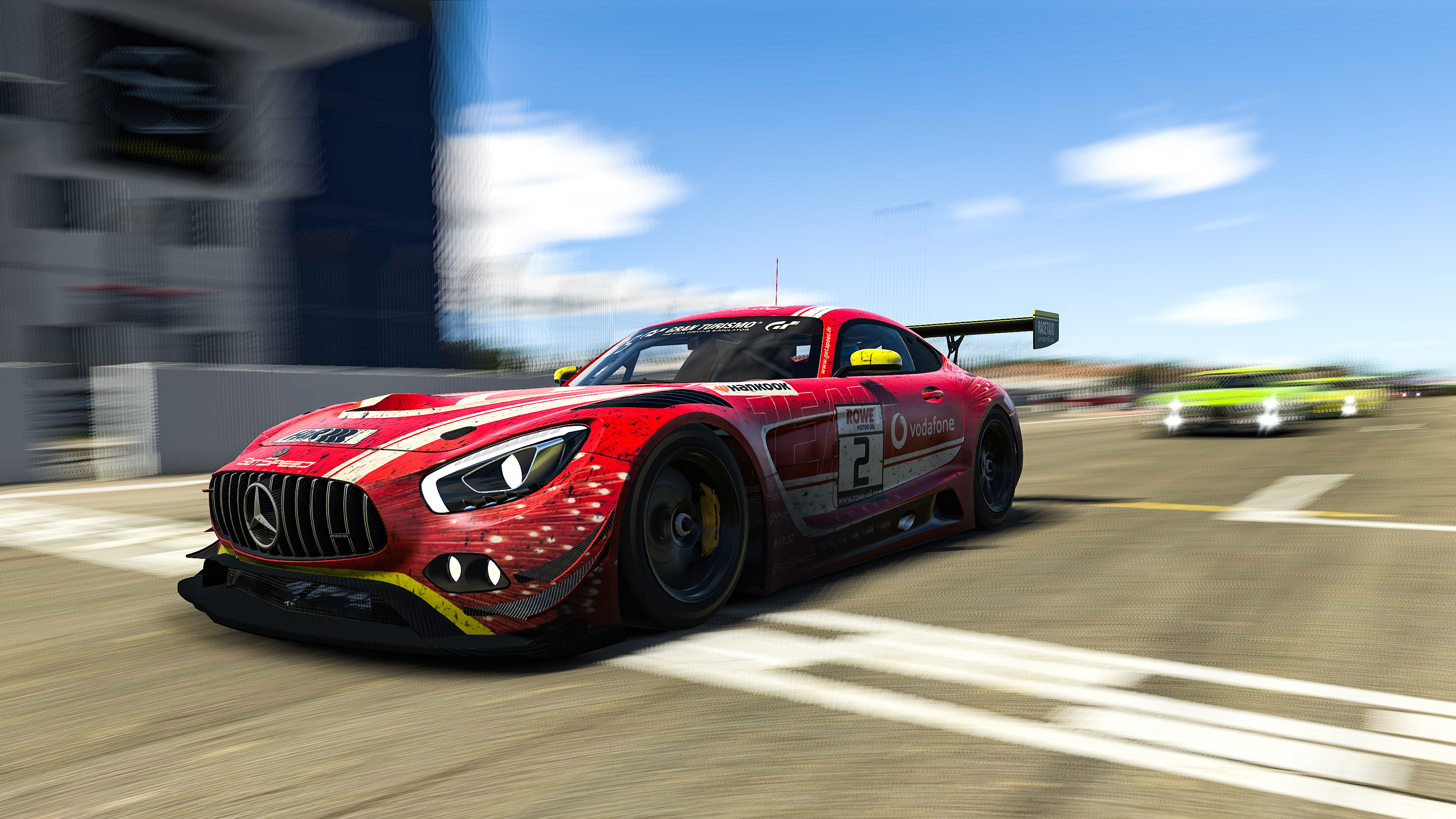 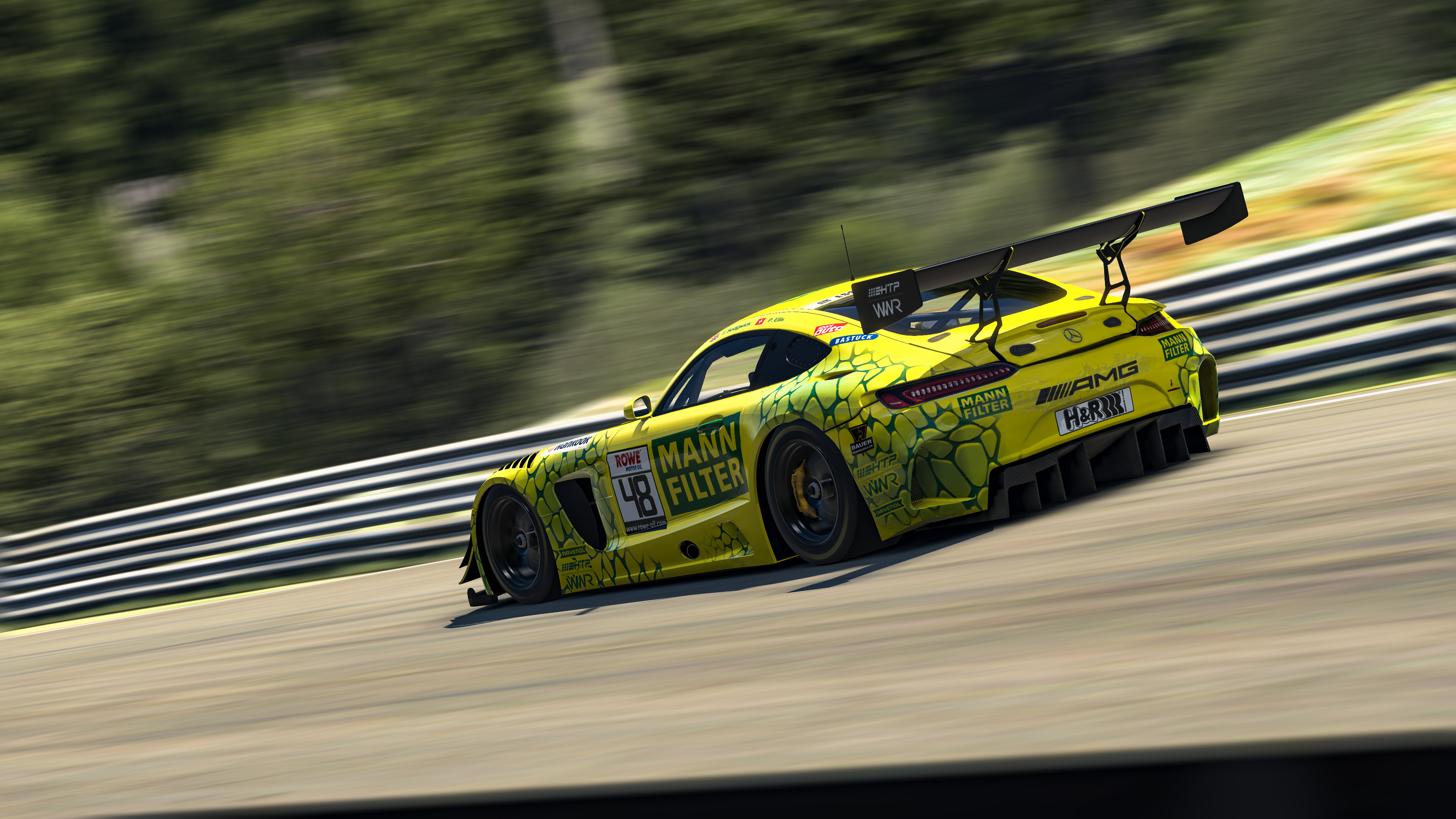 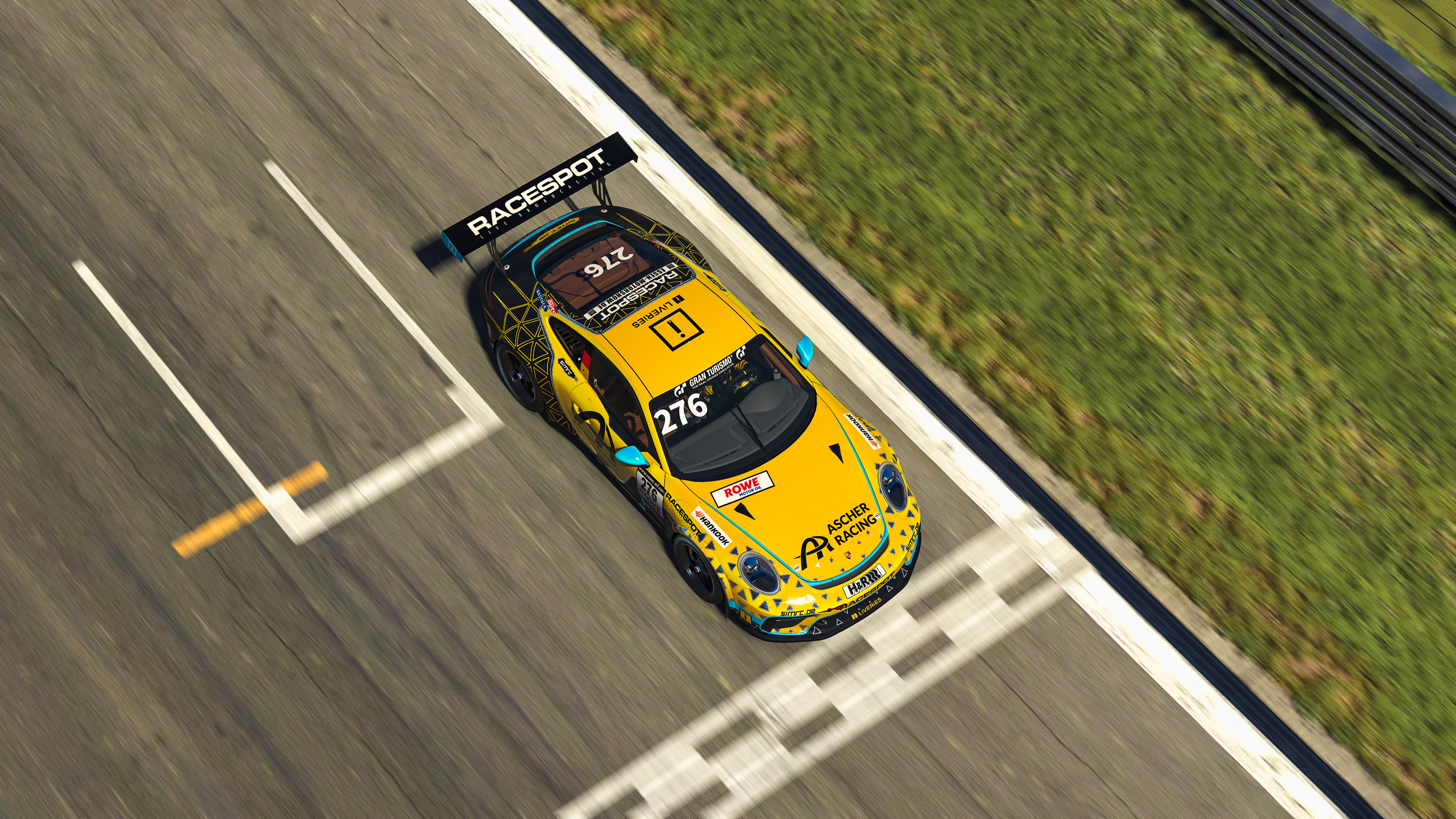 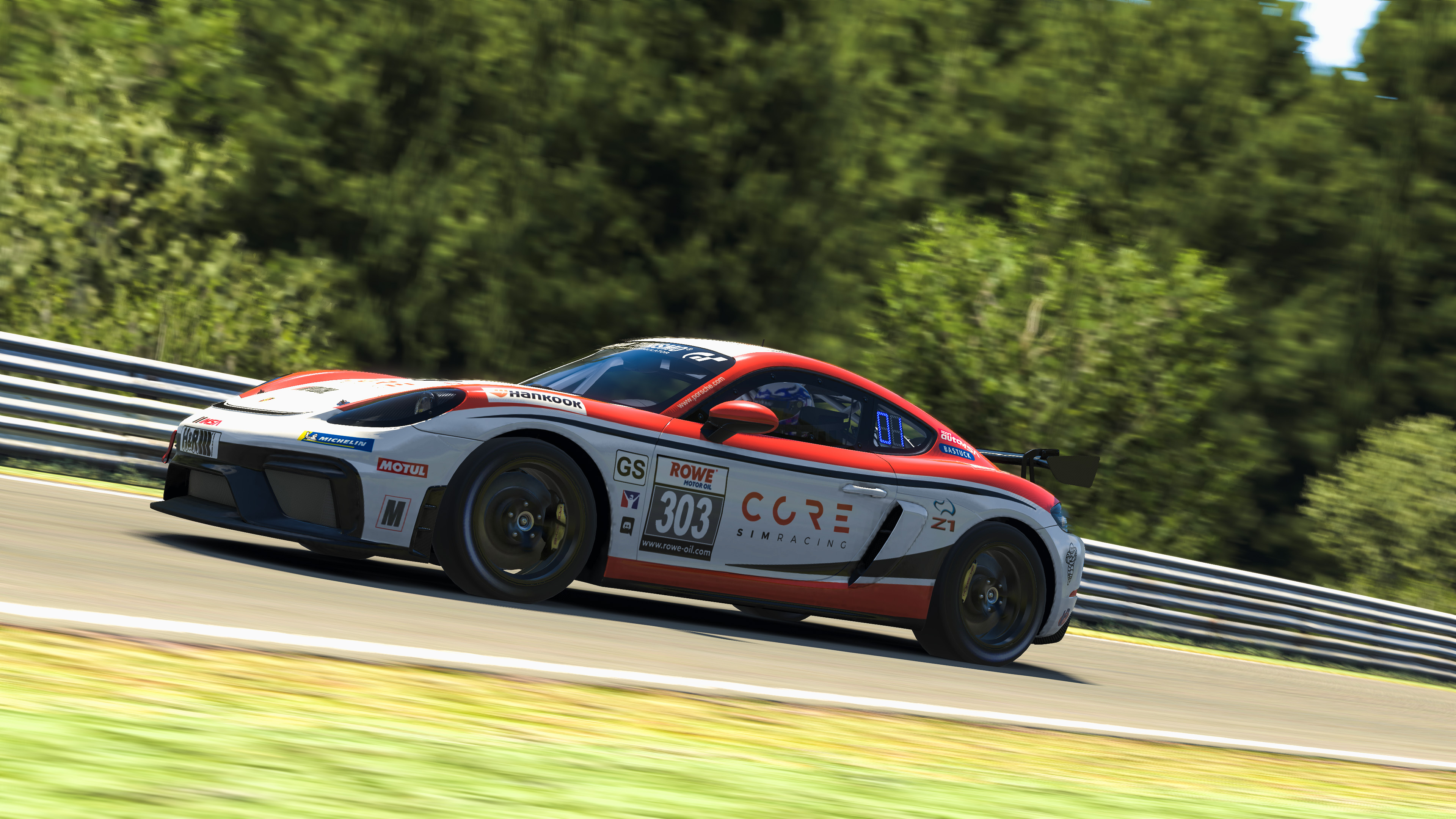 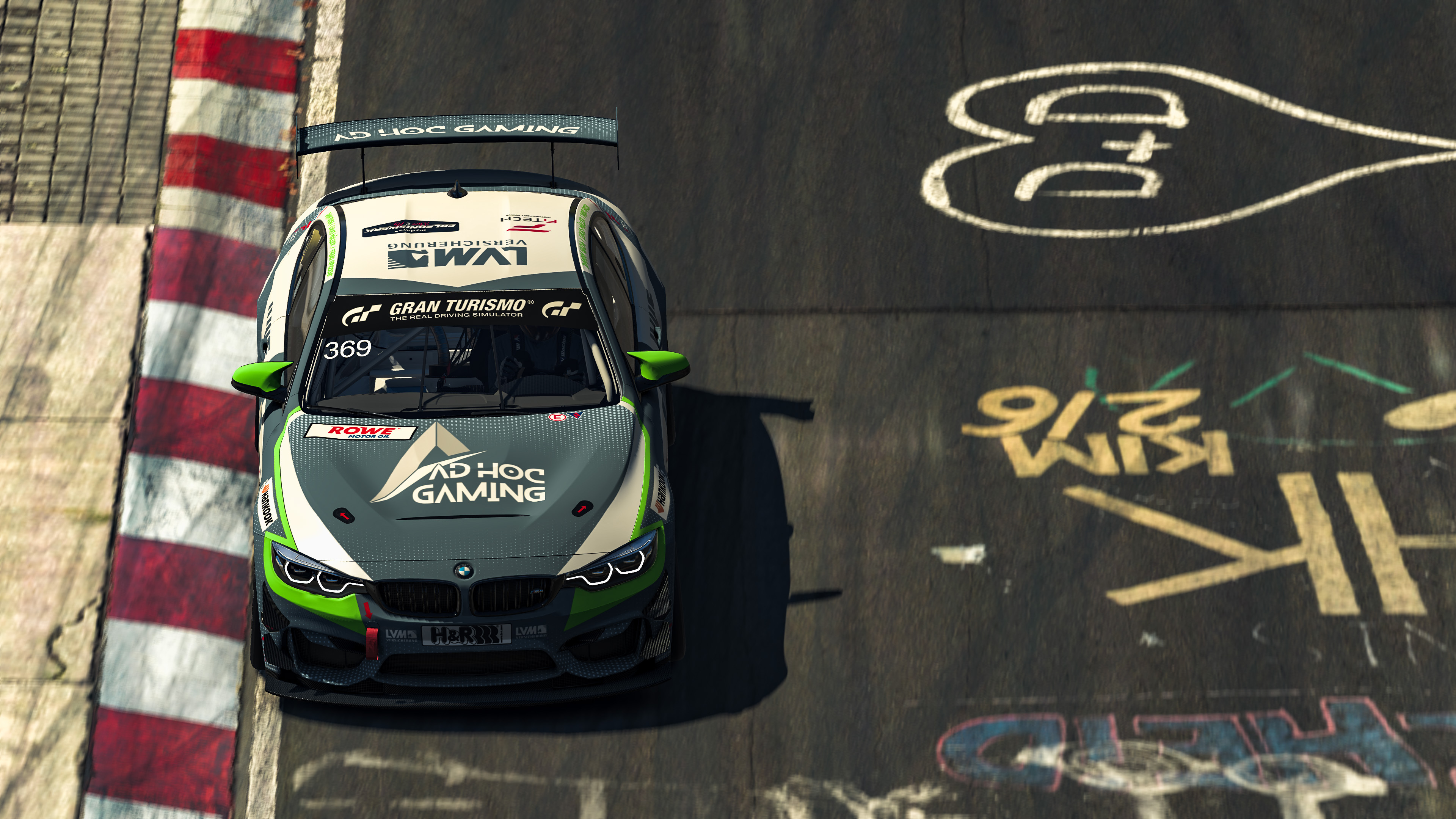 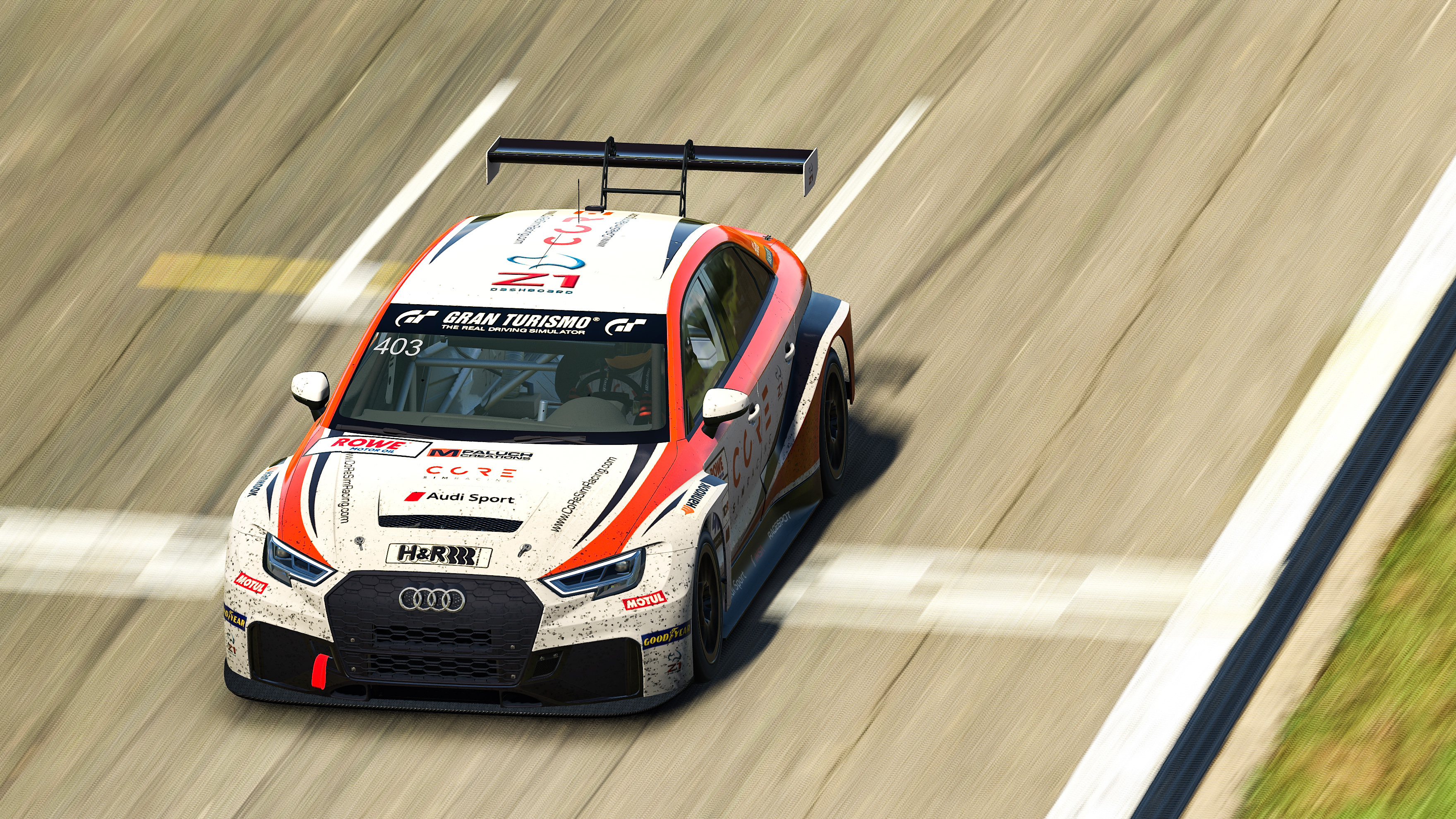