Munich – The winners of the ‘VCO Cup of Nations for UNICEF, presented by Acronis’ come from Germany. In a finale that provided excitement up to the final lap, Maximilian Benecke, Jonas Wallmeier, Alexander Thiebe and Patrik Holzmann prevailed against teams from France and Italy. The quartet completed four final races with 498 points, just six ahead of the French team. Benecke, Wallmeier, Thiebe and Holzmann receive £4,000 in prize money. The French team in second place split £2,000, while the Italians in third place will take home £1,000. Donations for UNICEF were also collected over the course of the two tournament days. On the VCO Vimeo account, you will find ready-to-use video footage from the final day. Just click here: ‪v-c-o.info/CoNFootage.

“Congratulations to Team Germany on victory at the first VCO Cup of Nations! Germany is an Esports racing nation – as we saw on the track again this weekend,” said Florian Haasper, CEO of the Virtual Competition Organisation. “Having a format where 16 nations compete against one another on iRacing has definitely proved to be a good decision. GT races, rallycross, NASCAR, IndyCar, Formula 1 and many more disciplines meant that 64 drivers really had to battle to see who is the most versatile. Many thanks to our colleagues from Williams Esports, who VCO were able to get on board for this great event at an early stage. RaceSpot TV did an excellent job during transmission of the races and the main thing is that many participants and Esports racing fans made donations to UNICEF. The VCO Cup of Nations has a thrilling future to look forward to.”

Steven English, Head of Esports at Williams, said: “We created this format to bring exciting racing between countries, with every driver’s results in every position crucial to the final outcome. But we never could have dreamed it would make such an incredible show! Every stage of the tournament had intense battles and moments to remember, from the group stage and playoffs, right through the final. The racing was sensational. We have to give so much credit to the drivers for the show they put on. To adapt to new cars and disciplines with very little preparation time, and provide such quality racing is outstanding. A huge thanks to all those who helped to put on this tournament, Acronis, VCO, RaceSpot TV, iRacing, WTF1, and to everyone who helped in raising funds for UNICEF. Congratulations to Germany on their victory, France and Italy on the podium places, and all the teams on their roles in the first of what we hope is many more Cup of Nations tournaments to come.”

The second day of the VCO Cup of Nations started with two semi-final races. The first race on the Silverstone circuit saw the teams from Germany, France, Italy, Chile and Great Britain qualify directly for the final in the Ferrari 488 GT3. Spain became the sixth team to qualify in the rallycross semi-final playoff.

The teams from Great Britain and France emerged victorious from the first two final races at the NASCAR Oval in Homestead and on the rallycross course. But then the German team’s time had come. First, Wallmeier triumphed at Le Mans in the Audi R8 GT3 and then Benecke won the decisive final race on the Monza circuit in the Williams FW31 Formula 1 car. As his team-mates lost ground in the closing stages of the final race, it proved to be a thrilling race until Germany was confirmed as champion on the final lap – six points ahead of France.

Reactions from the winners of the VCO Cup of Nations:

Maximilian Benecke (Team Germany): “I am happy with this victory. I normally drive GT cars but I was already familiar with the Formula 1 car that I won the final race in. It is fun to drive but I still can’t quite reach the top level in terms of speed, so the race remained thrilling right to the end. On the final laps, I tried to calculate whether we were far enough ahead in the overall standings. I thought we would be alright, so I didn’t feel too much pressure.”

Jonas Wallmeier (Team Germany): “I think we benefited from the fact that we already knew one another well. We trained intensively ahead of the event and prepared ourselves as well as possible for the various cars and race formats. Of course, I am delighted with my win in the Le Mans GT race. I was able to build up a bit of a lead in the Porsche curves in the beginning, which gave me a buffer to the cars behind me for the rest of the race.

Alexander Thiebe (Team Germany): “I am wet through from sweat – but very happy that we recorded this overall victory together. I think that the key to it was that we made it through the NASCAR race and the Le Mans race with the reverse grid and scored plenty of points. Overall, it was a great event. I really enjoyed the mixture. You had to adapt unbelievably quickly to the various cars. That was a cool challenge which we don’t normally experience in our competitions.”

Patrik Holzmann (Team Germany): “Right up to the end, I was not sure whether we would manage to claim overall victory. I was actually well ahead in second place in the final race, but then my rear wing was damaged when I was hit from behind. I fell back further and although I didn’t know exactly how many points we needed, I realised that every place could be crucial. I am very pleased that we managed it in the end.”

Everyone taking part in the VCO Cup of Nations was asked to make a voluntary donation to the child welfare organisation UNICEF when they registered and to advertise the donation links on their social media channels during the Esports racing tournament, thus supporting UNICEF’s work all over the world, especially in response to Covid-19. VCO and Williams Esports set a good example by donating £2,500 to UNICEF. 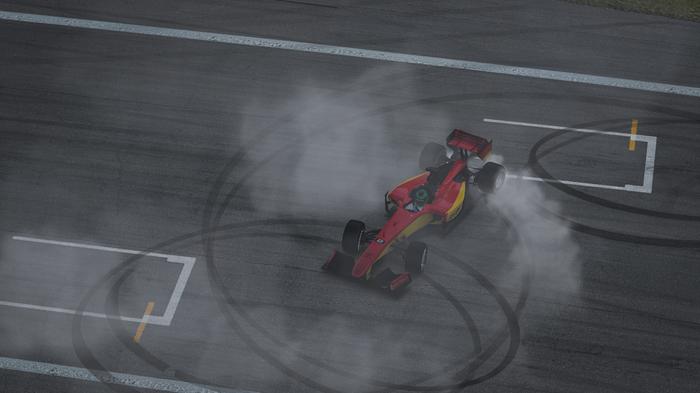 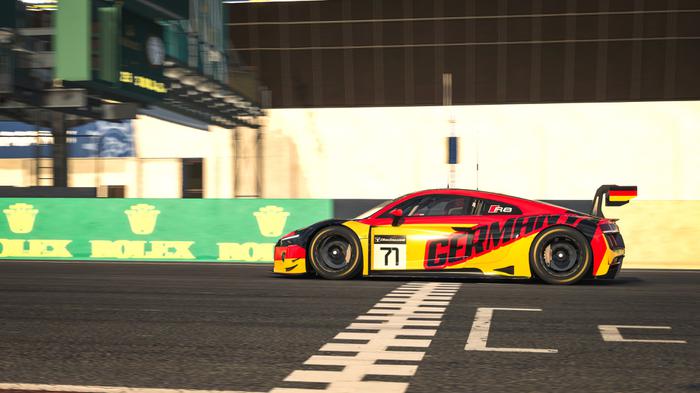 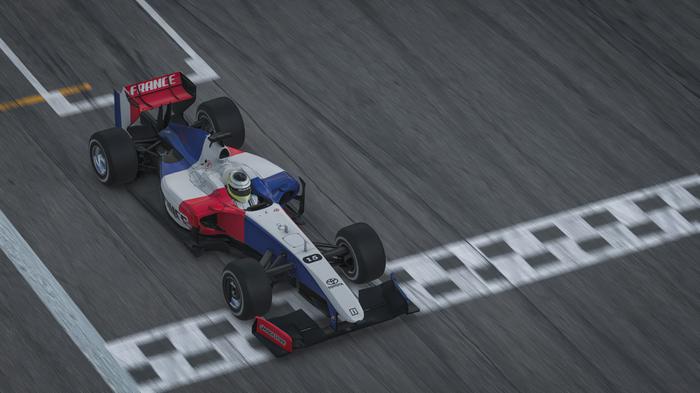 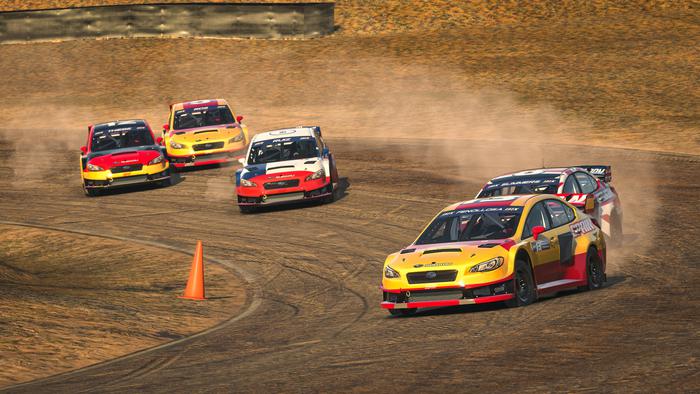 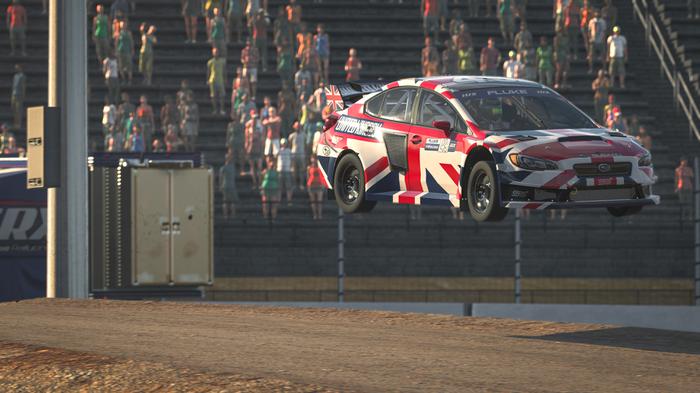 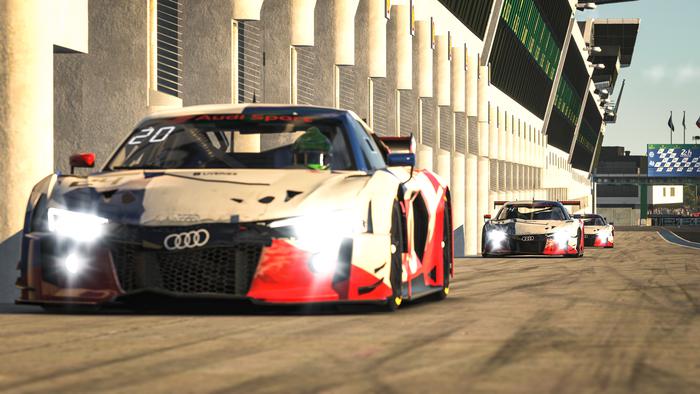 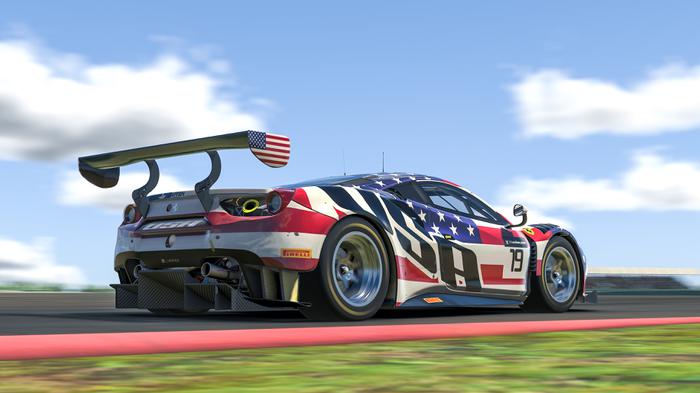 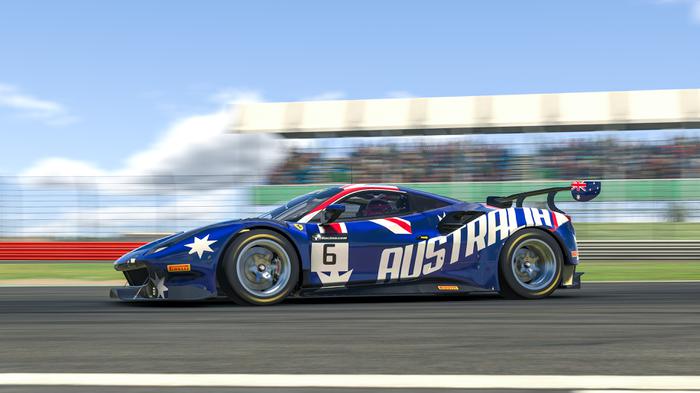