Munich – Adam Christodoulou, Mats-Thorge Huthsfeldt and Jan Sentkowski won round seven of the Digital Nürburgring Endurance Series powered by VCO in the virtual Mercedes AMG GT3. A daring two-stop strategy gave the Team Heusinkveld trio their first win at the ‘Green Hell’ and fuelled viewers’ excitement to the wire. Second place went to Nils Koch and Kay Kaschube of Team BMW Bank while third place went to MANN-FILTER Team HTP-WINWARD with Sindre Setsaas and Jack Sedgwick at the wheel. The other classes were also extremely tense, with the win remaining undecided until the very end.

For much of the race it looked like Team BMW Bank was on course to get its third win of the season. After starting the race from pole position thanks to a strong qualifying lap by Koch, they pulled away from their rivals early on. In the #101 Mercedes AMG GT3, Christodoulou started race seven from fourth on the grid and delivered a flawless performance before handing the wheel over to Huthsfeldt. While the team’s direct rivals pitted three times, the would-be winners managed without a further stop after Sentkowski took charge of the car. Instead of refuelling, the Heusinkveld crew put all their eggs in one basket, saved fuel and stayed on track for eight laps in the final stint. That saw the trio gain crucial seconds on Team BMW Bank and cross the finish line as winners after 22 laps.

The other categories were also thrilling right to the end. In the CUP2 class, victory went to Claudius Wied and Simon Grossmann of Team SimRC in the #276 Porsche 911 Cup. Behind them were Ascher Racing and Weiland-Racing powered by Eco Kart E-Sports Team in second and third places. In the SP10 class, the CoRe SimRacing team was embroiled in a gripping duel to the end with Team SimRC.de, with Marcel Fassbender fighting long and hard for the first win for the BMW M4 GT4 in the DNLS powered by VCO. In the end it was Matti Sipilä and Pascal Stix in the Porsche 718 Cayman GT4 who prevailed. Third place went to Team RSO #397.

Victory in the SP3T category was also decided in the final metres. With an extremely narrow lead, Team SimRC with Felix Luding and Jürgen Frank in the #476 Audi RS3 LMS finished ahead of second-placed CoRe SimRacing. Team Heusinkveld #404 crossed the finish line in third place.

The eighth and penultimate round of the Digital Nürburgring Endurance Series powered by VCO will take place on 17th October. Four weeks later, on 14th November, is the season finale.

Adam Christodoulou (Team Heusinkveld, winner SP9 class): “I started the race from fourth on the grid but moved up a position at the start because the team next to us started from the pit. I wasn’t able to make up any more places in my stint – the guys around me were too quick. At a certain point, our focus was only on saving as much fuel as possible which we managed and was the key to the win.”

Jan Sentkowski (Team Heusinkveld, winner SP9 class): “That was incredible. After the pit stop we hoped that we would come out behind the others – and then I just let the car roll. I coasted a lot and protected the tyres in case I needed to push again at the end. Then I was able to go for it on the final two laps, even without the slipstream. We’re happy that the plan we came up with in the second stint ended up working. Incredible! We’re super happy.”

Kay Kaschube (Team BMW Bank, 2nd place SP9 class): “We proved a couple of races ago that you can do it with two stops. Then they regulated the amount of fuel allowed. We saw it coming. They made good use of it, you have to congratulate them. Obviously, we’re a little disappointed. We knew that we would have a good pace and we had a clean race. We can be pleased with our performance.”

Pascal Stix (CoRe SimRacing 2, winner SP10 class): “We were a little bit surprised that the BMW was able to make one pit stop less. That made it all very interesting. It’s more difficult to make just two stops with the Porsche. On top of that is the rule that you need to make two driver changes, which means an extra pit stop. But you have one joker each season that you can use to avoid this driver change. SimRC.de made use of that this time. The BMW’s now being able to keep up better definitely makes things more exciting – it gains time on the straights. It’s incredibly difficult to overtake the cars there because the BMWs are 7 to 8 km/h faster. It’s definitely fun racing against other cars – and that’s how it should be.”

Jürgen Frank (SimRC TCR, winner SP3T class): “This time we thought we would stay behind the CoRe car before Döttinger Höhe and then see what we can do. I’ve bitten my fingernails to the quick. That was insane, really exciting. It was all fair; with the slipstream there aren’t really any other opportunities. I think the viewers enjoyed it as well.” 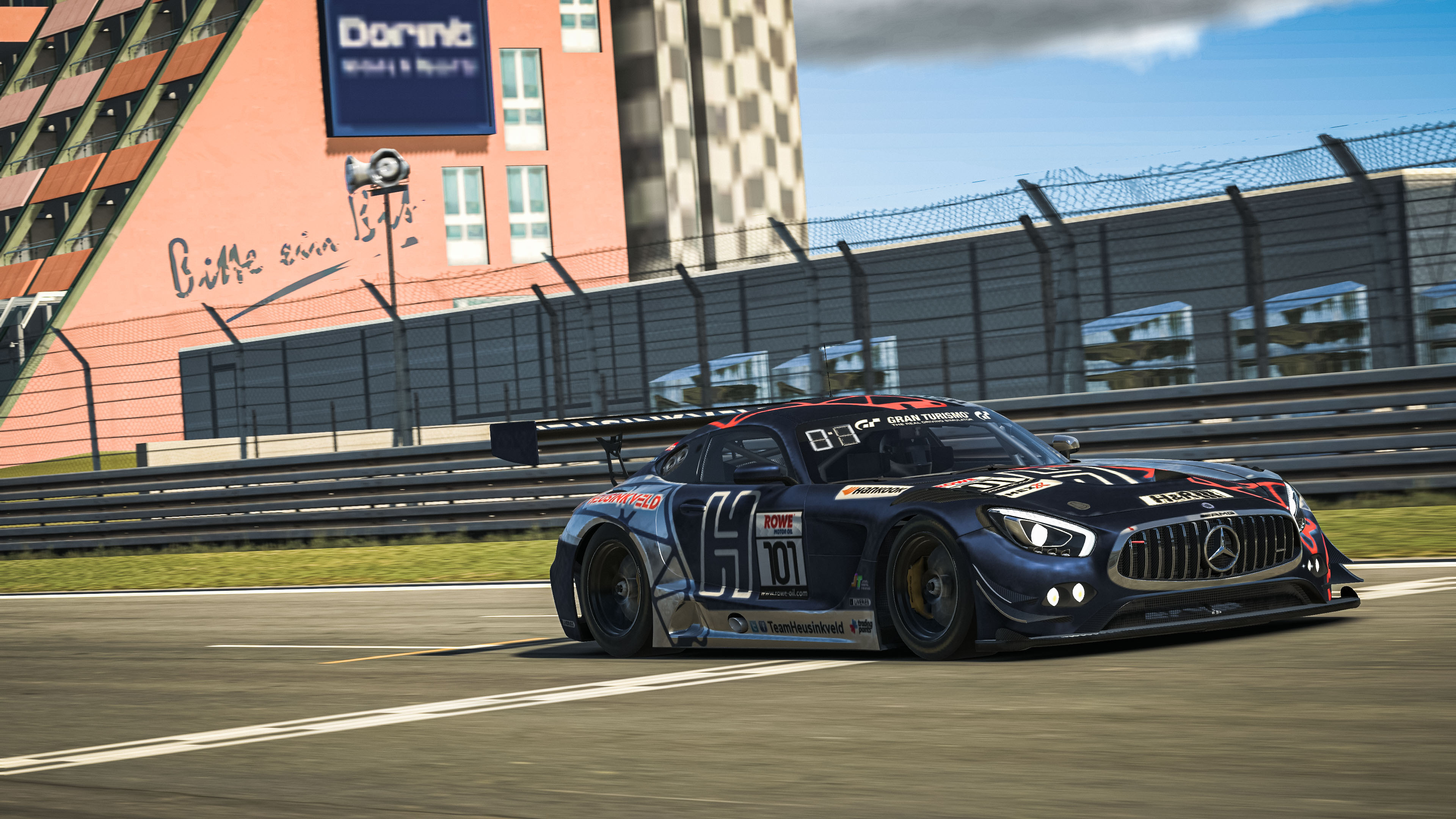 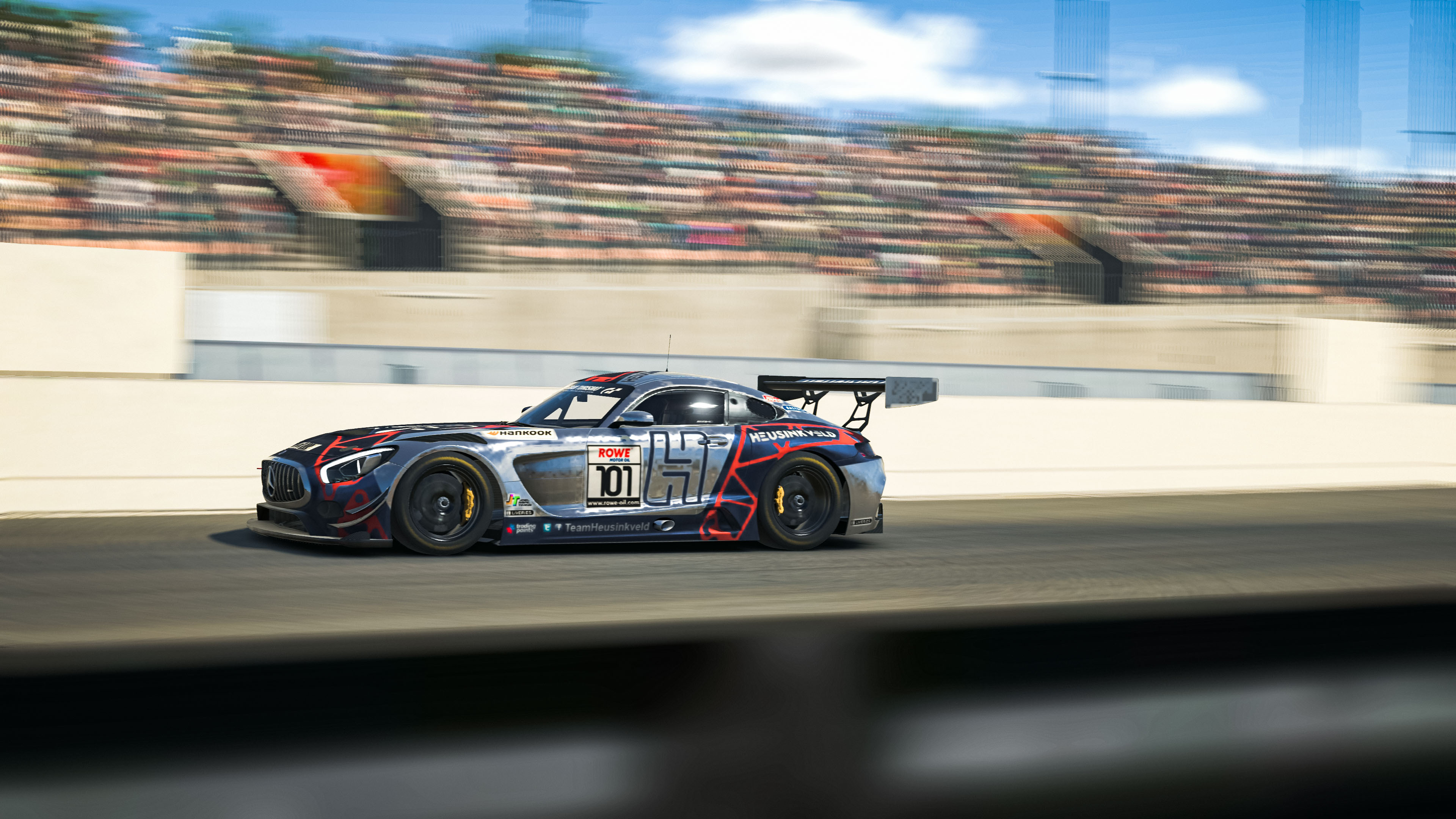