Munich – This weekend featured one of the highlights of the Esports racing season, the iRacing 24h Le Mans powered by VCO. 2,384 teams and around 10,000 drivers took part in the classic race on the virtual ‘Circuit de la Sarthe’ – more than ever before on the iRacing platform. As usual, the field competed in various splits and in the three racing classes: LMP1, LMP2/HPD and GTE. After 24 hours of racing, Team Redline LMP1 claimed overall victory. Dominik Färber, Tom Michelmore, Patrick Wolf and Matt Farrow shared driving duties at the wheel of the #7 Audi R18.

Team Redline had laid the foundations for the win when Farrow secured pole position in qualifying. The entire team then gave an error-free performance to go twice round the clock during the subsequent marathon race. Färber, Michelmore, Wolf and Farrow crossed the finish line after 426 laps, claiming victory with a comfortable lead of more than one and a half minutes.

In the LMP2/HPD class, all participants were driving the HPD ARX-01c. Mivano Simracing LMP2 Rosso celebrated victory with drivers Alex Trainor, Maxime Brient, Dion Fiallo and Fraser Williamson. They had also started the race from class pole position in their #72 car. Team Redline HDP secured second place with the #71 HPD ARX-01c. Third place in the LMP2 class went to the MSI eSports Blue team in the #14 car.

In the GTE category, victory went to the SimRC team with Charlie Collins, Claudius Wied, Jürgen Frank, Nathan Lewis and Diogo Pinto in the #76 Ferrari 488 GTE. The #451 Ferrari 488 GTE from Biela Racing Team Euronics crossed the finish line around two minutes later to claim second place. The team had started from pole position before losing positions after an accident and then battling back through the field. Third place went to the #86 MAHLE Ferrari 488 GTE from the MAHLE Racing Team.

More teams and drivers competed in a second race that started on Saturday at 16:45. This was reserved for those participants who had been unable to compete in the first slot due to the high levels of demand for the servers. Overall victory went to the Dream Factory team. HM Engineering won in the LMP2 class, while Biela Racing Team Euronics II came out on top in the GTE class.

Dominik Färber (Team Redline LMP1, overall winner and LMP1 class winner): “That was the perfect race for us. Preparation, car selection, pole position in qualifying, the strategy, the good pace; everything went perfectly. That is why we won. I do not think that we could have had a better race than this.”

Patrick Wolf (Team Redline LMP1, overall winner and LMP1 class winner): “We quickly realised that we would be up against two main competitors: Mivano and Burst. Early on in the race, we knew that we could not make any mistakes. We managed that. We only slipped up once in the pit lane, and that pushed us back to third place but then we made it back to first place relatively quickly. After that, it was about taking care of the car and keeping an eye out behind us. We are delighted with the win.”

Fraser Williamson (Mivano Simracing LMP2 Rosso, LMP2 class winner): “I am overwhelmed by the fact that we did it. Of course, we had hoped to record a result like this – and we managed it in the end! We knew that the Redline guys were strong and we were a bit nervous too. I enjoyed my night-time stint. I just tried to keep the car in one piece. I knew that I was not as fast as Alex or Dion, but I wanted to make sure that the car was in the lead when they woke up and that turned out to be the case.”

Jürgen Frank (SimRC, GTE class winner): “I am absolutely speechless. Winning again, after our victory in the Nürburgring 24-hour race, is simply fantastic. Diogo and Charlie had a hell of a pace. What they achieved is just crazy. They completed most of the race, while Nathan and I drove during the night. Our car was not damaged at all. No contact, no spins, nothing, and that was the key to victory. The Biela team had a minor accident and things would have been much tighter without that damage. They were great opponents.”

As part of the VCO ‘Grand Slam’, the Virtual Competition Organisation 2020 is hosting the iRacing Special Events at the Nürburgring, Le Mans, Spa-Francorchamps and Road Atlanta. The races at Spa and ‘Petit Le Mans’ are scheduled to take place on 11th/12th July and 3rd/4th October. 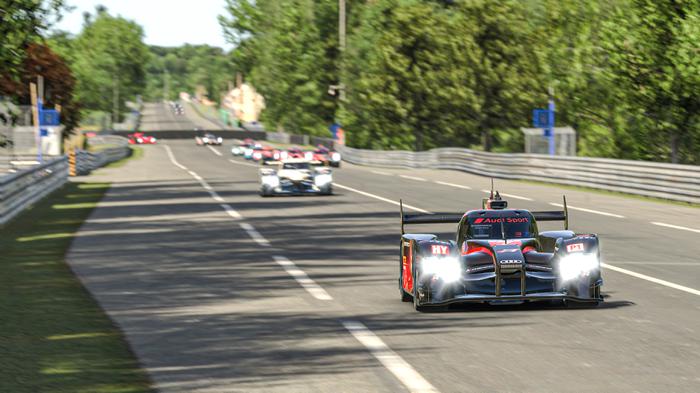 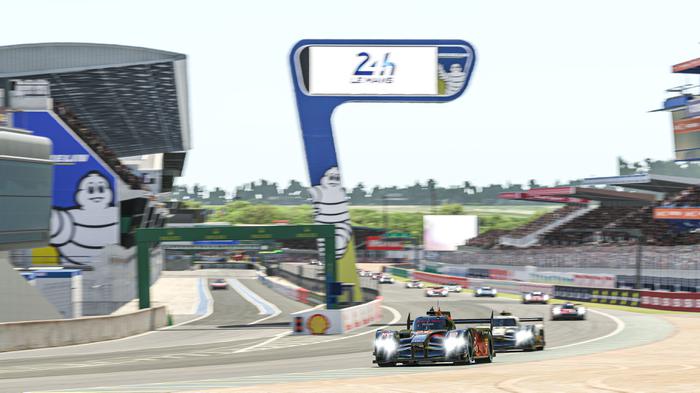 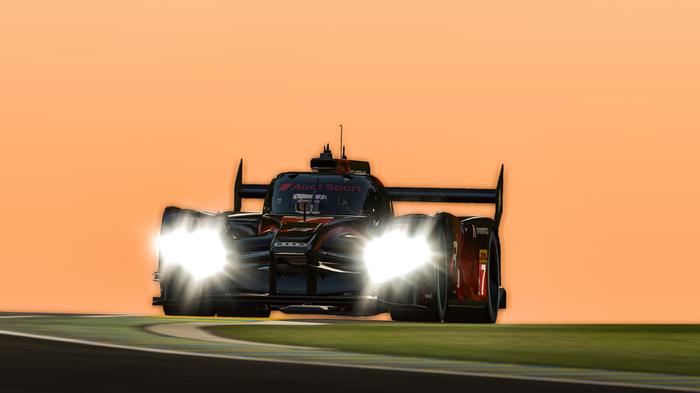 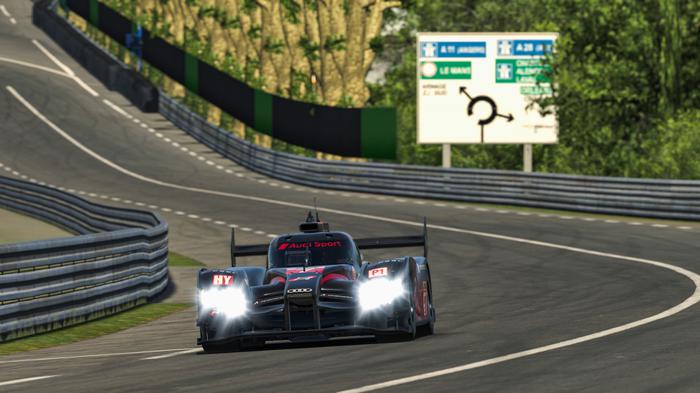 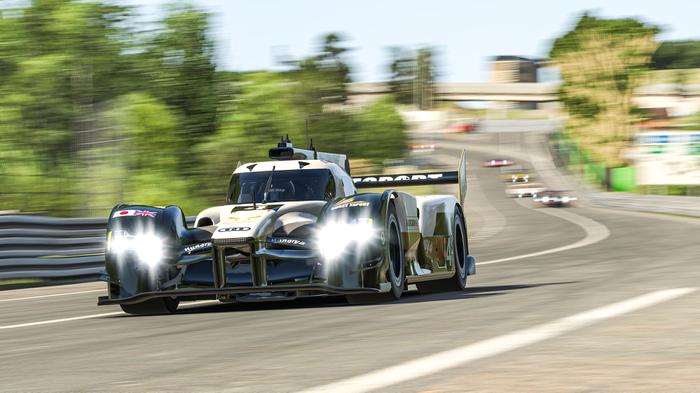 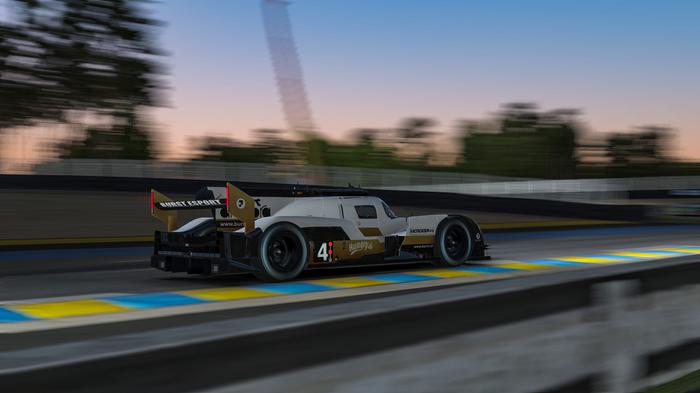 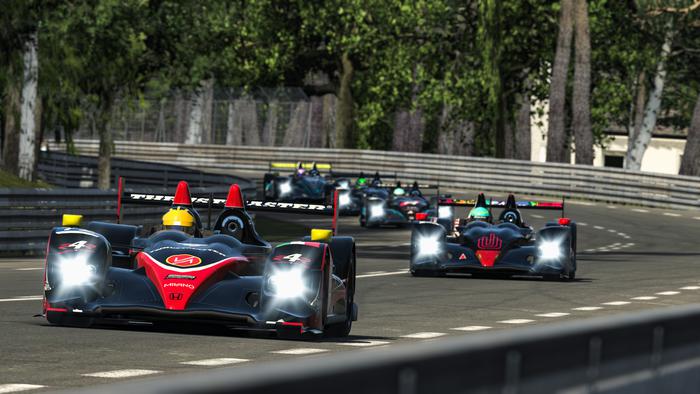 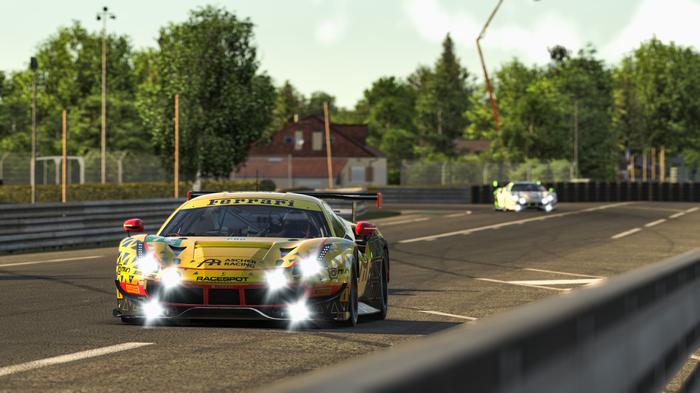