Munich – The Digital Nürburgring Endurance Series powered by VCO enters round three on Saturday. Like in the first two rounds, motorsport fans can look forward to a top-class starting field. Stars from real-life and virtual racing will go head to head at the virtual Nürburgring-Nordschleife. Virtual Competition Organisation (VCO) takes a close look at some of those involved including two former DTM champions and an Esports racing high-flyer from Australia.

Mike Rockenfeller is not only one of the most illustrious names on the starting grid of the DNLS powered by VCO, he is also a real Nordschleife expert. At the age of 22, Rockenfeller, who was born in Neuwied – just a few kilometres from the Nürburgring – celebrated an overall win at the 24 Hours Nürburgring. In 2007, just one year later, ‘Rocky’ made his DTM debut and has remained loyal to the touring car series to this day. In addition to his DTM title win in 2013, he also celebrated victory at the 24 Hours of Le Mans in 2010. Rockenfeller proved that he is not only fast in real-life motorsport, but in the simulator as well in the second round of the DNLS powered by VCO. Starting from twelfth on the grid, he and his team-mates Richard Westbrook and Kevin Volk in the Audi R8 LMS of Team Phoenix Racing eSport Green delivered a strong recovery race and were ultimately rewarded with fifth place.

In addition to Mike Rockenfeller, Martin Tomczyk and Timo Scheider, Bruno Spengler was also one of four DTM champions in the starting field for round two of the DNLS powered by VCO. With his title win in 2012, he not only secured his spot in the history books, but also gave BMW the perfect comeback to the touring car series. Spengler has already enjoyed success in Esports racing. At the ‘IMSA Sebring SuperSaturday’ race, he won on the virtual iconic track with the BMW M8 GTE and then took victory at the second race on the Laguna Seca track. Spengler also showed how fast he is in the simulator in the second DNLS powered by VCO race. Starting from 16th on the grid, he fought his way up the field in the BMW Z4 GT3 together with Esports racing influencer Jimmy Broadbent and Nils Koch into sixth place temporarily. A technical defect saw the trio pushed back down the field during a repair break. Spengler will try again for a top spot in the third round of the DNLS powered by VCO, alongside Nils Koch and Kay Kaschube.

At the Nürburgring-Nordschleife in particular, Dominik Baumann is one of the top experts in international endurance racing. At the age of 27, the Austrian can look back on six 24-hour races at the Nürburgring, and numerous appearances in the VLN on top of that. He enjoyed his greatest success to date in 2016, when he won the Blancpain GT Series title in the Mercedes-AMG GT3 of HTP-Motorsport alongside Maxi Buhk. But Baumann has also gained a lot of experience of GT racing in the IMSA series, the IGTC and the ADAC GT Masters. Baumann made his debut in the DNLS powered by VCO in round two alongside Jan Sentkowski. In the #101 Team Heusinkveld Mercedes-AMG GT3, the duo crossed the finish line in 17th place, so there is definitely some room for improvement for the Nordschleife expert in round three.

Joshua Rogers is considered one of the most promising talents in Esports racing – and with good reason. His track record in 2019 alone speaks for itself. Whether in the Porsche Esports Supercup, Porsche Simracing Trophy, ADAC Digital GT500 or in the VRS GT iRacing World Championship, wherever Rogers competed last year, he won. The new season couldn’t have got off to a more successful start for the VRS Coanda Simsport Team driver. At the 24 Hours of Daytona on iRacing he repeated his win of last year, and the Australian also topped the podium at the iRacing 12h Bathurst. His win in the second race in the BMW SIM 120 Cup at the ‘Sebring International Raceway’ saw Rogers and his team-mate at VRS Coanda Simsport, Mitchell deJong, secure their ticket for the finale in Munich.

In the first round of the DNLS powered by VCO, Laurin Heinrich battled alongside Alexander Voß for a podium position for much of the race before the BS+COMPETITION team duo dropped down into ninth place after a late incident. Things ran more smoothly in the second race. After his two team-mates Philipp Eng and Voß put in strong groundwork, Heinrich crossed the finish line in second place with the #189 BMW Z4 GT3. It is not only in virtual racing that Heinrich has enjoyed success – he is no stranger to real-life motorsport having competed in ADAC Formula 4 in 2017. After being accepted onto the Speed Monkeys Campus development programme, he won the Porsche Super Sports Cup title in 2019.

Two races – two podiums. Looking at Alex Arana’s appearances to date in the DNLS powered by VCO, it seems only a matter of time before the Spaniard and team-mate Agustin Canapino celebrate their first win for MAHLE RACING TEAM. In the first race in particular, the two Williams eSports drivers were very close to success in their Audi R8 LMS. They were in the lead when an error in the final stage cost them the win. In the second race the duo were embroiled in a gripping duel with the BS+COMPETITION team for second place, and ended up crossing the finish line in third place. It is not only in the DNLS powered by VCO that Arana has been impressive this season. In the iRacing Bathurst 12h, Arana and Canapino in the BMW Z4 GT3 were on on course for the win for much of the race, before they got caught up in an accident through no fault of their own. The pair have also shown that they have what it takes to win at the season opener of the iRacing Nürburgring Endurance Championship, when they got the victory. 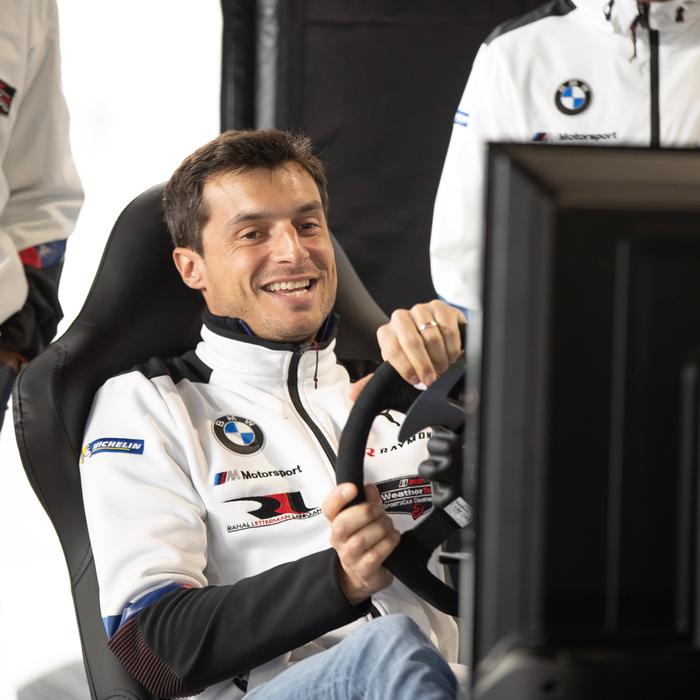 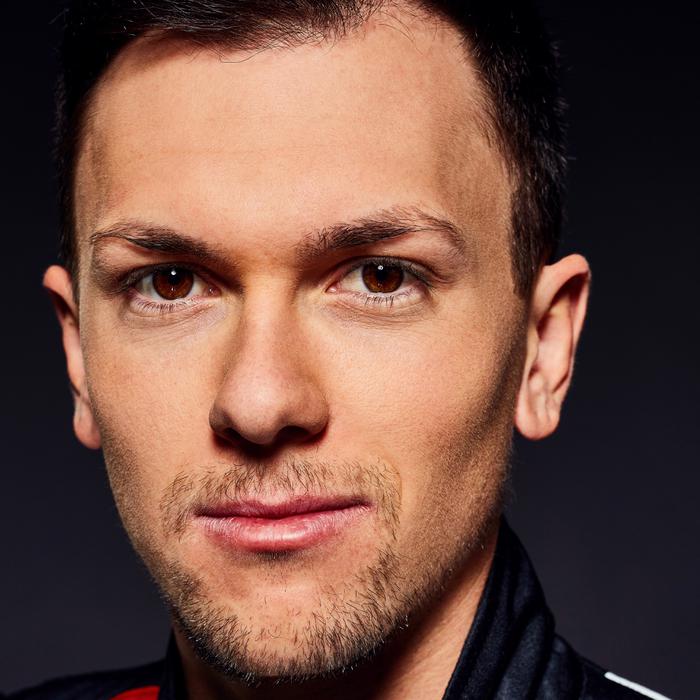