Munich – The penultimate event of the VCO ProSIM SERIES season has had a massive effect on the overall standings. Victory in a turbulent Championship Race on the ‘Circuit de Spa-Francorchamps’ went to Sage Karam and Mack Bakkum. While all other title favourites were involved in accidents, scoring hardly any points or no points at all, the victorious duo took a great leap up the standings for Esports racers and real-world Pros. Current and former Formula 1 drivers Max Verstappen, Rubens Barrichello and Bruno Senna were all competing in the race. Fan favourite Verstappen was forced to retire from the battle for the lead. Victory for Team Redline driver Maximilian Benecke in the Fun Race helped him secure the title early in the ‘Fun Cup’ overall standings. The season finale in the VCO ProSIM SERIES takes place on 31st March.

FUN RACE:
It was the fourth and final Fun Race of the season for the Esports racers who competed in the Super Late Model stock car on the historic Watkins Glen circuit, racing for 20 minutes to establish the last winner of the season. It developed into a thrilling battle for the race win and also for the Fun Cup title. As the Esports racers have scored more points during the season than the real-world Pros, none of the professional drivers will be able to catch the best Esports racers in the overall standings at the next event. Sebastian Job and Maximilian Benecke pulled away from the front row and quickly built a lead. Job was in first place until the final lap and would have overtaken Benecke in the battle for the title, only for Benecke to produce a spectacular manoeuvre to get past his opponent, win the race and claim the title in the overall standings. Benecke will be rewarded for his title win with a ‘Simulator Pro’ unit from SiFaT Performance (sifat-performance.de), Official Partner of the VCO ProSIM SERIES, in a unique VCO Design.

CHAMPIONSHIP RACE:
The VCO Twitter poll for the penultimate Championship Race of the season produced a clear winner with 87 percent of the votes. More than 40 Dallara F3s were racing on the legendary circuit at Spa-Francorchamps. Sage Karam claimed a somewhat surprising pole position, 0.050 seconds ahead of Formula 1 driver Max Verstappen. The opening stage of the race saw a few accidents that primarily involved the title favourites. Ayhancan Güven and Joshua Rogers were affected just as much as Laurin Heinrich and Graham Carroll, as were Philipp Eng and Sebastian Job. Verstappen was battling for the lead with Nicolas Varrone until a collision between the two forced Verstappen and his team-mate Maximilian Benecke to retire from the race. Sage Karam and Mack Bakkum claimed victory after 40 minutes of racing. The result sees both drivers take a big leap up the overall standings for Esports racers and real-world Pros. After making it to the pits for repairs, Güven and Rogers were able to rejoin the race and score some valuable points by finishing in the top 20. That allowed Rogers to defend his overall lead in the competition for Esports racers, just ahead of his Coanda Simsport team-mate Bakkum. There is barely a gap between Karam and Güven in the standings for real-world Pros ahead of the finale. Second and third places in the Championship Race went to Bruno Spengler and Martin Krönke, and Lorenzo Colombo and Freek Schothorst.

Sage Karam: “Max Verstappen is just so fast, but I managed to put down the perfect lap in qualifying. I managed to stay on the track, that was the key. The motto is always: ‘Keep it on the dancefloor’.”

Mack Bakkum (Coanda Simsport): “It was a fantastic race and I certainly feel like celebrating. It was pretty simple to stay in the lead once Sage had done a great job in qualifying. I knew that I would be able to stay ahead of our challengers if nothing crazy happened. The next few weeks will be interesting. I always cook here at Coanda HQ, so maybe I’ll make some raw chicken for Josh before the finale.”

Bruno Senna: “That was a lot of fun, even though it didn’t last too long. I had a ridiculous accident in the pit lane. I have already driven with Rubens Barrichello on iRacing but I don’t have much experience and I’m not a professional. The level is unbelievably high and the Esports racers are extremely fast. I was hardly able to prepare for today’s race.” 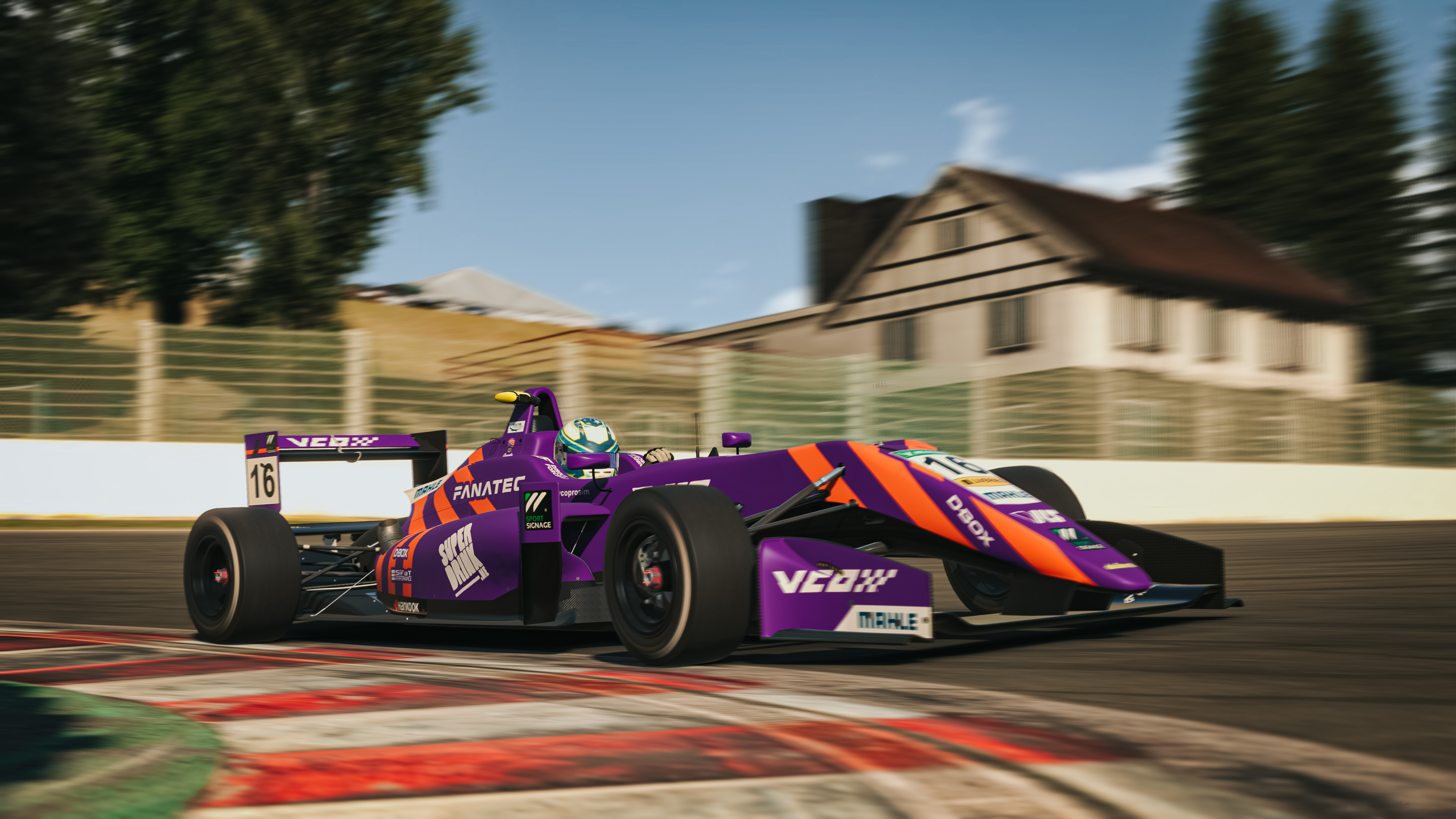 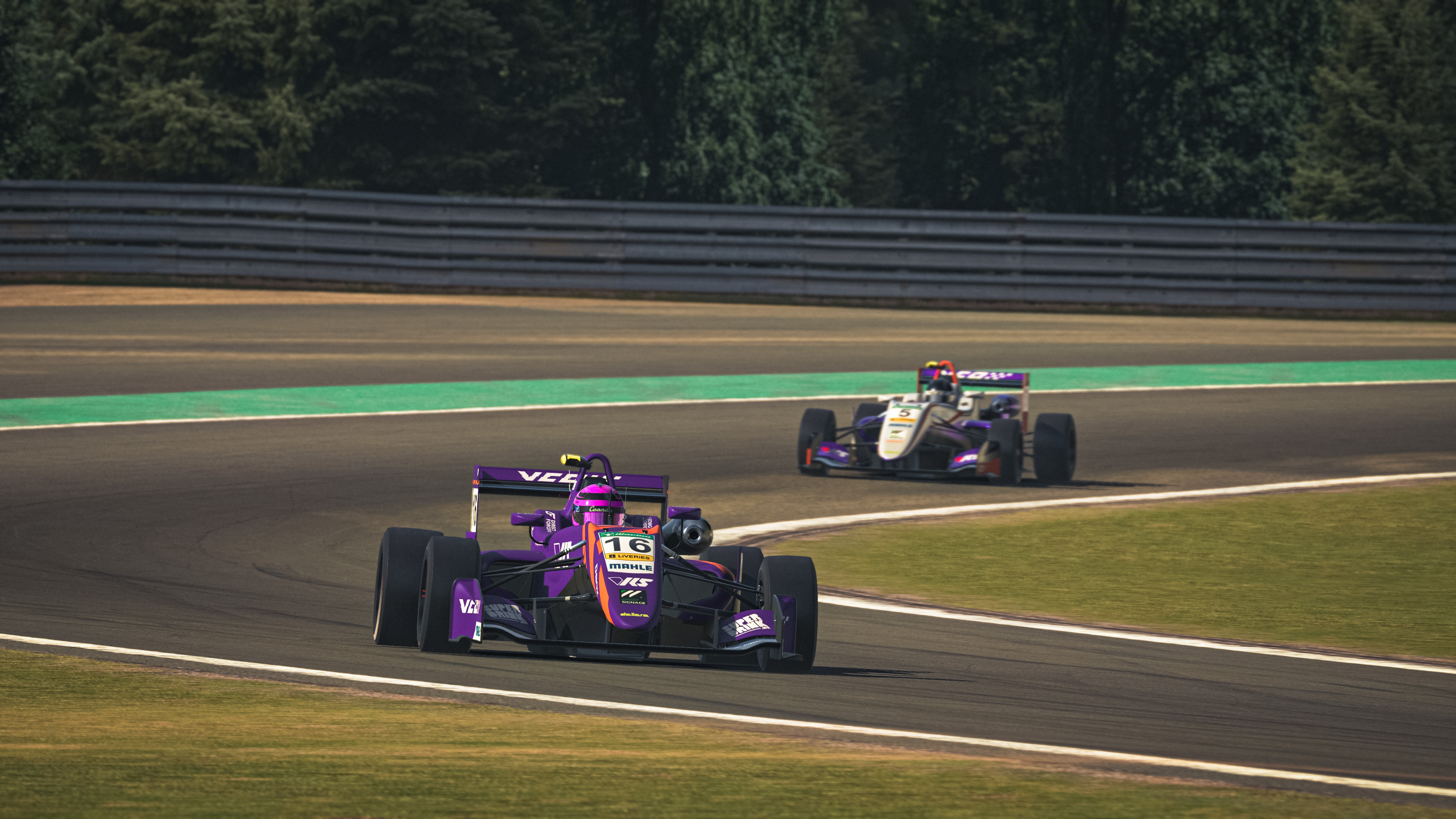 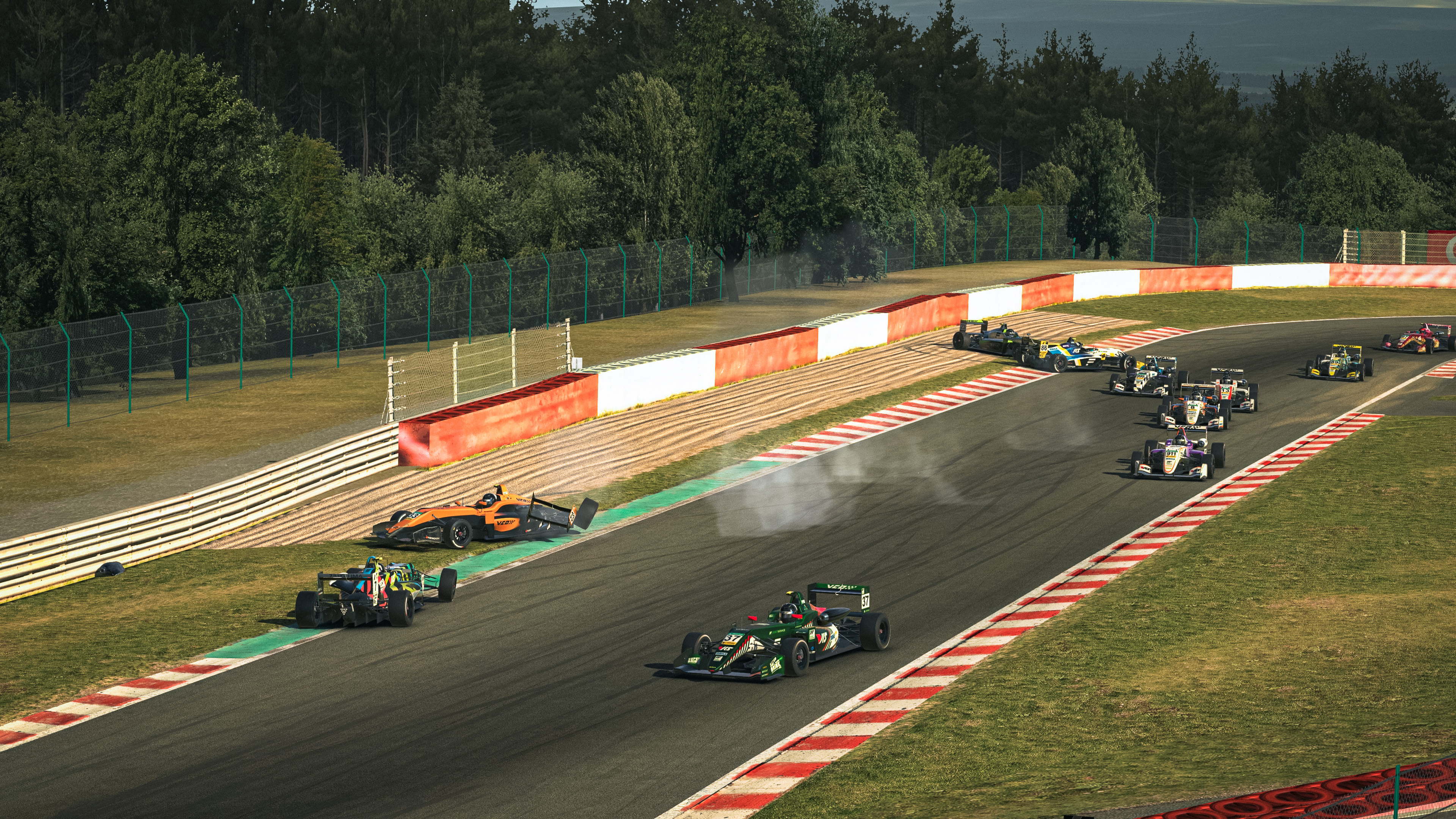 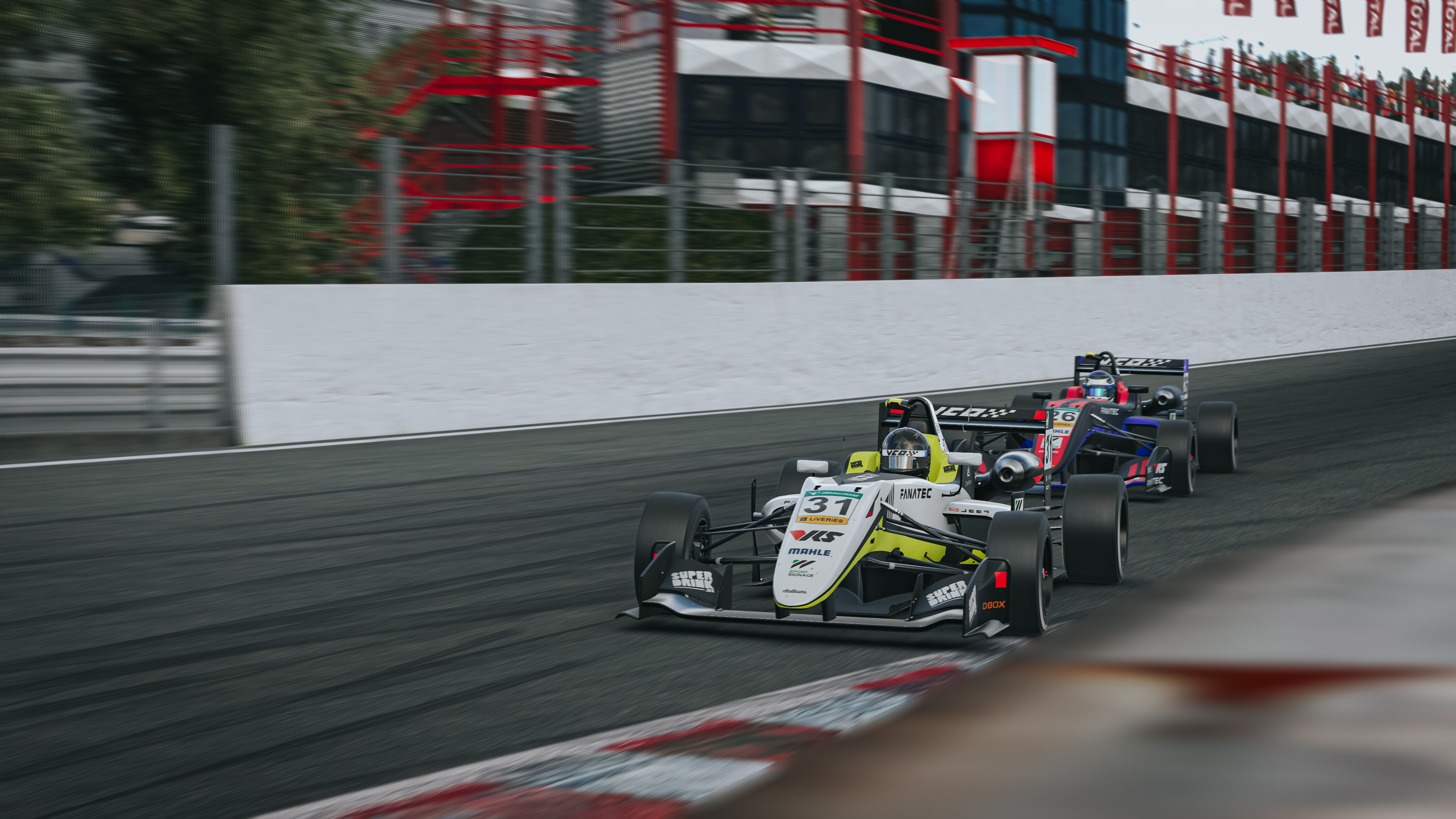 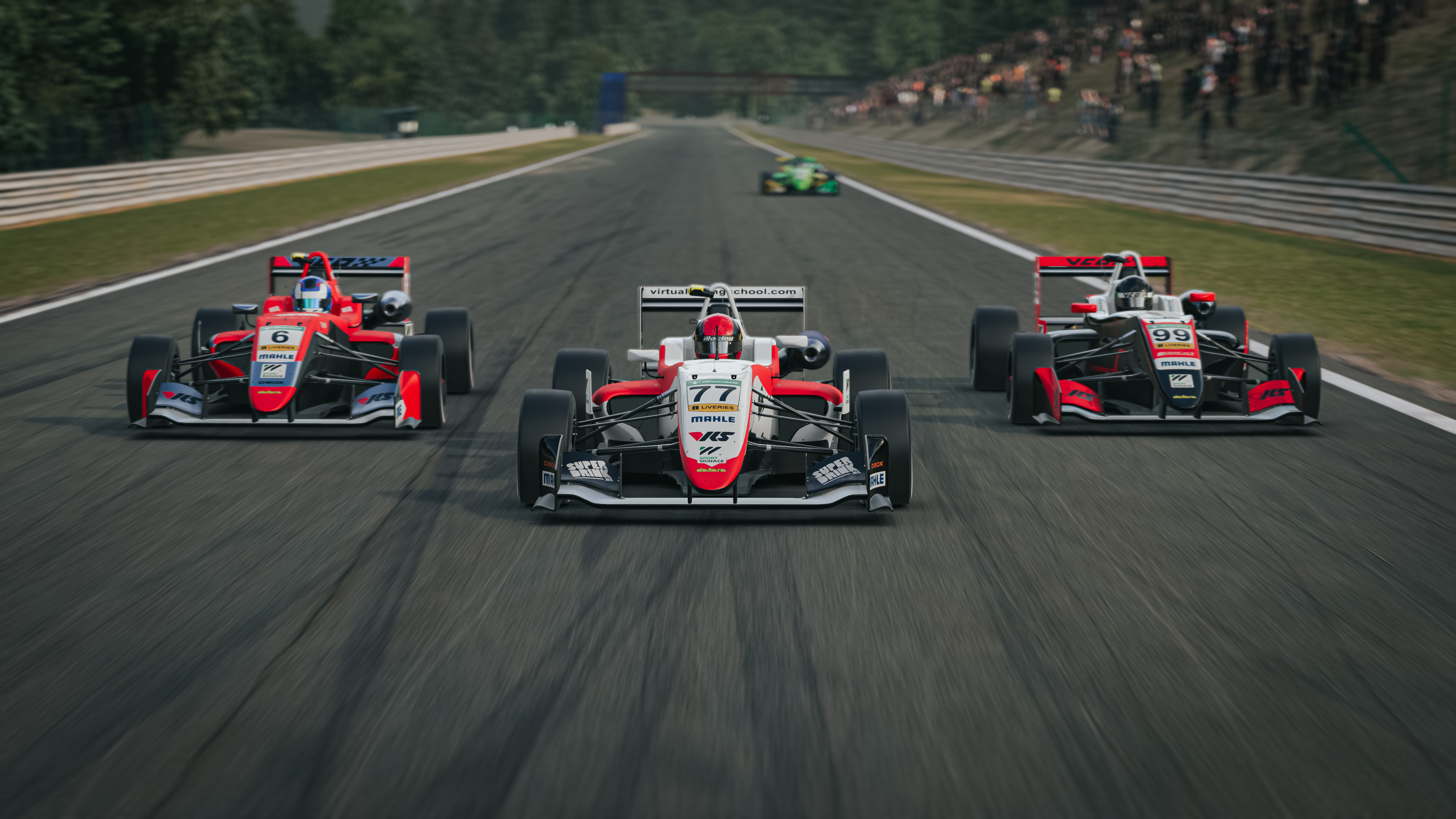 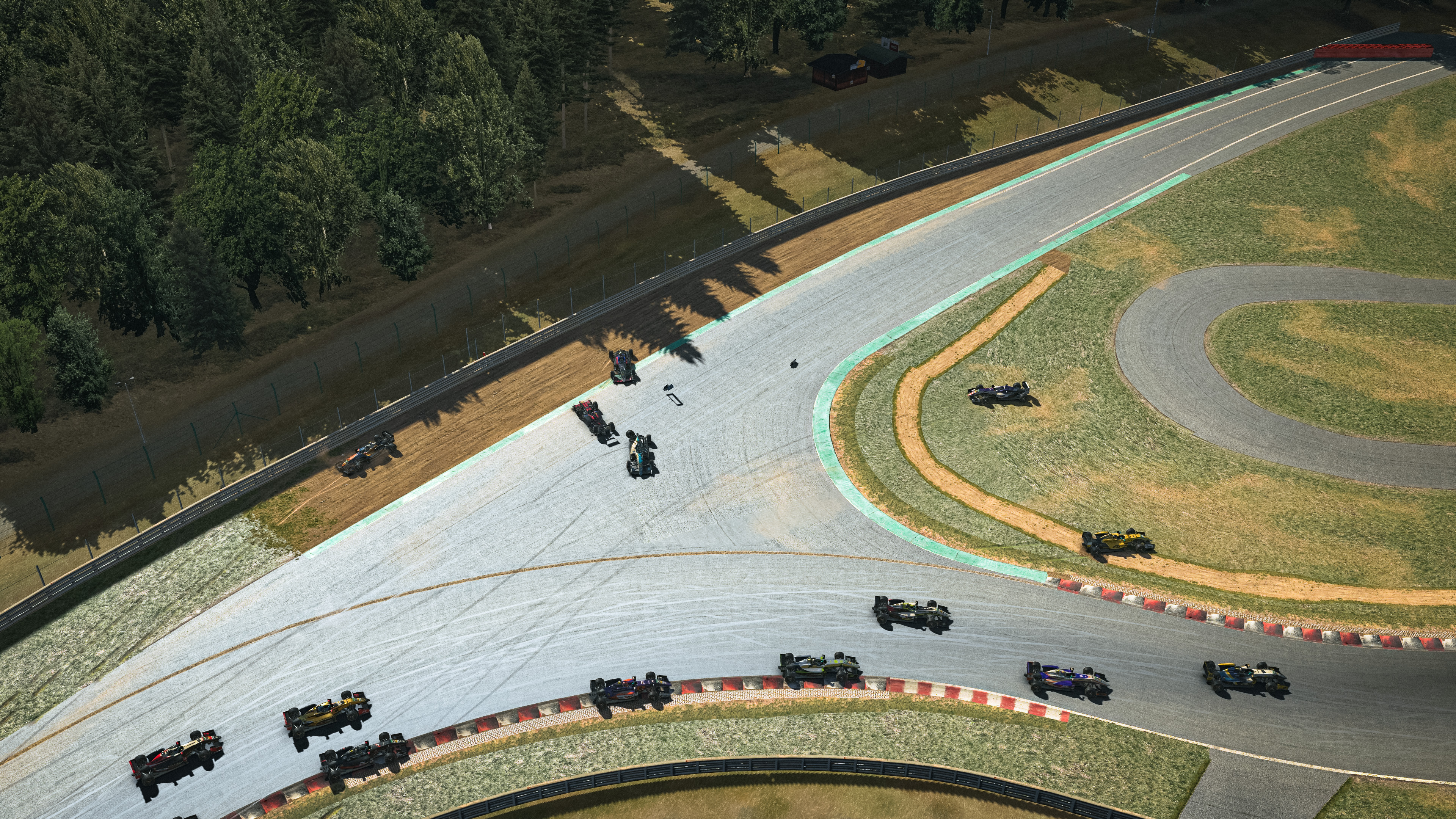 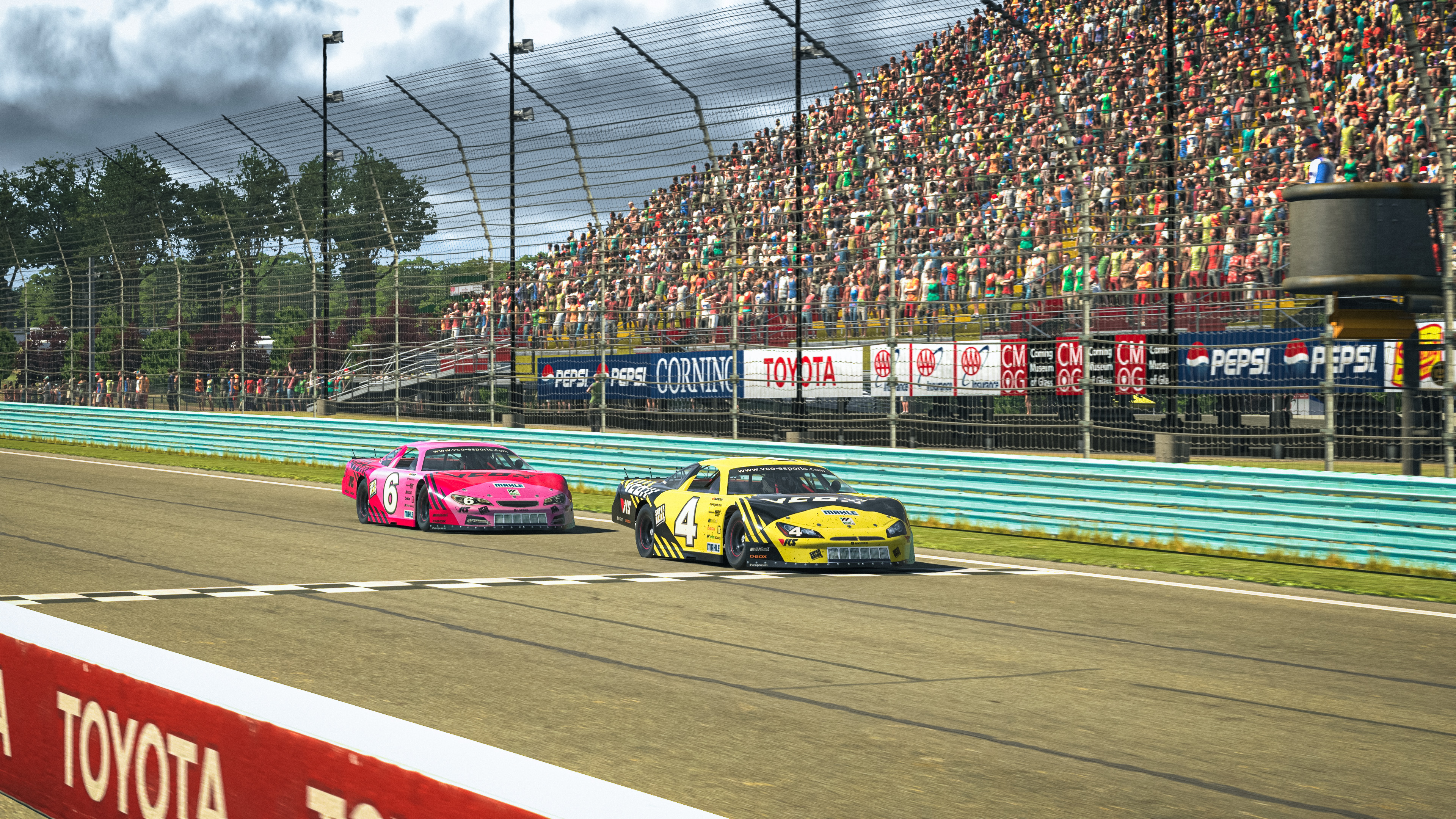 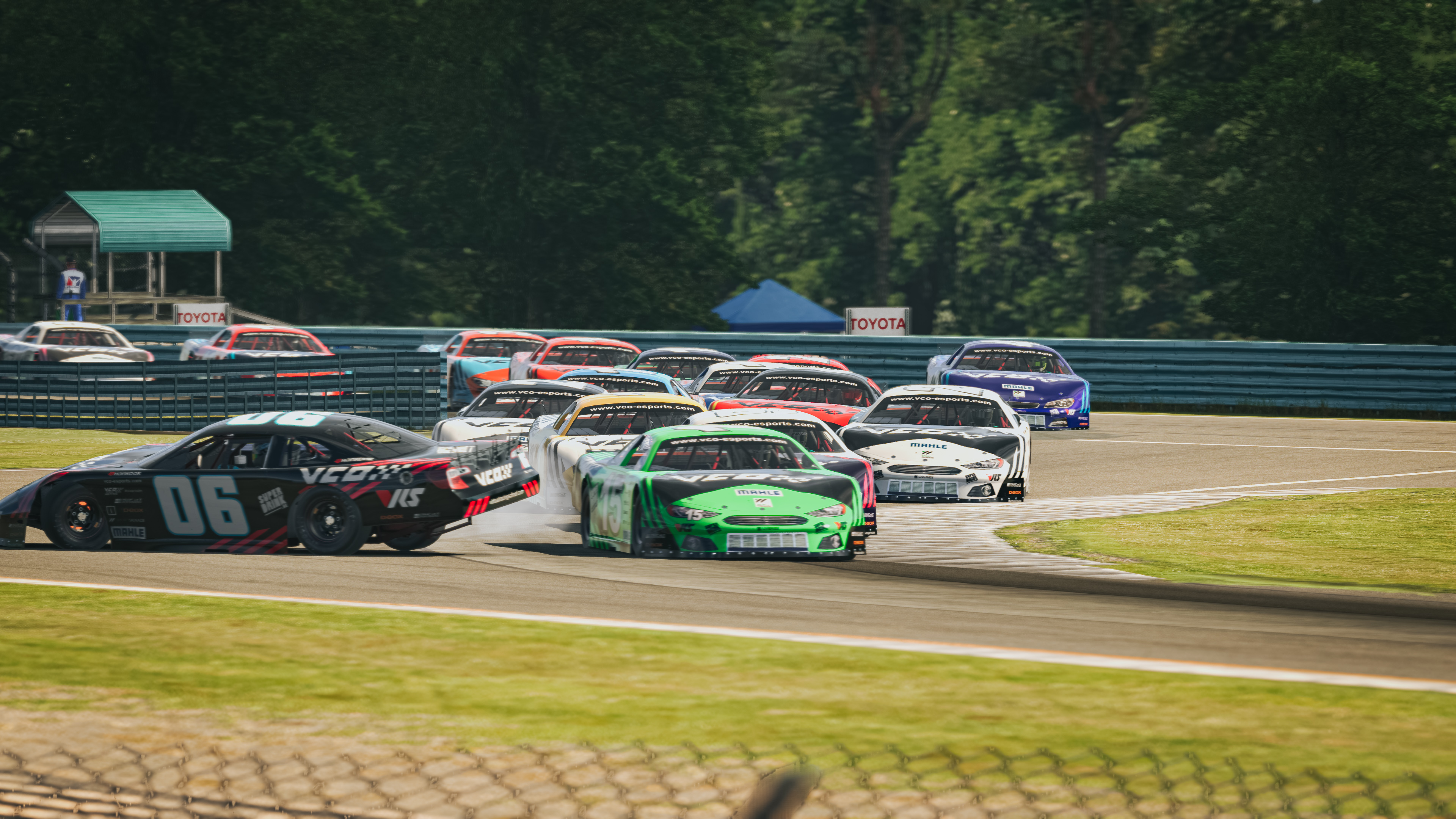