Munich – Philip Ellis and Jack Sedgwick claimed their first win of the season in race five of this season’s Digital Nürburgring Endurance Series powered by VCO. That was also the first success for MANN-FILTER Team HTP-WINWARD and the virtual Mercedes AMG GT3. In the VCO Victory Lane Interview, Ellis and Sedgwick look back on the MAHLE 3h Race and reveal the key to their success. They also discuss their title chances in the Digital Nürburgring Endurance Series powered by VCO and the future of Esports racing. Ellis also reveals how his motorsport career began in earnest in Esports racing.

Congratulations on your win last weekend. Did you celebrate in style?

Jack Sedgwick: Thank you very much. It has been a while since I won an Esports race, so I was naturally delighted. However, you obviously can’t really celebrate at the moment.

Philip Ellis: Another reason we probably didn’t celebrate so much was that we benefitted from crashes and the disqualification of opponents, but it was obviously nice to have that successful feeling.

You are the fifth winners in five races. What does that say about the standard in the series?

Sedgwick: The standard is very high and getting higher all the time. The Audis are still very strong in qualifying, but you can tell that the other teams are improving all the time in the races. Set-ups, strategies – all those things are improving, which in turn is making the racing better.

Ellis: You can also see the high standard in qualifying. Behind the two Audis, the time gaps are always very small – we’re talking tenths of a second. On an eight-minute lap, that just shows how evenly-matched the teams are. You need to produce a flawless race to win. The slightest bit of damage or smallest penalty can cost you the race.

Was that the key to your victory last weekend?

Sedgwick: Definitely. We drove a clean race without any mistakes. The pit stops and driver changeovers worked seamlessly. And we obviously also benefitted from mistakes made by the opposition.

Ellis: We took a lot of risks, but had more fortune than in recent races. Even when we did have contact with a TCR, we got off lightly this time. We also managed to avoid any battles throughout the whole race, which meant we didn’t lose any time.

When did you become aware that you were going to win the race?

Ellis: The crashes and penalties for the opposition meant that we knew quite early on that we were on course for a podium finish. As the BMWs don’t use as much fuel, we weren’t sure how much time they would lose in the final pit stop so it was only in the final half an hour that we knew exactly how we were doing. When we found out that the Williams Audi had been given another penalty, it was clear to us that we only needed to finish the race to win.

That victory puts you second in the championship. How do you rate your chances of winning the title?

Ellis: It would obviously be nice to win the title. However, we have only had five races so far, and still have four to come. In my opinion, it is currently hard to predict what will happen in the remaining races. We will have to wait and see what effect the latest update has on the cars, and whether the BoP changes over the course of the season.

Sedgwick: I think we have a decent chance, if we’re able to maintain our current standard. We obviously cannot afford to make any more mistakes. I believe we must simply try to take it one race at a time, and to drive each race as though it were the last. Then we will see how we do in the end.

Now that you are one of the contenders for the title, does this change your approach to the coming races?

Ellis: I don’t think so. For one thing, you have to be prepared to take a certain amount of risk, otherwise you will immediately lose valuable seconds, which could be crucial in the end. On the other hand, in recent races we have always tried to stay clear of getting drawn into battles, avoid taking one risk too many, and then to push hard in the final half an hour. That has worked well, and I think this strategy is backed up by our results in the past four races.

Philip, people will be most familiar with you from real motorsport. How are you so fast in the simulator too?

Ellis: I’ve been actively involved in Esports racing for a very long time, since 2009, to be precise. As a kid, I always wanted to get into motorsport, but never had the opportunity. Instead, I started with Esports racing. Only after that did I make it into real motorsport.

But, although you were involved in real motorsport, you continued to race on the Esports scene…

Ellis: Not for a while. However, when I started racing in the Audi Sport TT Cup in 2016, I noticed that it really helped for me to prepare for a race weekend in the simulator. As soon as I came home after a race, I went straight to the simulator and started training for the next race. Because test days and testing time are severely restricted, Esports racing provides a good opportunity to prepare for real races. At the same time, you can also try out a lot of things. For example, you can put yourself in battles with other drivers and try to overtake or defend in certain places. Nowadays, the simulator is vital to me as a test tool.

Jack, you know Philip from his early days in Esports racing. How have you followed his career, which has led from virtual racing to real motorsport?

Sedgwick: I think he has done very well in recent years – particularly in GT racing. He has been one of the few to have successfully made the leap from Esports racing to real motorsport, and to have tasted success – including victories in the ADAC GT Masters and GT4 races. That is very impressive, and I take my hat off to him.

Now that real motor racing is gradually returning, how do you look back on the boom that Esports racing has experienced in recent months?

Sedgwick: The last few weeks and months have obviously given the whole sector a huge boost. The whole subject has received a lot of attention, and I think that this period has opened the door to Esports racing for many people. It would be nice if many of these events were to continue – during the season, and perhaps also when real motorsport takes a break.

Ellis: The fact that so many drivers from real motorsport have been involved in simulator racing recently has helped the scene hugely and given it a massive boost. I hope it stays that way. 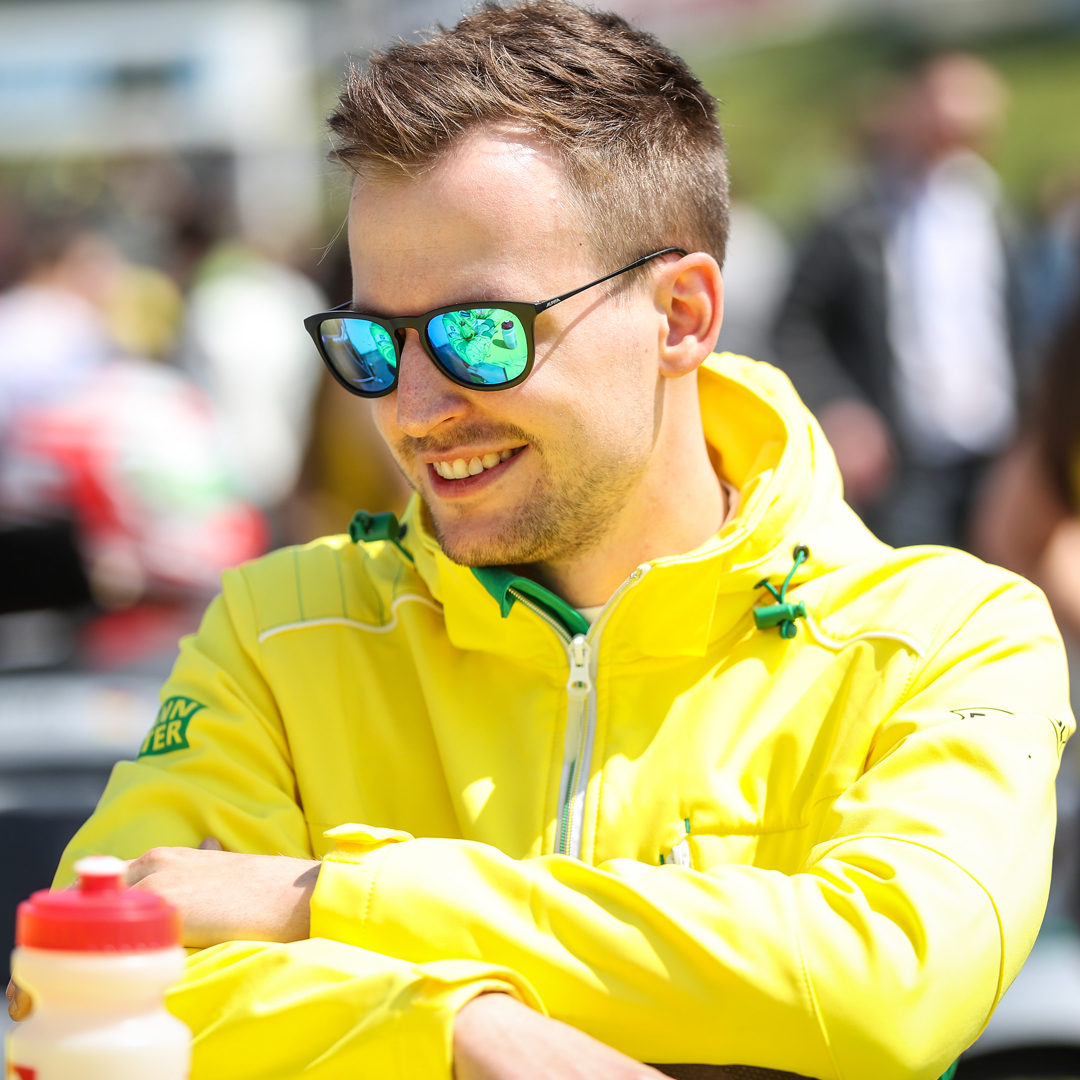 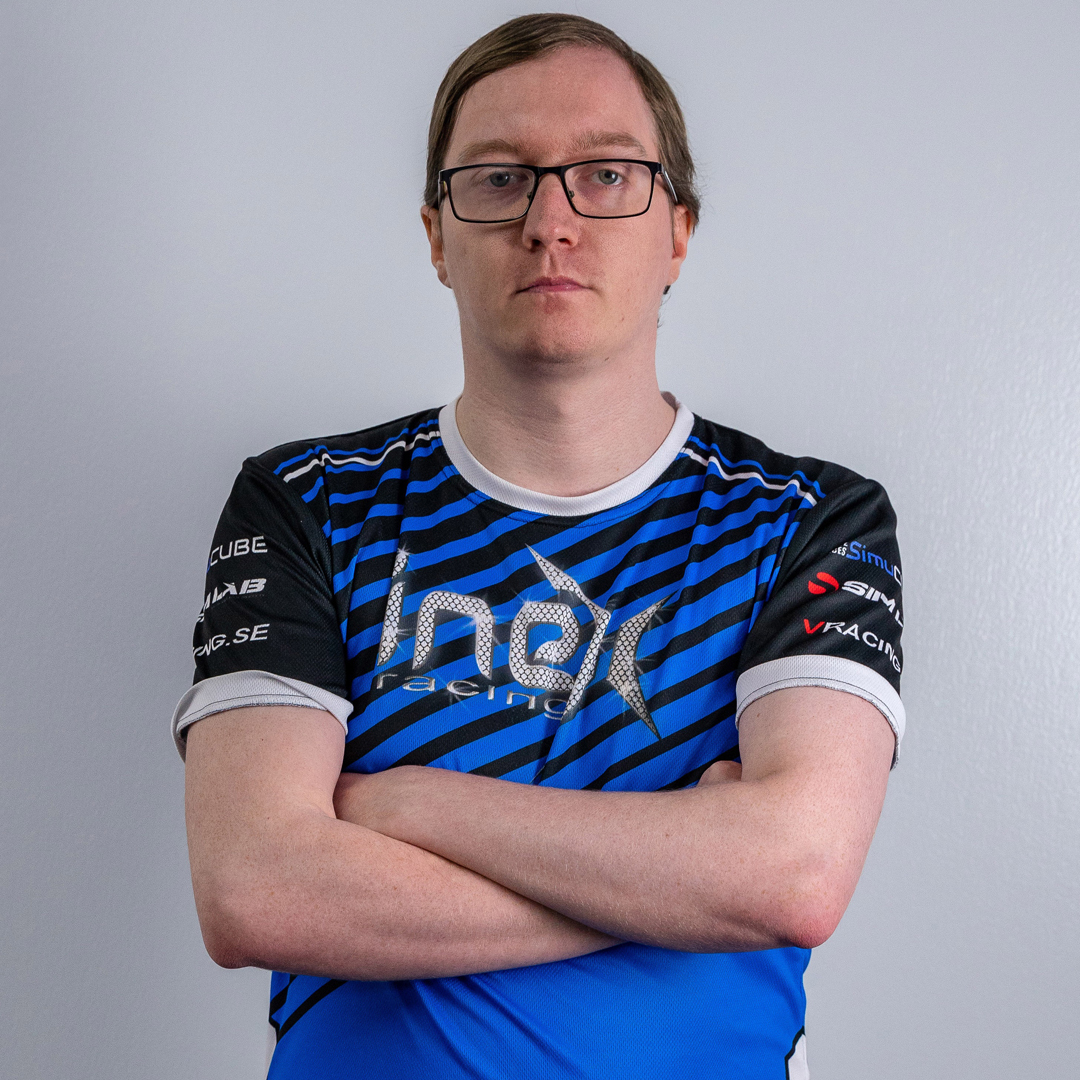