Munich – When Bruno Spengler, Nils Koch and Kay Kaschube took victory in race six of the Digital Nürburgring Endurance Series powered by VCO, they achieved something new. At the wheel of the #107 BMW Z4 GT3, they became the first team to win two races in the inaugural season of the DNLS powered by VCO. In the VCO Victory Lane interview, the BMW Bank trio discusses the key to success and the strength of the opposition in the series. The three drivers also reveal what makes them so strong and how they rate their chances in the title race.

Munich – When Bruno Spengler, Nils Koch and Kay Kaschube took victory in race six of the Digital Nürburgring Endurance Series powered by VCO, they achieved something new. At the wheel of the #107 BMW Z4 GT3, they became the first team to win two races in the inaugural season of the DNLS powered by VCO. In the VCO Victory Lane interview, the BMW Bank trio discusses the key to success and the strength of the opposition in the series. The three drivers also reveal what makes them so strong and how they rate their chances in the title race.

Congratulations on your victory last weekend. Looking in from the outside, it looked like a comfortable win in the end. Did it feel that way to you?

Kay Kaschube: Not really. We had to keep an eye on Aleksi Elomaa, as he was very quick and had opened up a very big lead at the start of the race. Plus, it was difficult for us to tell how long our closest rivals were in the pits for and how much fuel they had left. When we saw all three cars ahead of us come into the pits, we knew that we no longer had to take any major risks. It was then just a question of completing the race to get the win.

Nils Koch: The win definitely felt good, as the race panned out exactly as we had planned for us. We had no incidents, no penalties – nothing went wrong.

Bruno Spengler: I feel that it doesn’t matter whether you are driving for three hours or 24 hours on the Nordschleife, you always have to make sure that you get through the race and don’t break the car. At the same time, you have to keep pushing all the time. That is the difficulty. The strategy was perfect and made it a very nice victory in the end.

You mentioned strategy: was that the key to success in the race?

Kaschube: Definitely. We obviously also had very good pace in the race. Towards the end, the strategy primarily helped us to avoid any battles with the Mercedes. That allowed us to use our pace at the right time.

When did you decide on that strategy? Before the race, or was it a spontaneous decision?

Spengler: We basically discussed two possible strategies before the race, and decided that we would wait and see how the race developed in the early stages, then opt for one of the two options. That is what we did – and it worked perfectly.

Prior to the race, there was a big update on iRacing. How did that affect your car and did it give you an advantage or disadvantage?

Koch: It was obviously difficult for us at first, as we had built up a wealth of experience in the weeks beforehand, in the DNLS races and the iRacing 24h Nürburgring. The iRacing update meant we all had to start from scratch again, however, our experience of the Nordschleife meant we were able to get back up to speed relatively quickly.

You are the first team to win twice in the Digital Nürburgring Endurance Series powered by VCO. What does that mean to you?

Spengler: I don’t think you can rate that highly enough. On the Nordschleife, you can so quickly have a crash, pick up a penalty or find that the slightest of contacts has damaged your car. The fact that we have now won for the second time means a lot to us. We obviously hope to continue that way. At the same time, however, we are well aware that it could be a very different story next time.

Kaschube: I believe that our second victory shows what a strong and well-balanced team we are. As a Pro-driver, Bruno is doing an outstanding job. He is looking after the car, has great pace, and can even save fuel whilst still being fast. As far as the lap times are concerned, I think we are all on a very similar level. I believe that is ultimately what is making the difference.

You have two victories to your name and have always finished on the podium in the last four races. What makes you so consistent?

Spengler: I think it is a combination of many things. We have now driven a lot of races together and know each other very well. We all trust each other. I can rely completely on Kay and Nils, because I know how talented and quick they are. That really helps me to get the maximum out of my first stint.

Koch: I also believe that that mutual trust is a very important factor. When Bruno is in the cockpit, we know that he will hand the car over in one piece and that he is very good at judging when to take a risk and when not to. When I sit in the car, I know that there is still somebody to come after me, who is at least as quick as me. That takes some of the pressure off your shoulders. We are also very experienced. Bruno in real motor racing, Kay and I in Esports racing – and particularly on the Nordschleife.

Currently third in the overall standings, you are well positioned in the title race. What do you make of your chances?

Spengler: When you are in contention for a title, you obviously want to win it but there is still a very long way to go. We still have a few races to come, and are well aware that a lot can still happen. The chances are that we will also be unlucky and have a poorer result at some point. We are definitely going to fight hard and then see how we do at the end of the year.

Does that change the way you will approach the coming races?

Koch: I don’t think so. We want to win any race we enter. However, it is obviously possible, in the race itself, that you are not only thinking about victory in that individual event, but also have the title in the back of your mind and take a little less risk in one or two places.

Kaschube: It is always extremely difficult to find that compromise. Two races ago we made a slight mistake that cost us big time. Without that mistake, we may well have won. We just have to push hard and try to finish in the top three in every race.

You are now two thirds of the way through the season. How has the series and the standard of the field changed since the start of the season?

Spengler: The standard is definitely higher. You are now seeing drivers at the front of the field who were not so strong at the start of the season and have really improved.

Koch: The drivers who do not come from an Esports background, in particular, have really improved. That is obviously nice to see, but also makes life far more difficult for us. One thing that has given the series a special flair is the fact that it involves real teams that people know from real motor racing. On the whole, I believe the series is very much on the right track.

The next round of the DNLS is not for about two months. How will you stay ready for the Nordschleife during this period?

Spengler: For me, real motorsport is also resuming now. Despite that, I will still try to practice as much as possible. I have developed a real passion for Esports racing in recent weeks and months, and want to continue to train as often as possible.

Koch: I think the Nordschleife is a bit like riding a bike. Once you can do it, you never really forget how to do it. However, it obviously still helps to get out there for a few laps every now and again. We obviously also have to keep an eye on whether anything changes with regard to the set-up, BoP or tyre model but I am not really concerned that we will have forgotten how to be fast by the time we return in August.

Bruno, the victory in Saturday’s DNLS race marked the end of a particularly successful week for you, having previously won the title in the IMSA iRacing Pro Series on Thursday …

Spengler: That is true. Both successes mean an awful lot to me. It was a great week, which has given me a lot of confidence for the challenges ahead – in Esports racing and in real motorsport. At the same time, however, I have to say that Esports racing – just like real motor racing – is a team sport. Without the right team behind me, these successes would not be possible. Training with the guys and picking up tips from them is really helping me improve dramatically, so they have also played a part in the success. As such, we had a little celebration after I won the title in the IMSA iRacing Pro Series.

What kind of celebration?

Kaschube: We obviously followed Bruno’s race anxiously, and were delighted for him when he did it. Afterwards, he wanted to raise a glass with us, so we got ourselves a cold drink and had a little celebration on Zoom. (laughs)

Koch: When a team-mate wins the title in such a prestigious series, you are obviously pleased for him. That obviously made it even sweeter when we then won round six of the DNLS together just two days later. 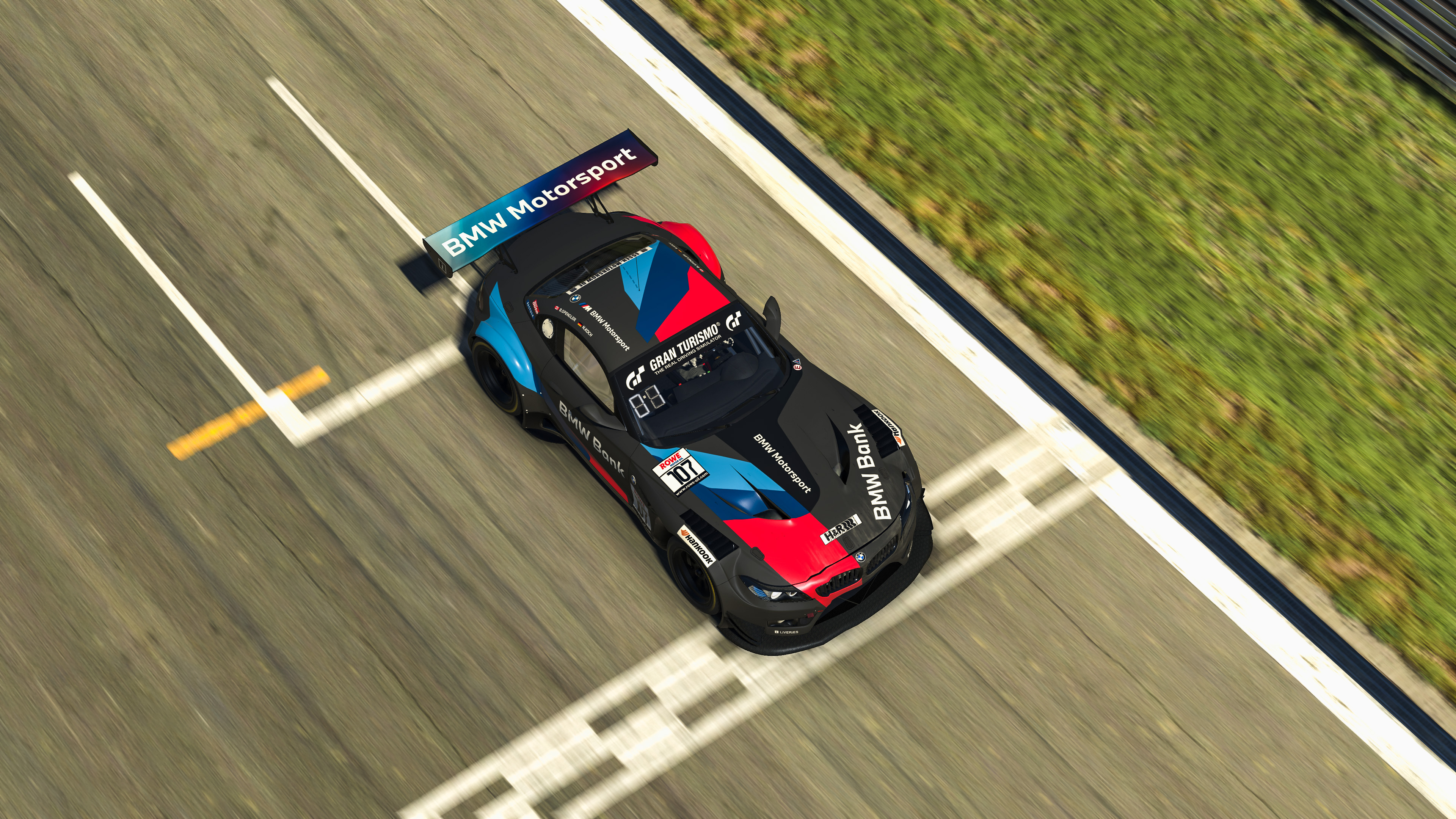 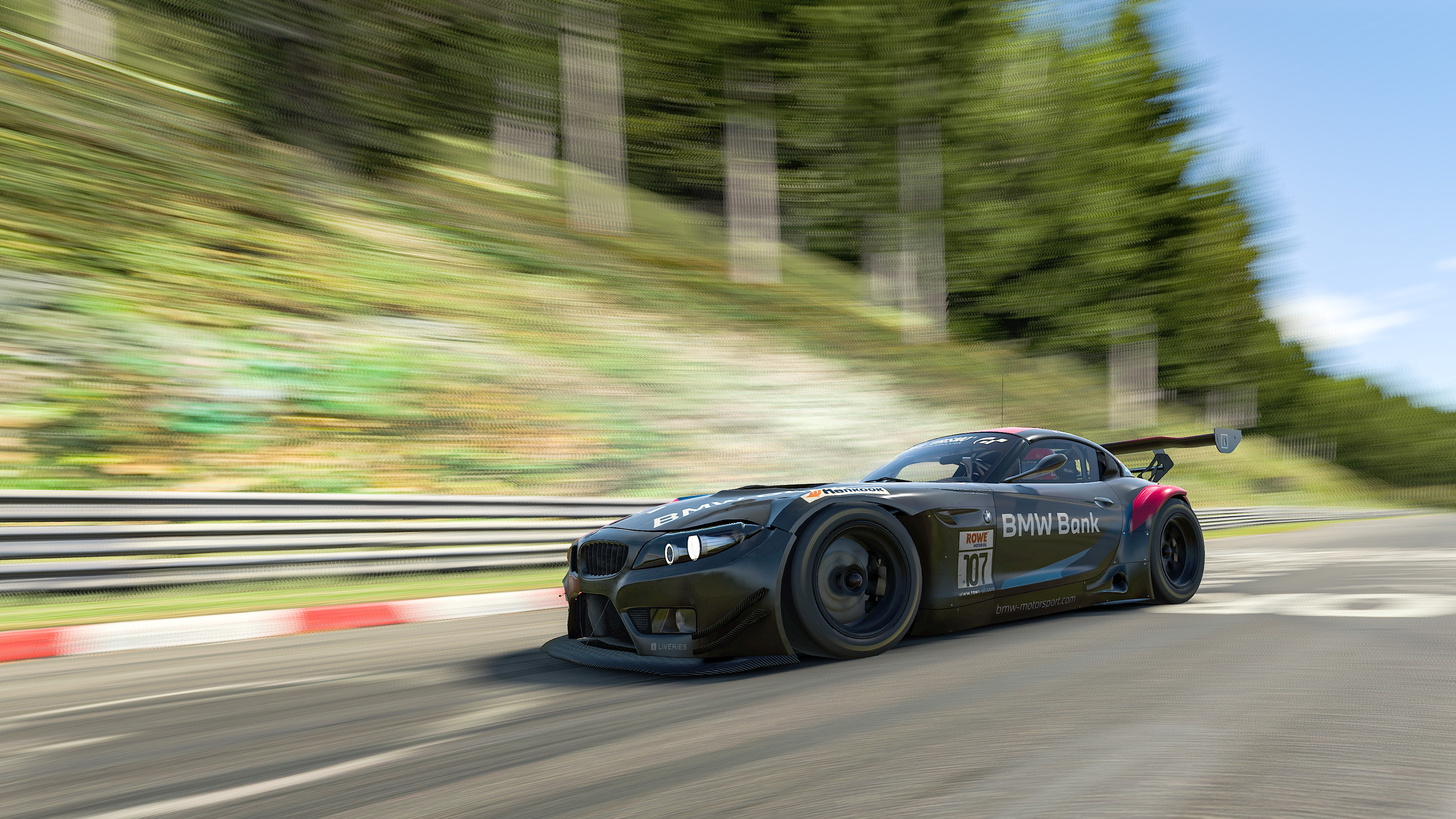