Munich – At the third race in the 24H SERIES ESPORTS powered by VCO, Vlad Khimichev and Racim Fezoui have recorded the first win of the season for their R8G Esports team and chalked up their third consecutive podium finish. R8G Esports now leads the overall standings thanks to their win in the virtual Lamborghini Huracán GT3 EVO at the 6-hour race at the Red Bull Ring. Victory in the Cup class for the Porsche 992 went to Williams Esports. In the GT4 category, Team Fordzilla topped the podium with the Porsche 718 Cayman GT4. In the TCR class, first place went to CoRe SimRacing in the Audi RS 3 LMS.

Khimichev and Fezoui crossed the line around 14 seconds ahead of the virtual BMW M4 GT3 from Williams Esports. Third place went to the MAHLE Racing Team Porsche 911 GT3 R which had started the race from pole position. Results were closer in the Porsche Cup class, where Williams Esports only moved into the lead around 25 minutes before the end, crossing the finish line just 6.5 seconds ahead of the second-placed Asetek Simsports Volante team. Third place went to the Porsche from CoRe SimRacing. Having led the race for some time, the Logitech G Altus Esports Porsche finished fourth after a crash with a GT3 car.

In the GT4 category, Team Fordzilla finished around 20 seconds ahead of the Carbon Simsport Porsche 718 Cayman GT4 and around 30 seconds ahead of Asetek Simsports Volante in third place. The Puresims Esports car that had led this race for a long period was also knocked back after a crash. CoRe SimRacing recorded the clearest victory in the TCR class. They finished nearly 50 seconds ahead of MSI eSports, and more than one lap ahead of Impulse Racing.

The fourth out of a total of six races this season takes place on 13th February when the 6 Hours of Monza is set to take place.

Racim Fezoui (R8G Esports, overall winner): “Our strategy paid off. We decided to concentrate on racing qualifying laps in the second half of the race instead of saving fuel, as that cost us too much time. With regard to the championship, we are benefiting from scoring points very consistently and we are only looking ahead to the next race. We are always very well prepared.”

Josh Thompson (Williams Esports, 992 class winner): “From our point of view, that was one of the best races for a long time. We never gave up and were able to close the gap to the leaders in the final stage. It’s a shame that it ended like that. I don’t know exactly what happened in that crash behind me. I was only told that the cars behind went off the track.”

Will Chadwick (Team Fordzilla, GT4 class winner): “That was a very good weekend! I am very sorry for the Puresims team. They were in the lead when they got involved in a crash. Our pace was very good, but I can’t say whether we would have been able to overtake them on the track.”

Corentin Guinez (CoRe SimRacing, TCR class winner): “Right at the start, it was all about surviving the first waves of GT3 and Cup cars, which went well. Then I noticed that being in the lead with clear track allowed me to pull away significantly from the cars behind so I really pushed on and handed the car over safely to my team-mate. This win gives us a lot of confidence.” 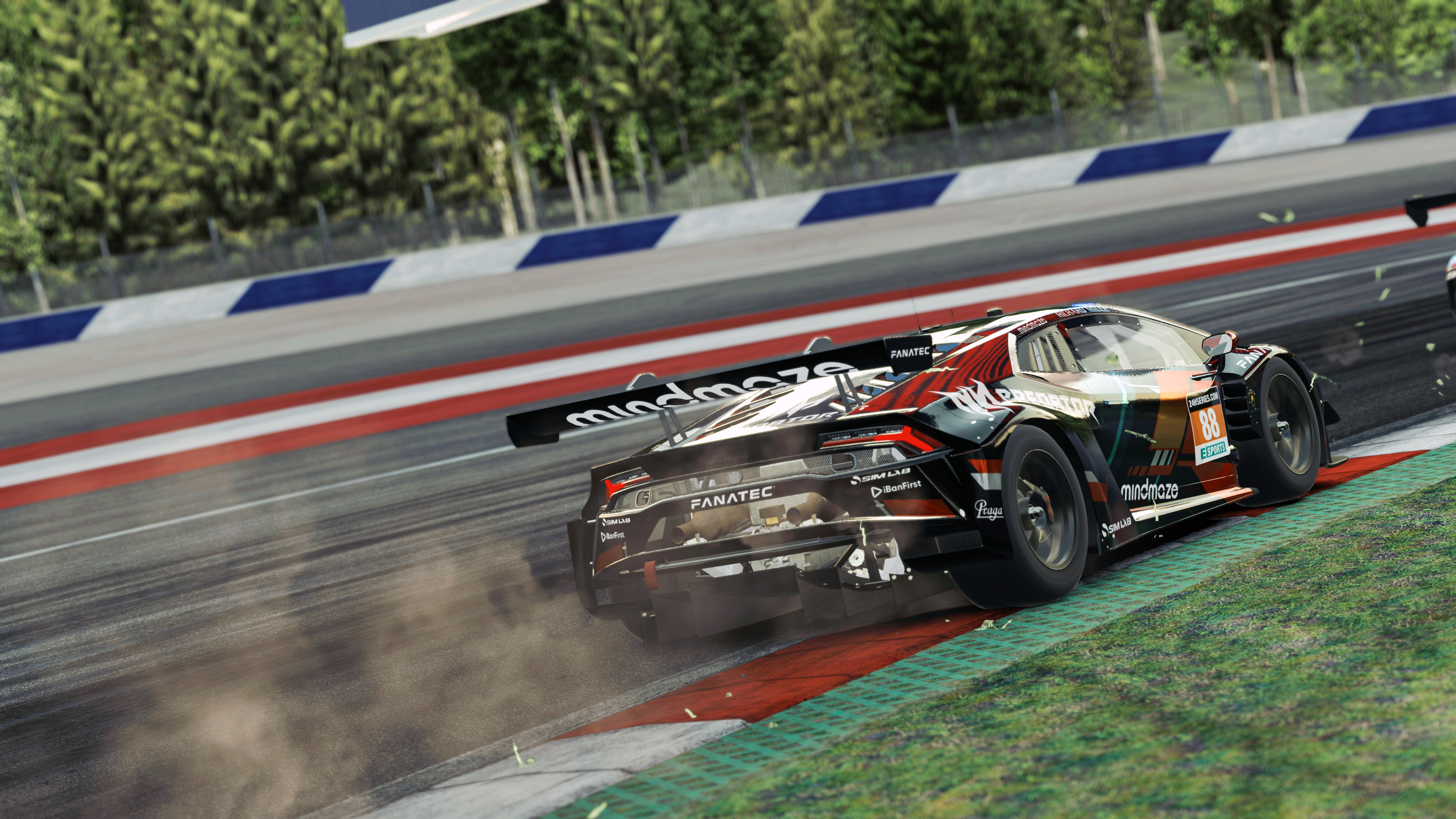 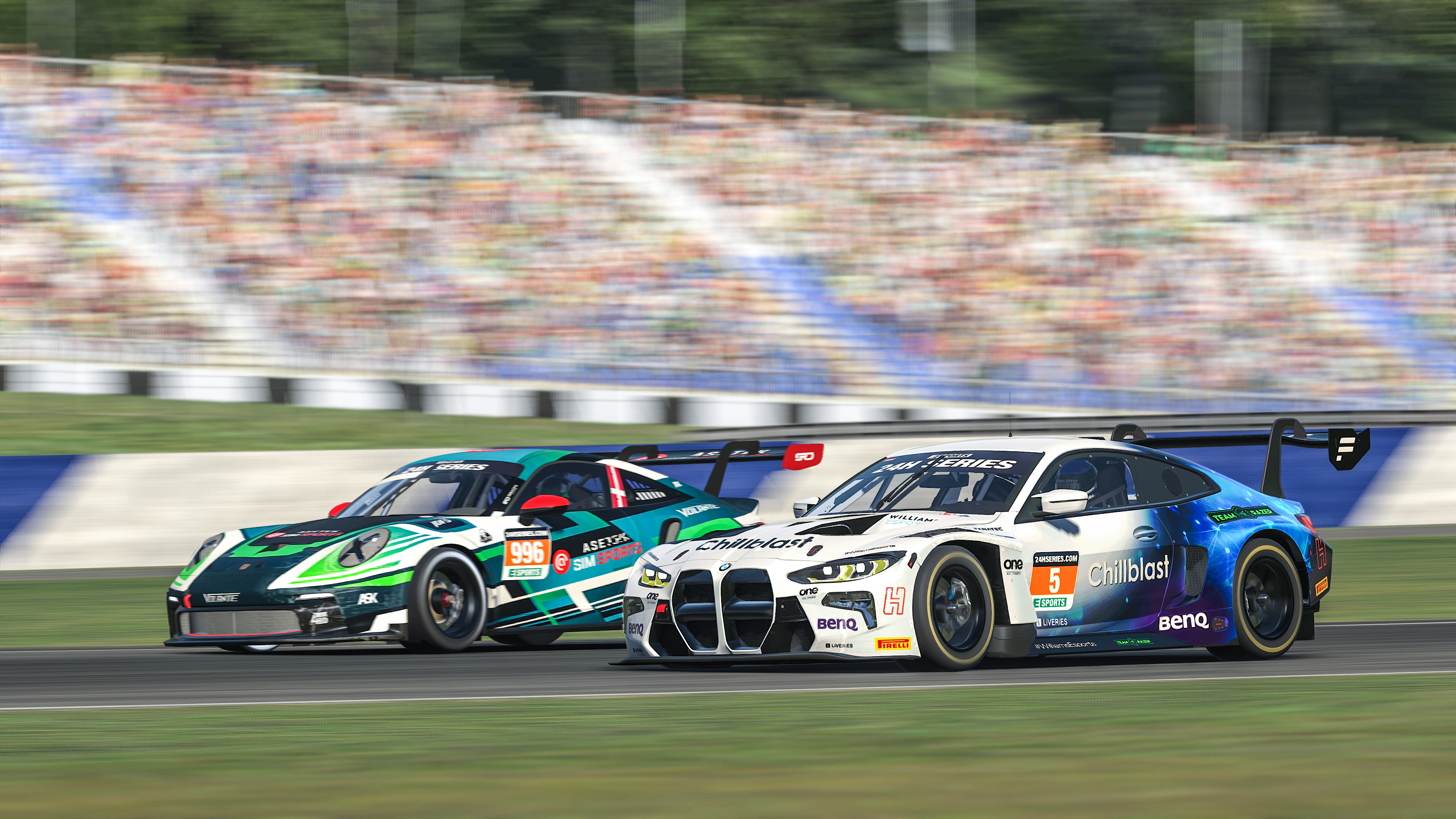 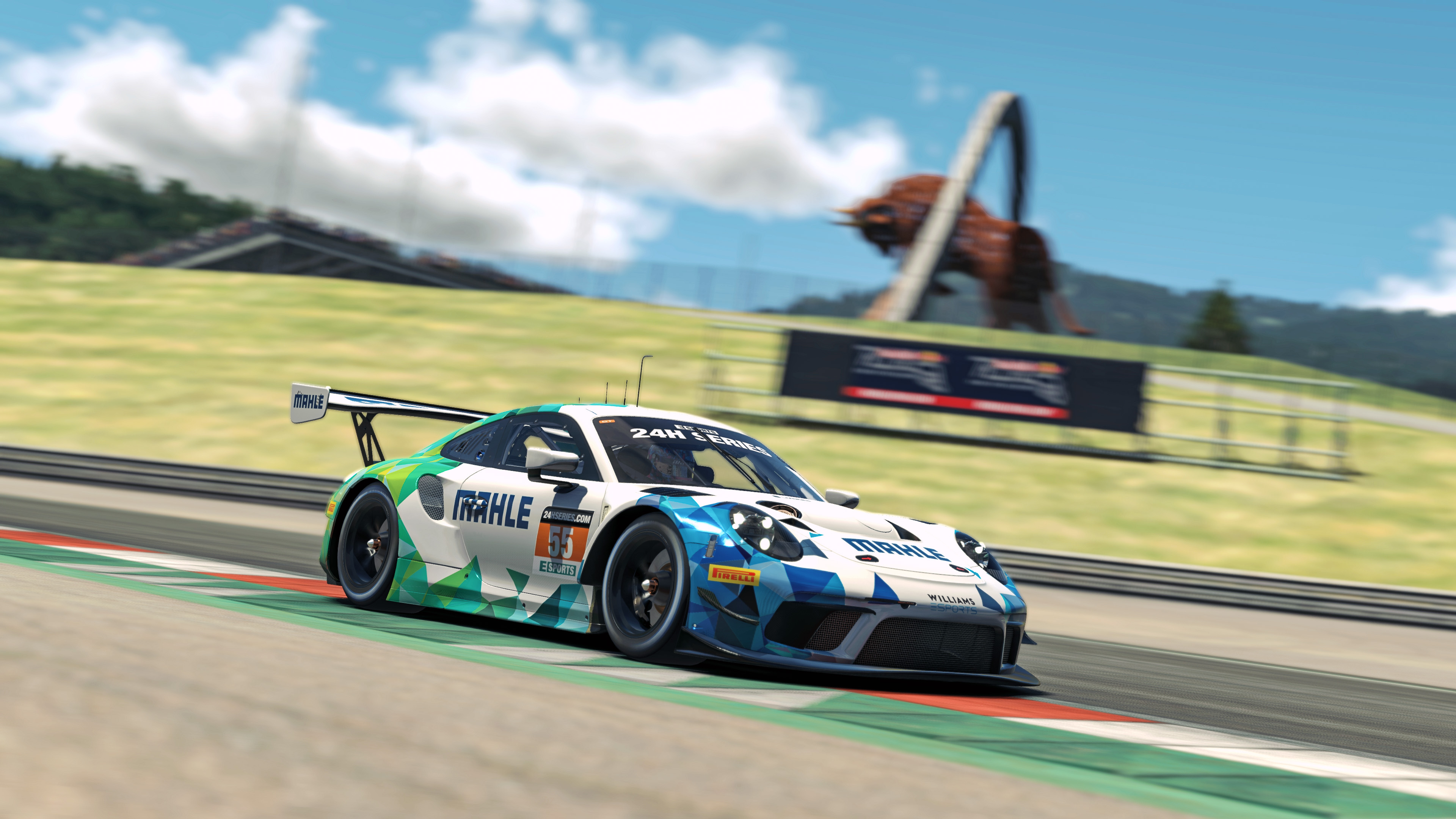 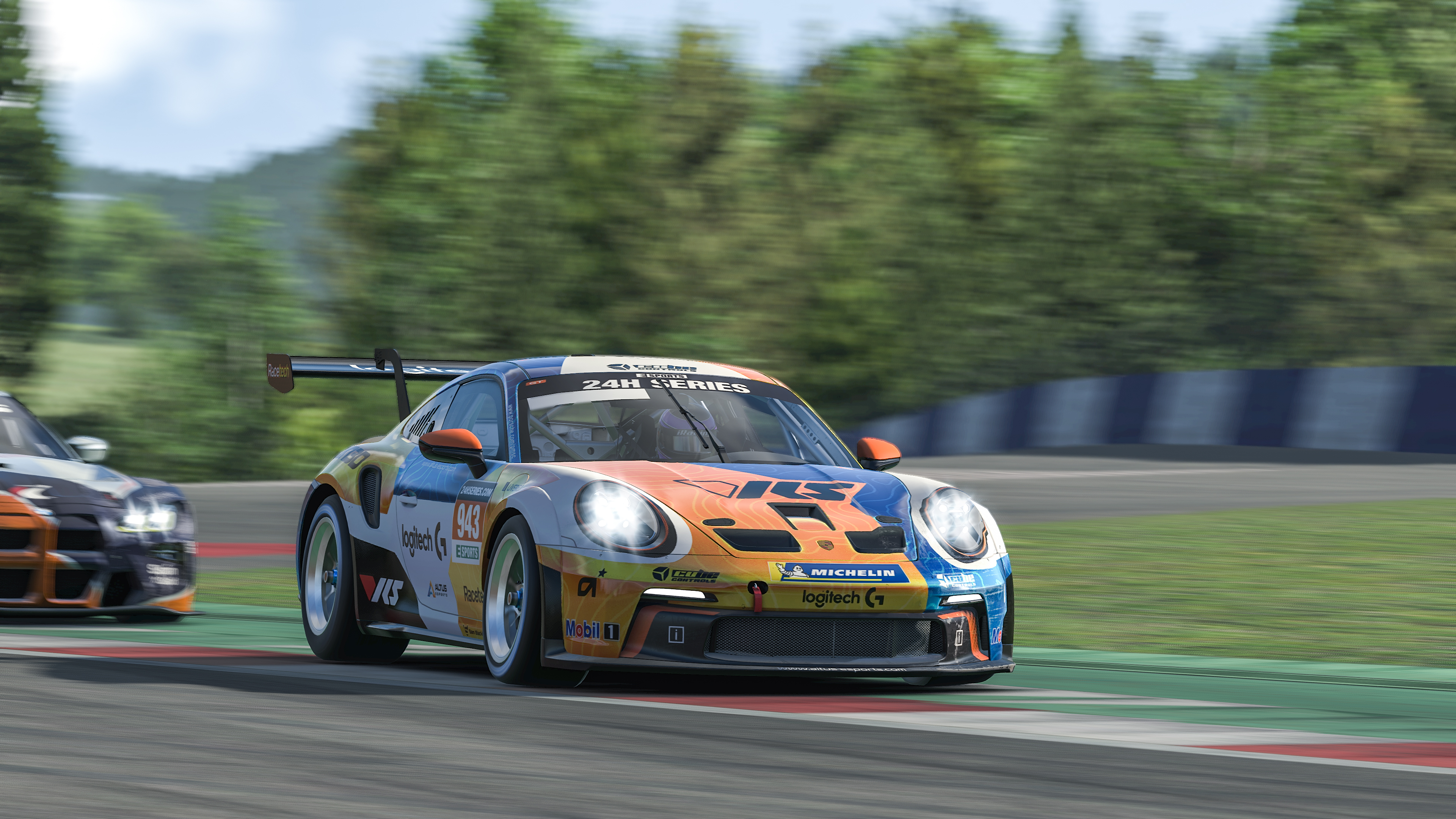 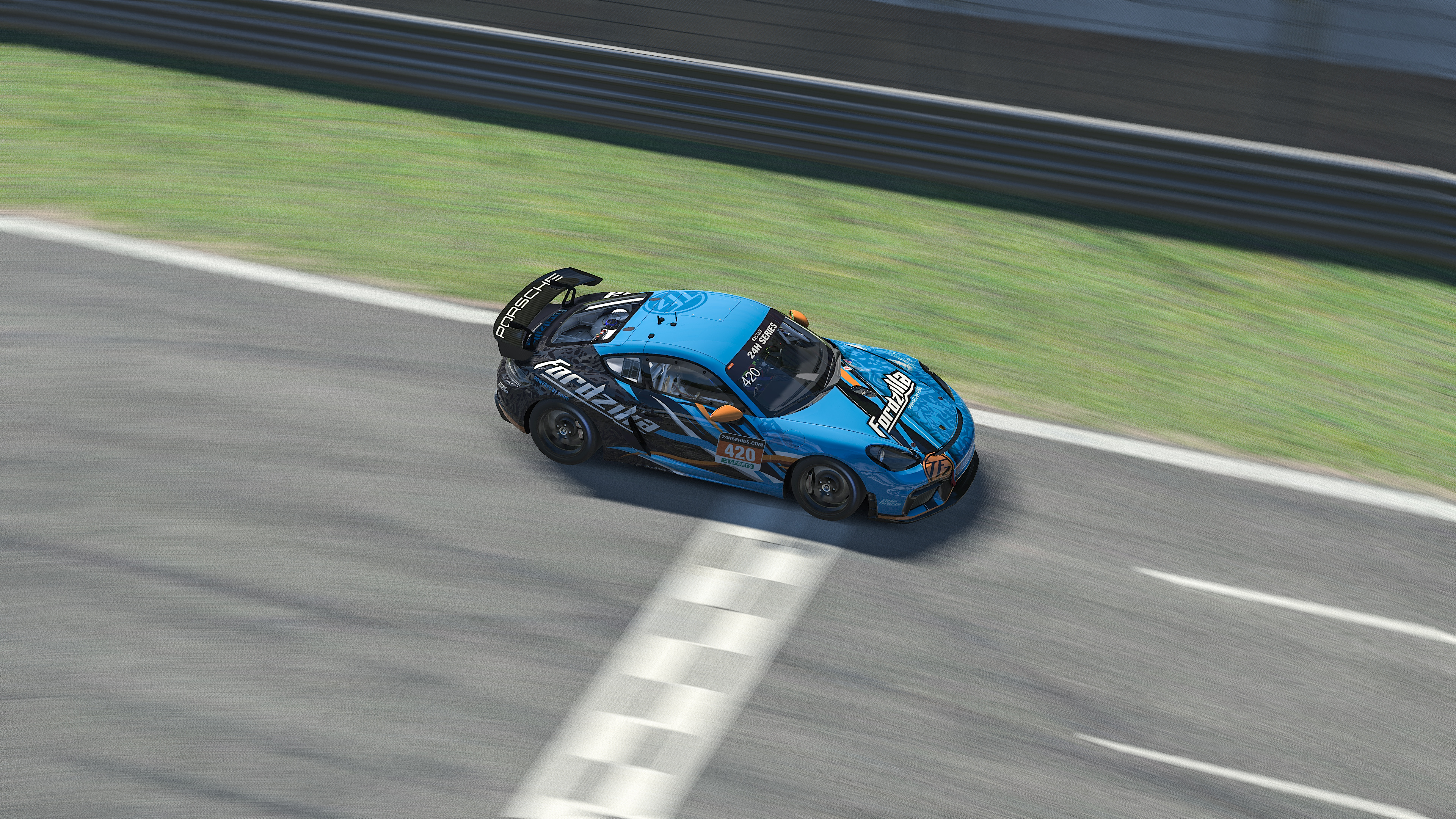 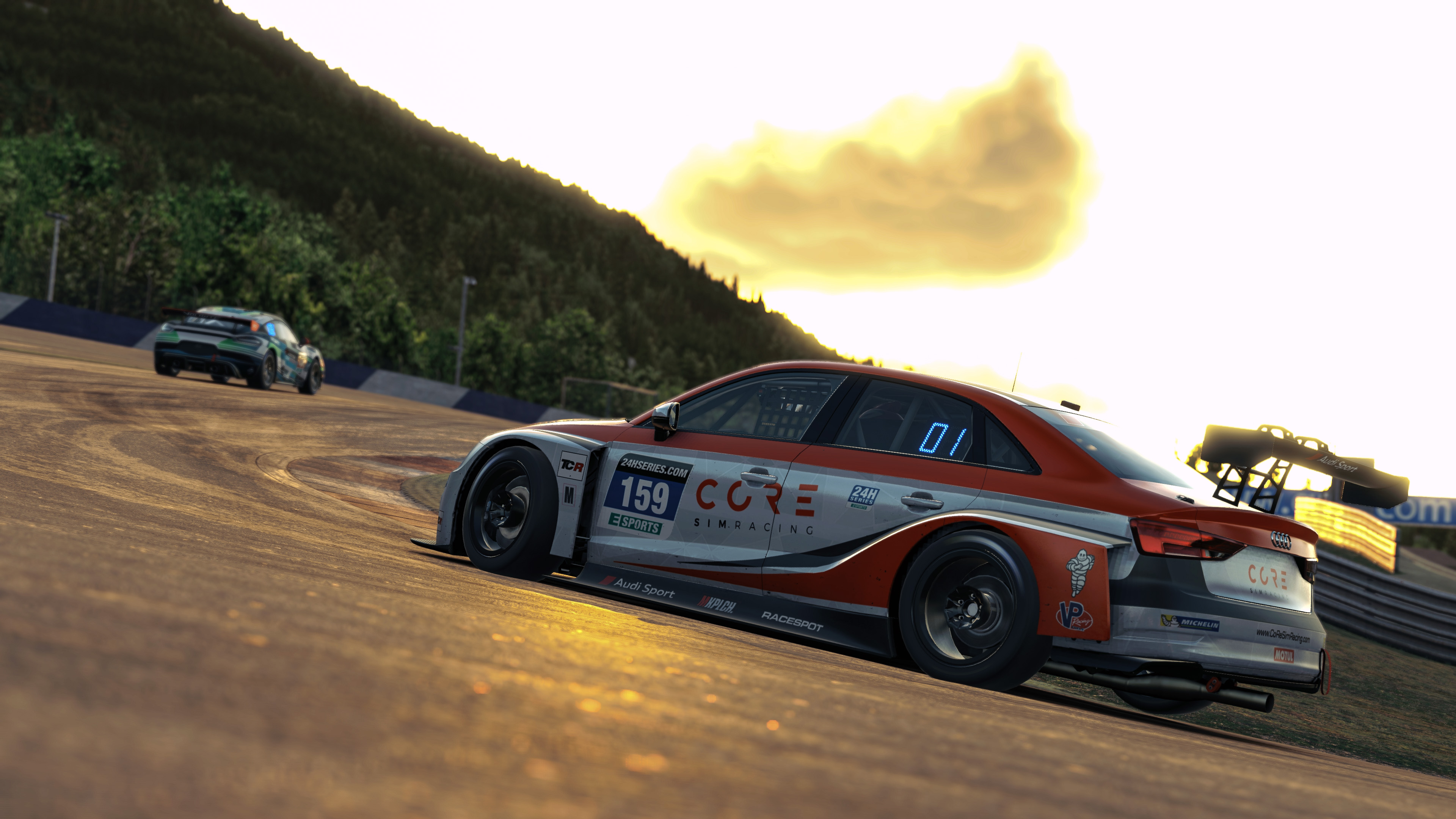