Munich – With the fifth overall winner in the fifth race, the 24H SERIES ESPORTS powered by VCO season is entering the finishing straight. The 6 Hours of Barcelona – the penultimate event of the season ahead of the final at Spa-Francorchamps – was won by the Williams Esports team in the virtual BMW M4 GT3. In a gripping duel, Daniel Lafuente and Sota Muto prevailed over the MSI eSports BMW M4 GT3 with a lead of just 0.7 seconds. Williams Esports secured victory in the Porsche 992 class as well. The favourites won the GT4 and TCR classes. Team75 Bernhard by SimRC and CoRe SimRacing celebrated their fourth class win respectively in the fifth race.

In the GT3 category, Lafuente and Muto started from third on the grid and took the lead for the first time after the first round of pit stops, and defended their lead as the race progressed, despite immense pressure from MSI eSports. Third place went to Biela Racing Team EURONICS II. Alessandro Bico and Moreno Sirica were unbeatable in the Porsche 992 category, making it an outstanding evening for Williams Esports. They crossed the finish line 8.6 seconds ahead of CoRe SimRacing and around 25 seconds ahead of Logitech G Altus Esports.

In the GT4 class, Jürgen Frank and Hayden Berns in the Porsche 718 Cayman GT4 of Team75 Bernhard by SimRC were unbeatable for the fourth time this season. Puresims Esports and Undercut Racing Team finished in second and third place. Kieran Harrison and Corentin Guinez of CoRe SimRacing in the Audi RS 3 LMS dominated the TCR category, with MSI eSports and Team Heusinkveld finishing in second and third place and trailing by more than one lap.

The season finale, the 12 Hours of Spa-Francorchamps, will be held on 17th April. Double points will be awarded for the overall standings.

Reactions of the winners:

Daniel Lafuente (Williams Esports, overall winner): “It was a very hard-fought win. I’m speechless and soaked in sweat. After the final pit stop, when we only changed two tyres, I had a lead of around two seconds over MSI eSports. They applied an incredible amount of pressure – hats off to their performance. It went down to the final turn, where I gave 100% to make sure there was no room to overtake. Huge thanks to the team. We had a great set-up and a fantastic strategy.”

Moreno Sirica (Williams Esports, 992 class winner): “I’m delighted with this win. Alessandro did an amazing job in the opening phase and got us into the position I needed. After those behind us were awarded penalties, I was able to bring the win home safely. If CoRe SimRacing hadn’t been penalised, we would have had as close a finish in our class as they did in the GT3 class.”

Jürgen Frank (Team75 Bernhard by SimRC, GT4 class winner): “It was a great race for us. The fact that all the starters in the GT4 class chose to race in the Porsche Cayman this time made things less complicated because there was no need for BoP. In terms of strategy, we saw a few different approaches. It seems that we opted for the right one, otherwise we wouldn’t have won. Puresims Esports were very fast, but then they made a mistake and were penalised for it.”

Kieran Harrison (CoRe SimRacing, TCR class winner): “The first stint was primarily about slipstream for us, but then our fuel management allowed us to pull away gradually. Traffic was a huge factor in the final sector. The GT3 cars didn’t want to line up behind us in the final chicane and were really aggressive. We had to be careful. But it all worked out really well in the end.” 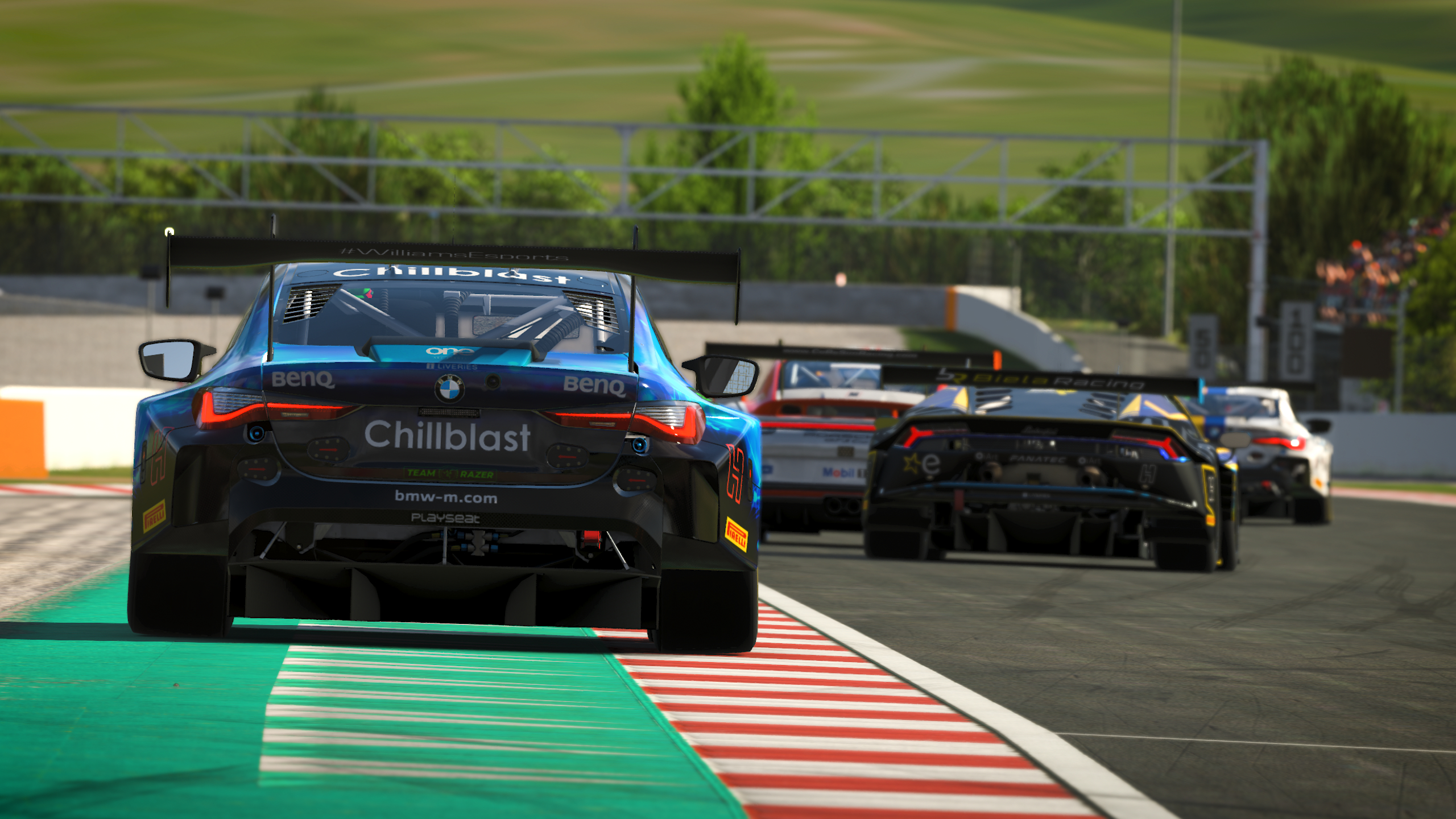 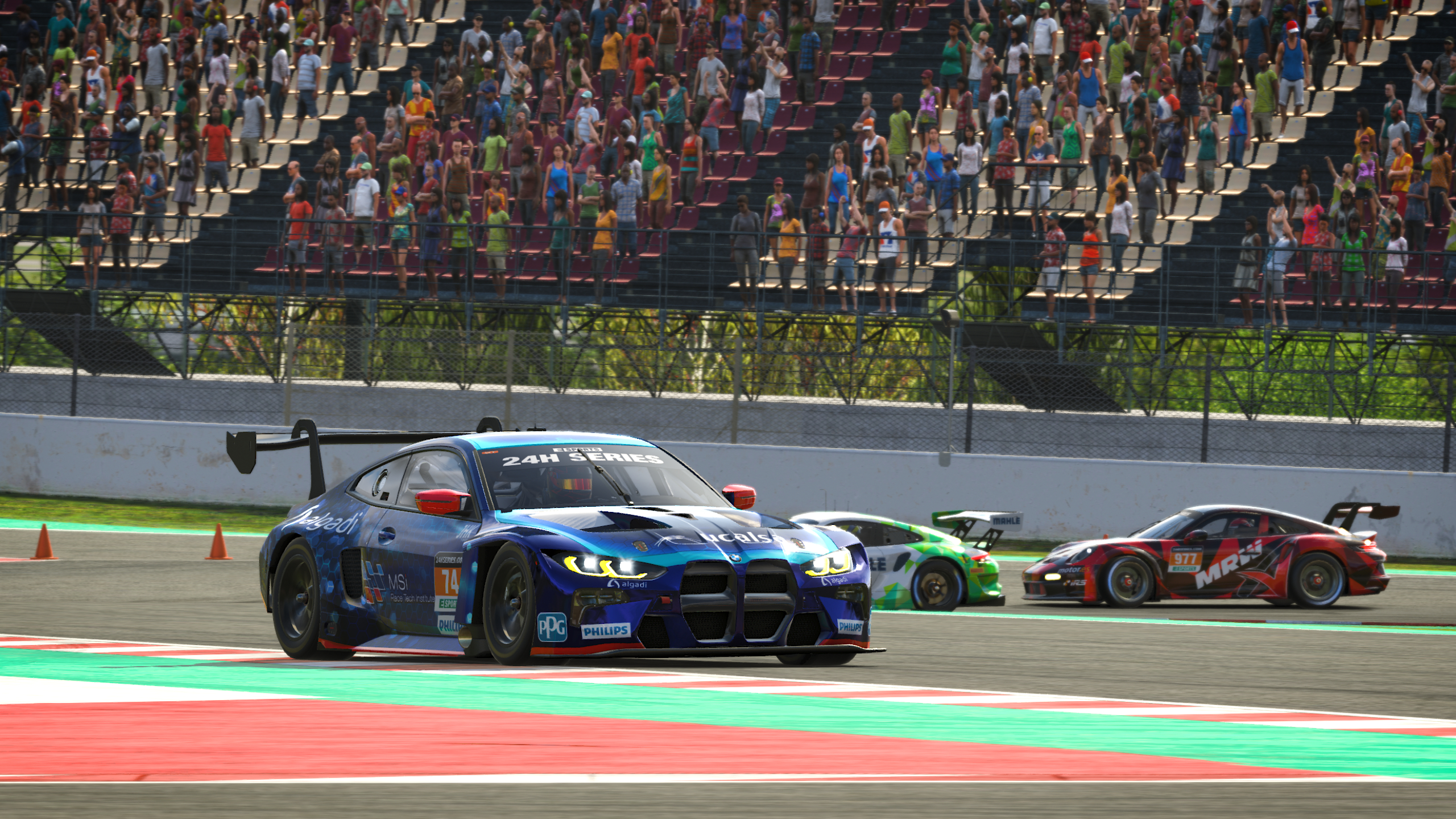 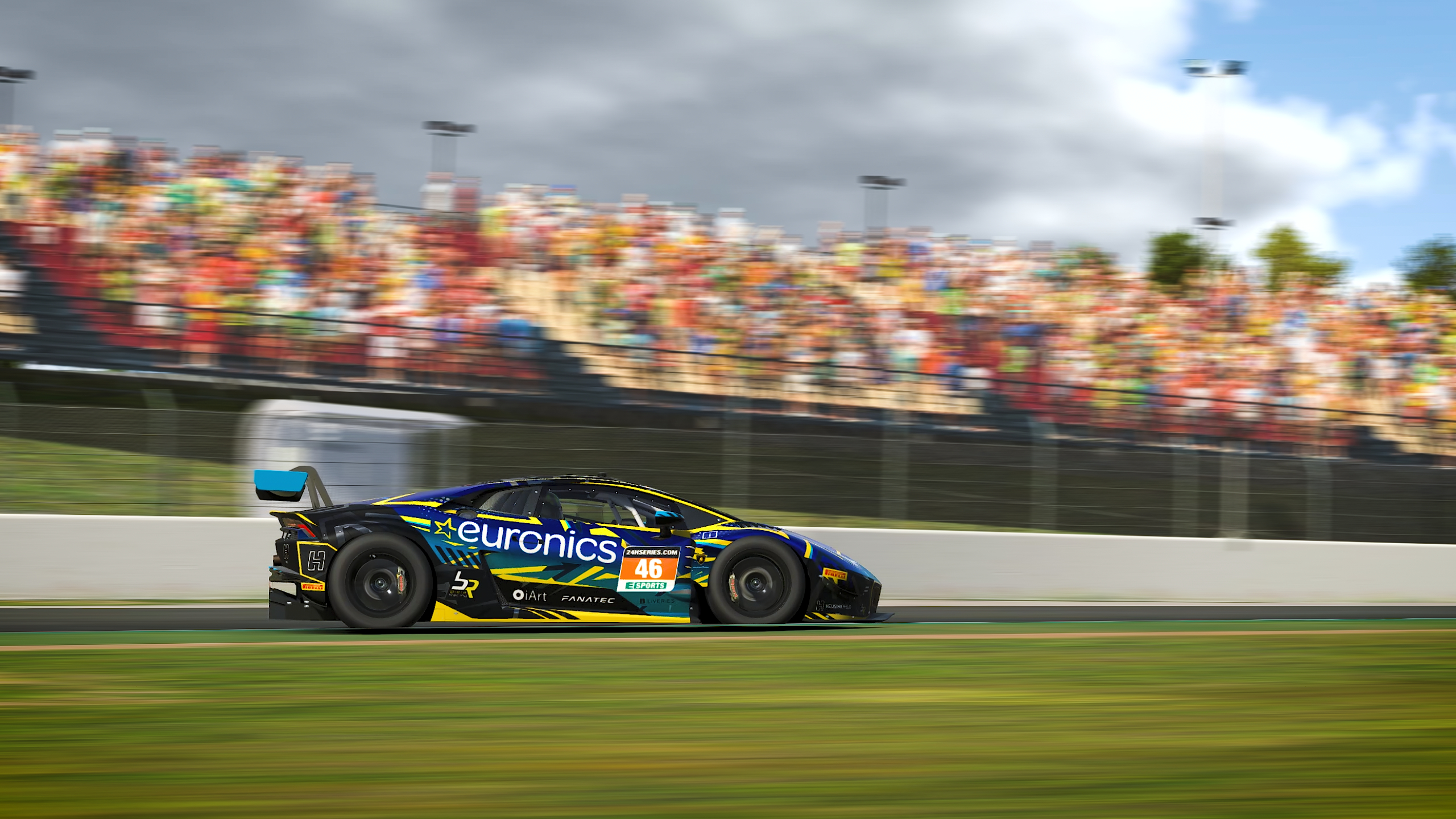 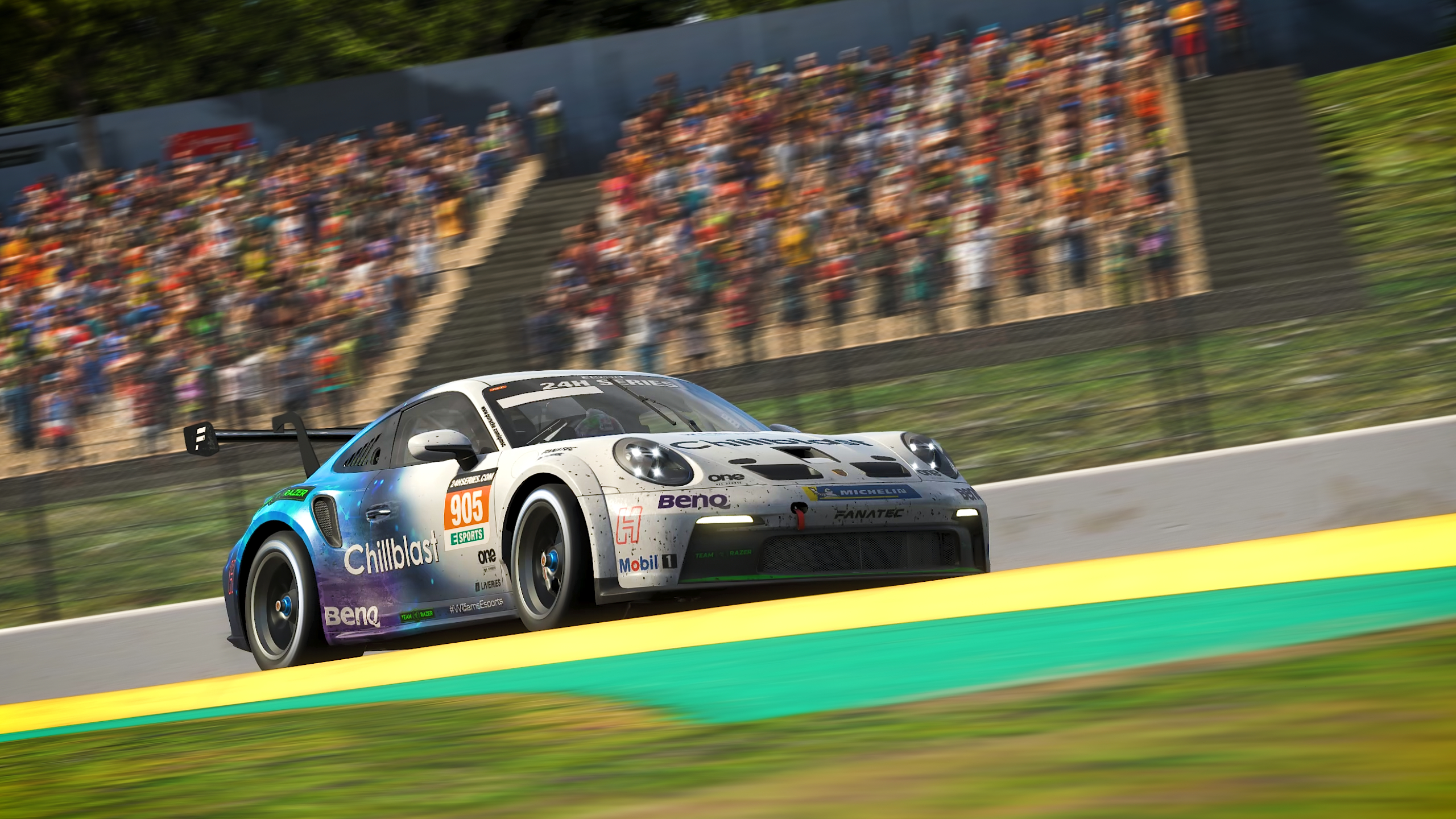 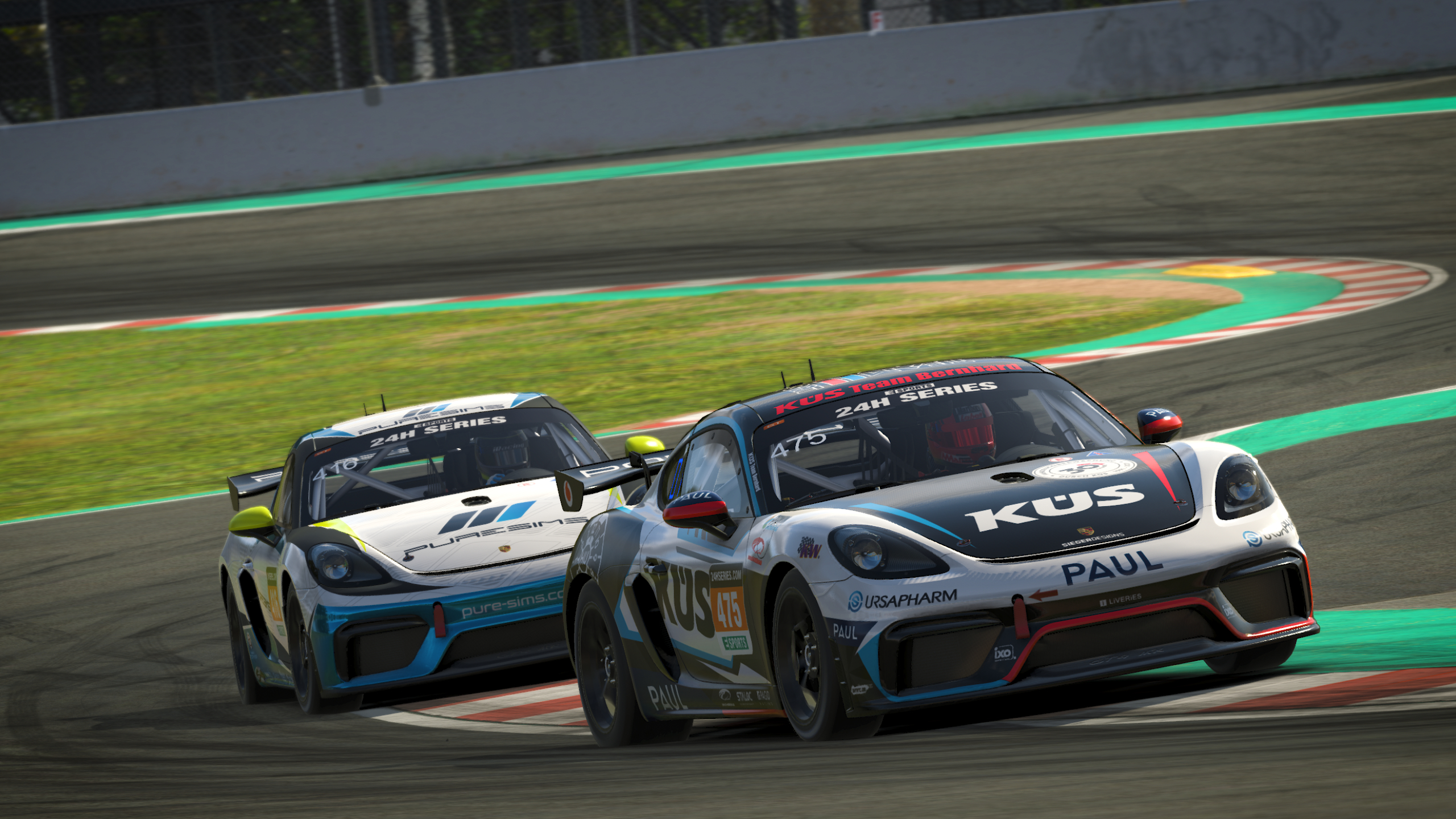 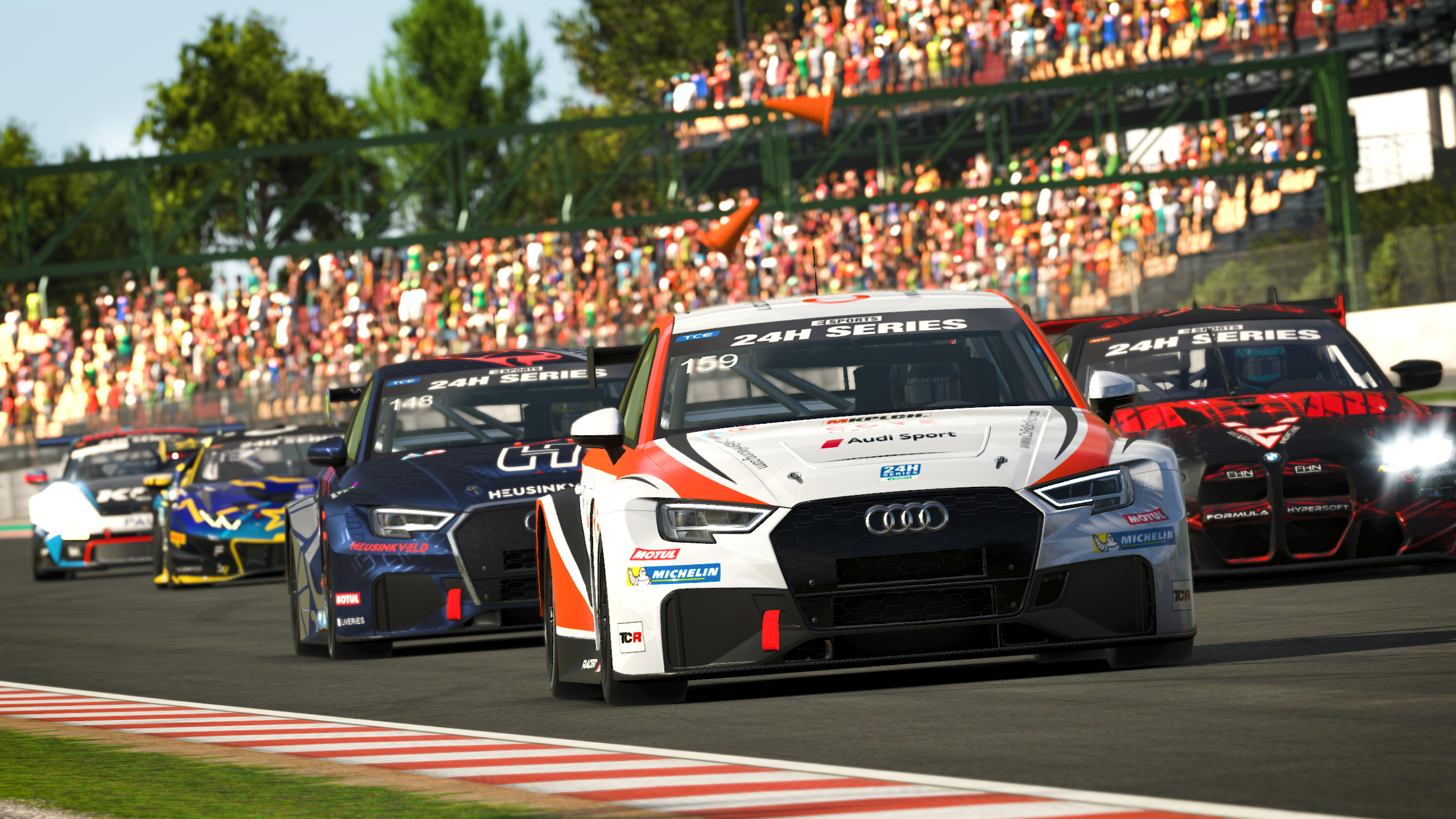